The Genius Of… Fontanelle by Babes In Toyland

Three decades from its release, Babes In Toyland’s sophomore album stands as a post-grunge classic that means much more to women than its reductive 1990s labelling suggests.

The flesh-tearing, brain-shredding ferocity and heartbreaking melancholy of Babes In Toyland’s Fontanelle still has cred. If you don’t turn up the volume when you hear Kat Bjelland howl “You got this thing that really makes me hot” on opener Bruise Violet, are you even alive?

Released 30 years ago in August 1992, Babes In Toyland’s second album knowingly and subversively avoids spit and polish. Instead, it favours the sort of raw, visceral live-performance energy that threatens to blow right out of the studio. In veteran producer and Sonic Youth icon Lee Ranaldo, the band – formed in 1987 – found a producer who valued what the band was and understood their potential.

Ranaldo co-produced with Babes’ frontwoman and guitarist, Oregon-born Bjelland, who by this stage had already established a captivating onstage reputation and an turbulent offstage personality.

“Kat and I had, I believe, a kind of intuitive understanding of what we were going for,” Ranaldo tells Guitar.com, “based on our friendship and shared history at the time, having toured together. The plan was to capture as much of that energy as we could in a studio setting. The band planned to play mostly live in the studio and then add any overdubs and the vocals. If Michelle [Leon] had remained in the band, this would have gone as planned – as the demos had.”

When the band got to the studio, though, those plans were thrown by bassist Michelle Leon’s departure due for personal reasons, and her replacement with Maureen Herman.
“We got good stuff, just went about it differently,” Ranaldo says. “I don’t want to disparage Maureen’s playing because, when I listen to the record, all that falls away and it sounds really good.”

Throughout Fontanelle, Bjelland snarls over shredding riffs, wailing and growling before switching into a girlish, sardonically sweet croon. Her vocal callisthenics never leave the listener in doubt that she’s in total control. She doesn’t sound like multiple women, she sounds like Kat Bjelland: complex, confrontational and, often, like her voice is stripping paint.

Bjelland, like her friend Courtney Love, was lumped into the riot grrrl scene. Music critics forced comparisons with Nirvana and Mudhoney in a primitive, lazy boys-versus-girls media war. Like Love, Bjelland’s unapologetic personality riled audiences and fellow musicians. But both women’s talents outweigh their “difficult” label, and both would attract Sonic Youth founding members to produce their most groundbreaking albums (Love appealed successfully to Kim Gordon to produce Pretty On The Inside). 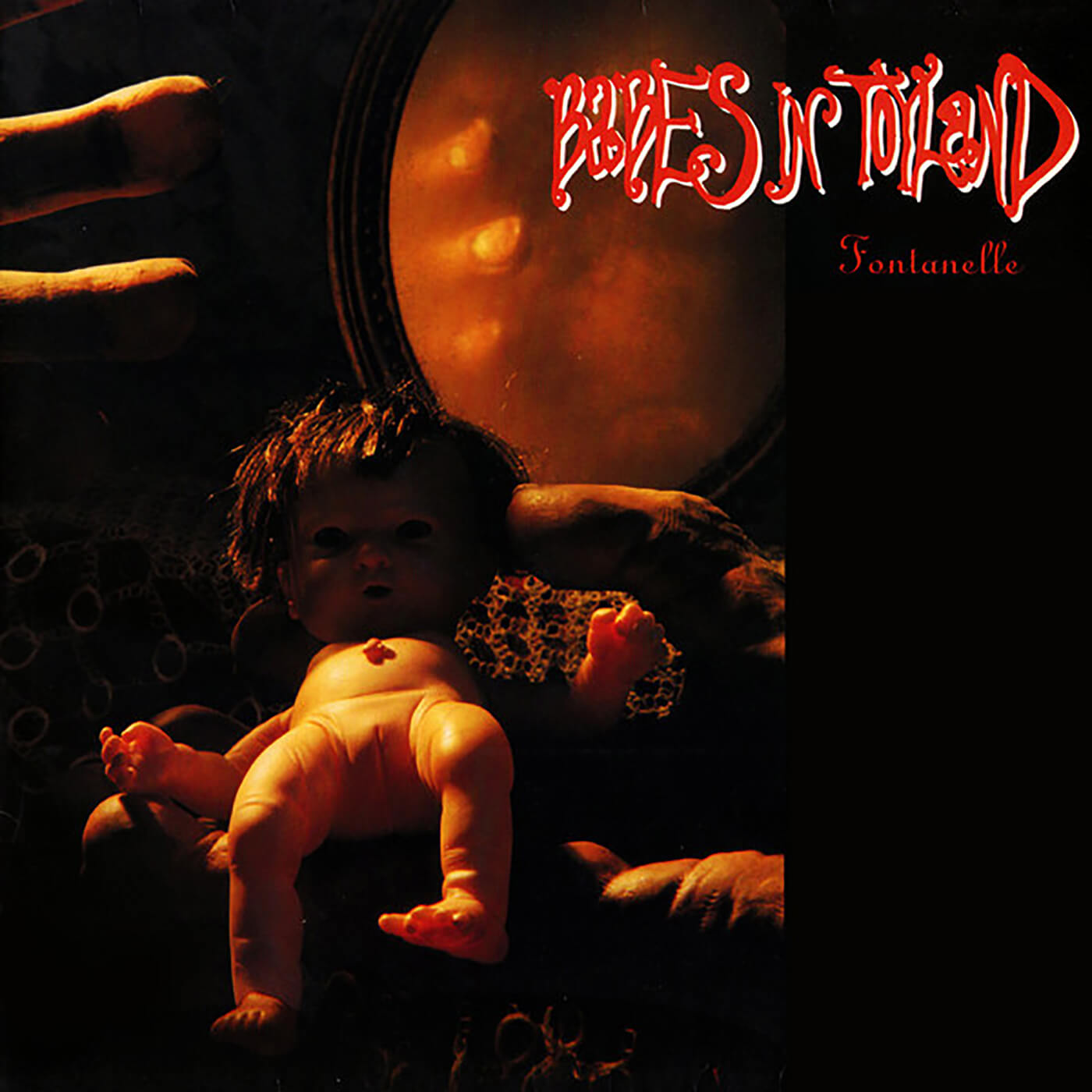 In 1992, Ranaldo was immersed in noise and New York punk, which explains why Fontanelle features ravaging, immersive, virile guitar, rather than the melodic, spangly sounds Sonic Youth would conjure up in the middle of the decade. Fontanelle isn’t a noise album though – it’s courageously punk and melodiously post-grunge but also candidly emotive.

“They were a young band that we’d gotten to see coming through New York or when we went through Minneapolis,” Ranaldo tells us. “They were super-exciting, both Kat lyrically and the band musically were really knocking us out. We took them on a whole lot of Europe and States tours with us, we became great friends in the late 1980s to early 1990s.”
Ranaldo recalls that it was a friend of his, legendary Capitol Records and Warner A&R executive Tim Carr (Beastie Boys, Megadeth, David Byrne) who signed Babes for their first major label release, on Reprise.

“Either Kat or Tim suggested I could produce their major label debut,” he says, “and I was in love with what they were doing at the time, so we decamped to this studio in the sticks, an hour or so outside Minneapolis: Pachyderm Studios in Cannon Falls, Minnesota.”

There are echoes of late-era Jon Spencer Blues Explosion and the thundering severity of Bikini Kill in epic tracks Mother, Bruise Violet and Won’t Tell. The sound of glass smashing over distant shrieks opens Gone, while Bjelland’s molasses-rich, tawny drawl washes over the mess. In these rare moments, the singer refuses to hide behind the howling and snappy riffs that shield her from others; instead she allows her voice to be heard.

It occurs again on Mother, still a heartbreaker three decades later. When Bjelland pleads “Sissssster” atop pummelling guitars, we dare you not to feel something. “This is my life, Sister, come and take my life,” she demands, with resignation and enormous sadness. Here, we wonder whether Bjelland is obliquely referencing the media and industry-induced wars between women that are still waged today? (God forbid there’s more than one woman on stage at Lollapalooza or that women are friends and not rivals.) It’s telling that the song ends with the haunting, repeated line, “You are me, you are me”.

Fontanelle is a collection of 15 that burn with brutal energy. It’s more than mere anger; that isn’t sustainable or relatable. Instead, the album showcases a deep desire for catharsis and almost a desperation to be heard.

“I loved that [Bjelland] was such an emotional player on stage and she was really wild, an honestly wild person,” Ranaldo recalls. “That had its good points and its bad points, dangerous points, and artistic, creative moments. When they were getting ready to make [Fontanelle], they’d made another record, just one or two before that, and they were in a place where they were firing on all cylinders. Their live shows were incredible, they had songs they were ready to record, and they were phenomenal.”