The Genius Of… For Emma, Forever Ago by Bon Iver

As anyone who has ever deleted an ex’s phone number while bawling away to Justin Vernon’s impassioned Skinny Love will know, Bon Iver’s For Emma, Forever Ago is among the all-time great break-up records. While Vernon’s later work as part of the full-fat five-piece Bon Iver would see him evolve into an innovative producer and dynamic vocal manipulator, much of the singer’s most stirring writing – and absorbing guitar playing – can be heard here on his cabin-recorded debut.

Though the making of the album was preceded by a break-up, For Emma, Forever Ago wasn’t written to document the end of that particular relationship. “The relationship that [had recently ended] wasn’t what the relationship that I think the record is about,” Vernon told The Observer in 2008, “It’s really about people’s first love, like mine, and how I never got over it.”

For Vernon, that recent break-up was just one thread in a tapestry of problems, which included the disintegration of his then band, struggles with online gambling addiction, and a spate of debilitating health problems.

While bedridden and fending off a bout of mono, Vernon saw a vintage Silvertone S1348 on eBay. The hollow-bodied, single-humbucker model, which originally had to be purchased from the Sears catalogue, originated in 1964. Vernon landed a bargain price and fell in love with the guitar’s wooden, creaky sound – a sonic characteristic that would form the spine of Bon Iver’s debut.

Retreating to his dad’s hunting cabin in Eau Claire County, Wisconsin, Vernon settled into a simple, solitary life. The rhythms of the natural world are reflected in Vernon’s songwriting, which weaves tempestuous storms and the very real threat of wild predators with an internal fragility and deep-seated heartbreak.

An example can be heard on For Emma, Forever Ago’s meditative centrepiece, The Wolves (Act I and II). Uniquely tuned to FGDFAC and using yet another vintage guitar – a 1930s National Duolian resonator – Vernon lets open chords hang and shimmer in the air, selectively ringing notes to enhance their scene-setting poignancy. As he paints a metaphorical (and possibly literal) image of encircling wolves, the song spreads out into its uplifting, transcendent second movement.

The same open-tuned warmth informed the writing of Lump Sum and closer re: Stacks, albeit via a more conventional open D tuning. The former’s triple-strummed chords maintain a constant throb, doggedly tunnelling their way through the track. The latter resolves the record via a brighter chord sequence, evoking a satisfying sense of closure via its lulling movement between A♭ and Fm7. 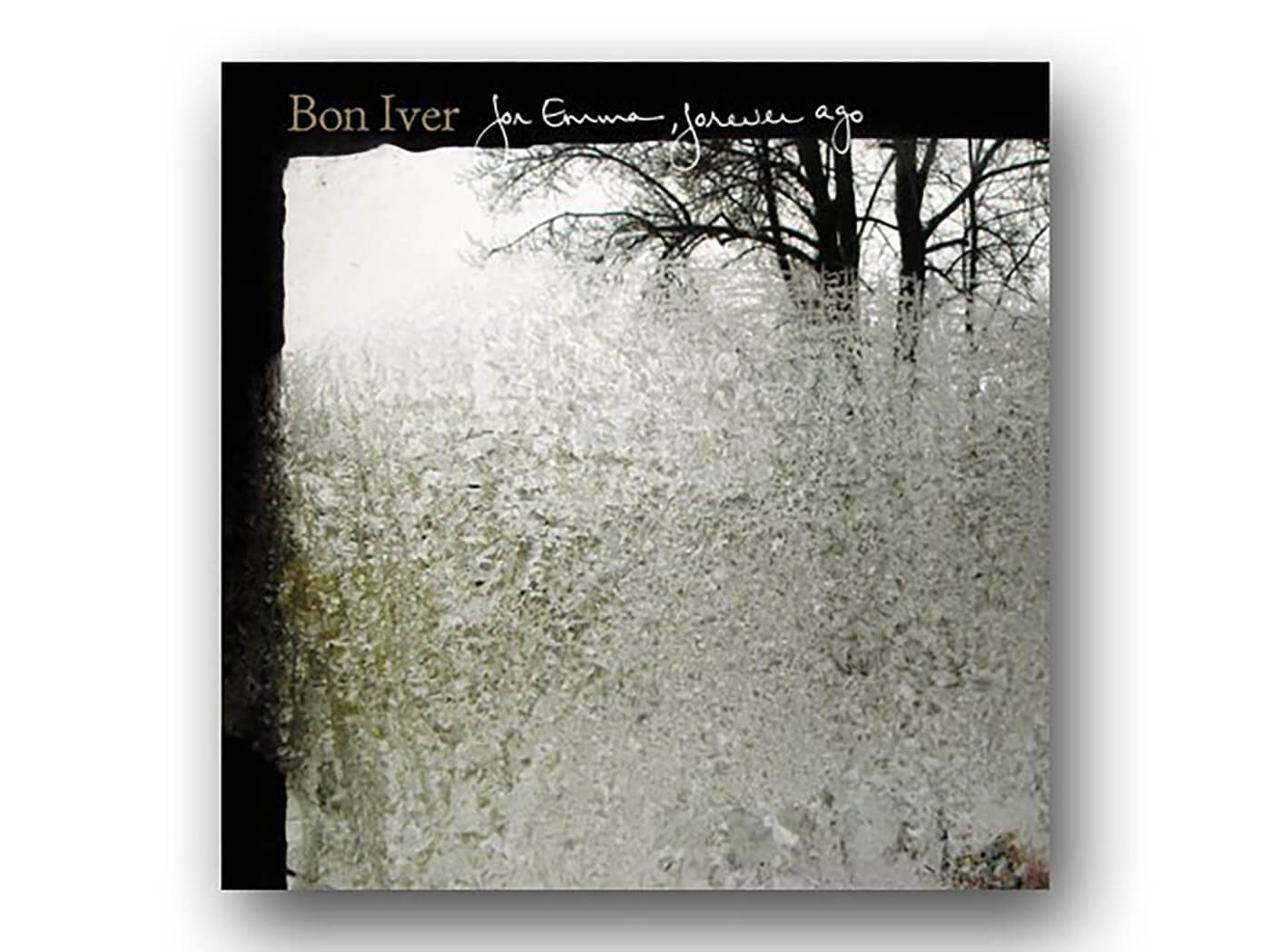 Who will love you?

Within his cabin, Vernon’s studio setup consisted of a Mac running Pro Tools LE, a few microphones, and some additional guitars. However, the weathered Silvertone remained the record’s cornerstone, stable ground on which Vernon could experiment with his falsetto vocals. With further pitch editing via Antares Auto-Tune, Vernon built up what would become a Bon Iver signature: dense processed choirs and lush vocal harmonies.

The songs crafted in that Eau Claire cabin were beyond anything Vernon had written previously. They were his means of exorcising the unrest in his life. It’s the artist’s bracing honesty that underpins the record’s most enduring track, Skinny Love. Putting the Silvertone to one side, Vernon once again used the 1930s resonator to achieve a brittle, paper-thin sound that lends to the song’s anguished, worn quality.

The tone is reflected in the song’s lyric, wherein Vernon pleads to a partner to help keep their malnourished relationship alive. Vernon’s undulating movement from Am to C during the verse is peppered with fills and has a shabby, barely held together feel. Skinny Love is one of the most compelling and candid love songs ever written.

This is my excavation

For Emma, Forever Ago’s guitar arrangements are minimal, but there is subtle augmentation to be found here. Listen to Creature Fear, and Team’s hammering bass line and distant harmonics, and the exquisite three-note slide part on For Emma, which glides through an expansive arrangement and directs a mournful horn section.

The results of Vernon’s cathartic cabin retreat astounded friends and fellow musicians, who pushed for him to release the record exactly as it was. After grassroots acclaim, Indiana-based indie label Jagjaguwar took on Vernon, and launched Bon Iver’s debut to astonishing success. It would later be recognised as one of the decade’s strongest works.

Marrying his self-reflection with a warm, sensitive guitar approach, For Emma, Forever Ago demonstrates Bon Iver’s vulnerability and resolve, and remains one of the most moving exercises in emotional catharsis ever recorded.