The Genius Of… Harvest by Neil Young

He had “a bad back” and “didn’t know what else to do”. But as a result, Neil Young created an album of simple low-key tunes that defined folky rockin’ and ‘home recording’, and continues to reap rewards 50 years later.

It’s the one Neil Young album people who don’t really like Neil Young own. And Harvest may not even be Neil Young’s best album. But Harvest was and is more than just “another Neil Young” LP.

It was Neil Young’s first big hit: and despite his legendary status, he’s actually not scored super-hits that often. Heart Of Gold went to No.1 in the US and according to Billboard’s own figures Harvest was 1972’s best-selling album – more units shifted, even, than the Rolling Stones’ Exile On Main Street, Simon & Garfunkel’s Greatest Hits plus, Bowie’s Ziggy Stardust…, Elton, and a then-rampaging Deep Purple. How come?

More than that, Harvest tapped into the early 70s growing sense that music really didn’t need to be ever more loud and grandiose (take that, Yes, and your Fragile intricacies called The Fish (Schindleria Praematurus)!) Neil decided he could record in a kitchen. On the porch. Or in a barn…

Another noted star of the day was Carole King, whose Tapestry and Music also proved that simply good songs always win the day. Young certainly wasn’t the first, but that well-worn “broken hearted singer-songwriter” vibe as valid “rock” performance? It kinda starts with Harvest.

Mild in the country

Despite his notorious hard-headedness… Despite his super-long raging electric guitar solos… Despite his ‘grand concept’ albums that cover every topic from drug death to ecology to anti-agrarian corporations… Young’s always been a serial collaborator. And Harvest is really no different. Although his name alone adorns the cover, he hooked some celebrated Nashville country session musicians he dubbed The Stray Gators, and also the London Symphony Orchestra. He also tapped future folk/country ascendants Linda Ronstadt and James Taylor, while previous bandmates David Crosby, Steven Stills, and Graham Nash all provided backing vocals.

Sounds confused? It was, a bit. In a now-fabled performance at Toronto’s Massey Hall in January 1971, Young shuffled in front of his hometown crowd and remarked of his songs: “I’ve written so many new ones that I can’t think of anything else to do with them other than sing them.” Potent, stripped down songs called Heart of Gold, Old Man and The Needle And The Damage Done were duly tested. Young liked them, his audience loved them. As part of his then Journey Through The Past tour, a newer image of Young alone – free from Buffalo Springfield and CSNY – hunkered over his Martin acoustic hammering out those clanking chords, was one soon set in stone.

In fact, Young’s relocation to ballad-ville was purely a practical concern at first: persistent back problems, which later required surgery, had made it painful for him to play his weighty “Old Black” Les Paul or other electrics and he simply couldn’t perform properly cranked or even standing up. A month after Toronto, while playing with Taylor and Ronstadt for a Johnny Cash TV Show session recorded in Nashville, Young was still travelling light with just his Martin D-45.

While in Music City, Young accepted a dinner invite from young producer Elliot Mazer (1941-2021) who had just launched Quadrafonic Sound Studios, a converted two-storey house in Nashville’s Music Row. Mazer knew early the “romance” a place like Quad could offer: “The control room was the old porch. The living room and the dining room became the two live rooms, and the kitchen became a drum area.” The name though? “We called it ‘Quadraphonic’ as a joke,” Mazer later explained, “although it did have four speakers in the control room.”

Young started at Quad in February 1971. It was a Saturday night, and Mazer had to quickly assemble a band of whoever he knew who was in a fit state to record. Some of them, Young didn’t even know.

Mazer later told TapeOp.com, “Neil was very specific about what he wanted. When Neil Young plays a song, his body language dictates everything about the arrangement. Neil sat in the control room of Quadrafonic and played Heart Of Gold. Kenny [Buttrey, drums] and I looked at each other, and we both knew it was a number one record. We heard the song and all we had to do was move Neil into the studio and get the band out there, start the machine and make it sound good. It was incredible!

“At one point [on Out On The Weekend], Neil said to Kenny that his hi-hat was too busy, so Kenny said, ‘Fine. I’ll sit on my right hand.’ He played the whole take sitting on his right hand.” By only three days in, Young had already cut the versions of Old Man and Heart Of Gold to be released. “Neil and the band played live,” said Mazer, “same as every song on Harvest.” 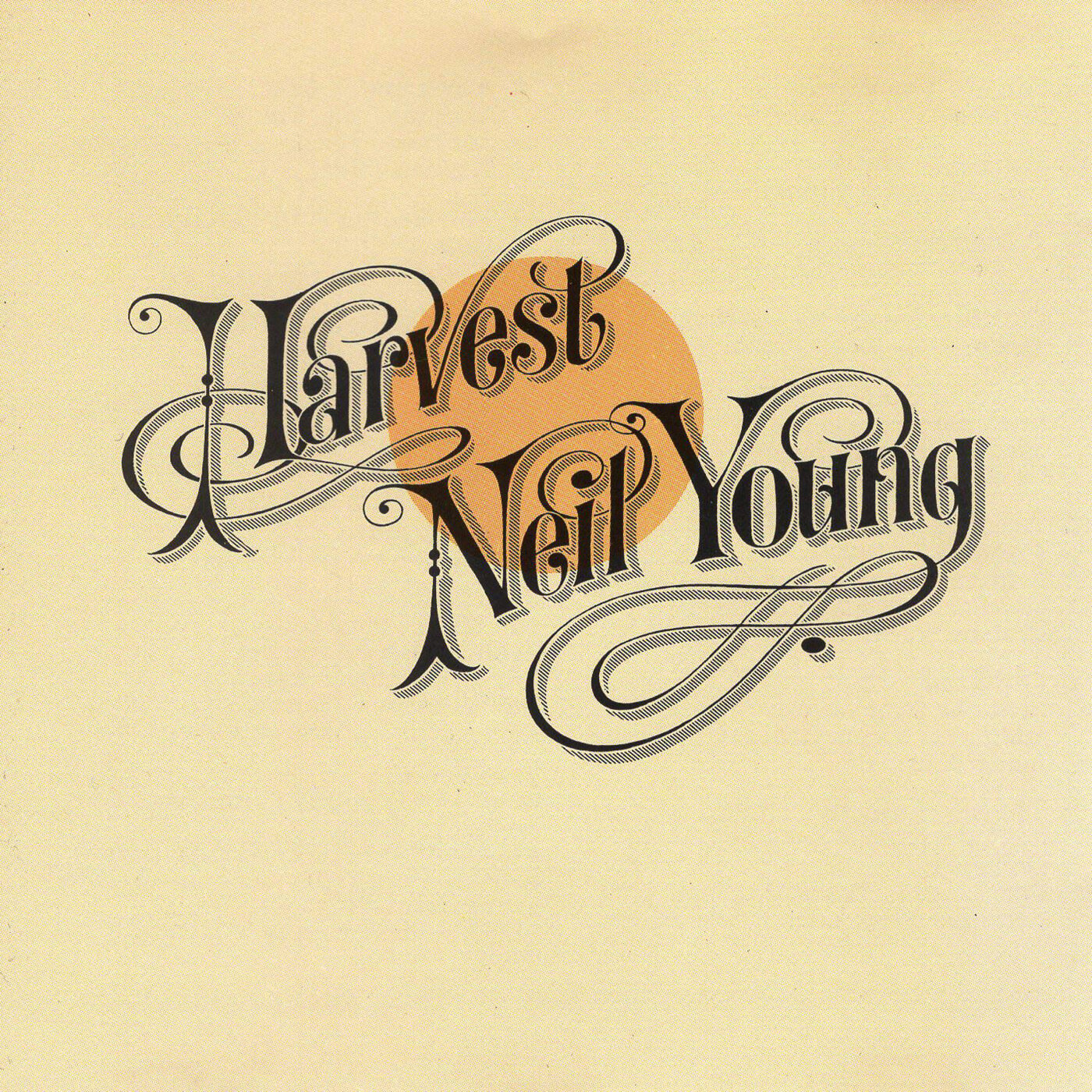 That said, Harvest had three very different stages. Young was soon on the move again, to London, for BBC TV’s In Concert (another legendary show, some is on YouTube) and a live date at the Royal Festival Hall. On the same visit, A Man Needs A Maid was one of two songs recorded with Young on piano and with backing from the London Symphony Orchestra, the glamorous recording location being… Barking Town Hall.

Like Phil Spector’s strings on The Beatles’ Let It Be, the arrangements of Jack Nitzsche – notably also Spector’s production sidekick – have often been criticized as overbearing and ill-matching. But Rolling Stone said the strings on A Man Needs a Maid made for “a moving union of grandeur and vulnerability.” Young doesn’t care for critics and, anyways, he was happy: “Bob Dylan told me it was one of his favourites,” Young noted. “I listened closer to Bob.”

Young took a break for most of April to September ’71, when he reconvened his makeshift Stray Gators at the California ranch he’d called Broken Arrow. Time for more electric cropping this time, as in the expansive wooden barn they nailed down Alabama, Are You Ready For The Country? and Words (Between The Lines Of Age).

There was one more recording needed. And for another Young classic, The Needle And The Damage Done. A deeply-emotional songs about the perils of heroin addiction, its descending chord pattern is reminiscent of The Beatles’ Dear Prudence and is centred around Young’s recognizable flatpicking style. He didn’t even bother with a studio or a barn for capturing this: the album track is taken from an early live recording from Los Angeles’s UCLA on 30 January 1971, the day after Toronto, the day after Neil Young said “I can’t think of anything else to do…” September had come, and the Harvest was all but over.

Mixing was completed between Mazer’s Nashville house studio Quadrafonic and Young’s own Broken Arrow Ranch, Mazer taking all his studio desks there. They just needed to have one final run-through to make sure it sounded good.

So it was that Graham Nash visited Broken Arrow, expecting to hear the album from the comfort of Young’s makeshift home studio. “That’s not what Neil had in mind. He said get into the rowboat,” recounted Nash to NPR. “I said, ‘get into the rowboat?’ He said, ‘yeah, we’re going to go out into the middle of the lake’. Now, I think he’s got a little cassette player with him or a little, you know, early digital format player. So I’m thinking I’m going to wear headphones and listen in the relative peace in the middle of Neil’s lake.

“Oh, no. He has his entire house as the left speaker and his entire barn as the right speaker. And I heard Harvest coming out of these two incredibly large loudspeakers, louder than hell. It was unbelievable. Elliot Mazer came down to the shore of the lake and he shouted out to Neil: ‘How was that, Neil?’ And I swear to God, Neil Young shouted back: ‘More barn!’”

The tale enthralled fans of Young’s idiosyncrasy – so much so that superfan Brad Brandeau, of fansite Hyperrust.org, started a cult-line in “More Barn!” t-shirts in the 90s (featuring a cartoon Young and Nash in a rowboat) that eventually earned the Neil seal of approval. Young still gets asked about the tale to these days, and in 2016 confirmed to the Huffington Post that his punchline was true. “Yeah,” Young recalled of his “more barn!” instructions for Harvest: “I think it was a little house heavy.”

Young’s own ambivalence about Harvest has been well-documented, but for every disparaging comment he’s made he’s also sometimes positive about it all. He once told the NME it was “probably the best record I’ve made”.

Young once told a BBC documentary team that he views his albums as “pictures in a gallery” and his true concern is to “how they’re seen in 30 or 40 years’ time.” And, by that measure – from its simple but broad songstrokes to a superbly detailed production and the role of a ranch barn in its final mix – Harvest remains a work of genius. 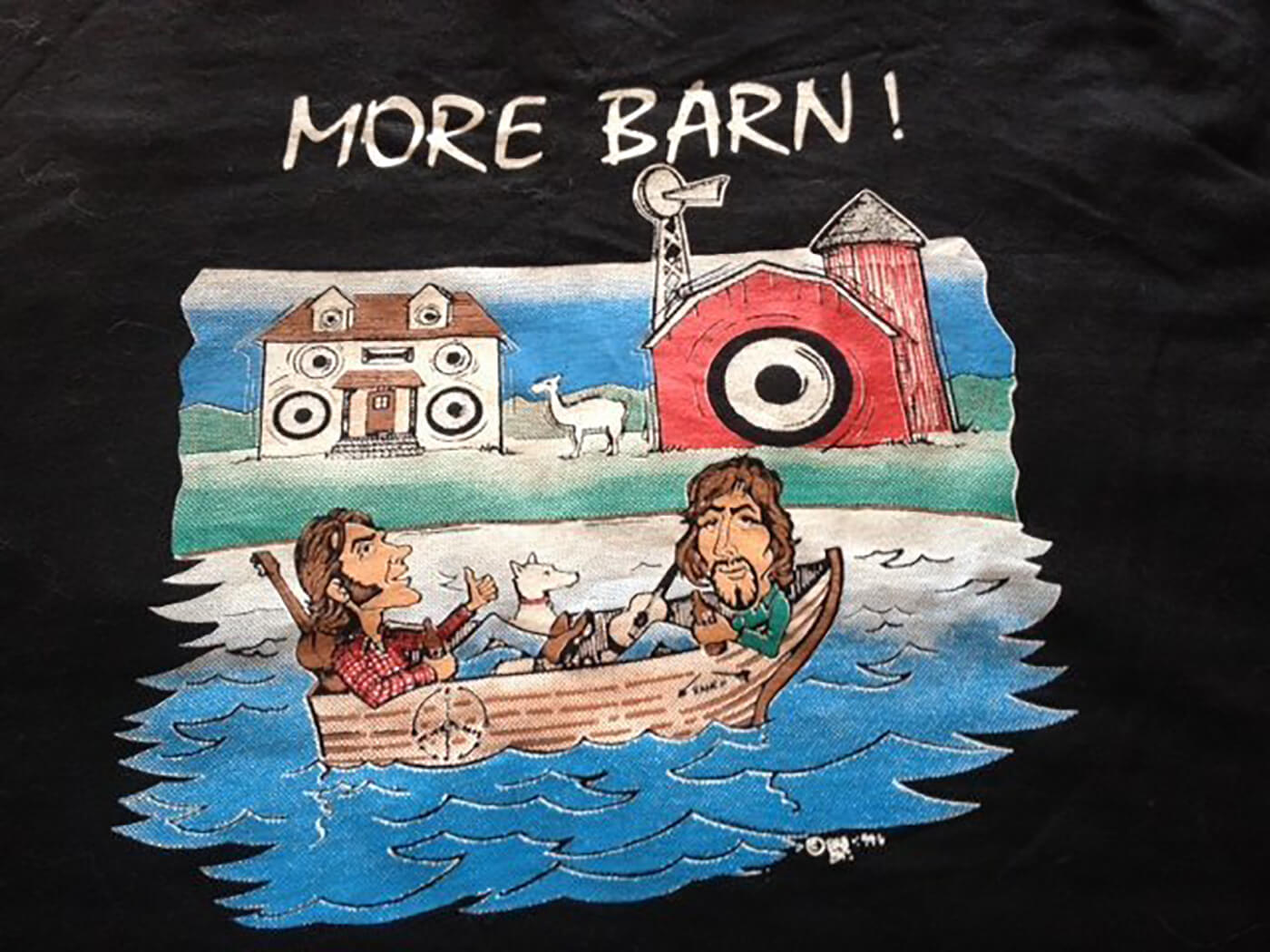 The Needle And The Damage Done

Check out our How to play chords like Neil Young parts 1 and 2.