The Genius Of… High/Low by Nada Surf

Time might be a great healer but it’s also really good at distorting things just long enough for weird impressions to stick for good. Take the lasting impact of the year 1996 on Nada Surf, for example: thanks to the release of the song Popular and its assimilation by peak-era MTV, those 12 months left the New York band tagged in the wider consciousness as one-hit wonders, industry survivors and also-rans for two decades and change.

Popular is a funny kind of hit to base a one-hit wonder narrative around, given that it wasn’t really a hit. It went all the way to No.11 on Billboard’s Modern Rock Tracks but stalled at No.53 on the Hot 100. Yet its MTV saturation, led by its classic jocks, nerds and burnouts high school-set video, gave it a feeling of omnipotence and cast a shadow over the High/Low album, a record vastly more interesting and satisfying than its reputation suggests.

My mom says I’m a catch

Nada Surf formed in New York in 1992. Fresh from their band Because Because Because, guitarist-vocalist Matthew Caws and bassist Daniel Lorca cycled through drummers before landing on longtime sticksman Ira Elliot, who had also played in shit-kicking garage-rock band the Fuzztones.

Because things moved fast in the mid-1990s if you were a grunge-adjacent band who could handle a hook, soon Nada Surf were courted by major labels. They’d cobbled together time at the Power Station through their first drummer Aaron Conte, who was working there, and made a record that could have/might have been released by the Spanish label Roto. Caws took to carrying the tape around with him and one night during a show at the Knitting Factory in Brooklyn gave it to one Ric Ocasek.

“I am a huge Cars fan, and I love that first Weezer album,” Caws told Noisey in 2015, “and so I walked up to him and said, ‘Sorry to bother you, but I’m in this band and I have a tape.’ And he was so nice and gracious, and said he’d give it a listen. So I kind of went out to dinner on that for two weeks, like, ‘You’ll never guess who I gave my demo tape to!’ I never thought in a million years he’d call.” 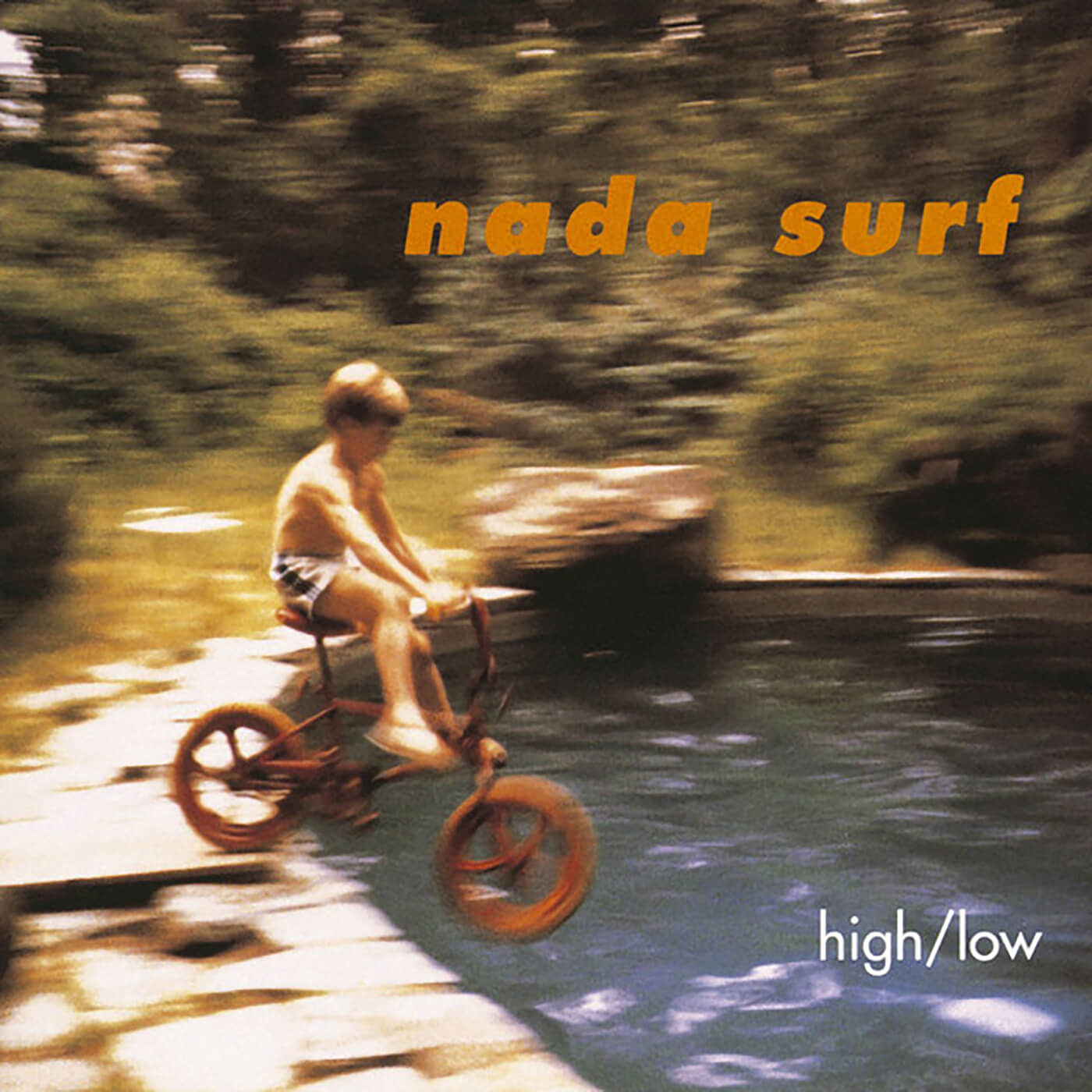 Nada Surf signed with Elektra and, with Ocasek on board, recorded High/Low in 19 quickfire days, with a lot of first takes making the cut. Popular, with its stop-start heaviness and Gen X snark inspired by Caws’ sprechgesang reading of Gloria Winters’ Penny’s Guide to Teen-Age Charm and Popularity, is a red herring of epic proportions. It’s an odd, funny, superb song – it’s just not particularly representative of Nada Surf, especially in the context of their more mannered later work but even when set against the wider tapestry of High/Low too.

Caws has observed that the band would have been a good fit for Matador or Merge at around this time, and their debut certainly feels of a piece with Superchunk and their ilk, prizing blown-out guitars and Sonic Youth-inspired textures to offset a molten power-pop core.

“I was a huge, huge Chavez fan, they were the Beatles for me,” Caws told Noisey. “And I think that influenced the stop-starting, the loud-quiet dramatics we were practicing in our rehearsal space. Versus had the room downstairs, and that was mega success to me. And we’d hear them practicing and think it was so cool. They were a weird, through-the-floor influence.”

Since the release of High/Low, Caws, who has always played Les Pauls, including a ’69 Black Beauty, has generally leaned into lighter, cleaner textures to counter his voice, which has a delicate quality rarely prized by indie-rock bands. Here, he was more willing to push into gritty, unrefined sounds, evoking everyone from Jawbreaker to Mission of Burma.

There is just enough dirt under the songs’ fingernails, with the fuzz kept at bay to allow the subtleties of the lead line in Deeper Well’s chorus to land, or for the addictive riff of Tree House to wind its way around the verses before Caws tumbles into a huge hook. Nada Surf may have never sounded like this again but all the songwriting nous that lit up their later work is present and correct here.

A fork in the road

You already know this sort of story doesn’t end with Elektra doubling down on a five album deal with Nada Surf. What happened, instead, was a retreat into self-sufficiency that worked perfectly for the band. The records kept coming – 2020’s Never Not Together was their ninth – and the members stayed together for the kids, who grew up to become button-down-wearing, vinyl-collecting adults. Their discography is never less than solid and is frequently brilliant.

There is a sense of ownership and independence to it that requires a level of nuance and understanding that the one-hit wonder thing simply can’t handle. “From the outside it probably seems like Nada Surf had various ups and downs,” Caws told Time magazine in 2012. “But our second career was really the one we wanted in the first place.”