Howlin’ Wolf’s timeless Chicago blues classic is a repository of stunning guitar playing from Hubert Sumlin, a cast of supporting players and the Wolf himself.

Howlin’ Wolf’s voice, Hubert Sumlin’s guitar and Willie Dixon’s songs made for an unbeatable combination on this defining classic of Chicago blues, which, along with its predecessor, Moanin’ At Midnight, had a deep impact on the course of rock history.

Not to be confused with The Howlin’ Wolf Album (a psych-blues experiment from 1969 which Wolf himself evenhandedly evaluated as “dog shit”), Howlin’ Wolf – aka ‘The Rockin’ Chair Album’ after its iconic cover shot from Playboy staff photographer and Chess Records house photographer Don Bronstein – became one of Chester Arthur ‘Howlin’ Wolf’ Burnett’s most famous records. But as per the conventions of the time, it was actually a compilation of six singles and their B sides spanning his late 50s to early 60s output, with the variations in recording and personnel that implies.

As well as providing the bass for the majority of the record, Chess song machine Willie Dixon wrote nine of the 12 tracks. Howlin’ Wolf was unhappy about having to do so much material by Chess’s chief songwriter, believing the Chess brothers were effectively denying him the chance to earn royalties from his own songs and only two tracks here are his own. Despite concurrently writing hits for Muddy Waters and others, there’s no sign of Dixon’s inexhaustible supply of innuendo drying up here – and a rotating cast of backing musicians delivers them behind the core triumvirate of Wolf, Sumlin and Dixon.

Any record that relegates Buddy Guy to bass has to have a decent six-string line-up, and alongside Sumlin, the tracks include guitarists Jimmy Rogers, Willie Johnson, Freddy Robinson, Otis ‘Big Smokey’ Smothers and possibly others still.

Hubert Sumlin had stepped out of the shadow of Willie Johnson to become Howlin’ Wolf’s trusted sideman, even though their relationship was legendarily fractious and often violent. His jagged, frantic approach to riffs and solos is attention-grabbing throughout the album, and the key to it lies in his use of fingers and thumb instead of a plectrum to vary his attack.

On Shake Me, his largely major-pentatonic flavoured solo erupts from the speakers with string slides, feverish tremolo, descending bends and more tricks besides, which are repeated at a more leisurely pace on Goin’ Down Slow. For You’ll Be Mine, his solo takes a detour no other blues lead player has ever rediscovered since; and on Spoonful, his P-90-loaded Goldtop sings, squeals and chokes in equal measure to deliver one of the blues’ most expressive, vocal solos.

He may be the six-string star of the show, but the guitars on Howlin’ Wolf come from a variety of sources. For Spoonful, Wang Dang Doodle and Back Door Man, Freddy Robinson provided the back-up guitar lines, although bluesmen’s memories weren’t ever too clear: Sumlin himself couldn’t recall with certainty who played what, and Freddie King once claimed to have played on the sessions, too. And on closer Tell Me, the uptempo shuffle parts are a combination of Willie Johnson and Otis Smothers. 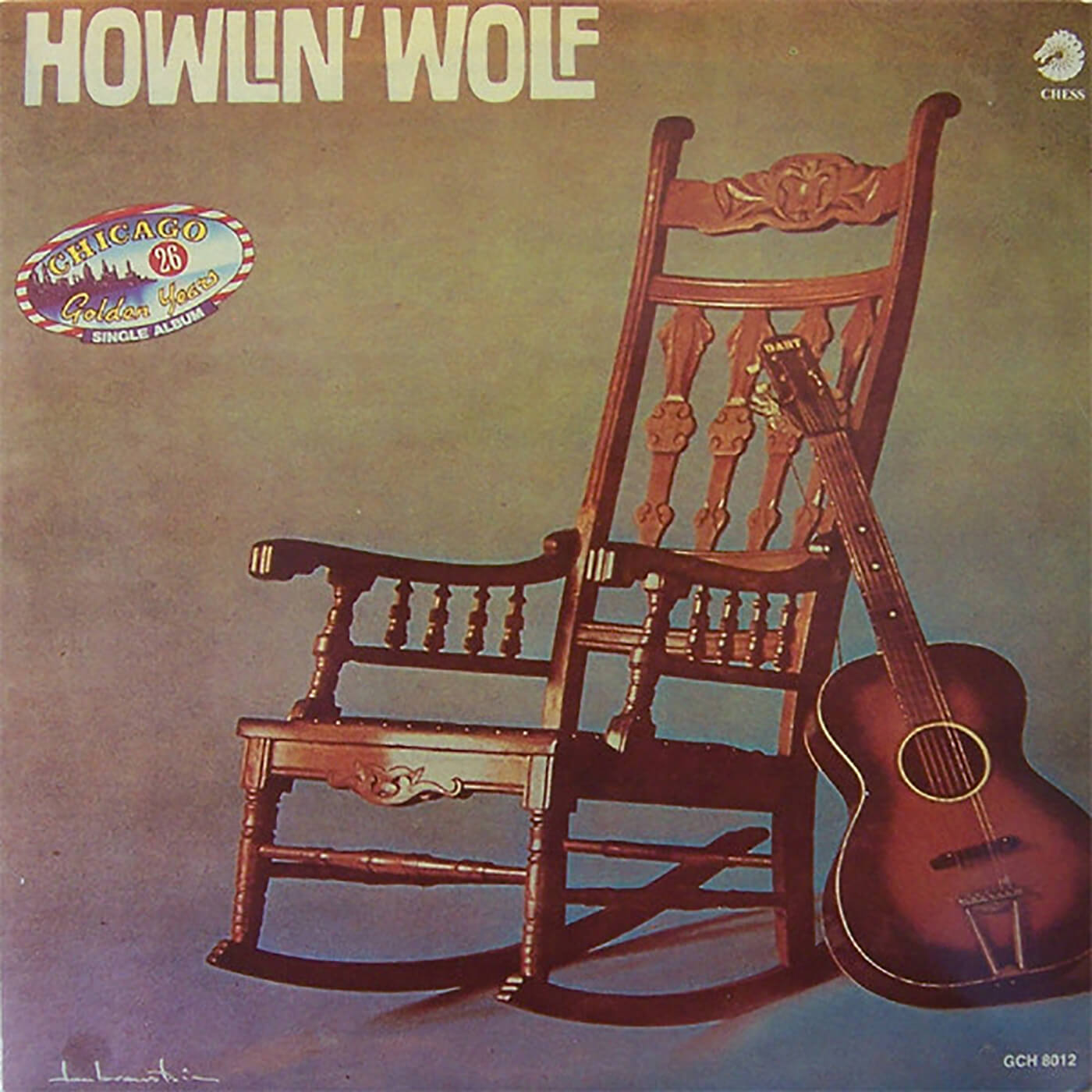 With so much flashy lead guitar throughout Howlin’ Wolf, it’s easy to overlook the slide guitar skills of Wolf himself, of course, given how terrifying his vocals were. But Little Red Rooster and Down In The Bottom are two equally atmospheric polar-opposite performances that underline the Delta roots behind the electrified Chicago sound, two guitar parts that mirror the music’s shift from the country to the big city.

Varying where accents fall on the beat is an art that’s learnt through thousands of hours of playing and Howlin’ Wolf’s vocals, with their constant push and pull of the song’s meter, define the rhythmic space for the other musicians. How they use this space is the real trick: on opening track Shake For Me, the rhythm and chord changes are destabilised by Hubert Sumlin’s riff sliding lazily into the one and playing upstrokes on the offbeats, whereas when you listen to the breakdown sections in Little Baby, no one treads on anyone’s toes unless they really mean to and the timing of the band is locked in, to the millisecond.

In contrast to both, Wang Dang Doodle lollops around drunkenly, constantly falling forward, gaining momentum like a party getting dangerously out of hand, as the law-enforcing tambourine struggles to keep time (in the best way possible). Towards the end of the record, the telepathic ensemble playing that makes up the loping rhythm of Back Door Man is humbling listening for anyone who’s ever dismissed the blues as unsophisticated music.

Guitar tones and recording levels in the mix also play their part in creating further separation: hence the minor-key Latin-tinged swing of Who’s Been Talking? has woolly rolled-off tone for Otis Smothers’ guitar riff to steer clear of the harmonica, piano and tenor sax, but the smoky atmosphere decisively clears when Wang Dang Doodle’s stinging icepick-treble guitar accents cut through from the two entwined guitar parts of Hubert Sumlin and Freddy Robinson.

After Sam Cooke had released a soulful interpretation in the US in 1963, The Rolling Stones 1964 cover of Little Red Rooster became the first (and still only) blues song to reach No. 1 on the UK singles chart and set in motion the album’s profound influence on rock. Clapton and Cream transferred it into the psychedelic realm with their version of Spoonful; Led Zeppelin famously quoted the lyrics of two of its songs in Whole Lotta Love, and a cover of Wang Dang Doodle was Koko Taylor’s biggest hit. The roll call of other artists to have attempted to cover the songs in the ensuing decades has some unexpected entries, too, including Bryan Adams, The Jesus And Mary Chain, Soundgarden, PJ Harvey and many more.

But as ever with Chicago blues, you need to return to the source for the real story, and in this case, it’s time well spent. Howlin’ Wolf is among the greatest and most influential blues albums ever made and a must-listen for guitarists everywhere.