The Genius Of… Ignore the Ignorant by The Cribs

Graced by the melodic touch of Johnny Marr, The Cribs’ fourth record spotlighted the maturing musicianship of Wakefield’s favourite siblings.

Capping his late 2000s nomadic stretch, Johnny Marr, former chief melody maker of The Smiths, delivered one final surprise before diving headlong into his solo career: a three-year stint as a card carrying member of The Cribs.

After weathering the dissipation of the UK’s 2000s indie boom, the Jarman brothers’ absorption of one of the guitar’s most expressive players was, by all accounts, a wholly organic affair. “[In 2007] I was living in Portland, Oregon, and Gary [Jarman] from the band lives there too,” Marr recounted to Billboard in 2009. “We met and we just struck up a friendship and hung out together. We just got together to play as friends, really, to kind of see what would happen.”

Entranced by the Wakefield brothers’ intimate musical bond and motivated by the instantaneous writing of We Were Aborted, Marr – who had up until recently been a fully fledged member of Modest Mouse – was enthusiastically enlisted.

Formed in 2001, The Cribs, made up of Ryan, Gary and Ross Jarman, had established a rabid following and a considerable songbook as the 2010s loomed. With three studio albums under their belt, the band sought to move even further from the garage-crafted, lo-fi aesthetic of their first two releases, The Cribs and The New Fellas. The Alex Kapranos-produced 2007 album Men’s Needs, Women’s Needs, Whatever marked a considerable shift in the band’s commercial fortunes, and indicated an aptitude for consolidating buzzing riffs into concise pop packages.

Throwing England to the dogs

The album that would become Ignore the Ignorant took shape across 2008, with PiL producer Nick Launay behind the desk at LA’s Seedy Underbelly Studio. “The way that Ryan and Johnny’s guitar parts work together is unbelievable,” Launay enthused in the documentary Secrets Saved, which recounted the recording process.

Wielding an armoury of guitars, Marr’s gift for melody was central to the swelling number of new songs. “Having Johnny with us helps bring out a different side,” the band’s former sole guitarist Ryan admitted in the same documentary. “I’ve definitely worked a lot harder on this record. I made sure my riffs were as good as possible.”

While Marr’s presence dialled up the musicality, the stabbing chords of We Were Aborted proved that the savage side of The Cribs was still in fine fettle. Marr’s swirling flourishes coat what lesser arrangers might’ve turned into an aggro rock beast with atmospheric ornamentation.

Equipped with his white 1962 Fender Jaguar, Marr’s presence is clearly felt on the soaring slide riff of Cheat on Me and the arpeggio that launches We Share the Same Skies. Both tracks (the album’s only singles) married The Cribs’ propulsive drive with Marr’s explorative musicality.

The ripest fruits of the Marr-Jarman alliance – the clawing Hari Kari, the angelic Stick to Yr Guns and title track, which nods to The Smiths’ Sheila Take a Bow – lean on Marr’s painterly navigation of chords in simpatico with Ryan’s inescapable hooks.

The ominous City of Bugs roars from a moody verse into a cinematic hurricane of delayed atmospheric texture from Marr. “That song is so sprawling and we didn’t try to write it,” Ryan told Gibson.com. “It just came out.” In an interview with The Guardian earlier this year, Marr highlighted the breathtaking track as one of his favourites from his entire career. 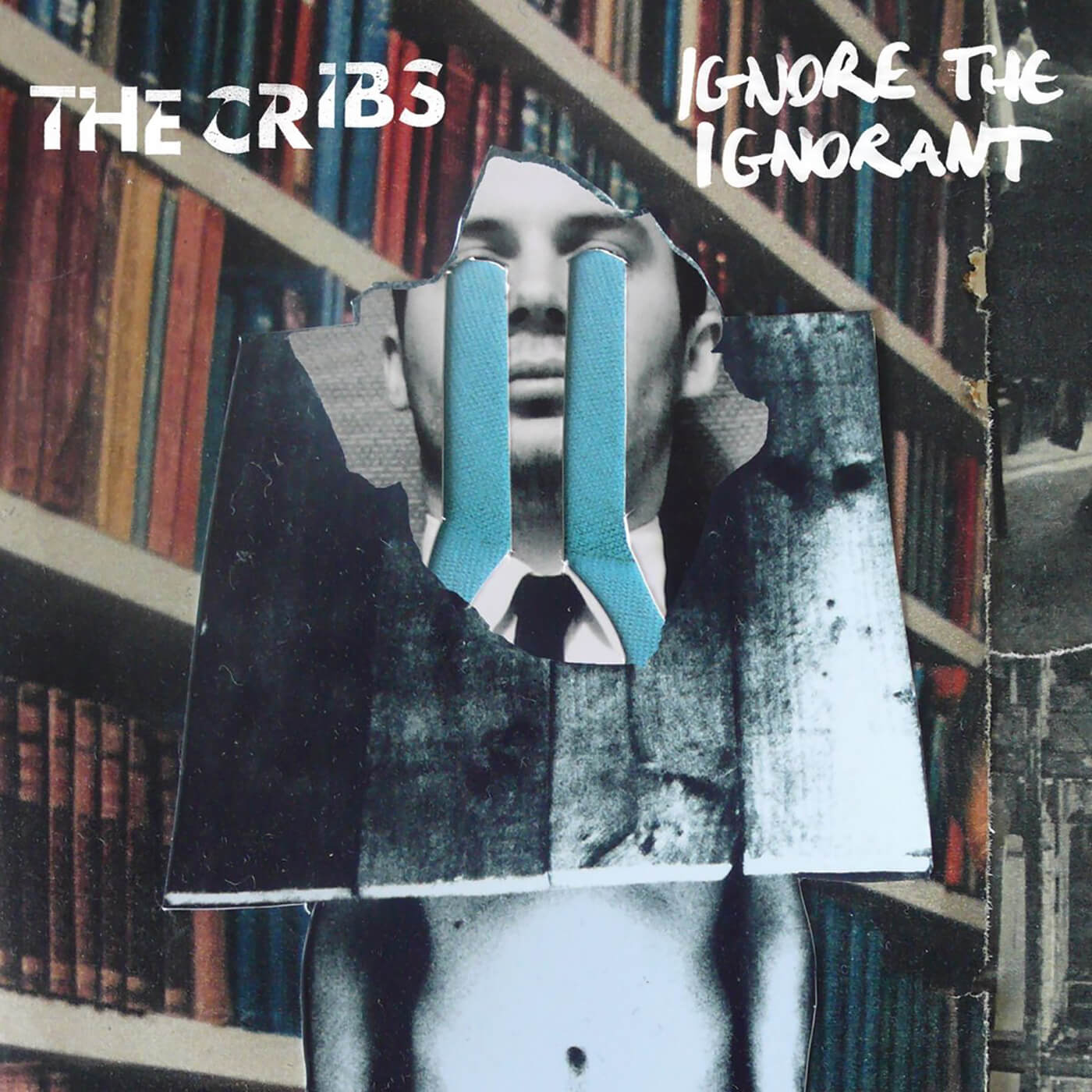 Across the record, Marr harnessed that ’62 Fender Jag alongside a 1984 Gibson Les Paul and 1960 Les Paul Special, while Ryan used a Gibson ES-335 recommended by Kapranos while recording Men’s Needs…. Another mainstay came in the form of Ryan’s battered 1960s Epiphone Coronet, a reliable workhorse since the first album. Marr also used a 12-string Rickenbacker, most notably on the bouncy Victim of Mass Production. As Ryan drives through the verse’s four-chord loop on his Coronet, Marr braids some of the record’s most stirring counter-melodies.

Released in September 2009, The Cribs’ fourth album was greeted with critical and commercial success, hitting No.8 in the UK charts on a week in which music fans also clamoured for the newly remastered Beatles LPs – Ignore the Ignorant outsold all but two.

Though his tenure in The Cribs was short, Marr’s involvement did much to flag to the world that the brothers were worthy of wider attention. The scope of Ignore the Ignorant was vital in preparing The Cribs for their next decade, in which they’d flit with ease from the slick indie pop of 2015’s For All My Sisters to the brutality of 24-7 Rock Star Shit.

The sparkling character of Ignore the Ignorant invites frequent revisits from both Cribs and Marr aficionados, but its best moments will long be savoured by anyone who finds a thrill in captivating guitar interplay.