How an uneasy alliance with Jeff Lynne and the faultless guitar playing of Mike Campbell helped Tom Petty and his Heartbreakers craft a truly great comeback album.

Tom Petty might have been one man, but the music he put his name to was about several things happening all at once: wounded Gainesville feet walking LA streets, British Invasion pop meeting southern brio, supreme bummers providing fuel for long drives where everything seems right all of a sudden.

On 1991’s Into the Great Wide Open, the wildcard was provided by his longtime band, the Heartbreakers, jumping aboard a train that had skipped their stop the first time around. They fell into the studio with producer Jeff Lynne in the long shadow cast by his work on Petty’s blockbuster solo bow Full Moon Fever and it was a meeting of two worlds: a play-it-live-or-don’t-play-it-at-all band crashing on the rocks of a meticulous musician famed for creating overdub symphonies.

“It was a bumpier road, because I think it was probably the only time he worked with a band, and I don’t think he really likes it,” Petty told Goldmine of Lynne’s involvement in 2013. “Dealing with the politics of a band just drives him nuts. It can drive anyone nuts – and especially them. I think they were a little indignant that I’d done a solo album anyway, but I couldn’t help but think, ‘Well, I wonder what would happen if I brought the band in?’ And we did, and we pulled it off. But it wasn’t as easy as Full Moon Fever. It wasn’t anywhere as easy as that, it was much more difficult.”

After the trials of the mid-1980s – the botched but intriguing concept piece Southern Accents and the retrograde Let Me Up (I’ve Had Enough) – Petty had become a junior partner in the Traveling Wilburys alongside Lynne and a cast of musical unknowns – George Harrison, Bob Dylan, and Roy Orbison – while kickstarting his career with a polished suite of songs that demonstrated an easy mastery of commercial rock writing on its way to quintuple platinum sales.

The Heartbreakers weren’t cut out altogether – Full Moon Fever featured co-writes, performances and production from Mike Campbell, plus keys by Benmont Tench on The Apartment Song – but the rift would be a difficult one to close. Bands are complex, and loyalty is a big deal. The fear lingered that any future split might be permanent. “I was pissed off and hurt,” Tench told Rolling Stone.

With Into the Great Wide Open they were afforded room to impose their personalities more forcefully. On paper, at least. “It seemed unnatural for me to work without Jeff,” Petty told Paul Zollo in Conversations with Tom Petty. “But I probably should have had a better overview of things and said, ‘Well, I’ve got to go do the Heartbreakers on my own.’”

“With all the producers we worked with at that point – [Denny] Cordell and Jimmy Iovine – we had a lot of input,” he added. “The whole band always had a lot of input. With Jeff, I don’t think they had that kind of input. Which is not to fault Jeff, because he just wanted to make the best record he could. And it was a different way of working. Instead of taking Polaroids, we were oil-painting.” 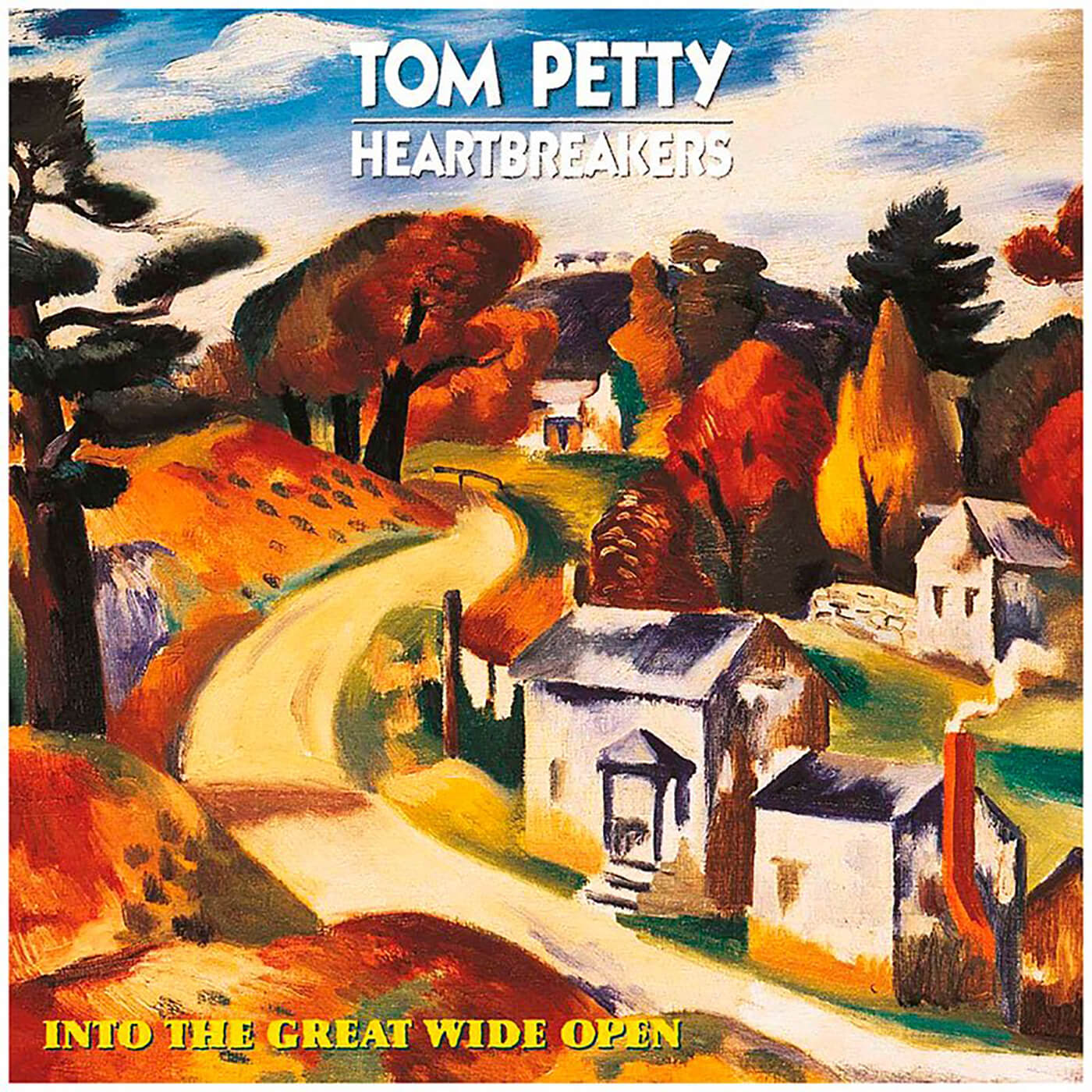 This uneasy alliance, generally viewed as a cross against the LP’s name, is integral to understanding its place in Petty’s discography. Into the Great Wide Open does sound like a Lynne record rather than a Heartbreakers record, but you can’t keep a good band down. Campbell just can’t help himself, and he accents Petty’s crisp songs with gutsy melodic leads, squaring the radio smarts of Full Moon Fever with some of the low-slung bravado that characterised their work through 1982’s underrated Long After Dark.

When the writing process began Petty was situated on prime real estate – with a hit record in his pocket and his partnership with Lynne purring he was able to look back, to tally the things that had gone right and wrong in his life, with a sage sort of open-heartedness. As a result the songs on Into the Great Wide Open are immaculate jams driven by Campbell’s 12 string textures and Petty’s Rickenbacker jangle, with a narrator who’s here to lay things out without harshing our vibe. Petty is very much along for the ride, spinning yarns and dispensing pearls. “I’m learning to fly, but I ain’t got wings,” he sings on the fan favourite opener.

Campbell’s faultlessly melodic playing is beautifully integrated into this landscape. His leads rebound off glittering synths on Kings Highway before a killer solo that recalls Mick Jones’s one note masterpiece on the Clash’s Tommy Gun, while on the majestic The Dark of the Sun his licks flow from the speakers in a descending arc before setting up a huge chorus. He has always been a musician who is committed to getting the right tool for the job – whether that was his Gibson Firebird back in the day, his ‘64 Strat, a Les Paul Goldtop, the 12 string Rick that Petty wore on the sleeve of Damn the Torpedoes or his iconic Fender Broadcaster – and the array of tones on Into the Great Wide Open tell their own story.

From the opening slide squeal of the title track to layer upon layer of acoustics, he’s never showy, but all feel. The easy narrative is that Lynne’s spick and span approach won, overpowering Campbell’s desire to play things fast and loose. But Into the Great Wide Open isn’t messy enough for that to be totally true—with a bit of distance it’s perhaps easier to see a blend of discipline and commitment to the whole from both sides.

MCA boss Al Teller was hot for Into the Great Wide Open. He was sure he had a hit on his hands that would outstrip its predecessor. It didn’t. It was generally well-received upon release and has since gone double platinum, but it didn’t have the seismic impact of Full Moon Fever. “That record gave us some of our most evergreen songs,” Petty later told his biographer Warren Zanes. “It’s our biggest album in Europe. But suddenly we were in a business where you could feel bad about only selling a few million records and recording some songs that live forever.”

Petty’s world continued to change. Into the Great Wide Open set the seal on his wildly creative and restorative Lynne period before he left MCA for Warner Bros with a contentious Greatest Hits set filling out his contractual obligations. He then parted ways with drummer Stan Lynch for good after many, many trial runs and, in 1994, released his stellar second solo album Wildflowers, made with Rick Rubin.

Petty began to drift into heroin addiction following his divorce in 1996, a parallel spiral that he pulled out of in the late 90s that late Heartbreakers bassist Howie Epstein could not. Petty’s death in 2017, aged 66, robbed us of one of the finest American songwriters of a generation, a man whose greatest hits could go toe to toe with anyone, anywhere, anytime and only tell a fraction of the story.

Tom Petty and the Heartbreakers, Into the Great Wide Open (MCA, 1991)