The Genius Of… Is This It by The Strokes

Released into a barren musical landscape still suffering from a Britpop hangover, The Strokes' debut album was an exhilarating, razor-sharp distillation of New York's musical heritage that changed everything. Do believe the hype.

A bracing slap across the collective musical cheek that halted the advance of nu metal and eviscerated the post-Britpop stasis in the UK, the impact of The Strokes‘ 2001 debut album cannot be overstated. Writing in The Observer, Gary Mulholland called the album a “world-changing moment”, while Rough Trade boss Geoff Travis stated: “The Strokes’ arrival was a bomb in the middle of a plastic pool”.

Seemingly overnight, Is This It kicked open the door for a new generation of bands in skinny jeans and leather jackets, referencing the Ramones, Blondie, Television and The Velvet Underground. Step forward The Libertines, Kings Of Leon, Arctic Monkeys et al. This was no victory of style over substance, though. Few debut albums have ever sounded this taut, visceral and downright thrilling. Not one of Is This It‘s 36 minutes is wasted, no song on the album using more than 11 studio tracks. “We don’t put in a guitar solo just to have one,” said the band’s lead guitarist Nick Valensi.

From the scene-setting motorik stomp of The Modern Age, through the swoonsome romantic nostalgia of Someday, onto Last Night an instant, enduring radio hit that references Tom Petty’s American Girl, and the adrenal charge of New York City Cops, the band’s effortlessly cool twin guitarists, Valensi and Albert Hammond Jr, made it all look easy. In reality, it was the product of a near-obsessive work ethic, led by the charismatic and famously demanding frontman Julian Casablancas.

Here was a band to fall in love with, emerging from the same East Village streets where Jack Kerouac, Patti Smith, Andy Warhol and Lou Reed had strutted their stuff. They were a pure distillation of New York’s musical heritage. As Jesse Malin put it in Lizzy Goodman’s Meet Me In The Bathroom: “A band should be a gang, running down the street, chasing a bus, breaking windows, breaking hearts, those guys had that.” 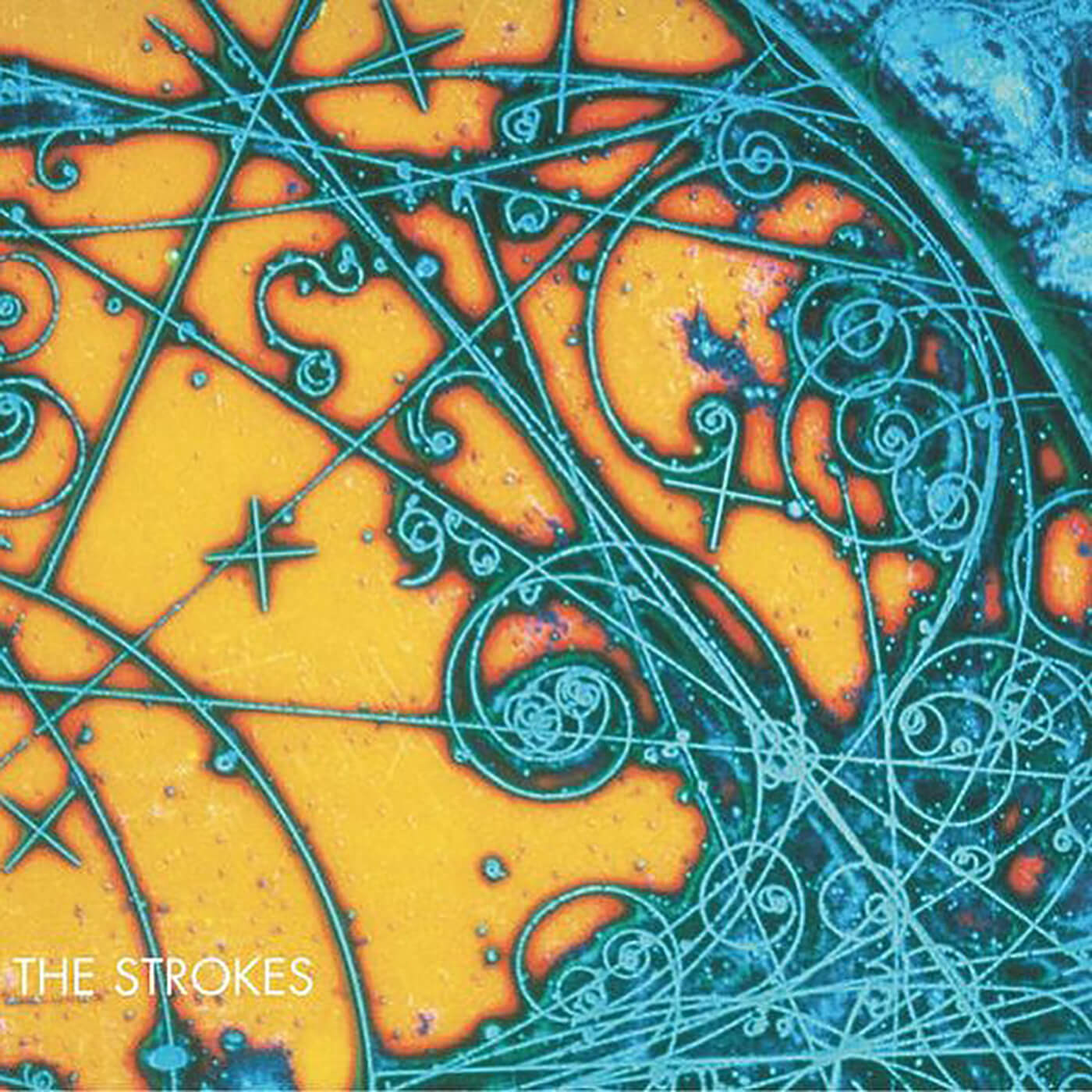 Casablancas, Valensi and drummer Fab Moretti began playing together at Dwight prep school, with bassist Nikolai Fraiture joining later. Hammond Jr, who Casablancas had met at an elite boarding school in Switzerland when they were 13, completed the band in 1998 after moving back to the city from LA. Turning up to his first practice at midnight, wearing a suit and skinny tie, Hammond Jr established the band’s aesthetic in a single, ahem, stroke. “It was very clear from the moment Albert showed up that something was happening,” said Valensi.

After playing their first show on 14 September 1999 and recording a demo with producer Gordon Raphael, The Strokes were quickly snapped up by UK label Rough Trade, who released their three-song The Modern Age EP. “That song just blew my mind,” A&R king James Endeacott remembered of the title track. The NME made it single of the week and the band played a sold-out UK tour and headlined T In The Park festival before they’d even released an album. Hype was building at an unfeasible rate. Rough Trade wanted the album to be recorded with Pixies producer Gil Norton but after an aborted attempt, the band returned to Raphael. Recorded largely live at basement studio Transporterraum in March and April 2001, it cost a piffling $20,000, not including Raphael’s fee.

Casablancas requested a sound like “a band from the past that took a time trip into the future to make their record” and wanted his voice produced like a pair of “blue jeans worn in just the right amount”. In turn, Raphael recorded all the vocals through a single mic and a small Peavey practice amp, mixing the album live as he went along. “It wasn’t sonically perfect, but it had some magic and emotion that was missing in the big studio stuff other bands were doing,” he recalled.

Is This It is simplicity itself, but don’t make the mistake of thinking it’s the sound of a bunch of feckless hipsters who can’t play. Between gigs at The Spiral and Lunar Lounge, the band rehearsed religiously, to a click, four or five nights a week. Casablancas, who initially taught Freddie King fan Hammond Jr the ropes, painstakingly sketched out the riffs and solos on the record. Both were also tutored by the man they refer to as “The Guru”, JP Bowersock. “I may have looked the part, but I still needed guitar lessons,” Hammond Jr told The Guardian.

Valensi on the other hand, was the more technically assured player; witness his white-knuckle solos on New York City Cops and the minor key Trying Your Luck for examples of his prowess.

The two main guitars used on the album were both bought from Richie’s Guitar Shop in the East Village. Hammond Jr stuck religiously to the middle pickup on his Olympic White 1985 70s Reissue Fender Stratocaster, only switching to the bridge on closing track Take It Or Leave It. Valensi played a 1995 Epiphone Riviera he describes as “the best guitar Gibson never made,” with two hotwired P-94 pickups. Both guitarists went through 2×12 Fender Hot Rod Devilles.

“The band sound really came together as soon as I started playing the Epiphone and Albert picked up that particular Strat,” Valensi has said. “His trebly tone and my midrange sound really work with the bass.”

Effects were kept simple, too, with both players swearing by the Visual Sound Jekyll And Hyde Overdrive, alongside the Pro-Co RAT and MXR Micro Amp.

The stuff of legends

With the band’s fame already assured, Is This It was released in the UK by Rough Trade on 27 August as they played the Reading Festival, and through RCA in the US in October. Stateside, the ‘racy’ cover of a leather glove resting on a lady’s buttocks was substituted and New York City Cops withdrawn from the tracklisting in the wake of the September 11 attacks, although it made it onto the vinyl version. The album landed at No 2 in the UK charts and No 33 in the US. Rolling Stone awarded it a perfect 5/5, calling it “the stuff of which legends are made”. NME concurred, with a 10/10 score for “one of the all-too-infrequent calls to arms that guitar music can provide, one of the best and most characterful debut albums of the last 20 years”, later naming it their album of the decade. By 2010, Is This It had sold 3.5 million copies. It still sounds timeless today.

Equally important was the seismic effect the album had for other New York bands. Suddenly, there was a fever for music from Manhattan and Brooklyn, with the NME running its famous “We Heart New York” cover. Yeah Yeah Yeahs, Interpol, Moldy Peaches, The Rapture, TV On The Radio,  The Walkmen and later LCD Soundsystem and The National all found themselves in demand in the UK. “We couldn’t get arrested six months before The Strokes took off, then all of a sudden it was lunacy,” recalled Interpol’s Daniel Kessler.

The Strokes would never sound as vital, life-affirming and concise as this again, but the job was done. They’d changed the course of guitar music history and made the Big Apple cool again.

Tributes paid to Lou Pallo, who has died at the age of 86