The Genius of… Leave Home by Ramones

The punk icons’ second album might have sounded like more of the same on first listen, but this was the New Yorker’s attempt to knock off the rough edges in a reach for the mainstream.

There’s a reason the Ramones opened so many young musicians’ eyes to their own abilities: they squared punk’s egalitarian spirit with a look and songs that were unstoppably cool. Battered daps, drainpipe jeans, white tees and leather jackets, pop hooks hopped up on glue – nothing better, before or since, and all within our grasp.

Fewer than 12 months on from the release of their self-titled debut, an album that so quickly and competently defined their style that they could have hung it up immediately and remained icons for decades, Leave Home revealed the classicist motivation behind their rule-breaking songs.

Rolled out in January 1977, the LP was initially dismissed in some quarters as a good release that doubled down on a successful formula. Of course, that’s true on the surface—Ramones songs are Ramones songs. But it doesn’t take into account the intent and execution.

The band would infamously give themselves over to pop on 198o’s End of the Century, enlisting primo arsehole Phil Spector – still at that point just the Wall Of Sound pioneer and not yet a convicted murderer – to buff their music to a shine. Next to that record Leave Home is a far more authentic reach for mainstream acceptance built on the belief that, on their own scuzzy merits, Ramones songs were as melodically potent as anything swimming around in the upper reaches of the charts.

Their first album had been made in a short, sharp burst that translated into the buzzsaw energy of its short, sharp songs. Tracked in a matter of days at Radio City Music Hall in New York for the princely sum of $6,400 – absolutely nothing next to the cash being wheeled out for the rock giants of the day – it broke punk open. “It was an album that really changed the world,” was Joey Ramone’s hyperbole-free take in Please Kill Me. 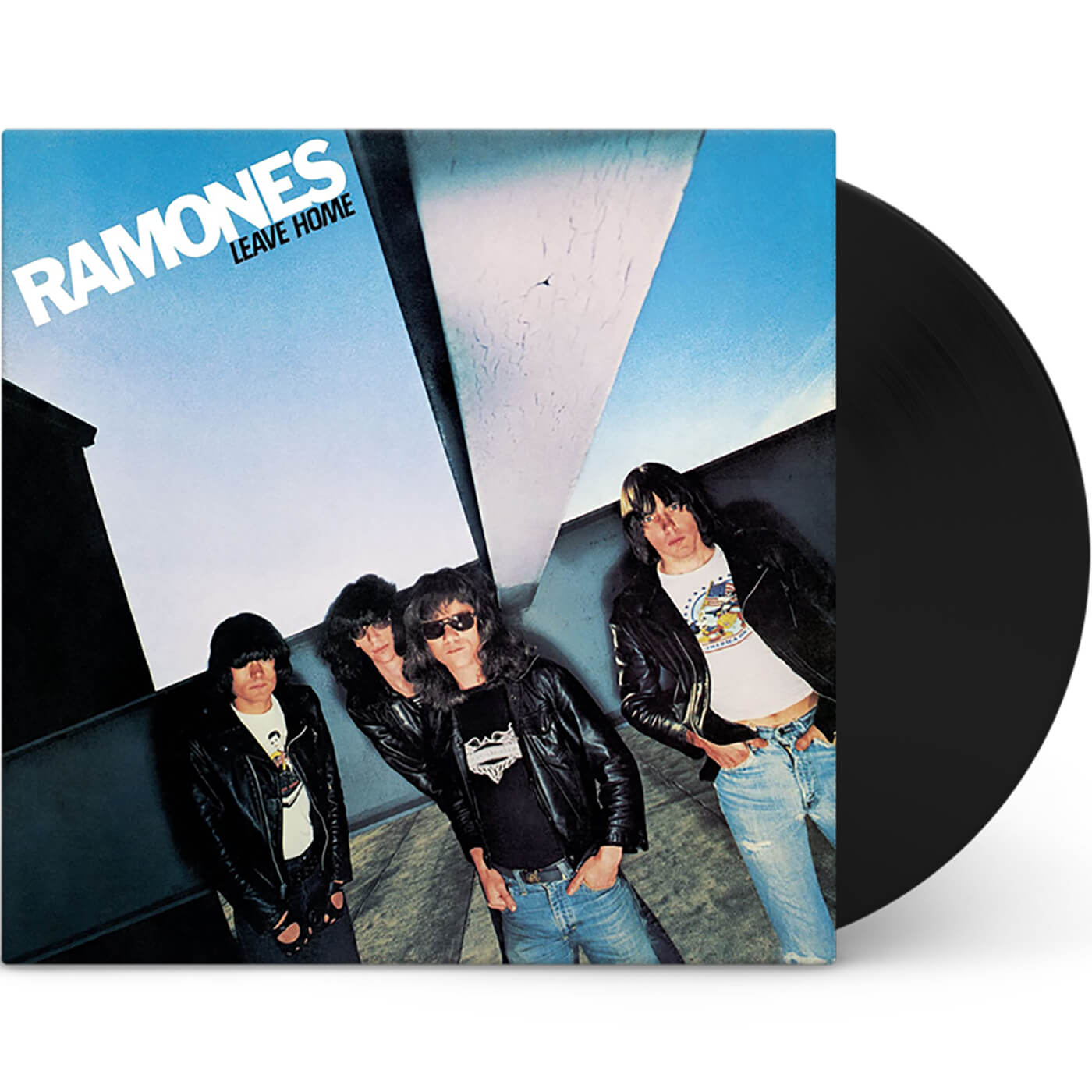 For Leave Home the idea was simple: tidy up a few rough edges and let the hooks do the talking. The band – Joey, guitarist Johnny, bassist Dee Dee and drummer Tommy, who co-produced with Tony Bongiovi – were keen to show that their songwriting chops had progressed, even in such a short space of time. The most notable shift comes with their prioritising of refrains that could easily be caught and repeated if, say, they were heard blasting from the radio through car speakers.

There’s the go-go-go-go of opener Glad To See You Go, the ooh-wee-oohs and oh-ohs of Oh Oh I Love Her So… you get the idea. This is classic stuff. Alongside that we are in the company of a tighter, more focused band. There is less of a sense of abandon and scrappiness here, with Johnny’s guitars more clipped and focused, more locked in with Dee Dee’s heavy, plucked bass notes.

As Leave Home continued Ramones’ rapid creative roll, Johnny was settling into the rig that would essentially define his playing for the remainder of his career, with a Mosrite Ventures II guitar paired with Marshall 1959 Mark II Super Lead heads and Marshall cabinets. He switched to Mosrites in 1974 after picking up a blue model at the legendary Manny’s Guitar Centre on West 48th and Broadway in Manhattan for a little over 50 bucks, coming to prize its thin neck and its compatibility with his go-to power chords.

In an interview with Lester Bangs, reproduced in Everett True’s Hey Ho Let’s Go: The Story of the Ramones, he said: “I bought it because it was the cheapest guitar in the store. Now I’ve gotten used to it and I like it. I also didn’t wanna get a guitar that everybody else was using – I wanted something that could be identified with me.”

By 1977, he had switched over to the white model that would become his signature instrument following the theft of his blue original, with a single-coil situated in the bridge and a Seymour Duncan humbucker at the neck. Played at more than 2,000 shows and on 15 records, it sold for $937,500 at auction in 2021.

Leave Home succeeded in fine-tuning the Ramones’ music to more accurately reflect the internal battle between who they were and who they wanted to be, dialling up the handclaps and surf-pop backing harmonies to match Johnny’s scything guitars in the mix, but it didn’t make them chart fixtures. It peaked at number 148 in the US and none of its singles made a dent.

Songs such as Swallow My Pride and the ensuing What’s Your Game are true blue masterworks, but they appear to be oddly out of time – they speak of decidedly un-punk crooners and candyfloss pop acts, and of a New York scene that was about to be taken over by groups who would alternately prize harsh textures, danceability and aggression over melodic smarts. Ramones were essentially stuck on their own. Luckily, there’s never been anyone else quite like them, anyway.