The Genius Of… Maggot Brain by Funkadelic

One of the heaviest funk albums of all time, Funkadelic’s Maggot Brain sees the band truly deliver on the promise of their name

Funkadelic were formed by George Clinton as the backing band for his doo-wop vocal group The Parliaments. Both groups, however, would quickly become something much bigger, and create what was basically a new genre: a heavy, heady mix of acid rock and funk. In doing so, Funkadelic would go on to release an essential guitar album – the legendary Maggot Brain.

Charting the full history of the huge collective that is Parliament-Funkadelic is beyond the scope of this retrospective – the list of members is enough to fill a phonebook, and their side projects, discographies, disputes and the results of their influences a few more. So let’s focus on Funkadelic’s third LP as a distinct band.

Maggot Brain came in 1971, following 1970’s dual release of Funkadelic’s self-titled debut and Free Your Mind… And Your Ass Will Follow. From the off, the band were true to the portmanteau of their name: the grooves were slow, heavy and intoxicating, and there was an element of danger to everything from the fuzzed-out guitars to the explicit lyrics. Funkadelic’s first two albums would lay out what it was they wanted to do as a band. Maggot Brain sees the band just do it – and do it perfectly.

On Maggot Brain, the band stick to their tradition of opening albums with 10-or-so-minute tracks. However, while previous openers Mommy, What’s a Funkadelic? and Free Your Mind And Your Ass Will Follow were elongated psychedelic jams that involved the whole band in various states of wigging out, the song Maggot Brain features just three core elements: a clean electric guitar playing a descending chord pattern, some quiet percussion, and the best guitar solo ever recorded, played, of course, by lead guitarist Eddie Hazel.

Initially, the rest of the band could be heard playing alongside Hazel. However, after hearing the take, Clinton mixed them out to accentuate the impact of the solo. The legend of how Clinton conjured the performance from Hazel has been told countless times but once more can’t hurt: it’s said that he told him to play as if he had just found out that his mother had died. The more intense version of the legend asserts that Clinton did actually tell Hazel that his mother had died, before revealing that she hadn’t, and then hitting record. All while tripping on LSD.

Whether that story is true or not doesn’t change the fact that Hazel’s guitar solo is, as previously mentioned, the best ever recorded. Testament to its iconic nature is the fact that the Maggot Brain solo isn’t really in the context of a wider song – Maggot Brain is the solo, with the only context being the introductory spoken-word passage. Hazel’s playing is dynamic and melodic, sliding between free-form looseness and locked-in tightness as required. Not a note is wasted and there’s not a note too many. With 10 minutes and a wah pedal, Hazel paints a clear picture of both the “maggots in the mind of the universe” and Clinton’s resolve to “rise above it all, or drown in my own shit”. 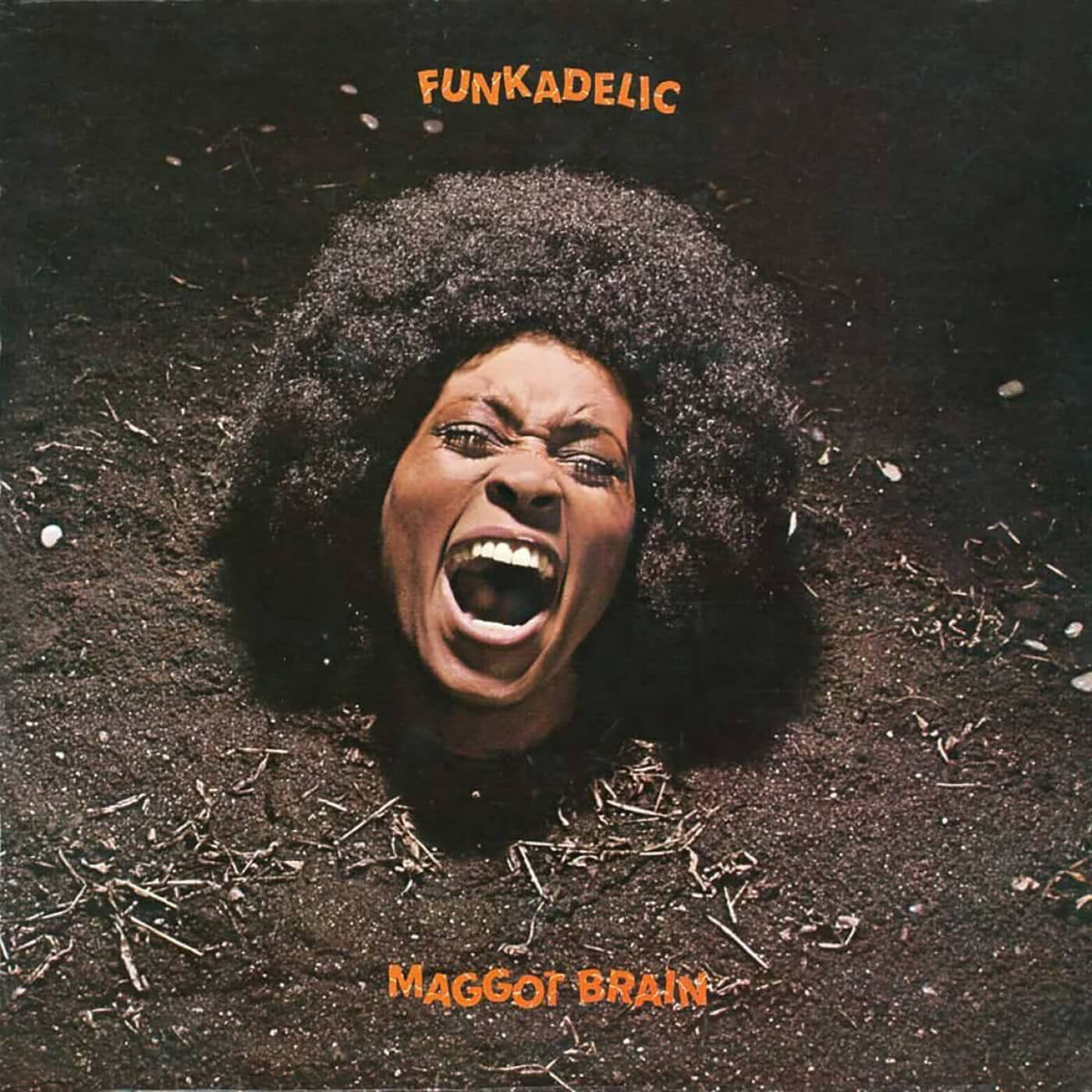 The mind-blowing opening solo is far from the only stand-out guitar moment on Maggot Brain. Hit It and Quit It, aside from having a killer riff, ends on an excellent, tightly composed solo that proves Hazel doesn’t just flourish when given 10 minutes to do so.

Hazel was unashamedly influenced by Hendrix, as is unsurprising given his approach to the Maggot Brain solo. But when it comes to rhythm playing, Super Stupid is the best example of Jimi’s influence. The big solo intro ends suddenly in feedback before kicking into a spiralling riff. Throughout the first half of the track, Hazel weaves in mini-solos, his own take on the hybrid rhythm-lead playing pioneered by Hendrix. The band then settles into the groove and lets Hazel go wild, much wilder than the deliberate, emotional improvisation of Maggot Brain.

Credit also must go to bassist William ‘Billy Bass’ Nelson and rhythm guitarist Tawl Ross, who together lay down a granite-solid foundation for the more out-there explorations of Hazel’s playing and Clinton’s otherworldly songwriting. The tight playing of Nelson and Ross, alongside drummer Tiki Fulwood, prevent the band from becoming merely Adelic.

The record sounds great. It might be a stretch to describe Clinton’s production as clean, as there’s tape saturation, compression and distortion all over it. But it’s all welcome, and nothing is ever buried by the chaos (with one notable exception). Nelson’s bass guitar is also absurdly loud but doesn’t overwhelm the mix. Listen on speakers with hefty sub-bass and this album will shake your walls much harder than the heaviest metal of 1971.

The guitar tone is consistently perfect, the crunchy fuzz never masking Hazel’s playing and bearing a texture you could almost bite into. It’s clear just how ear-shreddingly loud Hazel was playing, as throughout the record he’s either trying to contain the feedback or just letting it bloom as needed. Sources differ on the fuzz pedal Hazel used: some claim it was an Electro-Harmonix Big Muff, others a Maestro Fuzz Tone FZ-1A. To our ears, it sounds more like the latter, with its rough edges, full mid-range, and thick pick attack.

The end is nigh

The psychedelic strangeness that pops its head in and out of the record bursts through the door for the final track, Wars of Armageddon, a 10-minute soundscape of weird noises and strange spoken word, underpinned by the band jamming on a riff. The band, however, are lower in the mix than the cocktail of sound effects.

While this might be the point at which some listeners skip ahead, Wars of Armageddon is an important reminder of the anxieties hanging over the world in the early 1970s. Funk was not made in a vacuum. The threat of nuclear destruction, ongoing racial tension, the seemingly pointless violence of the Vietnam war and the everyday violence of city life are unavoidable on Maggot Brain, from the literal references in the final track to the sadness and fury with which Hazel and the band play across the album, even when conjuring danceable, head-nodding riffs.

There’s no better summation of Funkadelic’s attitude than six excellent psych-rock-funk tracks leading into sudden chaos and everything ending in a nuclear explosion. Clinton’s opening monologue is not just scene-setting psychedelia: it’s a mission statement as to how his band is responding to the death of the wide-eyed hippie optimism of the 1960s. “I have tasted the maggots in the mind of the universe / I was not offended / For I knew I had to rise above it all / Or drown in my own shit.”

It’s not quite accurate to say everything truly ends in a nuclear explosion, and the final seconds of the record give even more weight to that opening statement. How it does so, we won’t spoil here. Just clear 37 minutes of your day and give Maggot Brain a spin.