Richard Lloyd and Tom Verlaine’s magnum opus invented post-punk while punk was at its height, and set the intricate, symbiotic blueprint for generations of offset-sporting guitar bands.

It’s a little unnerving to think of all we might have achieved had we simply decided not to argue about whether certain bands or records are or are not punk. After all, if that’s what you’re thinking about as a Television’s Marquee Moon spins, then there is something broken inside of you.

It is true that their story is inextricably linked to the more cerebral edges of the New York punk scene – its beats include inspiration from early New York Dolls shows, stints at CBGB and Max’s Kansas City, and the particular grot of the Bowery-based artist – but their music is transportive. It feels like it exists only for itself: it was already post-punk early in 1977, right after the first two Ramones records arrived and months before London’s big hitters arrived in the form of The Clash and Never Mind the Bollocks.

Television’s founders, guitarist Tom Verlaine and bassist Richard Hell, were friends from way back, surviving time on the lam from a Delaware boarding school together in their teens before winding up in New York, palling around in a world of poetry, snobbery and bone-deep contempt, for everyone else at first, and then for each other. They played together as the Neon Boys, trading songwriting duties, before forming Television in 1973. Eventually, their tastes would diverge.

“By the winter of 1974-75, Tom was shutting me out beyond a doubt,” Hell wrote in his autobiography I Dreamed I Was A Very Clean Tramp. “He had not only stopped allowing most of my songs onto setlists, but he’d told me not to move around on stage while he sang. He didn’t want any attention distracted from himself.”

Hell was booted from the band (he’d later play with Johnny Thunders and The Heartbreakers and his own group, the Voidoids) ostensibly due to his almost deliberate lack of prowess and distaste for rehearsing. But by that point Television were well on their way to replacing the combustible Hell-Verlaine dynamic with the intricate, interlocking twin leads that would define Marquee Moon.

Fred Smith was somewhat contentiously stolen from Blondie to replace Hell, joining drummer Billy Ficca and Richard Lloyd, like Verlaine a deeply pretty guitar devotee whose style and chops were beyond most of the CBGB set, in a group that would put shoulder to the wheel in pursuit of capturing a series of miniature six string symphonies. 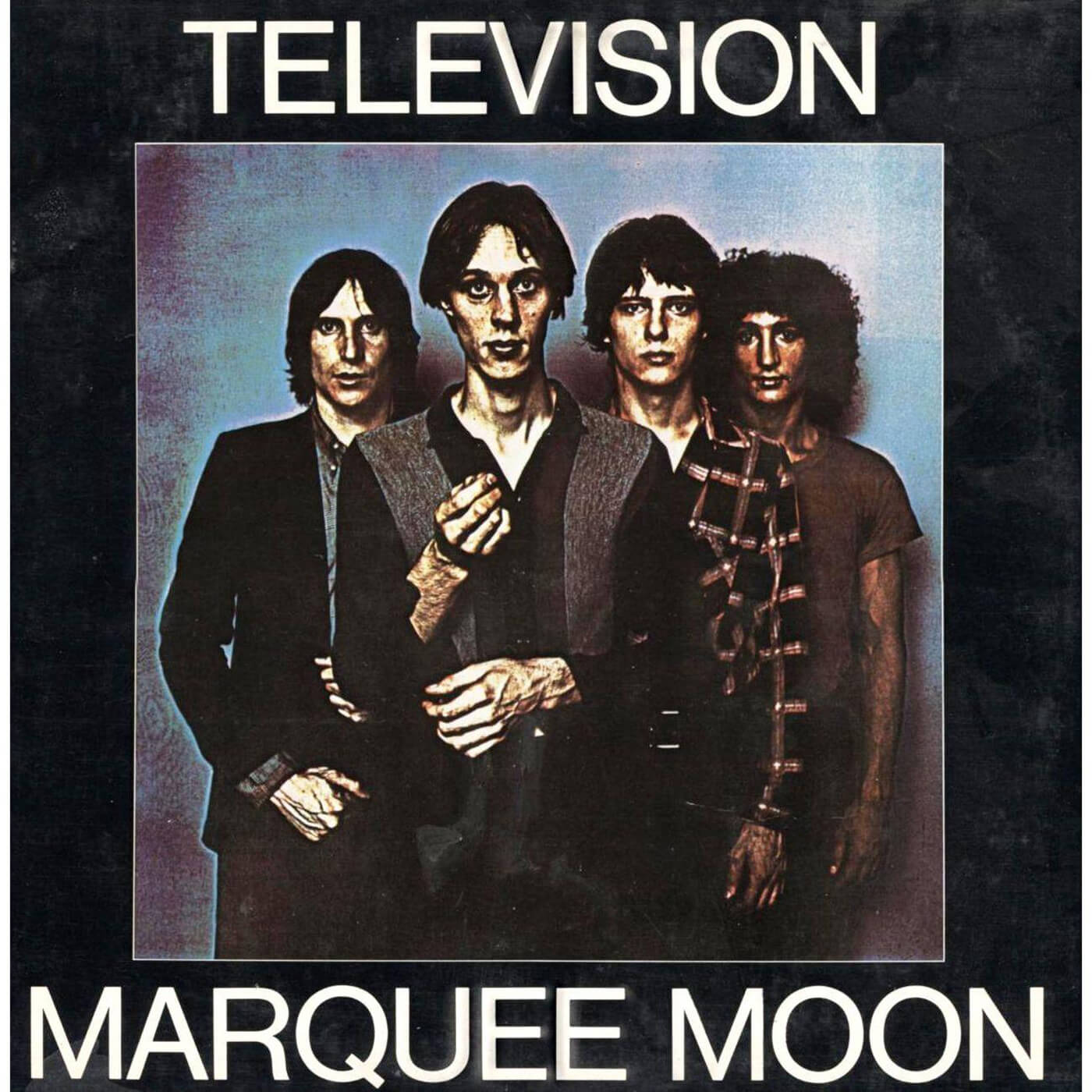 Before Hell’s exit Television made a series of demos alongside Brian Eno. Across a few days in December of 1974 they rocked up at Good Vibrations on Broadway, close to Times Square, and laid down Prove It, Venus de Milo, Marquee Moon, Friction, and Double Exposure. All but the final track would make Marquee Moon.

The endlessly bootlegged session displays a band yet to figure out precisely how its jigsaw pieces fit together – the songs are cluttered and almost-there, while the guitars compete for space rather than working in tandem. “The whole thing sounded like the Ventures,” Verlaine later said in a Sounds interview. “It sounded so bad. I kept on saying, why does it sound so bad? And [Eno would] say, ‘Whaddya mean? It sounds pretty good to me.’”

In a 2013 blog post Richard Williams, who organised the experiment in his role as head of the A&R department at Island Records, wrote: “He and Eno didn’t get on, although there was no overt falling out. That still seems a shame. I didn’t realise at the time what a perfectionist Tom was, and that he wanted perfection even on his demos. But did we make those songs sound like the Ventures? I don’t think so. If you know the bootlegs, you judge.”

What is undoubtedly missing from the demos is the sense of poise and ambition behind the finished Marquee Moon. The fact that Verlaine insisted on producing the LP (alongside engineer Andy Johns) at A&R Recording suggests that there was a period of streamlining that had to occur. Perhaps records like this don’t get made by trying to keep everyone happy or on-side.

Verlaine and Lloyd’s interplay is undoubtedly the backbone of Marquee Moon, displaying a rare understanding of the other’s strengths and proclivities alongside a truly remarkable appetite for melody, even when things get strung out and weird across monster running times. Venus, the LP’s second track, is a perfect song, but a study of its constituent parts, the constant motion of the guitars as Verlaine spits out his words and banters with the backing vocalists, is mind-boggling. It is plate-spinning made art.

The title track, all 10 minutes of it, feels like it comes and goes in a rush of melody and counter melody. The brittle separation of its elements – chord stabs over here, Smith’s bass metronomically playing off Ficca’s snare, the whirring riffs – echoes throughout indie-rock, from Talking Heads through Slint all the way up to the Strokes and Parquet Courts. The uncertainty of the Eno demo is gone, replaced by a band in total control.

As influential as their music was, Television also left practical fingerprints on the next 40 years of alternative music. While Lloyd favoured a ‘61 Fender Strat with jumbo frets and a series of Telecasters, Verlaine’s needs-must approach would shove Fender Jazzmasters to the front of the indie-rock line.

“I remember going up to 48th Street in Manhattan, where Manny’s Music was and all these iconic stores,” Moore told us in 2020. “We were stepping it up a bit, but not too much. Lee pointed at a Jazzmaster and went, ‘That’s the kind of guitar Tom Verlaine uses.’ That was a selling point right there.”