The Genius Of… No Code by Pearl Jam

By 1996 grunge was waning, but instead of fading away Pearl Jam set about making No Code, and in doing so, found the secret to eternal life…

It was 30 years ago last month that Pearl Jam, as Mookie Blaylock, played their first ever show at the Off Ramp in Seattle. That the band celebrated this anniversary in 2020 with Gigaton, their most diverse album in over a decade – and would have toured both North America and Europe but for COVID-19 – can in large part be put down to 1996’s No Code. Often billed as the album that killed grunge, it nearly did the same for Pearl Jam before ultimately becoming the record that saved them.

There had been signs that the band were keen to escape their hard rock pigeonhole on 1994’s Vitalogy, but No Code is where Pearl Jam’s experimental and melodic sides converge, giving the band a way forward when it could easily have reached the end of the road.

The band’s very conscious decision to step back from the spotlight after their rapid rise to megastardom, to offer their fans the chance to either follow them down the rabbit holes of their creativity or jump ship now, was potentially career suicide.

“When you fold out the liner notes,” singer Eddie Vedder has said of this album, “you get the ‘No Code’ triangle, which means ‘Do not resuscitate’. I thought that was symbolic of where we were with the group: if we’re dying, let us die. Don’t try to save us. We don’t want to live as vegetables.”

Instead, those that took the bait and followed the band down its rabbit holes were rewarded with some of the best music to have emerged from the Seattle grunge movement and went on to form one of the most loyal followings in rock music, filling stadiums and arenas the world over for three-and-a-half hour sets that are never the same twice.

No Code did this.

With former Red Hot Chili Peppers drummer Jack Irons (the man who had introduced Eddie Vedder to Stone Gossard and Jeff Ament in 1990) replacing Dave Abbruzzese on drums, the rest of the band appear to find room to breathe in the space created by his more laid-back style. But if the drums are the starting point of the No Code journey, then the guitars still do plenty of the driving.

The first Pearl Jam album to open without a blast of fury, Sometimes is a contemplative, chiming lullaby of a song that floats the listener gently towards the furious waterfall that is Hail, Hail, built around a classic Stone Gossard riff that acts as a musical bridge to Pearl Jam’s recent past.

The third track, and first single, Who You Are is the point at which the listener has to make a decision about this record. Credited musically to Gossard and Irons, the track is built out of a jam in which Irons groovy drumbeat (“I’d been playing that pattern since I was eight”, he has said) is built upon by Gossard’s unusually dissonant guitar part and Vedder’s electric sitar. “Jack’s drumming was funky, very rhythmic and unlike anything we’d experienced,” remembered lead guitarist Mike McCready. “It really leant itself to stuff like Who You Are.” 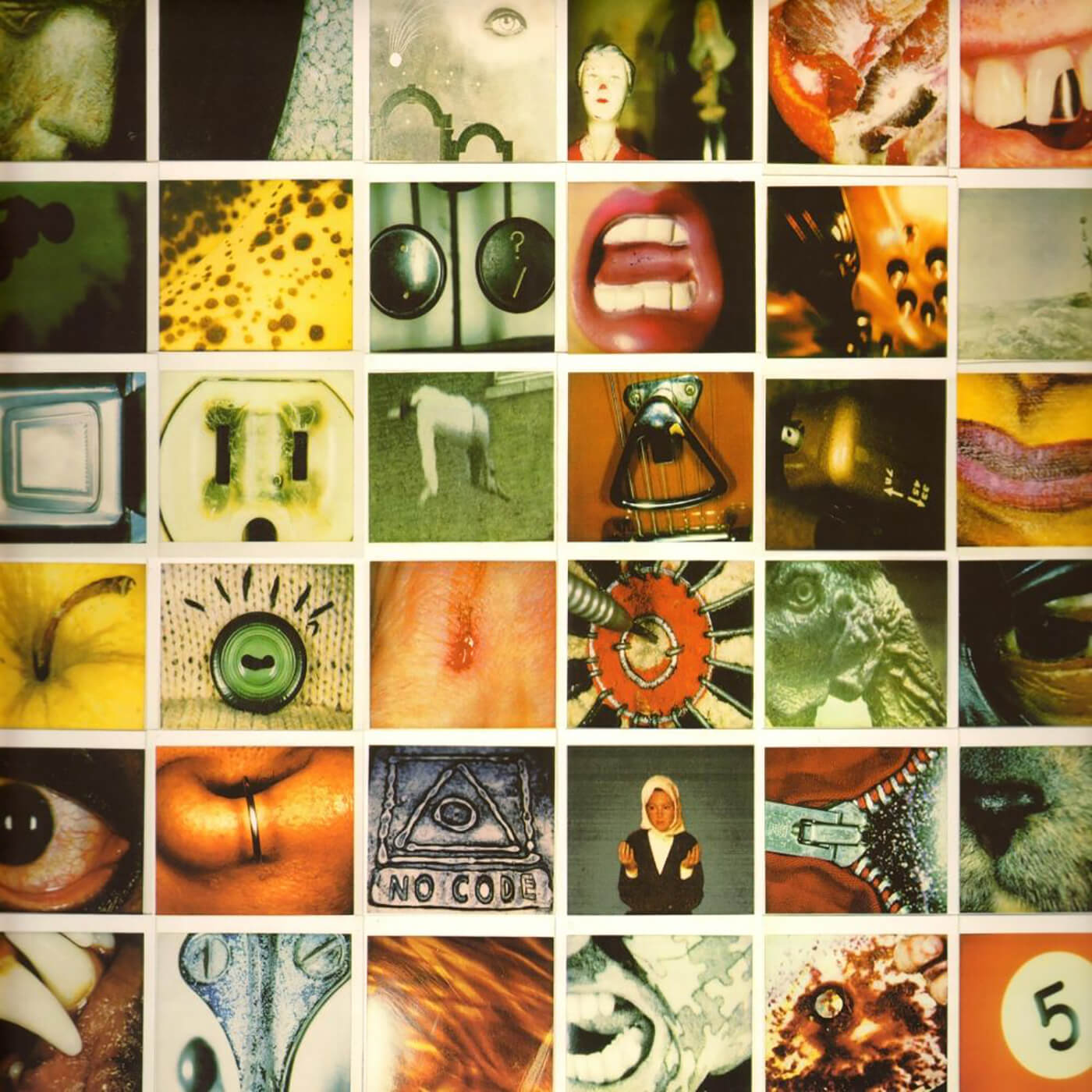 Again Irons’ drumming takes centre stage as the next track, In My Tree, kicks off with Vedder’s vocals accompanying his circular tribal rhythm as the band builds the song from this unusual, ‘world music’-inspired beginning into a recognisable Pearl Jam rocker.

Bassist Jeff Ament had originally been unaware that Gossard and Vedder had begun working on No Code in Seattle at Gossard’s Studio Litho, a point of considerable tension in the band that led one of the group’s founder members to consider his future. But when he did arrive, he turned up with Smile, a Neil Young-inspired song that the band built into a tumbling, harmonica-laden, campfire special. Ament felt he had “four or five other ideas that were more interesting”, but Smile harks back to the band’s time as Young’s backing band on his Mirrorball LP and the Pearl Jam music that emerged from the same sessions: I Got Id and Long Road, which makes it a convenient marker for fans negotiating No Code.

Side A concludes with one pf the album’s centrepiece moments, Off He Goes. On this track Vedder reflects on his own imperfections as a friend and companion as Mike McCready drops intimate, beautifully held bent notes over Gossard’s measured acoustic strumming.

The flip side kicks off with Habit, a metallic howl against the sort of drug abuse that was laying waste to the band’s Seattle contemporaries, and then moves on to the hooky Red Mosquito, built around a McCready slide guitar showcase. Rather than a bottleneck the guitarist apparently played his lead part using Vedder’s grandfather’s Zippo lighter. Lukin is a Vedder-penned, punk rock, 62-second howl against fame and his experience with a stalker.

And then we have Present Tense, written by McCready with lyrics by Vedder and confirmation of the former’s status in the band as far more than just a wailing soloist. Present Tense lies at the heart of No Code in both a lyrical and musical sense. As Vedder looks to make amends with his younger self and seek a newer, wiser direction, McCready’s writing and playing suggest a similar process is taking place within the whole band. The song begins calmly in drop-D, focusing on some of Vedder’s most introspective lyrics, before things open up into the chorus. After the second chorus the music switches to become a driven, chord-based jam shorn of any vocals, before the arpeggios slip back in to wind things towards a conclusion that comes too soon. When the band played its first gig in Europe for six years in 2006 at the Astoria in London, the chaos that met that driven section after the second chorus matched anything that met the songs from Ten.

Stone Gossard takes lead vocals as well as guitar on his self-penned Mankind, a riff-driven put-down of second-wave ‘grunge’ bands, before the spoken word I’m Open lives up to its title, with delicate guitars dancing around Vedder’s lyrics about the loss of youthful innocence.

The album closes with Around The Bend, another meditative lullaby full of crisp guitar notes and quiet contemplation. It probably sums up where Pearl Jam were as a band at the point of completing this record. Even Ament, who had been on the verge of quitting at the start of the process, recognises the importance of the record now. “It was the band’s story,” he told the Los Angeles Times. “It was about growing up.”

Pearl Jam arguably never made another album as experimental as No Code again, but they found their path out of the cul de sac created for them by their initial success to become a band that could continue to make interesting music for another 25 years. Yield, Binaural, Riot Act and even this year’s Gigaton: these albums could not have been made by another band, and they probably couldn’t have been made by Pearl Jam if they hadn’t gone through the process of creating No Code. If grunge died in 1996, something just as wonderful was born.