The Genius Of… Nowhere by Ride

30 years on from the release of their debut album, Ride are once again making records that swell and shimmer with a euphoric, hazy splendour. It all began with Nowhere.

Everybody knows this is Nowhere

Recording Nowhere in the spring of 1990 drove engineer Marc Waterman to a nervous breakdown, but perhaps it was worth it. The result is one of the most important records of the whole dubiously contrived shoegaze genre, an iridescent product of the alchemical interplay between the band’s songwriting guitarists, Andy Bell and Mark Gardener.

From the tantalising cymbal shimmer and howl of feedback that ushers in opening salvo Seagull, through to the fading elegance of Vapour Trail’s DIY strings section, it’s a masterpiece. Astonishingly, Ride were just 20 when they made Nowhere.

The band formed in the summer of 1988, childhood friends Bell and Gardener joined by drummer Loz Colbert and bassist Steve Queralt. After an early demo tape piqued the interest of major labels, McGee pounced. “I don’t even know if we had time to think about failure,” Colbert later told The Guardian. “It was just all moving so quickly, it felt like a great wave that carried us forward.”

Ride’s gauzy dreamscapes fused the ephemeral atmospherics that typified the shoegaze sound of bands like Slowdive and Chapterhouse with the vaporous harmonies of the American West Coast. Yet the band were dismissive of the shoegaze tag, preferring comparisons to the explosive dynamics of My Bloody Valentine, Sonic Youth and Spacemen 3, their songwriting as sharp as The Stone Roses and The Smiths, and their rhythm section as muscular as The Who or Stooges.

The shimmering wall of sound that builds and subsides time and again through Nowhere’s 51 minutes was the result of four members each bringing something distinct to the table. Most important was the partnership between Bell, who would write the initial chord sequences, and Gardener who added the reverb-bathed adornments. The pair’s glinting arpeggios evoked The Byrds, via a pair of contemporary Mancunian references.

“When The Smiths came out, I was 13 and obsessed with Johnny Marr and a bit of a copyist,” Bell told Guitar.com in 2018. “By the time The Stone Roses came along, I was old enough to play gigs; they were my Beatles. Myself and Loz were obsessed by John Squire and Reni, which added so much to our musical style, there was that and a bit of Kevin Shields thrown in.”

Prior to recording the album at Blackwing Studios in London, Bell had spent his advance from Creation on replacing a modest ES-335 copy and a Vox transistor amp with a Gretsch Tennessean, two Rickenbacker 12-strings, a Hiwatt head and a Marshall cab. Most important of all to Nowhere’s jangly cloud, though, was a rack effects processor, the Roland GP-16, which according to Bell was “like a third arm” to both guitarists. 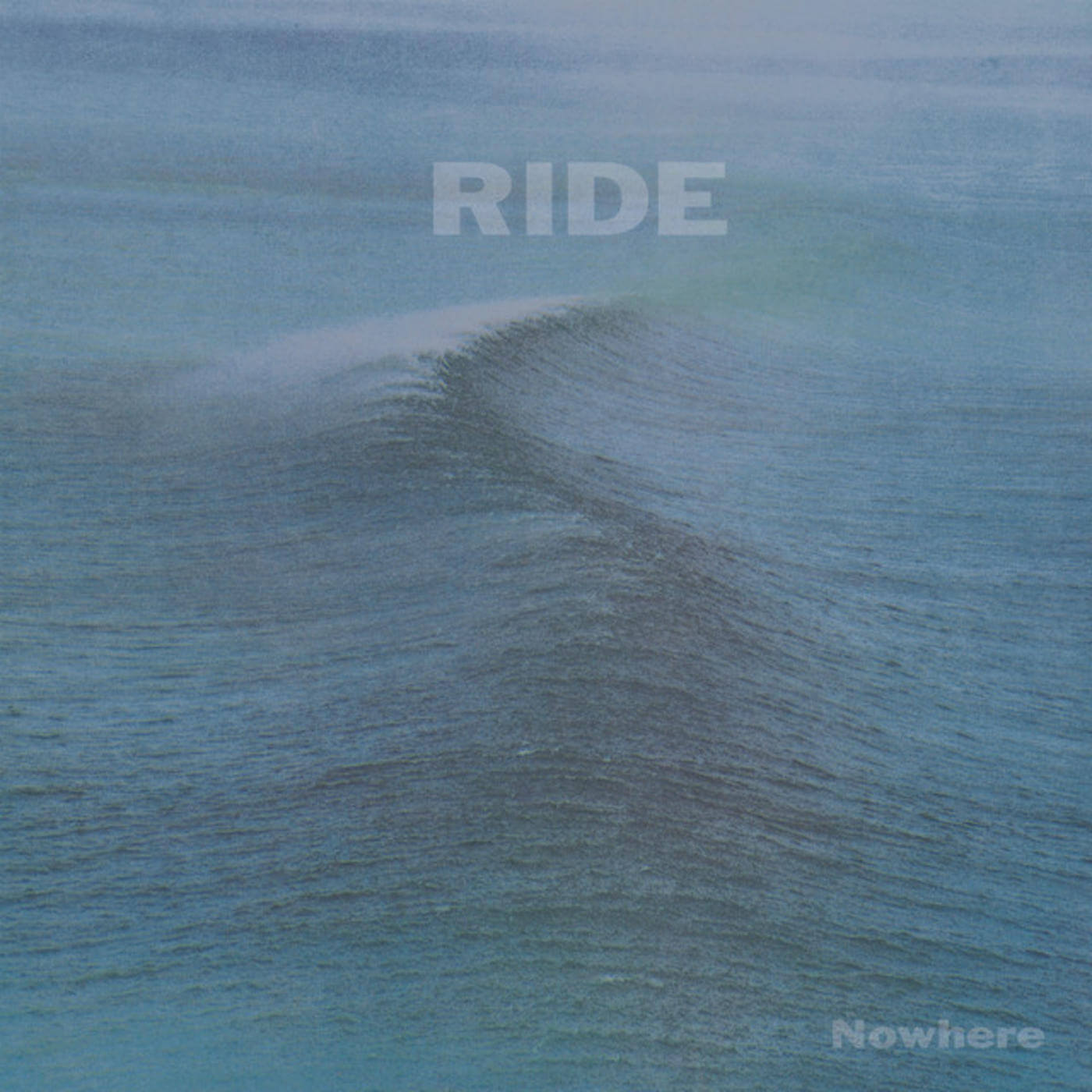 “They became a really big part of the Ride sound,” Bell told Uncut. “You could programme in really complicated multi-effects for one song and then just turn it on with one switch.”

With the band recording live, soon the deadline to finish Nowhere was looming, and the pressure was on, resulting in some long days and late nights that ultimately prompted Waterman’s demise. In his absence, mix engineer Alan Moulder, who would go on to work on My Bloody Valentine’s Loveless, took over.

“The hours just got crazy,” recalled Gardener. “It all added to that dark, alienated feeling that I think permeated through Nowhere.”

Beauty and the beast

Much like two other great early-90s records, Loveless and Verve’s A Storm In Heaven, Ride disdained the notion of hit singles on Nowhere; it’s a record that envelopes the listener as one enchanting whole. Seagull borrows its bassline from The Beatles’ Taxman and is heavily reminiscent of The Stone Roses as it spirals into a huge wah-bathed outro, Colbert’s drums dancing away in the eye of a mesmeric climax.

Polar Bear, inspired by a JD Salinger novella, was written in the studio after Gardener and Bell conjured its tremolo sound from the GP-16, while Dreams Burn Down’s heavenly notes and incendiary blasts of sonic savagery presaged Shields’ work on Loveless, released 13 months later.

Epic penultimate track Paralysed opens with a chiming 12-string pattern that faintly suggests the Eagles’ Hotel California, and contains audio snatches of the poll tax riots that were raging outside the studio window while the band recorded.

The album’s crowning glory, though, is the closer, Vapour Trail, which Bell wrote in an afternoon, not recognising its brilliance until much later. Its simple four-chord progression, based around inversions of an E chord at the seventh fret, is drenched in modulation from the GP-16. Bell sings, with hopeless teenage romanticism and a deadened timbre: “First you look so strong, then you fade away / The sun will blind my eyes, I’ll love you anyway.”

The galloping clatter of the snare and tambourine owes a debt to Reni, while the mournful shading of the strings section was recorded by a single violinist friend layering up dozens of parts. As this celestial wave falls away, the strings are left in solitude to play out the album. It’s a glorious piece of soaring melancholia.

Brimming with youthful confidence, the band can’t have realised it at the time, with the album reaching No. 11 in the UK chart, but Nowhere was Ride’s creative peak. They released two more albums – Going Blank Again and Carnival Light – but their influences had diverged, and they split amid acrimony between Bell and Gardener before their fourth, Tarantula, had hit the shelves.

Gardener formed The Animalhouse and Bell launched Hurricane #1 before spells in Oasis and Beady Eye. Yet there was to be a happy ending to the Ride story – the band reforming in 2016. They’ve since released another two stunning albums that sound instantly like those naïve Oxford 20-year-olds, yet entirely contemporary.

To see Ride, now 50-year-olds, tearing through Vapour Trail at Glastonbury in 2017, it was as if they’d never been away. The press release announcing their return was accompanied by a quote from David Crosby, which read: “Your first band is like your first love; you never forget it, and you never quite feel the same way about any other band.”

Ride and their defining work, Nowhere, are living proof of the truth carried in those words.