The Genius Of… Perfect From Now On by Built to Spill

Rock nerds tend to like what they know, and they definitely like telling people what they know. Perfect From Now On, though, is thorny when placed in this sort of context. It’s a guitar-bass-drums record of an obvious mid-90s vintage, and yet its left turns and guitar lattices suggest that, maybe, it’d be cool if we unlearned some of that rockist stuff we’ve been clinging to. Here, Doug Martsch and Built to Spill seem to ask us, like, what if classically pleasing, unassuming songs could go anywhere they wanted and do big, imaginative things?

Built to Spill only really sounded like this for a short period of time – the excellent records on either side of Perfect From Now On got their kicks from shorter, more melodically-focused songs – but that only adds to the LP’s potency. Martsch hasn’t spent the past 25 years fumbling for answers like someone who solved the meaning of life, wrote it down, and then lost the piece of paper.

Coming at us from Boise, Idaho, Built to Spill formed in 1992, with Martsch as its lynchpin and sole permanent member. Their first two records – Ultimate Alternative Wavers (1993) and There’s Nothing Wrong With Love (1994) – were highly promising, wonkily melodic college rockers. They contained the raw materials that provided the foundations for Perfect From Now On, if not its sense of meandering scope.

As this was the mid-90s, the band signed to a major for album three. Improbably, they’d stay with Warner Bros for the next decade or so, despite turning in a record first up that seemed to delight in doing things that were verboten when the suits were in town: six of its eight songs topped six minutes, the hooks were reedy and sometimes buried. There wasn’t a hit within a thousand miles of Perfect From Now On. There was, instead, a patient sort of alchemy from Martsch, whose increasingly complex writing hadn’t lost sight of the fundamentals.

He had plenty of time to get lost somewhere along the way, too, so there’s definitely some discipline and solid blueprints at work here. Perfect From Now On was basically recorded three times: the first sessions were tossed by Martsch, tapes from the second were damaged in producer Phil Ek’s truck. Third time around, with a teetering stack of hours in the practice room in the bank, Martsch, bassist Brett Nelson and drummer Scott Plouf cracked it. 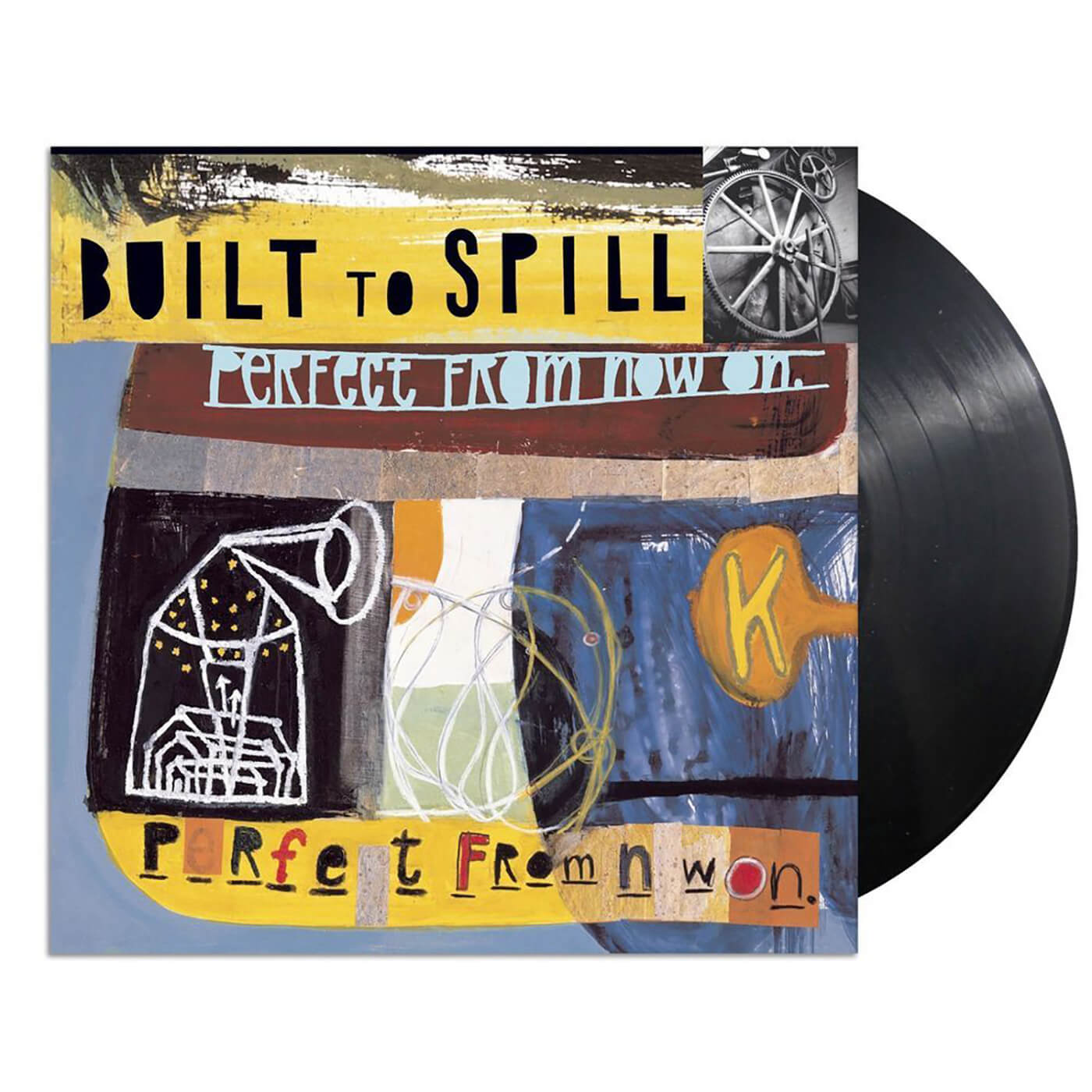 Martsch’s approach to gear seems to chime with the overall outlook of Built to Spill’s music, with each tangle of noise, chiming solo or trebly riff rendered in as few moves as possible. He has one guitar – a 1987 Fender Strat Plus – and usually runs it through a Bassman with delay, slapback, and a little vibrato in play. “At one point I had the pickup switch and tone knob removed, so all it has is the volume control,” he told Premier Guitar in 2015.

“I took the tone knob off because I always had it turned all the way up and never touched it – I dialled in the tone on my amp instead. As for the selector switch, I’m pretty sure that the middle position is the only setting I can use now. The in-between settings were completely useless to me.”

There’s something cosmic about Perfect From Now On, a homespun sort of spaciness that can’t merely be dismissed as a contact high from the opening lines of Randy Described Eternity (thousands of years, metal spheres, Jupiter and Earth etc). Martsch often seems to be investigating space, even if it’s the more terrestrial kind found between notes.

Take the chorus of I Would Hurt a Fly, where his guitar and yelped hook share space with cello, washes of shoegazey scuzz and Plouf’s spiralling drums. The separation of each element, with Martsch and second guitarist Brett Netson apparently handing the baton off to one another like the slickest, shaggiest relay team in history, prevents it from becoming a knot of sound, neatly encapsulating the dynamic that makes Perfect From Now On a guitar record to become lost in, rather than overwhelmed by.

Built to Spill have rolled on, making good records that all registered with devotees in different ways. In 1999’s Keep It Like A Secret they have a masterpiece that could last heavy rounds with its predecessor, certainly besting it in terms of representing Martsch’s more concise side, but for sheer out-there-on-its-own oddness and chutzpah it’s hard to look past Perfect From Now On.

With work on Keep It Like A Secret beginning almost immediately following the release of Perfect From Now On we can zoom out and see a songwriter keen to investigate their strengths and weaknesses and, for a thrilling time, realising that everything they touched seemed to work in an endearingly unshowy sort of way. It’s like Doug Martsch jerry-built a treehouse for the summer and it lasted for a thousand years.

I Would Hurt a Fly