The Genius Of… Richard Hawley – Standing At The Sky’s Edge

One of music’s greatest storytellers and the owner of a stellar vintage guitar collection, Richard Hawley deviated from his familiar mournful romanticism and orchestration on this ferocious 2012 album. Immerse yourself in the sprawling, angry and utterly exhilarating Standing At The Sky’s Edge. 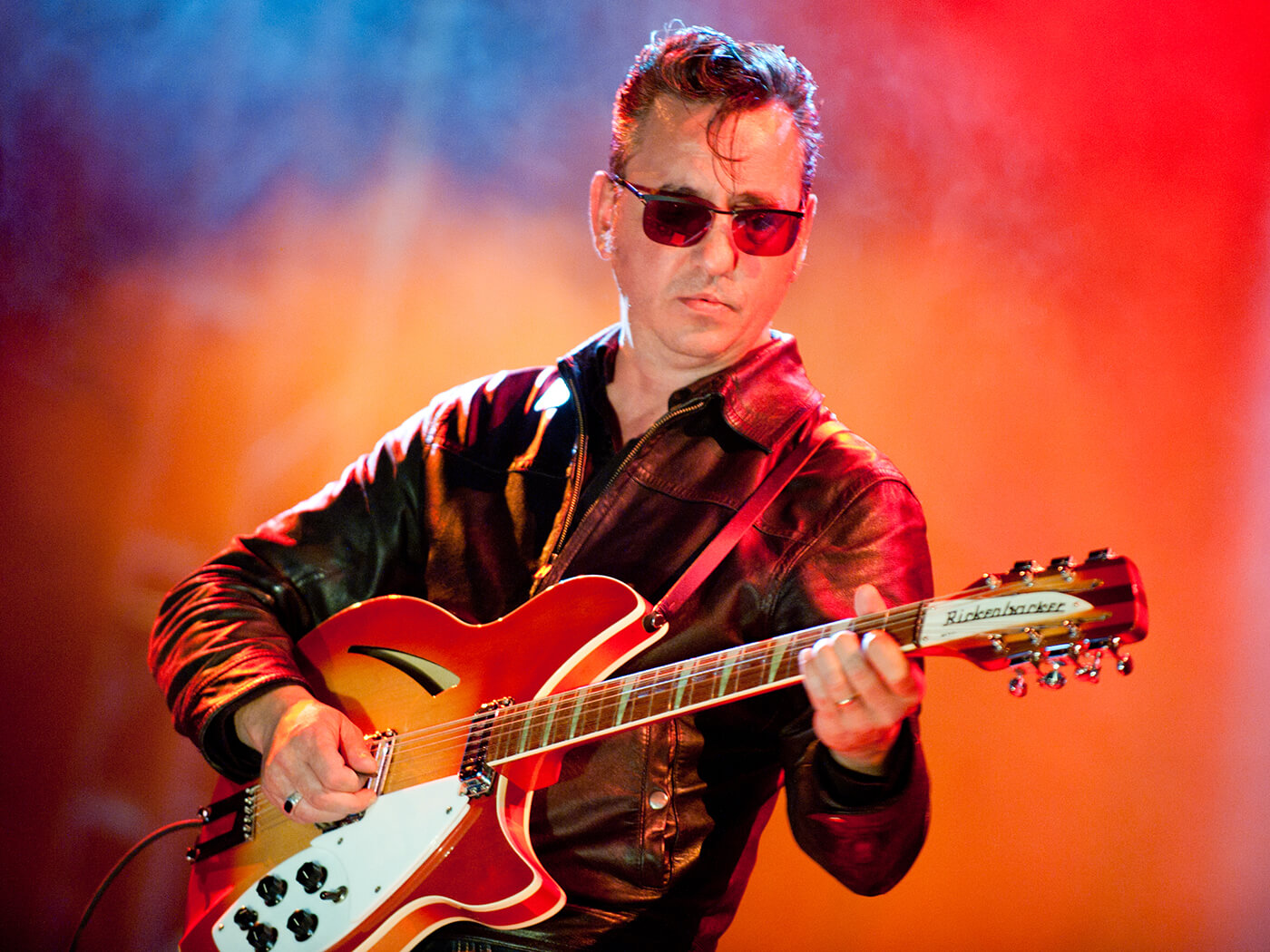 Richard Hawley‘s sixth album is nothing if not a departure. A true guitar album, the lovelorn South Yorkshire croon of the exquisite Coles Corner, Lady’s Bridge and Truelove’s Gutter is still present if you listen closely, but it’s shrouded in a thick enveloping fog – the pulse-quickening sound of a collection of vintage instruments and amps being pushed to their limits. As Alex Petridis’ Guardian review noted: “everything you might have loved about Hawley in the past is here, amid the feedback and sprawling solos”.

A lifelong rockabilly fan, influenced by the totemic greats of Chess and Sun Records, and his vocal heroes Scott Walker and Roy Orbison, Richard Hawley already had an impressive musical CV by the time he released this brooding, angry record. Finding fame as guitarist in Sheffield indie middleweights Longpigs and joining his mate Jarvis Cocker as a touring member of Pulp, he’d also fitted in sessions with bands and artists including Nancy Sinatra, Arctic Monkeys, Duane Eddy, Elbow, Robbie Williams, Tony Christie, Lisa Marie Presley and All Saints – yep, that’s him playing guitar on their cover of the Chilli Peppers‘ Under The Bridge.

Hawley brought all of that vast guitar playing experience to Standing At The Sky’s Edge, recorded at Sheffield’s Yellow Arch studios with engineer Alan Moulder, guitarist Shez Sheridan, bassist Colin Elliot, drummer Dean Beresford and Hawley’s neighbour and folk guitarist Martin Simpson. Despite the strength of the songs, Hawley had initially struggled to conjure the dense, moody atmosphere he wanted from Standing At The Sky’s Edge and turned to Moulder, who responded to his request for something “widescreen and quite intense”.

Taking a break from touring after “30 years of constantly playing music”, Hawley found inspiration for the album while walking his dogs in woods near his Sheffield home. The album’s title voices Hawley’s concern for England as a nation losing its way. “It’s more a metaphor,” he told The Guardian. “We are stood on the edge, politically and socially… I suppose it’s time for us to decide which side of the line do we stand, and I will always stand with the people, always”. On his most political album, Hawley rails against Tory austerity in the wake of the 2008 financial crash and reflects on the tragic passing of his friend, Sheffield musician Tim McCall. All the while, the principal vehicle of expression is a guitar plugged into a cooking valve amp.

“It made me kind of think musically is there anything I’ve left undone… and I thought, I haven’t really ever just used the guitar as the only vehicle,” Hawley explained in one interview, telling the NME, “I wanted to get away from the orchestration of my previous records and make a live album with two guitars, bass, drums and rocket noises!”

Standing At The Sky’s Edge is, as Hawley puts it, a “big guitar album, but without any spandex. It’s not cock rock”. That hair-raising, yet always discerning guitar sound is the product of one of the most enviable collections in British music. His arsenal is too vast to list here, but Hawley has long been a Gretsch man, and his roster includes a 1964 Tennessean, a ’66 Country Gent, a ’65 Clipper, a ’66 Nashville and at least three 6120s. On Standing At The Sky’s Edge, his go-to instrument was often an early-60s Gibson ES-335 he bought in a pub for £250, with a Gold Les Paul ES-295 also seeing action and the stirring jangle of interweaving 12-strings characterising the record – skip to the sprawling Don’t Stare At The Sun for evidence of that majestic sound. 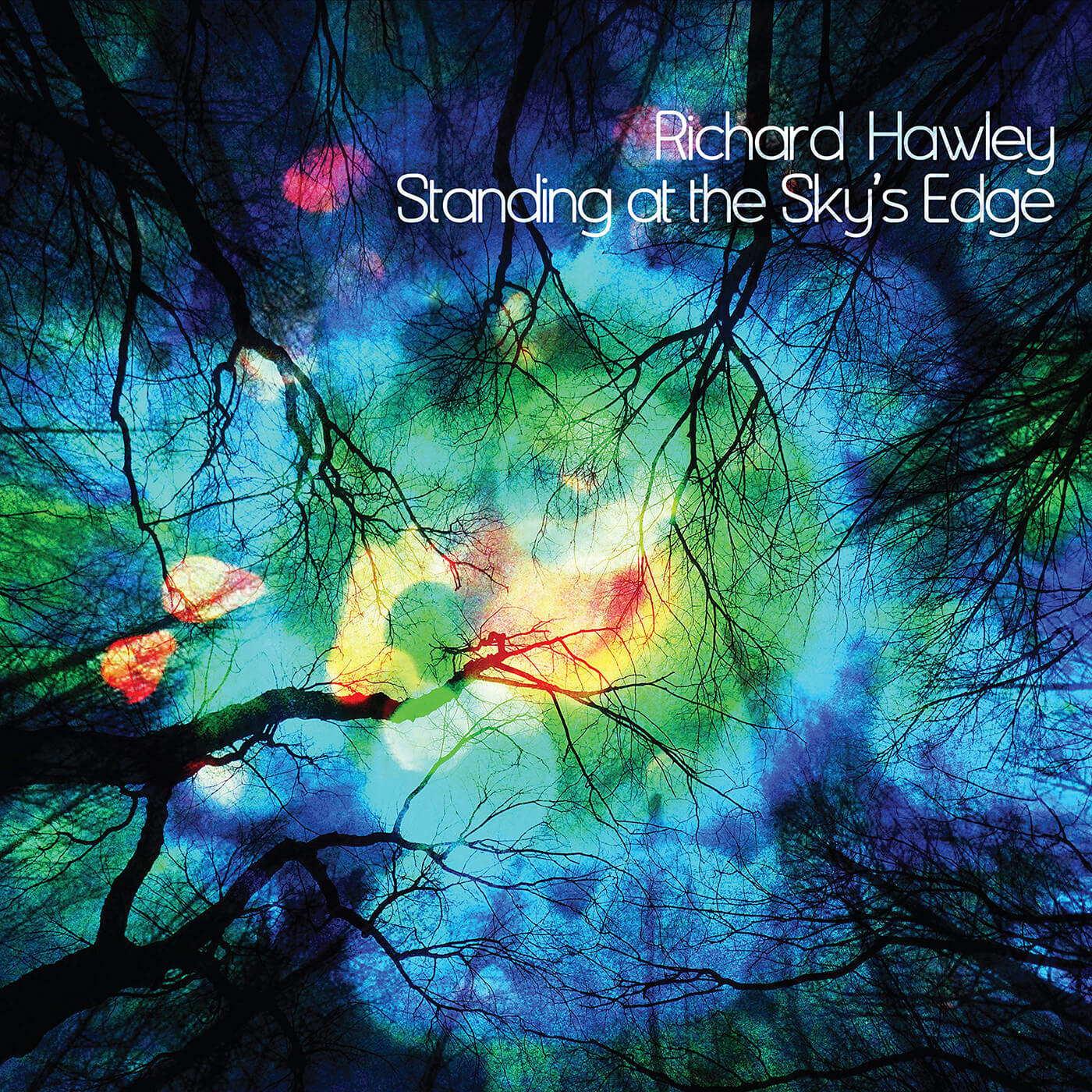 Hawley is a master of marshalling feedback from those vintage hollowbodies, too, playing the howling chaos as an instrument all of its own. If you want a lesson from a true craftsman, then find a clip of one of music’s great orators talking about the way in which he angles himself to his bank of amps on stage – a Fender Super-Sonic head and cab, two 40-watt Hot Rod Deluxes and two 30-watt Blackstar Artisan Series combos. “All of them on, it’s an immense sound,” Hawley told Guitar Magazine in 2016. Having heard it up close on numerous occasions, we would concur.

Standing At The Sky’s Edge is an immersive cloud of bristling guitar melodrama that’s at times wholly exhilarating, its dark hues recalling the psychedelic wall of sound of the first two Verve albums, The 13th Floor Elevators, The Stooges and Spiritualized. There are echoes of the neurotic paranoia found in the dying embers of Britpop, too, notably Pulp’s much underrated 1998 album This Is Hardcore, made while Hawley was a member of the band.

The opening song, She Brings The Sun, starts from a favourite 90s indie chord, Cadd9. It’s flecked with Eastern-flavoured strings, an undulating bassline and the first of the album’s many guitar solos, coated in lashings of wah. The curdling tension of the title track depicts a man murdering his wife and children, alongside accounts of saddening incidents of knife crime in Hawley’s home city as waves of tremolo slice through the air.

Leave Your Body Behind is a swirling five-minute psychedelic epic, vocal and guitar tracks stacked up into a swelling outro that’s almost gospel in feel; but even that is outdone by the the album’s final single, Don’t Stare At The Sun, a slow-building epic with impossibly wistful poeticism. It opens with Hawley out flying kites with his children: “On the fire escape my telescope that scans the evening sky, If I could see it all, Oh to be lost in a galaxy of distant stars, Did I see your face? It weighs so much to be alone tonight”.

The song culminates in the most expansive solo on the album, chiming 12-strings duelling and building to a devastating crescendo. Hawley would often play the song on his Rickenbacker 330-12, deploying an octave pedal to thicken the languorous notes, with Sheridan using a Baldwin 12-string.

The same but different

Standing At The Sky’s Edge represented a bold career move, a change in direction that other artists may have felt too great a risk having established their signature sound. Eight years on, it remains an anomaly in Hawley’s catalogue, with the albums that followed – 2015’s Hollow Meadows and Further (2019) more faithful to his early work. Not everyone was on board, some critics seeing the more strident approach as a misstep, but Richard Hawley has never cared too much about critical acclaim or keeping pace with fashion. “I live in a bubble anyway and that’s for a good reason,” he has said. “It keeps you real and keeps you sane”.

Returning to that Guardian review, Petridis called the album, “the same, but different: a tough trick, pulled off in style”. Over at the BBC, Wyndham Wallace enthused “Standing At The Sky’s Edge is the sound of Hawley cutting loose, and clearly enjoying it”. The Independent‘s review noted “Richard Hawley has upped his game considerably on his first album for Parlophone, leaving behind his urbane, rockabilly-tinged retro-nuevo style for a full-blooded immersion in ringing psychedelic rock. It’s totally unexpected, and completely winning.”

Standing At The Sky’s Edge earned Hawley his second Mercury Prize nomination and debuted at number three in the UK album charts, his highest position to date. The risk was worth it.

Richard Hawley, Standing At The Sky’s Edge (Mute Records, May 2012)

Don’t Stare At The Sun