The Genius Of… Sister by Sonic Youth

Before Daydream Nation would crystallise the US underground sound in 1988, Sonic Youth’s Sister captured the sound of a band brimming with once-in-a-lifetime ideas.

The sleeve art of Sister, Sonic Youth’s fourth album, is incomplete. In its earliest versions, its collage also featured a photo of a young girl by Richard Avedon on the front and a shot of Disney’s Magic Kingdom on the back. Alongside the assembled images that remain, they were emblematic of the band’s long-standing approach to art – in their eyes, existing works could be broken apart and reassembled as something exciting, shocking and new.

“Sonic Youth have ransacked the Stooges’ funhouse,” Creem’s Dave Segal wrote of them in the spring of 1986, about a year after the release of Bad Moon Rising. “They’ve basked in the Velvets’ white light/white heat. They’ve slaughtered Patti Smith’s horses. Soon they will paint the Beatles’ white album black – if they can ever learn the songs.”

The Sister lawsuits came quickly, first from Avedon, and then the House of Mouse. Obscuring the offending images on the eventual artwork kept the lawyers at bay but it couldn’t do anything to stem the flow of transgressive ideas contained within. Here, on the cusp of moving on from their beginnings in the New York punk and no-wave scenes, Sonic Youth took their cut-and-paste aesthetic to a new noise-pop extreme, finding propulsive rock songs in their locker that would partly map out their own future and light up a signpost for the thousands of bands who’d trail in their roiling wake.

Sister stands as maybe the final time in their catalogue that Sonic Youth were moving towards a sound rather than toying with existing expectations. Their second release for the Los Angeles-headquartered punk institution SST, it kicked away from EVOL’s Grand Guignol dissection of American iconography and into something more streamlined, where Thurston Moore and Lee Ranaldo’s guitars slipped between driving riffage, surprising pockets of melody and out-there noise workouts.

Its attachment to the avant garde is almost tenuous, on one hand setting the table for Daydream Nation, perhaps the seminal statement of the 1980s US underground, and on the other revelling in the sort of cacophony they could make if they revved things up. Leaning on a career-best performance by drummer Steve Shelley – who’d replaced Bob Bert during the Bad Moon Rising tour, having cut his teeth with the Michigan punks Crucifucks – they overlaid his popping toms and rattling hi-hat with squalling guitar lines that bit back at Moore and Kim Gordon’s typically studied, laconic vocals, creating a brew that was equal parts Television, Glenn Branca and garage rock. 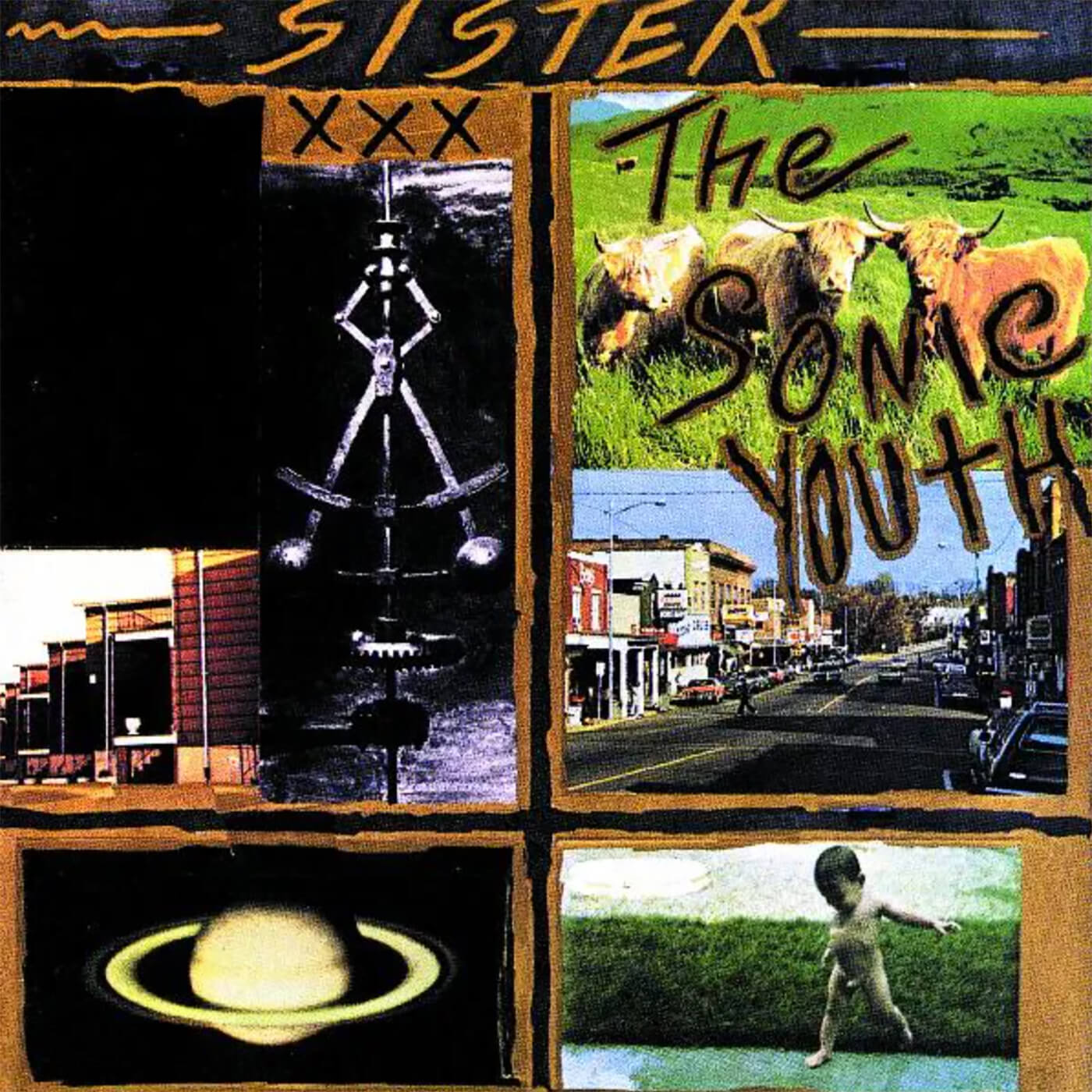 Chasing what Gordon described as a “rawer, more immediate sound” in her memoir Girl in a Band, Sister was captured at Sear Sound in New York, only a few blocks from the music stores where Moore and Ranaldo had picked up their first Jazzmasters a few years earlier, following the death of their pawn shop gear at their own hands. “When Sonic Youth started, the first guitars we had were so cheap and horrible that they sounded terrible in traditional tunings,” Moore told us in 2020. “But they sounded great when you put a drumstick underneath the 12th fret to create this noded guitar where you could play either end of it.”

“The charity shop guitars were just falling apart,” Moore continued. “Their shelf-life was limited, especially with the way we were treating them. As soon as we had a little coin, I remember going up to 48th Street in Manhattan, where Manny’s Music was and all these iconic stores. We were stepping it up a bit, but not too much. Lee pointed at a Jazzmaster and went, ‘That’s the kind of guitar [Television’s] Tom Verlaine uses’. That was a selling point right there.”

Sister is perhaps at its most exciting when Moore and Ranaldo’s status as outre experimenters – they had history in the guitar orchestras of Branca and his contemporary Rhys Chatham – barges into view, as with the deconstruction of one of its most blithely hook-focused songs, Tuff Gnarl, which is a ringing, golden-hued indie-rock song for a minute and change before being engulfed by dissonance. It leads perfectly into Gordon’s harrowing Pacific Coast Highway, which reverses the trick by swerving into Velvets-style melodicism after its jarring, confrontational opening stanza.

Bridge to the unknown

Daydream Nation reshaped Sonic Youth’s world upon its release in 1988, with the double album ushering in a more solid, unified sound while opening doors for bands such as Nirvana and Dinosaur Jr. It almost immediately introduced open water between itself and its predecessor, and with it their attachment to the art-punk world that shaped their creative sensibilities in the late 1970s. It’s testament to its enduring quality and sore-thumb construction, though, that Sister retains a vital spot in their story.

Inspired by the quasi-philosophical writing of sci-fi author Philip K Dick and boasting passages that forced a reckoning on what might be considered a song, it welded high-concept writing to textural exploration and punk attitude, all in just 37 minutes. Sonic Youth were never the same again but we’re lucky they were like this even once. As the 1990s came into view around a sweeping bend, the band had become a self-contained torrent of ideas to rival the madness that came screaming out of the Bowery a decade earlier.