The Genius of…Sorry Ma, Forgot To Take Out The Trash by the Replacements

“The little engine that could but didn’t fuckin’ feel like it” still offered us normies a glimpse of genuine chaos in its most vibrant and thrilling form.

The great thing about rock ’n’ roll is that it lets us – your nerds, your tragics, your normies – experience genuine chaos and abandon at a safe remove. Few bands have done genuine chaos as well as the Replacements, and few bands have made it look so vibrant, so unfiltered, so real. They made failing, more like going down in flames, look like an artform.

In 1989, just as the ‘Mats were about to release the positively refined Don’t Tell a Soul, Spin’s Michael Corcoran synthesised a couple of scenes in a colourful interview piece: the group, older and a little wiser at the offices of Warner Bros., and their younger selves, too drunk to play, fighting the audience, and messing with the cops, at a 1984 show in a Houston warehouse. The killer element is that in both settings they’re charming, fascinating. “The Replacements, the little engine that could but didn’t fuckin’ feel like it,” Corcoran marvels.

The MC5 or something

The Replacements came together in Minneapolis as the 1970s exchanged details with the 1980s, bringing with them family histories dotted with alcoholism, depression, abuse and the escape provided by guitars, the Beatles, the Stones and AM radio. The brilliant guitarist Bob Stinson, an outsider forged by stints in juvie and the cruelty of his stepfathers, and his kid brother Tommy, a literal child being kept on the straight and narrow by a bass passed down from his sibling, fell into step with drummer Chris Mars and songwriter Paul Westerberg, a born pop romantic whose songs would cut through the noise of the hardcore scene they came up alongside.

Few great punk bands owe their formation to a Yes song, but the Replacements sort of do. On his walk home from work as a janitor, Westerberg would take note of the noise cascading from the same house over and over – he was hearing his future bandmates thrash out 100mph versions of their favourite prog-leaning rock, including a breakneck Roundabout, under the name Dogbreath. Soon he was invited into the Stinson home in order to connect with Mars, a friend of a friend.

The newcomer, who’d had his lights turned on by the Sex Pistols at the Minneapolis record store Oar Folkjokeopus, brought with him LPs by the Heartbreakers, Buzzcocks and New York Dolls. “They hated punk bands,” Westerberg told Bob Mehr in his essential Replacements biography Trouble Boys. “But they were playing like the MC5 or something. They had some type of punk energy they had no idea they possessed.” Bob’s ears pricked up once he’d heard the antic playing of Captain Sensible on the Damned’s Machine Gun Etiquette. “I ripped him off good,” Mehr reports Stinson admitting. 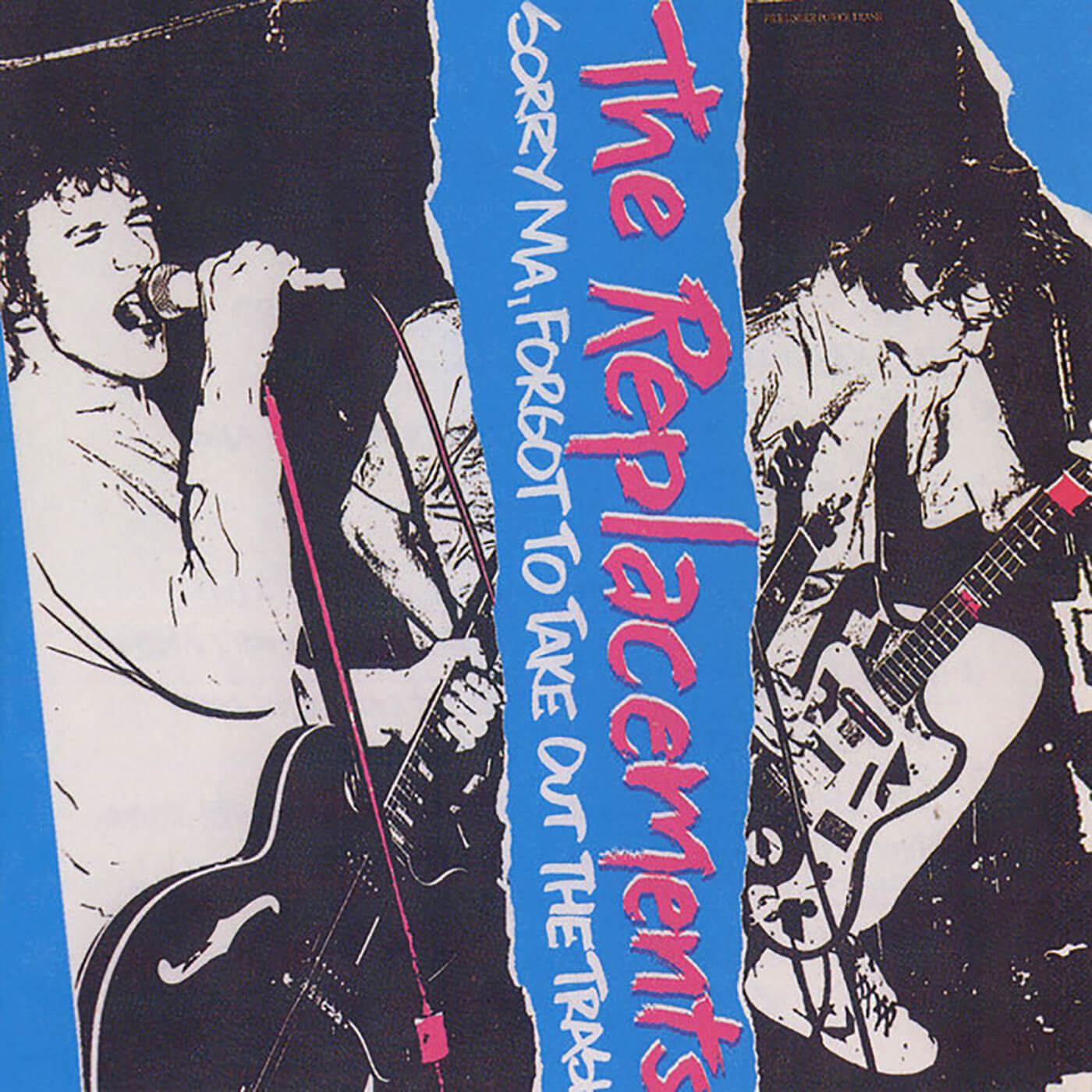 The same but different

Westerberg and Stinson were different but complementary as people and musicians. They were both students of rock ’n’ roll, devouring music magazines and poring over their records, but they used that book learning to deconstruct what other people had done before and build their own thing. By the time Dogbreath had become the Impediments and then the Replacements they were playing originals that were good enough to catch the attention of club DJ, Oar Folkjokeopus manager, and Minneapolis tastemaker Peter Jesperson, who also co-ran a small label called Twin/Tone.

He wore out the tape after getting a demo from Westerberg and booked them at local haunt the Longhorn, but only after they’d been booted from a bill at a sober church show for drinking and doing speed. Mehr recounts them playing 18 songs in a little over half an hour and opening with Careless, a standout from what would become Sorry Ma, Forgot to Take Out the Trash.

The early Replacements were a thrilling clash of volume and DIY chops, headlined by Westerberg’s almost-structured writing and half-finished chords going up against Stinson’s barrage of notes. He might not have cared for Tom Petty and the other Heartbreakers but, favouring Telecasters, he played with the melodic verve of Mike Campbell falling down a flight of stairs. Their first LP captured that in all its ramshackle glory.

Sorry Ma, Forgot to Take Out the Trash was recorded to eight-track at Blackberry Way over a matter of months as time allowed. “The sessions were a gas,” Jesperson, who co-produced with Westerberg and Steven Fjelstad, told Michael Azerrad in Our Band Could Be Your Life. “The band was exploding right before my very eyes. [It was recorded] mostly live, very few overdubs. I really could never tell you how exciting it was. And they were 100 per cent unaware of how great they were.”

It takes only a few seconds for the record to make an impression. Once its sleeve image – Westerberg yelling into the mic with his Gibson ES-335 at his waist, Tommy in mid-air with his bass – has faded, the wailing notes of Stinson’s lead lines barrel into a hooky riff and Westerberg’s barked intro to Takin’ a Ride. At each turn the band find surprising pockets of melody, roughing up decades old rock structures with bratty, insolent panache.

It’s fast and frantic but it’s not hardcore. Their disaffection and alienation doesn’t really manifest in the outright, bludgeoning anger or frenzied speed of their friends and rivals in Hüsker Dü, the social conscience of DC, the nihilism of the Los Angeles set, nor the violence of the contemporary New York scene. In part that’s because Westerberg so appealingly plays the fuckup, but it’s also because Stinson sounds like the best bar band guitarist of all time. Across 18 songs they pinball back and forth, balancing energy with sensitivity and the clamouring emotions of being young and dumb.

Never did make it, ma

You can trace the peaks and troughs of life post-Sorry Ma… – with 1984’s Let it Be a generally agreed upon high point – fairly easily, but it won’t make complete sense. You kind of have to zoom out and feel a band like the Replacements. They sold some records, signed to a major, got banned from SNL, and opened for the Stones, but their fame never outpaced their influence. Whenever a writer picks out a classic rock swatch in a punk band and attributes it to Bruce Springsteen, there’s a decent bet that there’s some Replacements in there too.

The band eventually folded in 1991, four or so years after Slim Dunlap replaced Bob Stinson in the band, and four years before Stinson’s death at 35, his body worn down by years of substance abuse. He’d been fired along with Jesperson as the Replacements moved away from their rockist beginnings and into Westerberg’s more varied, expressive period. There was a lot of drink, a lot of drugs, on both sides. “It probably looked worse for the manager to be fucked up than for the band members to be fucked up,” Jesperson told Azerrad. “But it was kind of like the pot calling the kettle black.”

There were solo records, stints playing in Guns N’ Roses, and painting careers to follow for Westerberg, Tommy and Mars, and in 2012, following work on a benefit record for Dunlap, the Replacements had their victory lap. Their reunion, with Josh Freese on drums and Billie Joe Armstrong subbing in on guitar from time to time, was witnessed by rapturous crowds in their thousands. It was just another chapter, though. The Replacements never needed anyone else to tell them how good they were.

The Replacements – Sorry Ma, Forgot to Take Out the Trash (Twin/Tone, 1981)