​The Genius Of… Supergrass – In It For The Money 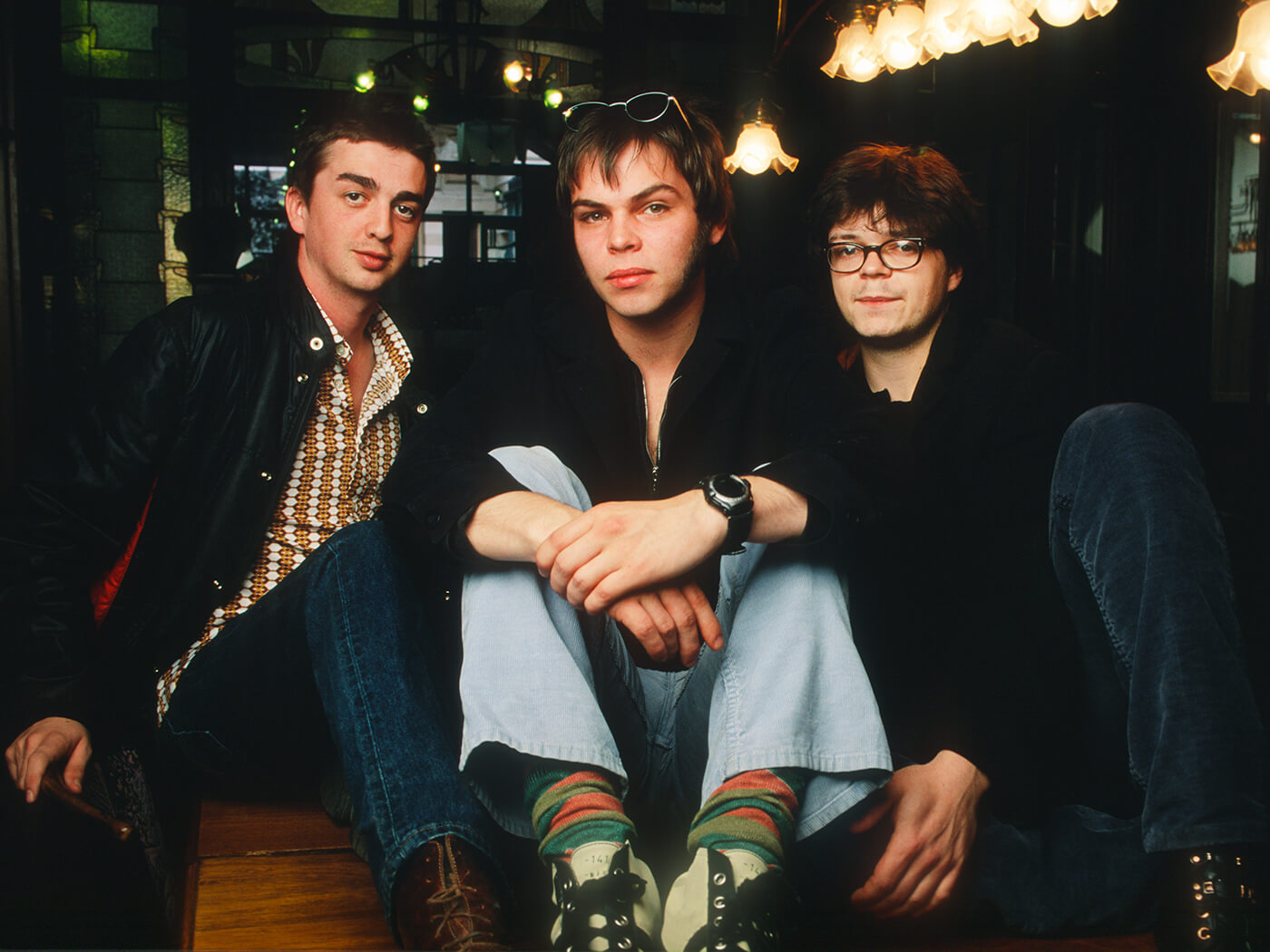 When your first album is Parlophone’s bestselling debut since Please Please Me, you’ve written an elixir-of-youth pop classic and turned down an offer from Steven Spielberg to make a TV show off the back of it, how exactly do you follow all that up? In the case of Supergrass, you just metaphorically shrug your shoulders and make a follow-up album that’s better in every way.

I Should Coco definitely had depth beyond its fizzing energy, crazy videos and manic pace. Gaz Coombs, 18 at the time of its release, provided great guitar moments: the rock ’n’ roll stylings and louche harmony solo in Alright, the manic garage-rock energy of Lose It, the Jimmy Page riffery of Lenny, the slide guitar on Sofa (Of My Lethargy) and more all elevate the album beyond cartoonish throwaway power-pop.

Yet the big shift between In It For The Money and its predecessor lies in how much the band upped the ante in terms of production and musicianship in the few years between writing the songs. While the second record lacks a timeless pop single like Alright in among its 12 tracks, what it offers instead feels like witnessing The Beatles’ musical transformation on fast-forward.

Going Out, the first single, was released almost a year before the album, in February 1996. Opening with a catchy 60s fairground-organ riff, it was a genie let out of the bottle: a great Townshend-esque guitar riff driven by Goffey’s pugilistic drums, its brief respite of a horn and piano section, its jam-session climax fading gradually into extended tremolo and ending with a guitar jack being pulled out, here was a taster of the experimentation to come. 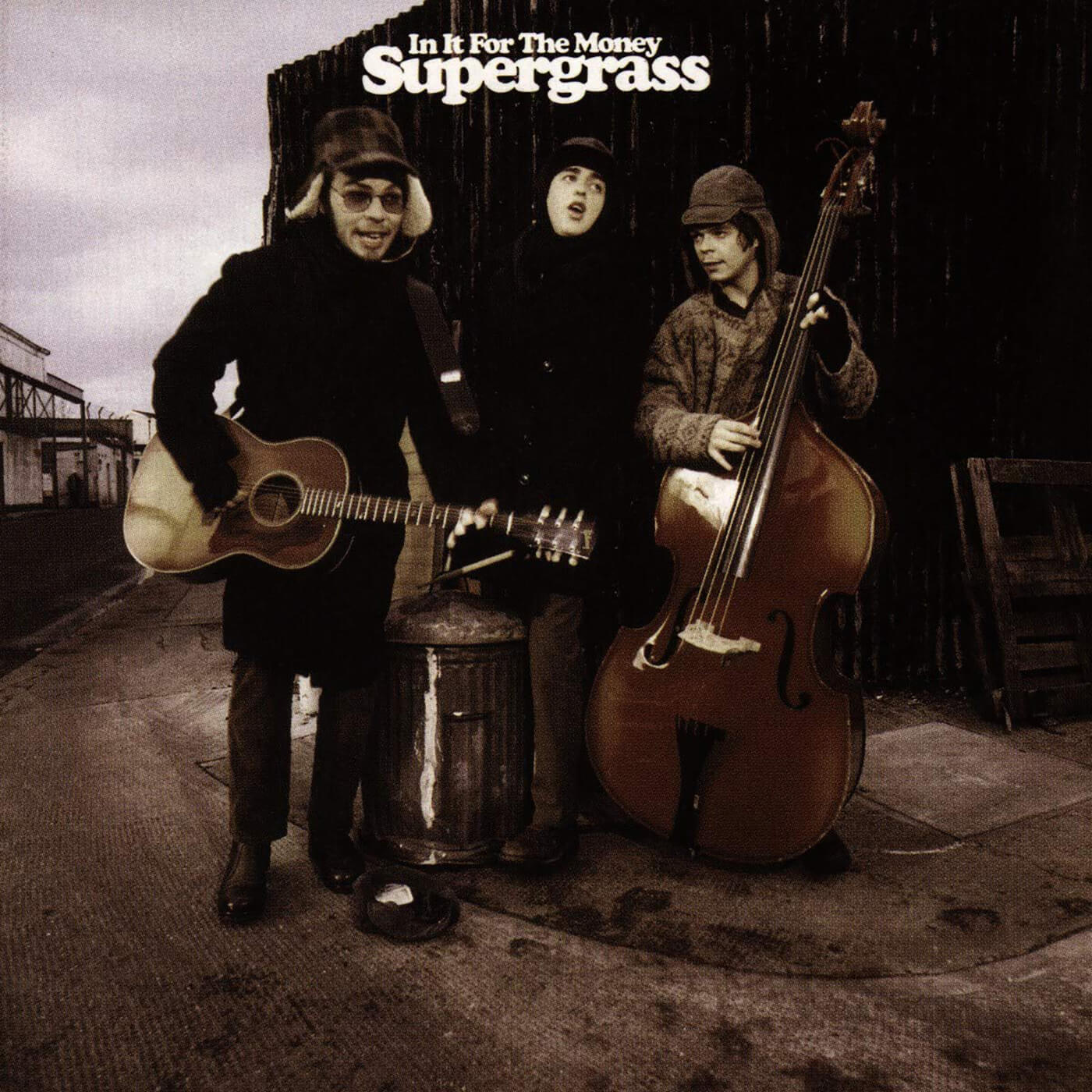 They’re in it for the music…

The rest of the album, recorded in the sequestered setting of Cornwall’s riverside Sawmill Studios with engineer John Cornfield, continues the hyperactive burst of creativity and energy hinted at by that amazing single. With swerves at every turn, it weaves in a record collection’s worth of references and telling touches that disappear in a flash.

The title track sets the tone with a series of builds and releases that pack in menacing Happiness Is A Warm Gun-esque descending arpeggios, retro vocal harmonies, brass lines and a wall of OTT distortion and organ sound, topped off with an abrupt shrug of an ending. Next up is the rampaging Stooges stomp of Richard III, as magnificently manic as anything on I Should Coco but with just enough melody in the basslines to sweeten the dissonance in the furious guitar parts, which flit from octaves to wah lead lines to soothing hammered-on sus4 chords in the blink of an eye. There’s also a Theremin solo that you didn’t know you needed.

The rocky shuffle of Tonight flits expertly between distorted wall-of-sound rock guitar and brass flourishes, before the album’s musical high point, the majestic Late In The Day, takes the spotlight. The fade-in of a late-night Neil Young-flavoured strummed acoustic intro with major seventh chords smoothly gear-shifts into a harmony-laden 60s-pop jaunt worthy of the Kinks, before the middle section’s Moog solo foreshadows a mighty guitar solo with expressive unison bends – it’s pure melody, through a distorted lens.

Sonic juxtapositions like these make perfect sense on In It For The Money. It’s Not Me punctuates tender acoustic guitars with filtered synth bass and Cheapskate melds funk with backwards-reverb vocals and busy Paperback Writer-esque riffs, but the underlying sense of humour means none of it seems jarring or try-hard.

The retro thrills continue towards the end of the record, in the clanging, dissolute chords of the Who-referencing You Can’t See Me and the wah solo in the Beach Boys-esque Hollow Little Reign, before the album closes with the surreal Sometimes I Make You Sad, a psychedelic fairground ride with a Lennon-esque flavour, beatboxing and a sped-up Gypsy Jazz-style acoustic guitar solo.

Much more than just Alright

In It For The Money deservedly lapped up critical acclaim on release. Q readers voted it 68th in a greatest album of all time poll; it outsold its predecessor and put the foundations for longevity firmly in place. Supergrass long outlasted the Britpop scene they emerged into but kept politely at arms’ length, continuing their experimentation and scoring hits with four more albums before eventually splitting up in 2002, during sessions for the still-unreleased Release The Drones.

Gaz Coombs went on to release a series of critically acclaimed solo records – also chockful of great playing – and 25 years on from their debut, Supergrass released a career boxset in 2019, The Strange Ones: 1994–2008, played Glastonbury’s Pilton Party and a reunion tour for 2020, though they made no promises on new material. Fans will have to wait and see, but while they do, it’s time to soundtrack your summer once again with the off-kilter creative brilliance of In It For The Money.

Supergrass, In It For The Money (Parlophone, 1997)