The Genius Of … The ’59 Sound by The Gaslight Anthem

The New Jersey punks second album fused soul and rock with epic storytelling to launch them to a whole new level… inspired by the pursuit of a particular guitar tone.

“It had all the markings of a classic. Every song was great. It was fresh and rich and newly discovered. A lot of spirit, a lot of soul. Those things have a tendency to last.” When Bruce Springsteen has that to say about your record, you know you’ve made something special. And with their second album, The ’59 Sound, The Gaslight Anthem made something very special indeed.

Hailing, like The Boss, from the Jersey Shore, Brian Fallon, Alex Rosamilia, Alex Levine and Benny Horowitz had released their debut album, Sink Or Swim, to much acclaim in the punk circles in which they mixed. Rough around the edges it may have been, but the songwriting chops were strong, and with the mix of heartland influences with soul and classic rock ’n’ roll, the hints were there that this was a band that could step up to the next level. But when they decamped to LA to record the follow-up, things already had a death or glory feel.

Failure is not an option

Death, it turns out, was not an option. Over five weeks at Sage & Sound and Mad Dog Studios the band pulled together a masterpiece that added breadth and beef to the band’s already distinctive sound, with just enough pop sensibility to smash down the doors to mainstream radio. Guitarist Alex Rosamilia said at the time: “For Sink Or Swim, we had a week or so and what we brought to the studio. For [this] last record we had about five weeks and quite the arsenal of gear to tear through. Which did lead to a couple of ideas I don’t think we would’ve had otherwise.”

The album’s title refers to the fact frontman Brian Fallon was chasing a certain tone for the album: that of a 1959 Fender Bassman. And he was chasing it to the extent that he was in the process of gutting a reissue and rebuilding it with vintage parts. “I discovered that was the sound they were using on all those Sam Cooke and Elvis Presley records,” Fallon this said. “Bruce used one too. I was a firm believer in the magic of things, and I obviously couldn’t afford a real one, so I would build it.”

The song itself came quickly. “I just reached out and grabbed it,” said Fallon. “I don’t know, I think I was waiting for it.”

“Brian played it once, just him playing the guitar,” remembered Rosamilia. “We ran through it, and in 25 minutes it was done. The third time we played it, it would have been recognisable to you. It didn’t change that much. The song gave us the vibe of the record, the title of the record, all of it right then and there.” 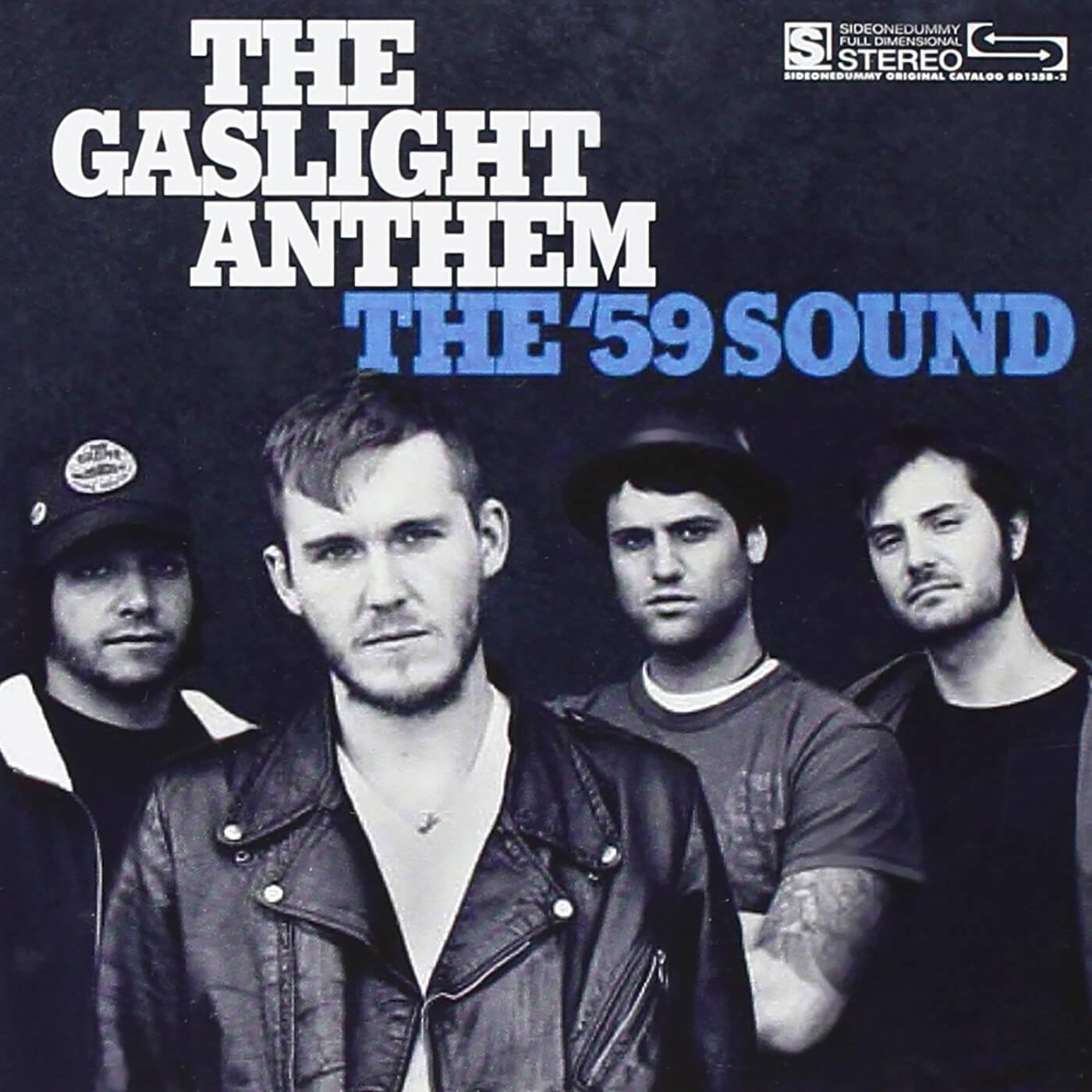 That ’59 Bassman had Fallon’s Fender Telecaster and Gibson Les Paul plugged into it, but the frontman kept things simple. Throughout the whole album the rhythm guitar sound was recorded clean, eschewing distortion to give Fallon’s tone a clear, warm feel that captures the essence of the nostalgia for a time before their own – and by extension the passing of youth – that is the heart of the record.

That nostalgia and sense or warmth is enhanced by the decision to add a slapback effect to Fallon’s vocals, evoking 1950s rock ’n’ roll and 1960s soul – the latter a particular source of great inspiration for the songwriter.

“People weren’t sure about that,” remembered Fallon, “and I was like, ‘Yeah, tape echo. What’s the matter with you? Have you never listened to The Clash, or Bruce Springsteen, or literally any band?’ This is a thing. It’s the whole sound. But it wasn’t common for a punk band.”

The record is not without distortion, however, Rosamilia recalling: “We had a Zemaitis in the studio, which is basically a guitar that’s made entirely out of metal. It’s a different tone. It sustains longer because the metal vibrates. And it’s heavier than shit.

“We played it through a ’50s dictaphone recorder with a reel, and a weird plug for the microphone. That’s what that distortion sound is, just plugging the guitar into that and being blasted through a two-inch speaker.”

Elsewhere on the album Rosamilia wields his Gibson SG to complementary and contrasting effect with Fallon’s clean rhythm lines, offering a wider sonic scope and bringing an indie feel to proceedings. “I’ve been trying to emulate the way the guitars sound on Disintegration by The Cure as part of my sound ever since I’ve been playing the guitar,” he once told Truepunk.com. “I can’t picture somebody playing it, even though I’ve seen people play it before!”

The ’59 Sound kicks off with the sound of a needle dropping onto a record (Rosamilia’s idea, and something else that ramps up the feeling of warmth the album exudes) and a repeated guitar part played on a Dobro by Rosamilia before Great Expectations kicks in, exploding out of the speakers at 124bpm and referencing Estella from the Charles Dickens book of the same name in the first of many lyrical reference points that map Fallon and the band’s creative and artistic journey to this point. He’s not telling Pip’s story though, he’s telling his own.

Fallon had always intended the song to open the record, in fact when they met producer Ted Hutt they did so with the album’s song order already mapped out. They rehearsed it in order before going in to record, the idea being that the album told a story, so all the song’s on the running order had to make the album, and they had to make it in order.

“We had what would end Side A,” Rosamilia told The Ringer, “what would start Side B. It wasn’t just, ‘Here are our 12 songs from best to worst’.”

That meant closing with The Backseat, a song the band is justifiably proud of. A song in G Major that builds and builds throughout its four minutes plus until suddenly it floats away on the breeze – gone before you can grasp it, just like our youth in the moment adulthood arrives… “It is my favourite song we ever wrote as a band,” says bassist Alex Levine. “The last eight measures of that song, if you could bottle that up and sell it…”

The Gaslight Anthem actually did exactly that with The ’59 Sound: they captured that moment, turned it into 12 startlingly good songs and lit up the imaginations of a generation going through that metamorphosis. And picking up one significant fan along the way. We gave him the first word here, so we’ll give him the last too.

“It was simultaneously sparse and epic at the same time,” Springsteen has said, summing up the album. “It was a blend of things that was particularly original. The band had a unique sound. The ways the guitars blended, the way the riffs sort of melted into one another. It was epic songwriting disguised in this four-piece rock band.”