The Genius Of… The Modern Dance by Pere Ubu 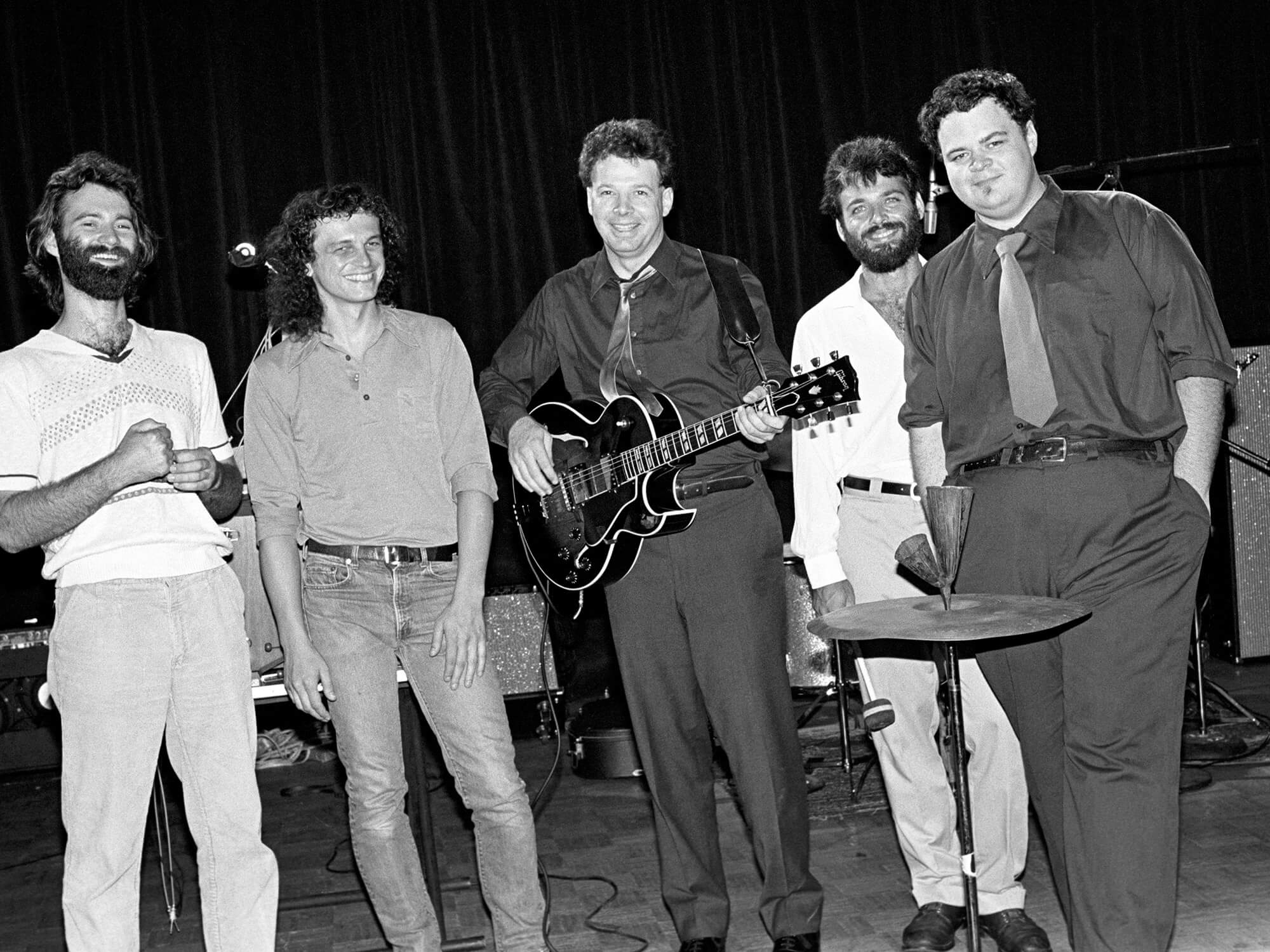 Whatever your take on Pere Ubu is (if you have one) it’s probably wrong, and David Thomas would tell you so to your face if he got the chance. The band (if it’s really a band) has represented so many different things over the years that, in truth, their creative lodestar has had a few different opinions on their function himself.

What is certain is that their body of work is one of the most exciting and unpredictable to emerge from the outer reaches of punk, beginning with a handful of groundbreaking singles and their iconoclastic first LP The Modern Dance, which is about to turn 45.

In its opening seconds you hear something familiar, and yet unfamiliar. The earliest moments of the classic Non-Alignment Pact comprise a piercing, confrontational ringing noise and a riff straight out of the primordial thrashings of rock ‘n’ roll, before Thomas takes things to another realm with a vocal that is deeply hooky and very, very odd—part Van Morrison worship and part performance art.

“I used to say that the bass player is actually the band’s guitarist, the guitarist is the bassist, the synthesiser is the vocal and I’m the horn section,” the singer once told the Guardian.

Pere Ubu were a band out of time. They introduced things—dubby basslines, strangled, trebly guitars, unselfconsciously arty live shows and absurdist proclamations—that would come to define post-punk. But when they started out, punk hadn’t happened yet.

In the mid-1970s, Thomas was living at the Plaza, a “really nice old building in a terrible neighborhood” of Cleveland, Ohio. The city’s rock scene had produced bands, among them 15-60-75 (or the Numbers Band), the Mirrors, the Electric Eels and Thomas’s own Rocket From The Tombs, that were either dead or dying. Also living at or orbiting the Plaza were musicians and could-be musicians who were the right kind of weird, and plans were soon afoot to start something new.

Rocket From The Tombs guitarist Peter Laughner was one of them, and the building’s co-owner Allen Ravenstine was down for some EMS synth experiments. Rocket’s engineer Tim Wright would play bass (for a bit, before being replaced by another Plaza-ite in Tony Maimone) and Scott Krauss was a drummer of local repute. Tom Herman was a steel worker and guitar obsessive whose willingness to use the fundamentals of rock ‘n’ roll in new ways would become one of their trump cards. 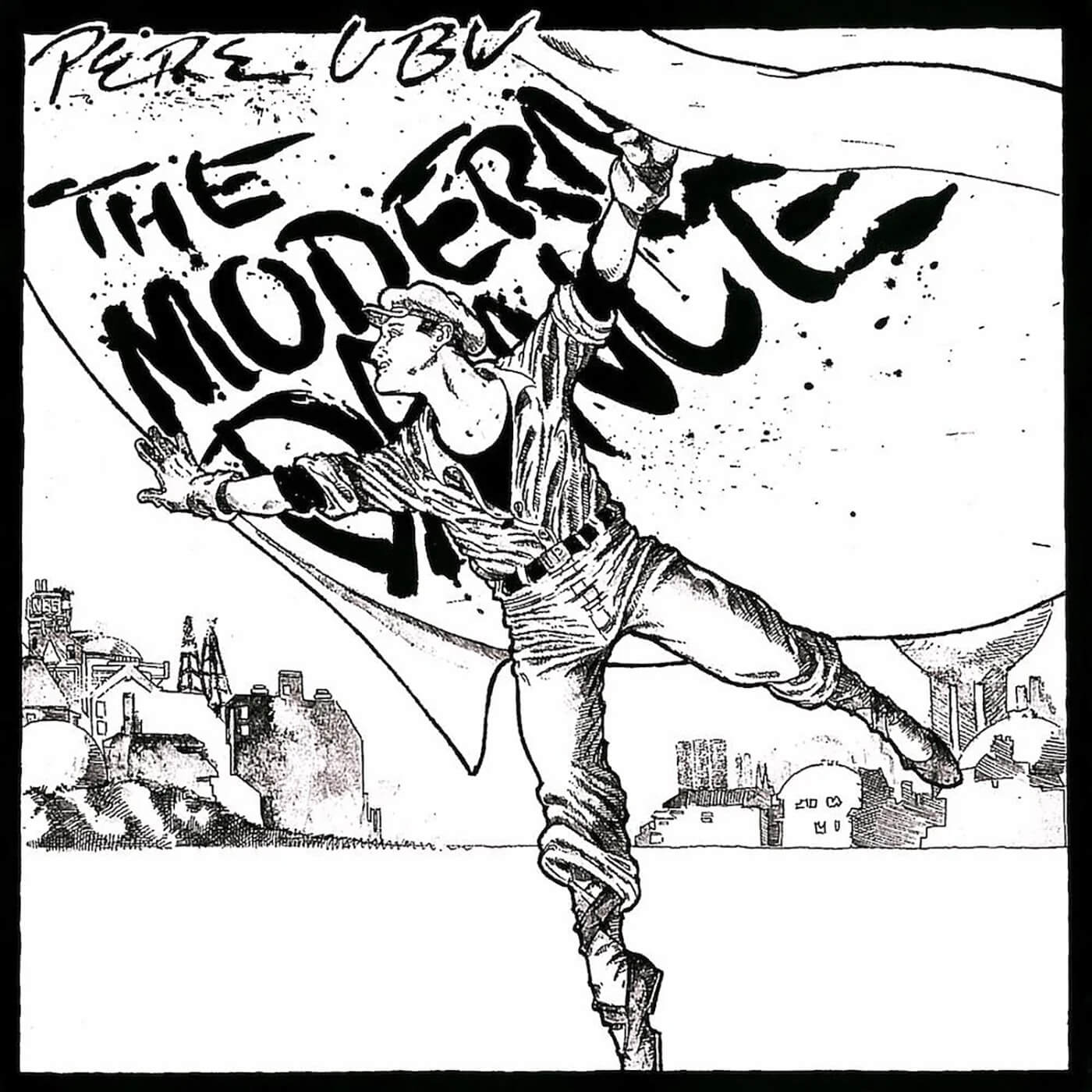 At first, Pere Ubu weren’t a band, they were an outlet. The plan was to make a few things and croak, but their initial singles produced a feeling of momentum alongside the fizzing creative excitement of the music. Laughner left in 1976 and died the following year from pancreatitis, brought on by drug and alcohol abuse. “Just put it this way, it wasn’t at all romantic to be around,” Thomas later told Charlotte Pressler.

Ravenstine, too, was in and out of the group, but by 1977 they were a fairly settled, well-oiled machine, having played weekly in Cleveland and regularly ventured out to perform at legendary New York punk spots Max’s Kansas City and CBGB. Cliff Burnstein, head of A&R at Mercury Records, was hot for the band and would eventually sign them to an imprint called Blank in time to put out The Modern Dance, which was tracked with co-producer Ken Hamann at Cleveland Recording Co. and his own newly-minted studio Suma in rural Painesville.

“The drums were in the same room, a wood-surfaced room in an old house that was built 70, 80 years ago,” he told Tape-Op. “We had the drums sitting in one corner, on a small platform, 20 inches high. It had gobos around it. We were able to isolate it somewhat, to focus the sound.

“The other instruments were generally in the room at the same time. We did have isolation booths nearby, adjacent to the studio, so we could put a vocalist or whatever in there. Most of the recordings were done with the basic tracks first, embellishments second, that is guitar things and so forth, and then the vocals last.”

The Modern Dance continued Pere Ubu’s rapid-fire early approach, pulling together a few existing cuts and tunes written in the studio. It has a grab-bag feel, the band pinwheeling from one spot to another with little concern for the listener’s attention to detail. Thomas is a tangle of surrealist energy at the record’s heart, with his his tirades and oddball melodies crashing into Herman’s wired playing, often at this point on a Strat or Tele Deluxe, which is both an attack on and appreciation of rock fundamentals—the two operating in tandem is like Luis Buñuel taking control of a Gary Cooper western or James Cagney gangster film.

Street Waves exists halfway between Television and the Velvet Underground, and Herman’s soloing is incandescent. His status as the group’s sole guitarist is, at this point, reflected in the mix as Maimone’s bass is his chief sparring partner. There is a similar dynamic on the Laughner-penned Life Stinks, where a pre-Fugazi bassline is answered by a screeching, braying Thomas, Ravenstine’s sax and some truly out-there free-jazz improv from Herman. It’s dizzying.

The closer, Humor Me, was written for Laughner (“Another day? Well, suffer, for that’s the way of the west.”) and runs the gauntlet of Herman’s talents, with its dub riffage replaced by a patient solo and uber-melodic lead lines as Ravenstine ramps up the weirdness. Given Pere Ubu’s almost immediate decision to move on stylistically with the equally wonderful Dub Housing, there is a real feeling in these exchanges of a moment in time being captured. Punk was always very good at misplacing important documents, so it’s always a reassuring thrill to be able to revisit records like this and be transported.