The Genius Of… The Sophtware Slump by Grandaddy

Predicting the emotional and technological upheaval that the looming 21st century looked set to spark, Grandaddy’s second album remains compelling as both a personal and societal document, built with a bewildering combination of sounds.

Throughout this series, we’ve examined a range of remarkable records, and intended to build a solid case as to why each demonstrates a ‘genius’ approach to the guitar. We have featured those albums that emphasise the instrument as a front-and-centre instrument, and showcase the exceptional technical ability of gifted players. But, we’ve also sought to spotlight those albums that use the guitar with more subtlety, with more originality, and those that wield it as a core textural component when crafting multihued musical works. All of which applies to Grandaddy’s bountiful second album, The Sophtware Slump. Released in May 2000, this 21st century-directed record extended the five-piece’s sonic universe by several light-years. Central composer Jason Lytle blended a plethora of electronic and synthetic instruments, shaped unorthodox arrangements and applied a considered sweep of both hefty, crunchy electric guitar tones, and heartbreaking, mellow acoustics.

Founded in Modesto, California in 1992, Grandaddy quickly stood apart from the peppy, uncomplicated skate-park-fodder of their local contemporaries. The band married Lytle’s beautifully troubled vocal with a folksy ethos, bolstered by ample power chords and interspersed with hints of otherworldly synthesis. Their debut album, 1997’s Under The Western Freeway was widely beloved by the few that got aboard the Grandaddy train early. Though the live band was a five-piece unit (consisting of Lytle, Jim Fairchild, Tim Dryden, Aaron Burtch and Kevin Garcia), the writing of Grandaddy’s first album was largely down to Lytle. Though born out of necessity when making their debut, Lytle actively sought perfect isolation to work more efficiently on their follow-up. The questing sonic character of The Sophtware Slump stemmed from this. Lytle’s thematic through-line considered the abiding nature of human detachment, even as the wheel of progress re-moulded both the technological landscape, and society with it.

It’s just nice to have you back again

Retreating to the garage of a remote farmhouse, Lytle’s ambition with the band’s new record was triggered by hearing Radiohead’s fin de siècle masterpiece, OK Computer. “That had completely blown my mind – I was already fixating on how exciting, futuristic, weird and enigmatic the next record could be. [OK Computer] definitely began planting the seeds for The Sophtware Slump” Lytle told podcast Life Of The Record.

Working around the clock, Lytle spent every waking hour concocting the album’s eleven far-reaching tracks, while the other band members would come and go as needed. Though Grandaddy had started out as, ostensibly, a punk band, Lytle sought to intensify the arrangements with a gamut of new gear, including hardware rack units, a plethora of pedals, and a growing collection of synths and drum machines. A core companion, however, was his woodgrain late-70s Fender Jazzmaster. “It’s the most rock-solid guitar. We’ve modified it with stable hardware, but I’ve never really had another guitar.” Lytle told us in 2020. “It sounds flat and woodsy, a different kind of woodsy from that over-accentuated springy thing a Stratocaster does. It’s so much more sculptable with pedals. A lot of what I was going to do with Grandaddy would be leaning on pedals and EQ”.

Aside from its role as a crucial songwriting tool, Lytle’s pedal and effect-carved Jazzmaster would surface as a dominating instrument at various points throughout the record. Output through a 4×10 Mesa/Boogie amplifier with the tube simulating and tone-shaping capabilities of a Tech 21 SansAmp, Lytle’s Jazzmaster was a malleable being. At times, it was a laconic lo-fi sound, chugging through power chords on Chartsengrafs and the tight Hewlett’s Daughter. It could be remoulded into the type of crunchy, snarling brute, heard during the finale of Broken Household Appliance National Forest and it was capable of taking on a serpentine quality – diving forward in the shape of the heaving monolithic riff as The Crystal Lake’s reached a stratospheric outro.

Lytle also uses the guitar as the emotive, human heart of eight-minute opener  He’s Simple, He’s Dumb, He’s the Pilot. With an arrangement consisting of three linked sections, Lytle resolves a creepy elongated keyboard-based intro with a warm acoustic strum, alternating between the stability of a serene C and F major, As Lytle asks the question which resonates across the album’s run time – “How’s it going, 2000 man?”. The stability of this acoustic-led core is upset by an ominous, piano-driven outro. It’s an eight-minute conceptual and aural manifesto, both menacingly ominous and shiningly beautiful. 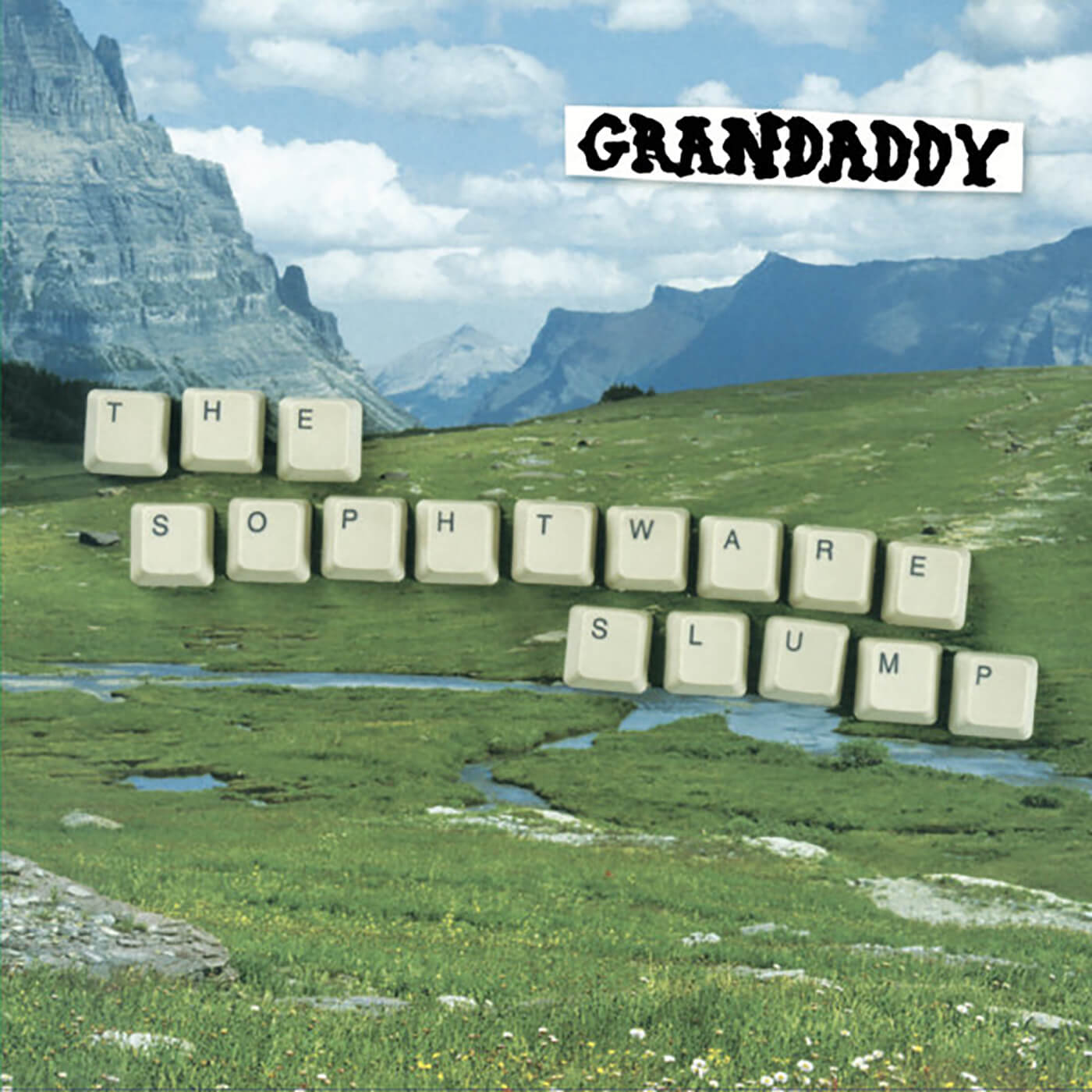 Aim toward the sky

Another key cut on the record, the lead single The Crystal Lake, maintains a propulsive momentum, driven by its spiralling, zig-zagging riff hurdling up and down the E, C and B notes within an Am7 shape. before precariously leering closer to our ears by moving the D string position to the third fret. Meanwhile a rolling chord sequence conjures a dramatic landscape, with the four chords of its intro wavering between C, F, Am and Fm. This affecting combination of major and minor guitar parts is peppered with a bubbling arpeggiated Casio CTK-450 synth, adding an air of techno-delirium to this throbbing arrangement. At its conclusion, a grindingly heavy riff erupts, saturated with a DOD FX55B Supra Distortion. The DOD was Jason’s go-to route for overdrive across the album, he favoured its ability to administer a heavily abused signal but still maintain precise note-clarity.

While some tracks, such as the desolate Jed The Humanoid and the sublime Underneath the Weeping Willow found no space for guitar at all, on others it formed a structural focal point. The fantastic Broken Household Appliance National Forest follows a dreamy chord sequence which hinges on an ever-pedalling A note. For its chorus, the ethereal, hymnal vibe breaks down entirely into a fiery overspill of distortion and satisfyingly loose lo-fi soloing. It’s a jarring but totally transfixing sonic conflict. But, this is Lytle’s intent, as he delivers a lyric that finds a surprising symmetry between nature and technology, he underlines this balance by the warring, yin-yang nature of these contrasting guitar tones.

In the years following The Sophtware Slump’s release, it has been showered with abundant praise, and is often held up as the band’s finest work. Though it’s a record that is rooted in anxiety, social isolation and a near-opiated resignation as the new century heralded a tidal wave of change, The Sophtware Slump still stands a glittering, rewarding listen. It’s a solid lesson in how the weaving of a range of widely different instrumental flavours can coalesce into something very special.