by Gary Walker
The War on Drugs
#Artist#Rock
Reviews

The Genius Of… The War On Drugs – A Deeper Understanding

Adam Granduciel and his band took their widescreen portrayals of big sky America to another level on their fourth album. It’s a towering homage to Petty, Springsteen, Dylan and Young brimming with wanderlust and an expansive guitar sound to die for. Read on for a Deeper Understanding. 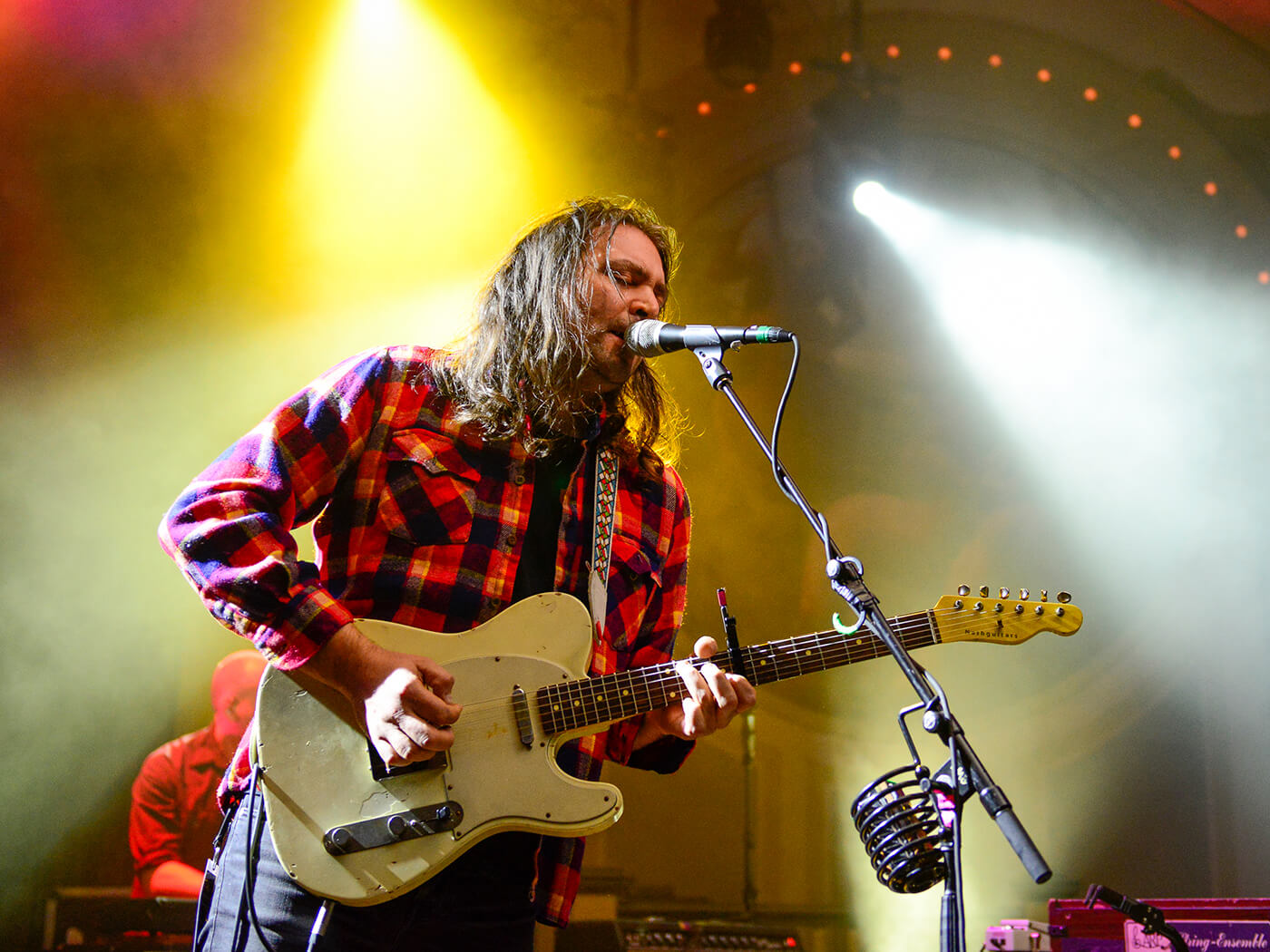 “Guitar is my life, y’know?” That was Adam Granduciel speaking to Guitar Magazine in 2017, following the release of The War On Drugs‘ fourth album. Coming from one of modern rock music’s great restless perfectionists, it’s no empty hyperbole. A Deeper Understanding is Granduciel’s magnum opus, a luminescent epic and stunning example of obsessive studio craft that betters its predecessor Lost In The Dream – a record which itself drove him to the brink of insanity. Granduciel re-recorded the whole of that 2014 album, his attention to microscopic detail almost destroying the entire project as he disappeared so far down the rabbit hole at one point he was reportedly measuring minute speaker vibrations.

A Deeper Understanding, too, involved hundreds of hours of studio time, revealed in its intricate layers of vintage guitars, organs and synths, meandering multi-part solos and dreamy sonics.

While the Philadelphia band is essentially Granduciel’s project, he’s surrounded by an evolving cast of stellar musicians and their major label debut started to emerge while they toured Lost In The Dream. Returning from the tour, the now 41-year-old moved to Los Angeles. The cross-country relocation brought a laser-guided focus to the sessions, the band flying in from the East Coast for a week at a time. Granduciel told Guitar Magazine in 2017: “I knew I only had ‘em for a week and I wanted to squeeze everything into that week – rehearsal, writing, friendship, barbecues… so we did it all at the studio – we barbecued at the studio!”

The songs themselves are exhilarating widescreen American road trip anthems, indebted to Springsteen, Dylan and Petty and the modulated sonics of the 80s, canyon-deep reverb soaking Granduciel’s soaring guitar solos. In the hands of a lesser musician, they could drift into the realms of cloying AOR, but Granduciel’s visionary attention to detail wins out. “I spend six, seven, eight months on the same song,” he explained to Guitar Magazine. “I have all these different melodies going on in the song, and you want to highlight each of them, so it’s trying to sculpt this thing where, if you put everything in, it would just be a wash, so you’re trying to paint this picture, but keep all your favourite elements in.” 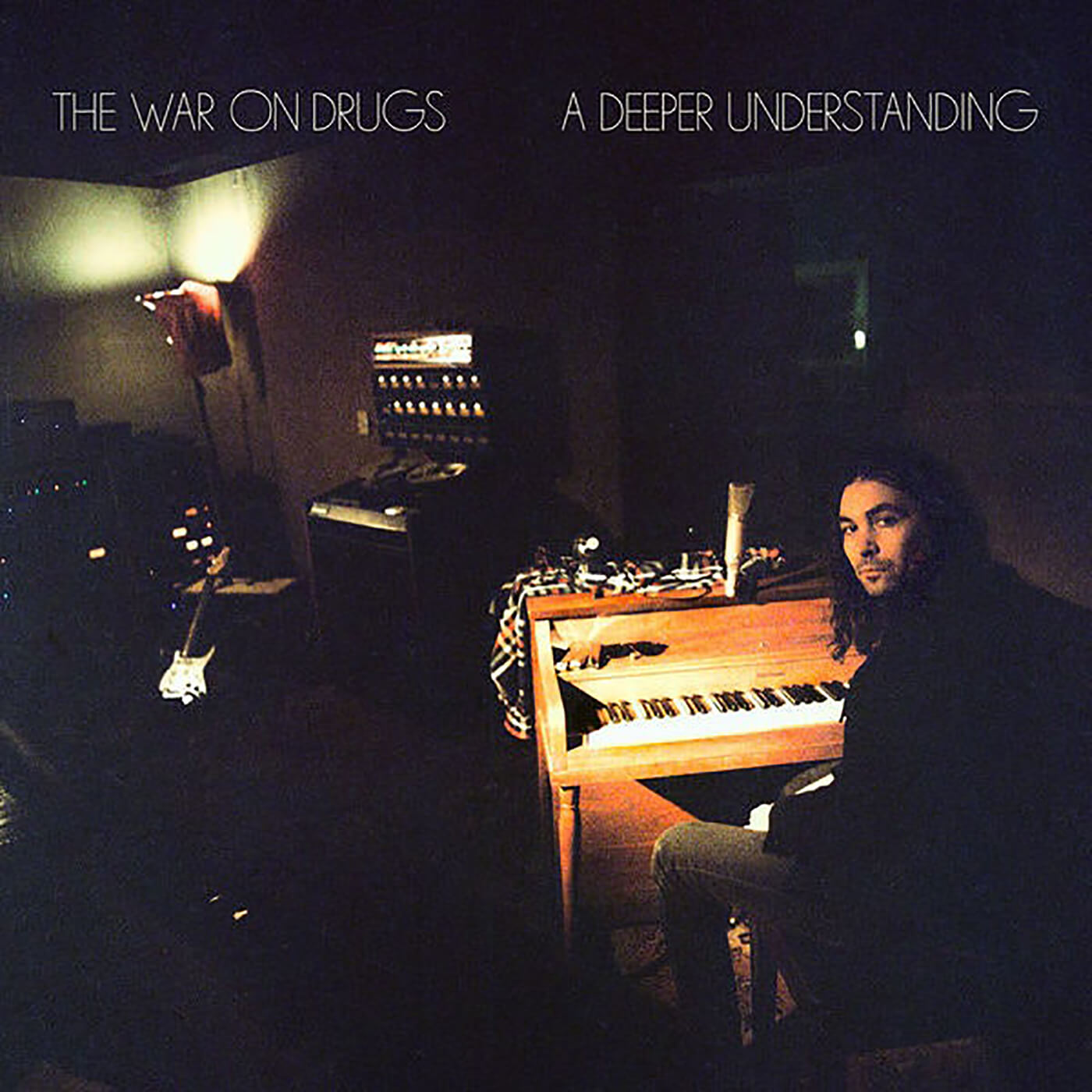 A fear in his eyes

Of the many guitar highlights on A Deeper Understanding, perhaps the most thrilling arrives as early as the second track, Pain. The song is built around a simple C-E-D progression, which Granduciel plays with a capo at the third fret. It unfurls steadily from a lilting arpeggio, the singer recalling wistfully, “I met a man with a broken back/ he had a fear in his eyes that I could understand” before he winds up for an epic two-part pentatonic solo that epitomises the War On Drugs’ celestial appeal. Do yourself a favour and look up one of the online lessons, it’s a joy to play.

Strangest Thing, Granduciel gazing up at a “sky painted in a wash of indigo”, houses equally hair-raising guitar moments, including a huge solo and wailing Bigbsy bends that flirt continuously with toppling over the edge into untamed feedback. Granduciel’s playing never resorts to nebulous, self-fellating noodling, though. The solos on A Deeper Understanding are emotive thunderbolts executed tastefully. Nor is he just an old-fashioned guitar hero.

Granduciel’s Dylan-like lyricism is poetically evocative throughout A Deeper Understanding. On the more sedate Knocked Down, shrouded in great angular shards of guitar noise and waves of tremolo, he sings enigmatically: “Sometimes I can make it rain, diamonds in the night sky/ I’m like a child”. The album’s first single, Nothing To Find, is a freewheeling cousin of Lost In The Dream‘s supreme lead single Red Eyes, its wailing harmonica and chiming Johnny Marr-like arpeggios propelling a glorious, lovelorn anthem.

Thinking Of A Place, meanwhile, stretches from its lilting slide guitar opening to 11 minutes, none of them excessive, images of the Missouri river and moonlit beaches flickering in and out of focus. At its mid-point the song breaks down to Granduciel speak-singing hazily, “Once I had a dream I was falling’ from the sky/ Comin’ down like running water/ Passing by myself alight”. It’s a sumptuous piece of writing.

The vast, layered sound that cloaks A Deeper Understanding‘s dreamy evocations of endless desert skies and vanishing-point roads is powered by a suitably tasteful array of guitars. Alongside Prophet 6 and Arp Odyssey synths, a Baldwin organ and Wurlitzer electric piano, Granduciel uses a ’72 Gibson Les Paul Deluxe, a 1980s Japanese Squier Strat, a stunning Gretsch White Falcon, a ’66 Gibson SG, a ’66 non reverse Firebird and his current live favourite, “the most expressive guitar I’ve ever played”, an American Vintage 65 sunburst Fender Jazzmaster. “In the middle position – that Jazzmaster, with a chorus pedal – it’s like the brightest, most crystalline thing,” Granduciel told us back in 2017.

Trusted effects include an Electro-Harmonix Stereo Memory Man, a Mu-Tron phaser, DigiTech HardWire delay and reverb, a Strymon Flint tremolo and reverb and a Fulltone OCD.

It all amounts to one of the best live guitar sounds you’ll hear anywhere, and A Deeper Understanding is a scintillating distillation, painstakingly constructed by one of the modern era’s most proficient craftsmen. It’s a record Granduciel says is about “watching yourself move between different versions of yourself and trying to either hold onto or figure out which one you’re more comfortable being.”

Uncut editor Michael Bonner described A Deeper Understanding as “some of the richest, most compelling and least lonely-sounding music of Granduciel’s career”. Laura Snapes wrote in The Guardian of “an arcing, shivery slow dance that seems to swirl around a disco ball the size of the moon”, while NME described a “vision of 80s pop-rock warped through the prism of second-wave shoegaze.”

The album topped many critics’ end-of-year lists and landed the coveted Best Rock Album award at the 2017 Grammys. Adam Granduciel’s torturous perfectionism had been rewarded. A Deeper Understanding is a masterpiece.

The War On Drugs, A Deeper Understanding (Atlantic, August 2017)

More information about The War On Drugs here. For more features, click here.