The Genius Of… Walk, Don’t Run by The Ventures

Among the electric guitar’s earliest champions, The Ventures illuminated the instrument’s capabilities with their 1960 debut, and began a journey that would leave its mark on generations of future players. 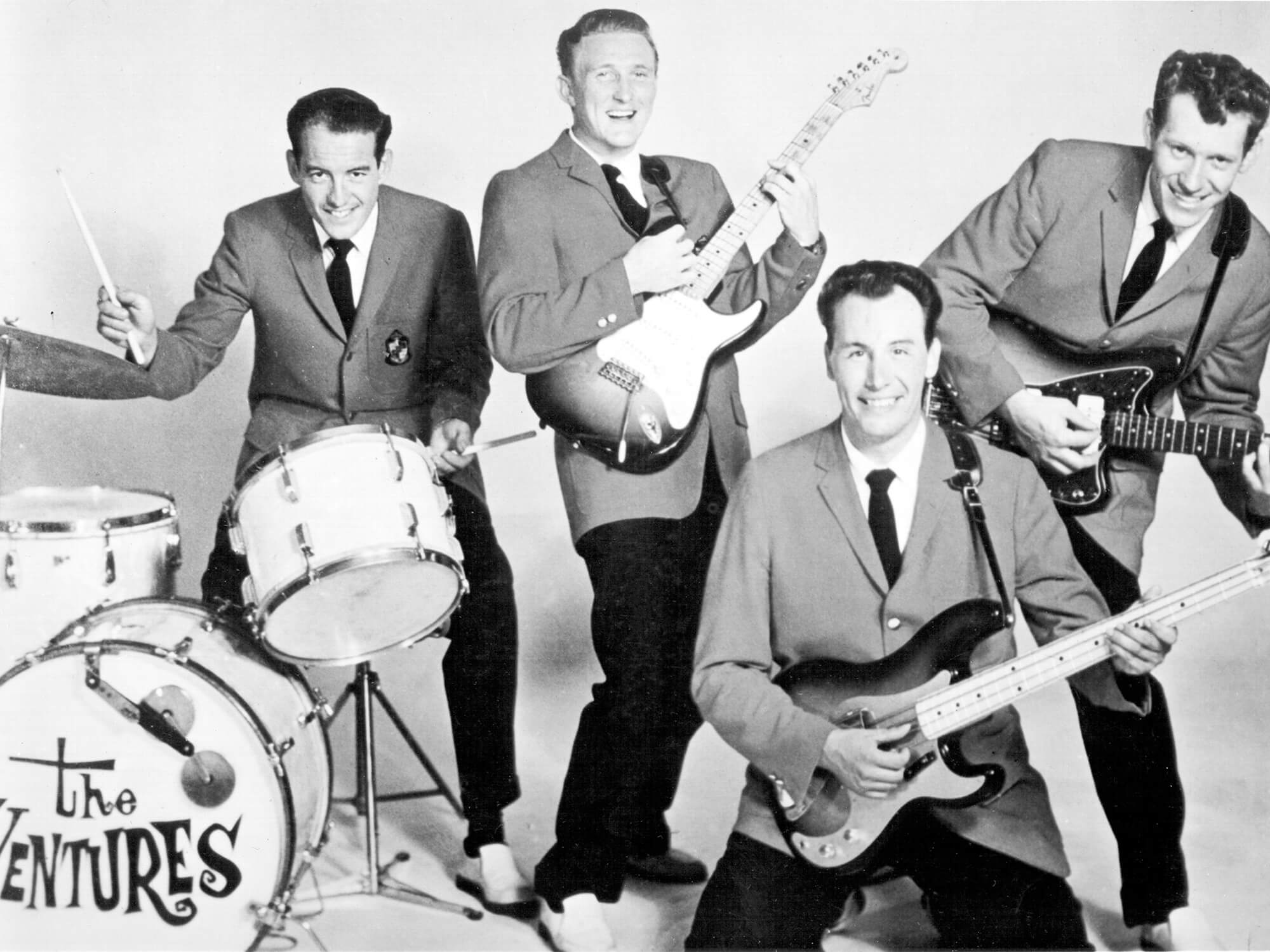 It’s hard to imagine today but there was a time when the electric guitar had yet to earn its mythical status. By 1960, the instrument had long been a core element of blues, jazz and rock ’n’ roll ensembles, but nobody had really tapped into its wider sonic potential. Until, that is, The Ventures came along.

The Ventures foresaw that future. From their still dazzling 1960 debut Walk, Don’t Run and their explorative 1964 effects showcase The Ventures in Space to a range of instructional LPs throughout the decade, the instrumental quartet relished in demonstrating the limitless possibilities of the electric six-string. Harnessing tone and texture, mood-setting effects and intricate techniques, the band from Tacoma, Washington entranced listeners across the world, particularly in Japan. Among their most notable fans were George Harrison, Dave Davis, Joe Walsh, and Jimmy Page.

After hearing Chet Atkins take on Johnny Smith’s 1954 jazz guitar track Walk, Don’t Run in 1957, The Ventures cut their own invigorating version. Released on Dolton Records in 1960, the electrifying single wildly surpassed the young group’s expectations and rocketed to No.2 in the Billboard Top 100. The troupe quickly took on full-time drummer Howie Johnson and set to work capitalising on their success with a full-length album.

The band’s guitarists would eventually be furnished with distinctive Mosrite-designed instruments (dubbed ‘The Ventures Model’) but, on their debut, they stuck to a Fender-heavy template. Bogle used a Jazzmaster, while Wilson was typically armed with a Stratocaster, as shown on the album’s cover. Amplification too came courtesy of the California company, in the form of a Dual Showman for Bob’s Jazzmaster and a Bassman for Edwards’ Precision bass. Wilson also harnessed a Gibson GA-40 amp.

While Wilson remained the act’s committed – and intense – rhythm player, core instrumental roles were swapped between Bogle and Edwards during the recording sessions, with the former playing bass on four tracks, and the latter supplying wiry leads on Raunchy, The Switch, Night Train and No Trespassing.

Walk, Don’t Run featured cuts the band had been performing on the road, as well as brand-new self-penned compositions, spanned multiple genres and showcasing the players’ virtuosity. The helicoptering opening of Morgen launches the album into life, with its shimmering, treble-heavy tone foreshadowing the onrush of surf rock that would explode the following year. Another surf hallmark that The Ventures landed on early was the use of spring reverb. With this atmospheric spatial effect smothered across the lead guitar’s tone, the application of the guitar’s vibrato arm to notes and chords cemented a new style of playing.

Across the album, tunnelling riffs compete with bouncy walking-bass lines and ornate motifs. It’s all the more impressive given that the record was captured using a primitive two-track Ampex tape machine. “When we first recorded Walk, Don’t Run, there was only a two-track machine so we had to put the lead and rhythm guitars on one track and the bass and drums on the other track,” Edwards would tell Ultimate Guitar in 2011. “And if anybody made a mistake, we would have to completely redo it.”

As Wilson recalled in an interview with Mix Online in 2007, the band’s on-hand engineer Joe Boles was a master of getting the best from minimal set-ups. “Joe always used a tape-based delay effect. When you’re using a two-track tape player without a board, there’s a lot less going on in the recording process, but Joe had plenty of tricks up his sleeve. He’d even mic the pick sound when you were playing!” 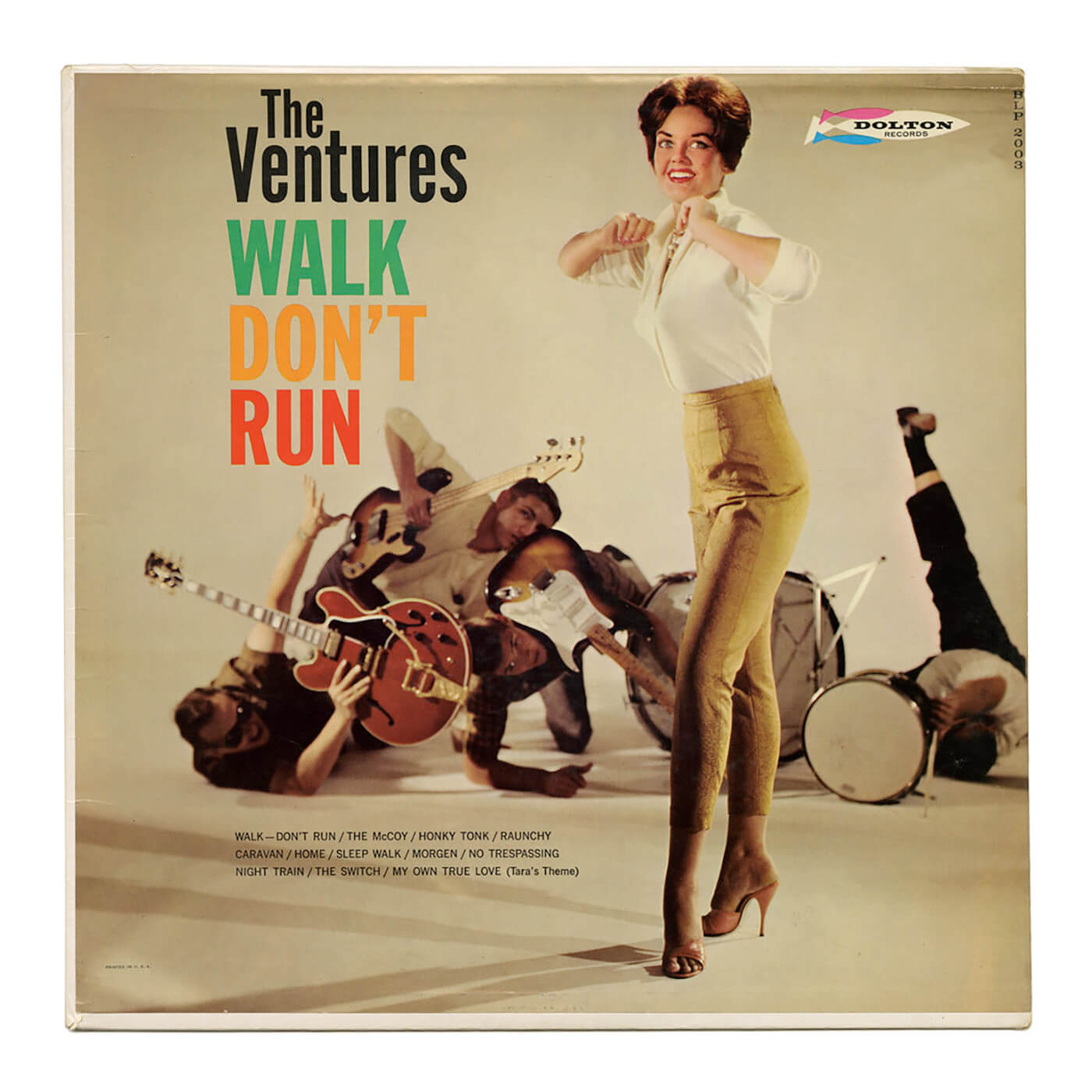 Walk, Don’t Run demonstrates the tapestry of genres and moods The Ventures could muster, from the lithe rock ’n’ roll of Raunchy and the cinematic scope of My Own True Love (Tara’s Theme) to the dreamy Sleepwalk and Home. It was this breadth that wowed many guitar-obsessed youngsters, who had heard nothing like this in 1960, and did much to instil in them the notion that, when armed with a six-string, anything was possible.

Often referred to as “the band that launched a thousand bands”, The Ventures went beyond simple instrumental fortitude. Subsequent albums would be packaged as guitar-centric and ambitious listening experiences, but even on their comparatively naive debut, everything that made the band supreme was here in abundance.

Despite the passing of architects Bob Bogle in 2009 and Don Wilson in 2022, The Ventures continue to this day. With countless studio albums, live recordings, compilations and videos, their enduring spirit of creativity, expression and innovation stands tall in the mythology of our chosen instrument.