The Genius Of… What It Is To Burn by Finch

With their heady blend of introspection, pop-punk and post-hardcore, Finch’s album debut and subsequent legacy upset the punk cognoscente.

Hype is a funny thing. It’s just excitement, really, but there’s a darkness to it – it has been known to eat its young, after all. In 2002, Finch were a hype band. Back then it was easy to see why – and it’s still easy to see why when picking through the bones of their story.

Their debut album What It Is To Burn split an arrow by synthesising emo’s heart-on-sleeve energy, the brash power of pop-punk and the catharsis of post-hardcore into a chart-ready whole. It was a case of kids playing songs that sounded like their favourite bands at a time when that particular mix was crossover dynamite.

Finch formed as Numb in Temecula, California, in 1999, with its members still in high school. Vocalist Nate Barcalow, drummer Alex Pappas, bassist Derek Doherty and guitarist Alex Linares were soon joined by another guitar player in Randy Strohmeyer, working up songs that teamed the melodies of Jimmy Eat World with the gnarly heaviness of Glassjaw and Deftones’ atmospheric scope.

Their rise was rapid and perfectly timed, with slots on the Warped Tour coupled with signing to Drive Thru records, a Los Angeles-based label with a roster of clean-cut emo-adjacent bands that became its own punk subset for a while thanks to sleeper hits from New Found Glory, The Starting Line, Dashboard Confessional and the Movielife. Finch were a stylistic sore thumb in this company but their music might as well have been precision-tooled for Drive Thru converts who wanted a palatable access point to hardcore. They were the ideal gateway drug. 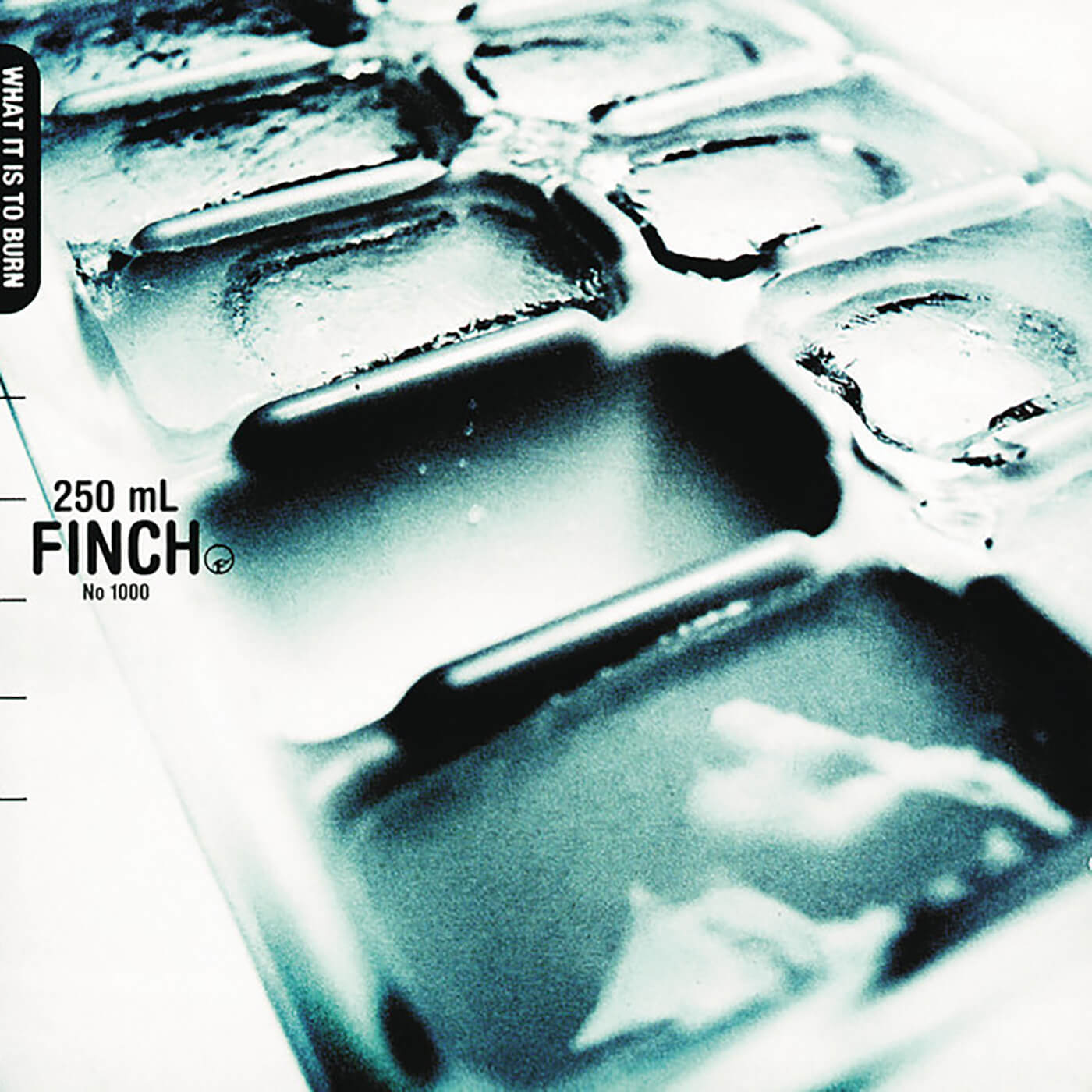 What It Is To Burn was tracked at Big Fish in Encinitas, California, with producer Mark Trombino. As a drummer, Trombino had played on classic noise-rock records with Drive Like Jehu. As a producer, he carved a lane in alternative music that skewed pop or sparkly: in the late ’90s he helped launch Blink-182 with Dude Ranch and oversaw Jimmy Eat World’s unfuckwithable one-two of Clarity and Bleed American.

Perhaps the first thing you notice about What It Is To Burn is the weight behind each of its elements. To play music this sincere, this brazen in its ambitions, requires total commitment, and the way New Beginnings thunders into life is undeniable. Strohmeyer and Linares’ guitars – a mix of Strats and Les Pauls, respectively – drop in from out of nowhere, all octaves and downtuned chug, and almost dare you not to get swept along.

Finch play syrupy moments like Letters To You off against the chaotic stop-start riffage of Project Mayhem – one of two songs on which Glassjaw’s Daryl Palumbo adds gut-churning vocals to the mix – and stick the landing thanks to a consistent palette and the furious emoting behind Barcalow’s performance. The closing title track is a perfect storm: a dynamic quasi-ballad that’s crushing and completely overwrought. It might be the Sistine Chapel of heavy songs with built-in mainstream appeal. It’s also the reason why so many people were wary of Finch.

“A cursory glance down the track-listing of this album might be enough to convince you that Finch are in need of a good slap. Letters To You, Stay With Me, Without You Here – you can almost taste the salty tang of tears spilling out of the speakers,” Paul Travers wrote in Kerrang, and that was from a largely positive review.

In 2002, rock music was still a deeply macho, insecure place. It would not do for folks to write weepy, introspective pop songs under that closely guarded banner. What It Is To Burn is a big, obvious rock record that didn’t hide its sheen, and that sort of thing was always going to spell trouble.

The record charted well, peaking at No.99 on the Billboard 200 and eventually selling hundreds of thousands of copies. But rather than riding the crest of this wave by making a safe second LP, Finch kicked against expectations by making the sort of record that posed more questions than it answered.

Released in 2005, Say Hello to Sunshine backed up the gateway drug by ending their time with Trombino, turning inward and spilling out something altogether more challenging and complex. It was packed with decisions that might alienate those fans whose interest never extended beyond paddling in the safer waters offered by What It Is To Burn. And that was totally fine with Finch.

“Mark Trombino makes really great records but it’s becoming apparent that he almost makes the same record,” Linares told skate zine Caught in the Crossfire in 2009. “I mean, you can tell the programming in a Trombino record, and honestly, it wouldn’t even have been possible to record the record with him in the end.

“He flat out told us in pre-production, when we had like 17 or 18 songs to work with, that ‘I like these four songs and the rest of these songs are absolute crap and you need to start writing.’ And we were like, ‘But we like these songs and we want to record them.’ He didn’t think we should. He was just really difficult from the beginning.”

Finch folded soon after its release, reforming sporadically on their way to touring the 10th anniversary of What It Is To Burn and releasing their third LP, Back to Oblivion, in 2014. Committed to following their own messy path rather than doing what was expected of them, Finch’s legacy is punk in the very same tradition they were once accused of betraying.