The Genius Of… White Pony by Deftones 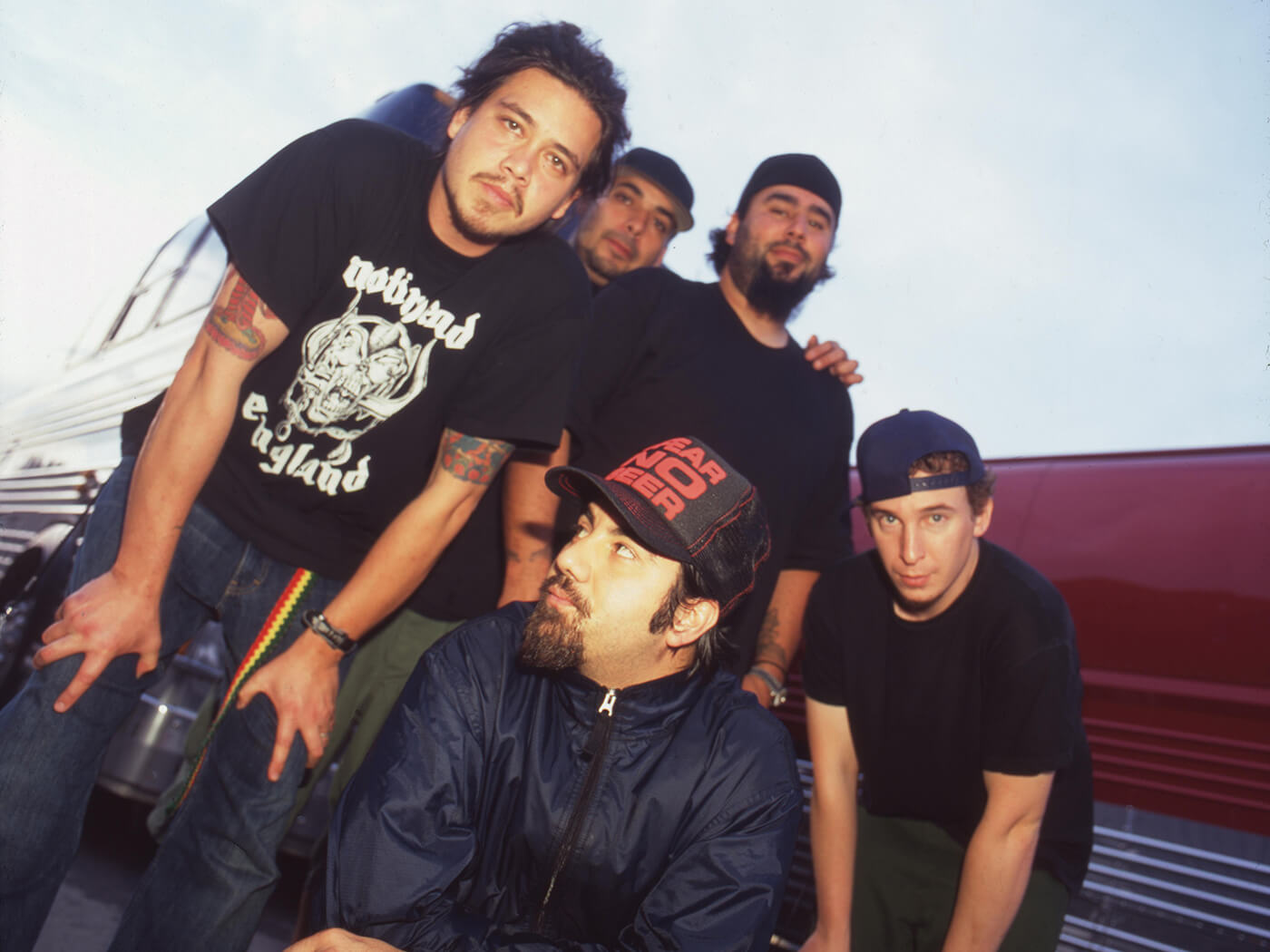 When looking back at the history of popular music, it’s pretty difficult to find a moment as reviled as that odd period when nu-metal dominated the airwaves. Though fusions of hip-hop and rock music had yielded some shining results in the preceding decades (we’re looking at you Faith No More and Rage Against The Machine), that dim age roughly between 1998 and 2003 saw the heyday of acts who’d cherry-picked the gang-chic of hip-hop culture, mangled it with the macho heft of detuned metal guitars, and cobbled together an entirely distinct Frankenstein genre. Big on brash swagger, growling anger and backwards baseball caps. Though there were a few diamonds in this cultural rough, key figureheads of the genre tended to eject any emotional complexity that could undermine its frat-boy bravado.

Though these bands largely were critically slammed, they had an undeniable commercial impact. But, for former devotees of the grunge era’s tangled sensitivity (and, comparably, those more cerebral corners of the UK’s Britpop era) this pugnacious, jean short-wearing direction for mainstream rock music felt like a regressive step.

There was one band however, that turned this perception entirely on its head.  Appearing (on paper, at least) to check off all the boxes that would slot them neatly into any nu-metal DJ’s playlist. California’s Deftones vastly surpassed their peers with songs that wrestled with raw self-destructive alienation, coupled with thoughtful arrangements that wandered off into unexpected and progressive directions. Balanced out by frequent drops into cataclysmic washes of immense, hypnotic guitar. By 2000, it was clear that Deftones were operating with a very different manual.

Appearing at the mid-point of the nu-metal paradigm, Deftones’ third record White Pony was a multifaceted statement which faced the looming new century with a weary uncertainty. It was the product of a band who’d already spent more than a decade cementing both their sound, and an obedient following.

Formed in 1988 from childhood friends Chino Moreno, Abe Cunningham and Stephen (‘Stef’) Carpenter, Deftones’ early music originated from the buzzing alternative scenes of California’s capital city, Sacramento. Though a keen skateboarder and regular attendee of hardcore punk shows, the young Chino wasn’t one to be easily pigeon-holed. He was enthralled by sparkling retro pop records from the likes of Duran Duran and the shadowy murk of The Cure and Depeche Mode’s best material.

“I always liked a lot of different music,” Moreno told Circus Magazine in 2000. “Some people said I’m open minded and some said I have no musical taste at all and listen to almost everything. Personally I think you can’t have too many influences, it’s great to be open minded.”

In cahoots with the band’s growing musical potency, Moreno’s ever-shifting, emotively performed vocals lurched from close-mic’d whispers to a hysterical, gnarled rage. A solid start to the story, Adrenaline was an alternative metal record that hinted at – rather than actively pursued – the expansive musical world waiting just around the corner. 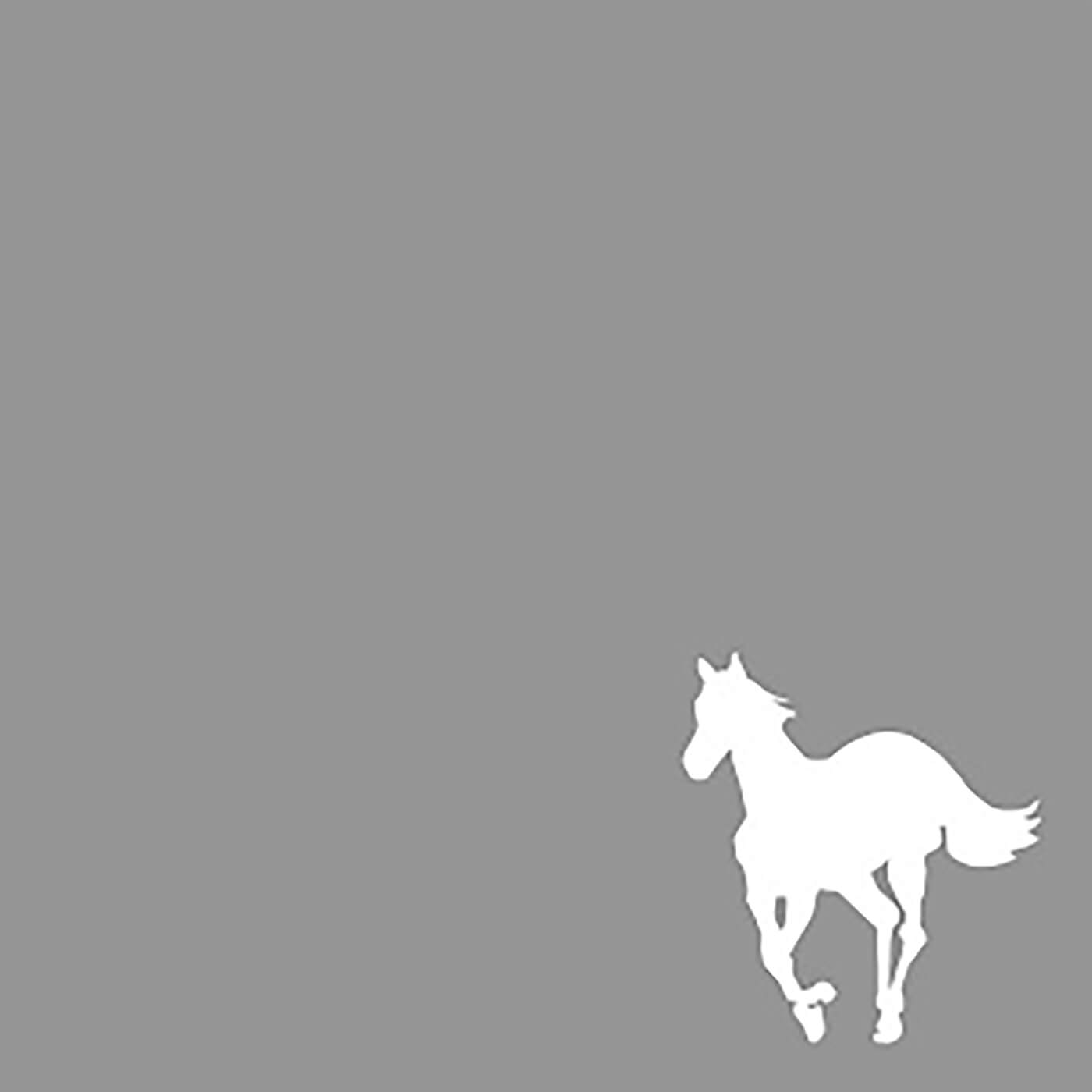 Deftones’ growth was accelerated by its more visceral follow-up, Around The Fur in 1997, which was heralded by thorny-riffed, club favourite My Own Summer (Shove It). By this point the band were growing tired of merely racking up the bangers for thrill-seeking metal-heads. Chino, Stef and co resolved to spend more time than ever before making their third record, and expand into a world of broader musical texture.

The initial four-month writing process for album #3 took place during a break from touring. Deftones’ now-established producer Terry Date, was lined-up to sculpt the results. “They had the experience, they had the money, but they also [now] had the tensions of family, extra-curricular business stuff was kicking in more, you know,” Date remembered in an interview with Everything Recording. “There was all kinds of pressures being put on them, so everyone was more stressed out. And I think that stress, as long as it was focused toward making the record [was] the secret sauce.”

Guitarist Stef Carpenter had long been central to the band’s sound. A brutal purveyor of Drop-C-tuned, tidal waves of noise, spinous riffs and the ability to attack his instrument like a jackhammer, Carpenter had been at the fore all of the band’s work to date. During White Pony, Carpenter – in tandem with Cheng and Cunningham – reconsidered the guitar approach to allow for wide dynamic shifts, with the loud elements of the arrangements more equally balanced by softer, moodier sections.

New tracks such as the scintillating Digital Bath and Rx Queen switched their emphasis to underline the more atmospheric moments rather than the loud sections. Digital Bath’s back-and-forth, subdued chord swings haunt its verses, with occasional squalls and harmonic howls threatening at the edges of the mix, before holding down the head of the listener in a gnarly bucket of noise during its chorus. These quiet/loud dynamics were emphasised by some neat processing, with Boss pedals being favoured by Carpenter during the recording process, in particular the FZ-2 Fuzz which dirtied up those big chorus onslaughts.

Carpenter proved that he was still no slouch when it came to providing ear-shaking arrangements. Tracks like the vicious Elite and the doom metal heft of Korea sought to remind listeners that the lead guitarist – now exploring the drone-potential of his seven-string, custom-made ESP SC-607 Baritone – still had bite.

Through the bulk of White Pony, the tone of Carpenter’s ESP was captured using EMG 81 pickups, and funnelled through his reliable rig of Marshall JMP 1 and ADA-MP1 programmable preamps, outputted through a robust Marshall 9200 valve power amp. Stef was also entranced with the digital processing potential of a Line 6 POD which became a reliable mainstay of his rack for decades to come.

It was becoming apparent to all that this record’s divergent sound was going to be a swerve away from the tightly wound metal of their first two records. The variety of tracks like Knife Prty and monumental gothic masterpiece Change (In The House of Flies) brought some internal tensions, particularly when Moreno began providing guitar parts himself.

Though ESP offered Moreno a custom Viper guitar, Moreno soon decided to go his own way, and opt for a Gibson SG Standard to build up some of White Pony’s most absorbing guitar rushes.

Another crucial element in the developing sound of White Pony was the full-time addition of turntablist and synth player Frank Delgado. Though it may have appeared that the recruitment of a full-time DJ implied a more nu-metal-aligned direction, Delgado’s conscription was spurred more out of a desire to weave similar grooves and aural flavours to those found on the downcast vibes of trip-hop acts like Massive Attack and DJ Shadow.

This experimental attitude fed into some of the record’s most crucial moments, such as the skittering, ruffled beats found on the regretful Teenager. These beats underpin some crackly acoustic guitar arpeggio-loops. All of which were coated with a warm tape hiss that evoked an unsettled nostalgia. Another demonstration of Deftones expanded genre-pool came later, with the kaleidoscopic, Maynard James Keenan-guesting Passenger, an ominous construct that rippled with devilish, cloudy electronics.

As the album’s capacious character took shape, certain clear lyrical themes also started to emerge. A major one was the erosive impact of drug use – something that increased tenfold as the band’s fame had grown. Across the record’s run-time, Moreno admitted the flaws in his personality, balancing his explosive outbursts with more hushed vulnerability.

Key examples include his lament for the destructive effects of addiction in all its forms on the record’s dense defining cut (and soon to be, to everyone’s surprise, the band’s biggest selling single) Change (In The House of Flies), the powerless hostage persona which he adopts on the shadowy scuzz of Feiticeira and his jittery attempts to evade an obsessive hanger-on in Street Carp. These weren’t the lyrics of a boastful, ego-centric frontman. Instead, White Pony demonstrated that Deftones’s central figure had the uneasy and uncertain weight of maturity on his shoulders.

We are the leaders

Released on June 20th 2000, White Pony’s unconventional listening journey was a surprise to their label, Maverick. Though the album landed at a very respectably #3 on the Billboard chart, the execs were cautious of its genre-ambivalent flavours, and were fearful that this pop-hook spurning LP would alienate both hardcore fans and casual listeners. Predicting an eventual chart-plummet, the label pressured the band to hastily re-issue the record with a brand new single, tailor-made to fit into the current rap/rock paradigm.

White Pony’s slow-building – but ultimately epic – closer Pink Maggit contained a memorable central section which, with a little last-minute re-jigging, became the main hook of an all-new opener for the record. Back to School (Mini Maggit) fulfilled the label’s pulse-taking criteria perfectly. The verse’s spewed-out rap lead listeners into the grand ‘push back the square’ chorus sequence, propelled by a Drop C-tuned, bar-chord tsunami from Carpenter.

Later, Moreno regretted bowing to the label’s demands, lamenting that “Back to School was a mistake. A calculated song that had been built up with only one aim in mind: It should be a single. It was released because I was an idiot.” (as quoted on deftones.com). Despite these mixed feelings from the band, the track’s breathless rap spun a story of high-school alienation and self-acceptance, which coupled with that sublime, seamlessly stitched-in, chorus,  led it to become a rock-club (and a skate-park) classic. Back To School served as a perfect gateway drug, inducting many a young nu-metaller into the wider Deftones-universe.

Back To School wasn’t representative of the rest of the record, which had already enraptured the ears of many critics. “White Pony marks a decided high point in an overall tired format and a positive step forward for this promising band,” opined a nu-metal-fatigued Rolling Stone, while MTV summed up the album’s seductive appeal. “The band fashions a heavy, claustrophobic atmosphere in which Moreno spins his dark, personal tales of misery and heartbreak against a backdrop of music that careens from the ugly to the beautiful.”

As the years have passed, a growing number of commentators have reflected on the ensuing influence of White Pony. “This album changed everything – not just for Deftones, but metal as a whole. Electronics were now woven throughout songs that convulsed with amplified aggression but also stepped back to reflect on the bruising, guilty but enthralled,” judged Clash, 16 years on from the album’s release.

Though the imprecise black-hole of the nu-metal genre had often mis-cited Deftones as a key player in its development, White Pony‘s beguiling musical collisions and raw emotional heart won Deftones respect across the genre spectrum. The band would also bag a Best Metal Performance Grammy (for the savage attack of Elite), which added a further nod of legitimacy.

“We didn’t really pay much attention to [nu-metal]. I remember when these subgenre names didn’t exist. It was just metal,” Stef Carpenter reflectively told Metal Hammer. “So I don’t think [with White Pony] we made a decision to step away from it – we’ve never paid attention to what anyone else was doing. We just did what we thought was right, and tried to make a killer album.”