The Genius Of… Wiretap Scars by Sparta

While The Mars Volta might have been the higher-charting of At The Drive In’s follow-up bands, Sparta stuck closer to their roots for their brilliant, pummelling debut.

The first decade of RA Dickey’s professional baseball career was fine. It wasn’t all that good, but he did find a way to pitch innings in the majors with the Mariners, the Rangers, the Twins, and eventually the Mets. He bounced his way through invites to spring training and stints in Triple-A, working on an odd, unfashionable type of pitch called a knuckleball.

But in 2012, aged 37, RA Dickey stopped being fine. Quickly, as the season rolled on, he became dominant. In early June, he was the first pitcher in the majors to reach 10 wins, a run that included a Mets record ​​32 2/3 scoreless innings. He finished the season as an All Star, with 20 wins, 230 strikeouts and the National League Cy Young Award, given annually to the best pitchers in Major League Baseball, under his belt.

That year, if you had to play RA Dickey at something, gun to your head, you would have been wise to choose a sport other than baseball. But some people don’t think like that. Sparta’s first album, Wiretap Scars, suggests that Jim Ward and a couple of his friends, when faced with this proposition, would pick up a bat and see what happened.

In 2000, At The Drive-In had a truly dominant year of their own, and it came from patchy beginnings just like those of Dickey’s pre-Mets existence. The El Paso band had been inconsistent, sometimes exciting, purveyors of wiry post-hardcore for a while when their third album Relationship Of Command blew apart expectations and set a fresh bar for their contemporaries to clear.

Driven on by the incandescent chemistry of vocalist Cedric Bixler-Zavala and guitarist Omar Rodríguez-López, they flamed out only months after its release. Two bands rose from the ashes: The Mars Volta, led by that headline-grabbing pairing, and Sparta, led by co-founder and guitarist Ward, bassist ​​Paul Hinojos – who switched to six-string duties – and drummer Tony Hajjar.

After melding weirdo psychedelia with jazz fusion and prog on their first LP De-Loused in the Comatorium, The Mars Volta would likely have opted to play Dickey at chess, or Dungeons & Dragons. But Sparta planted their flag in the same post-hardcore territory as At The Drive-In, staring down their own legacy, inviting comparisons, and suggesting that there was another side to the story. “What would the oddsmaker say?” Ward yells on Wiretap Scars’ second song, Air. What, take on Relationship Of Command at its own game? They’d say you’re crazy, pal. But then they’d have to pay out. 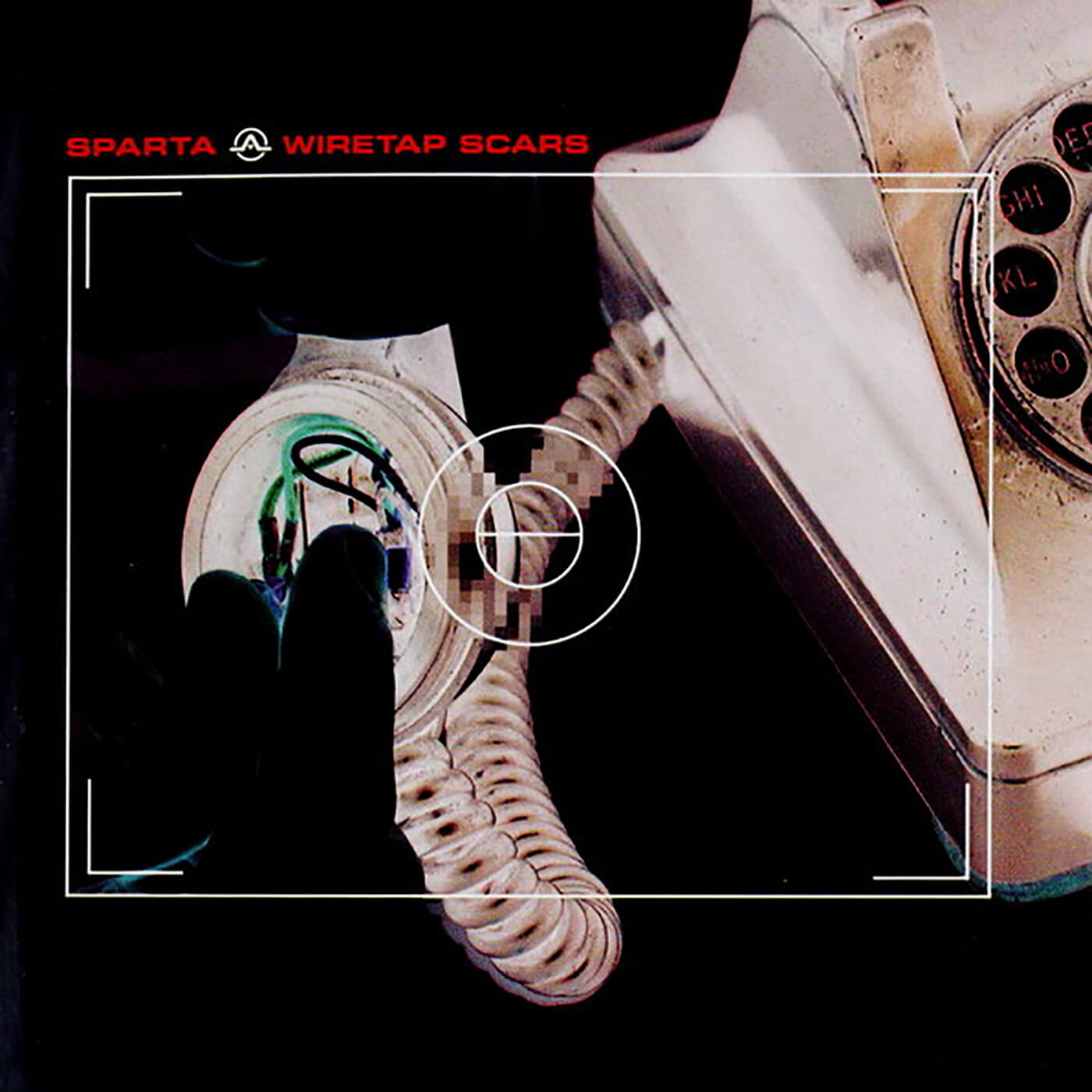 If Relationship of Command said anything about post-hardcore, it was that its constituent parts would bend into all sorts of fascinating shapes before they broke. Sparta’s approach suggested a more granular interest in the original blueprints. Ward is often viewed as the architect of At The Drive-In’s more forthright, aggressive moves, and on Wiretap Scars he underlined that rep. Opening with Cut Your Ribbon, a careening monster of a song, Sparta revel in crushing stop-start dynamics and roiling guitars, with Ward and Hinojos’ agitated barks carrying a huge, rough-and-ready melody.

In those early days following At The Drive-In’s break up, Sparta moved quickly, and some of that energy is retained by the music. Their first songs emerged in a flurry after a short spell of inactivity. “I had locked myself in my house and not really done anything,” Ward told the Kindamuzik blog at the time. “I just sort of shut myself out from everybody else. So when I was around people and playing music – it’s emotional, and it comes out in a swell of fury… it was one of the greatest weeks in my life; one of the most creative, spending 10 hours a day writing songs. It’s a blessing to be able to do that.”

Some of those songs found their way to DreamWorks who, in a move that very much spoke of the moment this sort of music was having, made Sparta an offer. “It was a really good deal, so we took it,” Ward said succinctly, with the band’s debut EP Austere emerging shortly afterwards. Several of its compositions would be carried over to Wiretap Scars, including Mye, a simmering standout that catches light with undulating, serrated guitars and a chorus that cuts back against the grain.

Versus the Austere take, its low-end hits harder, getting some added juice from the late producer Jerry Finn, who was at this stage right in the middle of redefining how to fuse punk grit with sleek, bang-for-your-buck sonics. Either side of making this LP, which was recorded at Armoury Studios in Vancouver and a brace of California locales in Encino’s House of Blues Studios and Cherokee in Hollywood, Finn conquered the mainstream with Blink-182’s Enema of The State, opened the door for bands such as Sum 41 and Fenix*TX to have their time in the sun, and circled back to redefine modern emo with AFI’s Sing The Sorrow and Blink’s self-titled left turn.

It’s remarkable that, so close to At The Drive-In’s dissolution, Sparta could sound truly sure of themselves, and Finn likely had plenty to do with that. Each punch they throw is timed to connect sweetly, and their sideways moves into electronics – particularly on the affecting almost-ballad Collapse – are executed in a manner that is consistent with the world they have built for us to explore. Ward and Hinojos’ work, meanwhile, offers a high-wire blend of heavyweight crunch and piercing clarity.

“On Relationship…, it’s all that Park 100-watt, but then it got stolen, slash, fell out of a truck. I don’t even remember what I used,” Ward recently told Brooklyn Vegan. “Finn had so many great amps. I do remember that I used his Les Paul Junior for probably 90 per cent of the record. I just love P90s. P90s and half stacks were my jam then. Back then it was always just a 4×12, 100-watt something, and a P90.”

While the act of playing new music constituted a notable victory for both Sparta and The Mars Volta, they could never escape At The Drive-In’s shadow entirely. Perhaps inevitably, the latter new project eclipsed the former in terms of critical acclaim and cold, hard cash – despite the outlandish complexity of their music, The Mars Volta slotted all six of their albums into the top 40 of the Billboard 200. Sparta almost existed off to one side, making a couple more good records before entering a hiatus in 2008. Hinojos had already left in 2005 to play with The Mars Volta, while Ward made solo records and LPs with Sleepercar before, in 2020, firing up Sparta again with the excellent Trust The River.

The kicker there, of course, is that in 2016 At The Drive-In had reformed for a second time, following a live run four years earlier, without him, calling up Sparta’s Keeley Davis in his place and making an underwhelming new record before folding again two years later. The headlines about his exit were the last thing some people heard about Jim Ward, but they’re not the interesting part of the story. This band, and Wiretap Scars in particular, are proof that doing something quietly doesn’t mean you’re doing something that doesn’t matter.