The Genius Of… Without You I’m Nothing by Placebo

While Placebo’s debut revelled in hedonism, its sequel was all emotional aftermath, and demonstrated more assured songwriting. Producer Steve Osborne tells us more.

Amid the rock radio fare of the late 1990s, many bands were largely indistinguishable. As metal clubs and alt nights moshed to bellyaching nu-metal, machismo riff-merchants and quiet-loud indie rock templates, a new oddity began intruding on these tried-and-tested playlists.

Heralded by a knife-scrape of fuzz-soaked harmonics, an irresistible count-in erupts into an earsplitting discharge of jackhammer guitar. Placebo’s 1997 breakthrough single, Nancy Boy, was a headrush. Led by vulnerable-sounding vocalist Brian Molko, it waded into the  deep end of depravity, revelling in a gender-nonspecific depiction of sordid, after-hours adventure. Placebo had arrived.

On the back of Nancy Boy, Placebo’s self-titled debut album – which had met a cold shoulder upon its release in 1996 –  rocketed back up the charts. Suddenly the band founded only three years prior were a Top of the Pops-worthy entity.

“We were a very young band and only just establishing our sound,” Molko told the Express & Star newspaper. “Then when we released the [debut] record it did better than ever intended. It threw us from nothing into the world of rock ’n’ roll and that was overwhelming.”

Balancing tracks such as Bruise Pristine, which mirrored the intensity of Nancy Boy, with the introspection of Hang on to Your IQ and the acoustic whirlwind of I Know, that debut  album certainly indicated an intriguing future for the trio. But it wasn’t until 1998’s pained follow-up that the full extent of Placebo’s musical breadth was revealed.

With its more robust sonics and more complex emotions serving  a series of perspectives on relationship breakdown, Without You I’m Nothing would verify Molko and musical partner Stefan Olsdal’s songwriting prowess – and their faculty for crafting bewitching arrangements.

Dissatisfied with the ‘thin’ sound of their debut and the frustration of building each track one instrument at a time, the band largely recorded Without You I’m Nothing live. After meeting Happy Mondays and New Order producer Steve Osborne – a big fan of the band’s debut – following a show in Manchester, Placebo agreed to work with him to craft this more direct-sounding album at Peter Gabriel’s Real World Studios.

“They already had pretty much everything ready to go when it came to making the album,”  Osborne tells us. “There was stuff like Brick Shithouse, which needed a little more production in terms of the sound, but overall our approach was to make an old-school band-playing-in-a-room record.”

“We had these three guitar amps with different sounds on,” says Osborne. “The point was, there were no guitar overdubs. So when it came to mixing the guitar, we’d just switch between amps. The idea was to still be able to pick from different sounds and varying textures across the production without going back. It all came from that initial idea – to categorically not do overdubs. So we just switched between channels when we needed to. Pretty much everything on that record is all the band playing in the room together at the same time.”

While Molko relied on a Fender Jaguar (one of three, though this one was dubbed ‘Goddess’) throughout the sessions, Olsdal employed a six-string Fender Bass VI to wrench out a more nuanced low-end. This critical facet of Placebo’s sound is discernible on key tracks such as the pulsing You Don’t Care About Us and the album’s emotive finale Burger Queen, both of which feature Fender VI bass-chord sequences. 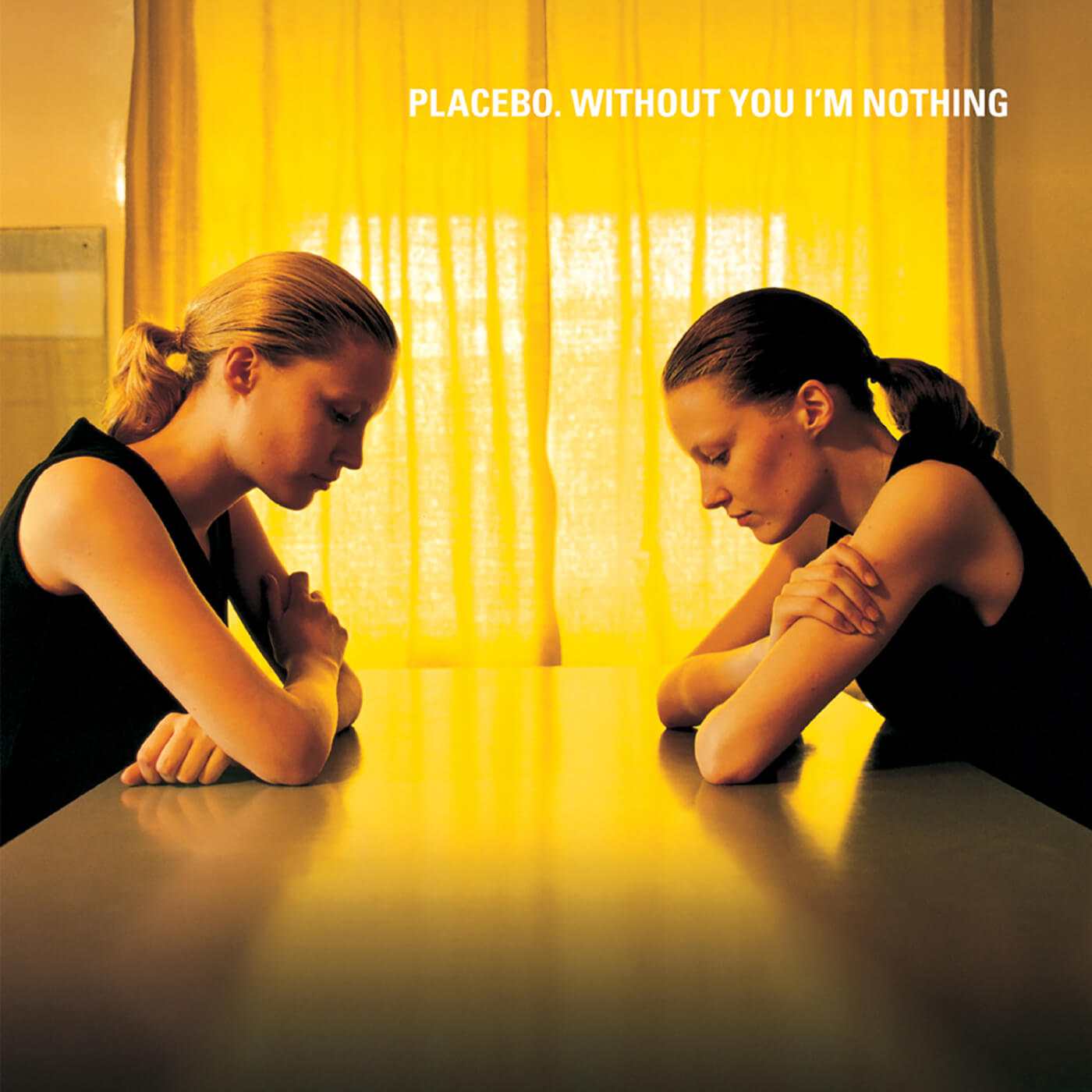 The songs that the band brought to the sessions were noticeably stronger than those written for the first record. These spanned the distortion-drenched locomotive Brick Shithouse and the supercharged thump of Scared of Girls to the shimmering Ask For Answers and the gothic, brooding arpeggiation of My Sweet Prince. While the songwriting was more wide-ranging, the hooks were plentiful. Listen to the yearning Fender Bass VI riff of You Don’t Care About Us and the mesmerising D♯ chime of opener Pure Morning and expect them to be comfortably lodged in your head for years to come.

The title track, built around an imperious chord sequence, emphasised the open strings of Molko’s preferred tuning, F, A♯, D♯, G♯, C, C. The resonance of this tuning better suited Molko’s vocal range and would become one of the band’s unmistakable sonic signatures.

Molko’s unconventional approach to guitar playing was stronger on the second album too. Aside from cunning chordal craft, Molko furiously strummed behind the tailpiece and used distorted harmonics in lieu of conventional melodic leads, as evidenced on Allergic (to Thoughts of Mother Earth).

These idiosyncratic approaches fed into Molko’s magnetism. “What you do is develop your own style through mistakes,” the guitarist told Alternative Press in 1999. “If you don’t know what the rules are, then there are no rules in the first place. You’ll find you’re doing some crazy chord which, if you were taking a course, you wouldn’t attempt until three years into it.”

Osborne was hugely impressed by the 26 year-old’s abilities. “Brian totally had his own style, his own way of playing,” he tells Guitar.com. “I mean, I think that’s the thing about Placebo. They’ve got this very unique sound. Stefan too, he would be playing bass chords on the Fender VI. That made it difficult to mix the low end sometimes but, together, their whole ethos and sound was attractive.”

The album’s 12 songs sketched out a multi-hued postmortem of a relationship, digging into suffering via the depressive plod of The Crawl and the thorny swing of Summer’s Gone. But at the album’s core was an optimistic, radiant little gem that motored along with a headstrong chordal thrust and seemed destined for rock radio airplay. The buoyant Every You Every Me was an obvious single and a perfect counterpoint to the anguish that surrounded it. It remains Osborne’s favourite from the record. “I’m a sucker for a good single.”

Try to break the mould

Released in October 1998, Without You I’m Nothing was immediately recognised as a deeper work than the band’s debut. It drew a wider assortment of listeners into Placebo’s fold too, resonating with those in the alt crowd looking for blistering rock driven by relatable themes like regret and heartbreak.

“Without You I’m Nothing, I mean, that’s a good album.” says Osborne. “It’s something that I’d put up there with one of my favourites. The sound of it comes down to the way they wanted to do it, which was real. It sounds real because it was done real. There’s no tidying up or anything. It was just captured as it was played in the studio. It’s the opposite of the way records are being made now.”

Placebo, Without You I’m Nothing (Hut/Virgin Records, 1998)

Allergic (to Thoughts of Mother Earth)