The Genius Of… Witness by Modern Life Is War

Informed by an industrial landscape and a last-chance attitude, Modern Life is War turned out a hardcore record that’s heavy in every sense of the word.

Black jeans. Black shirt. Black shoes. It’s not a uniform but it’s not not a uniform. You know it, the other hardcore kids you know know it. When Jeffrey Eaton roars those words on D.E.A.D.R.A.M.O.N.E.S., the electrifying heartbeat of Modern Life is War’s 2005 monsterwork Witness, it goes beyond that again. It feels like a cause you’d pour everything into. That was the power of this band at that moment.

Witness is complicated. Everything about it is tense, strained and angry. It’s also alive in the way only the best punk records are, because it sounds completely honest. When it sounds like a mess, you can sense that it’s because things in the band were sometimes a mess. When it kicks into high gear, barrelling ahead on nothing but sweat and a lack of prospects, everything but the excitement of being in a band with people you’ve known half your life is scoured from the surface.

“Stuff was just coming out of me,” Eaton told Scene Point Blank in 2007. “I wasn’t sleeping or eating, really I felt like it was a disjointed mess and I was just trying to get through the process of the album that was going to ruin our band.”

Pulling out of here to win

Modern Life is War formed 20 years ago in Marshalltown, Iowa. It was kind of their last chance. Eaton had eyes for the city and something new when his friends asked him if he’d sing for their new band. “I just felt like my hometown had nothing to offer me,” he told the Define the Meaning zine. “The scene there pretty much died down since my friends and I who were putting on the shows moved off and started to grow up a little bit. So I said, ‘I’ll do it but I want to be in a hardcore band.’”

He made a history-spanning tape for his punk-leaning prospective bandmates – Youth Crew meets DC straight edge meets LA nihilism – and they formulated a checklist of ambitions: to tour, put out a 7” and release an album on vinyl. Their early work was rough, raw and frantic, more obviously in the tradition of the bands Eaton had earmarked as influences, but on songs such as Destination: Death or Better Days, from that first 7”, the elements that would make them stand out are present and correct: Eaton’s impassioned bark, and the competing melodies springing from the guitars of Matt Hoffman and John Eich.

Released by Martyr in 2003, the band’s debut LP My Love. My Way. continued in this vein. It was decent – perfect for a group of people whose primary concern was booking more shows and seeing what happened. It didn’t, though, entirely set the table for a change of pace and approach quite like the one that would follow. 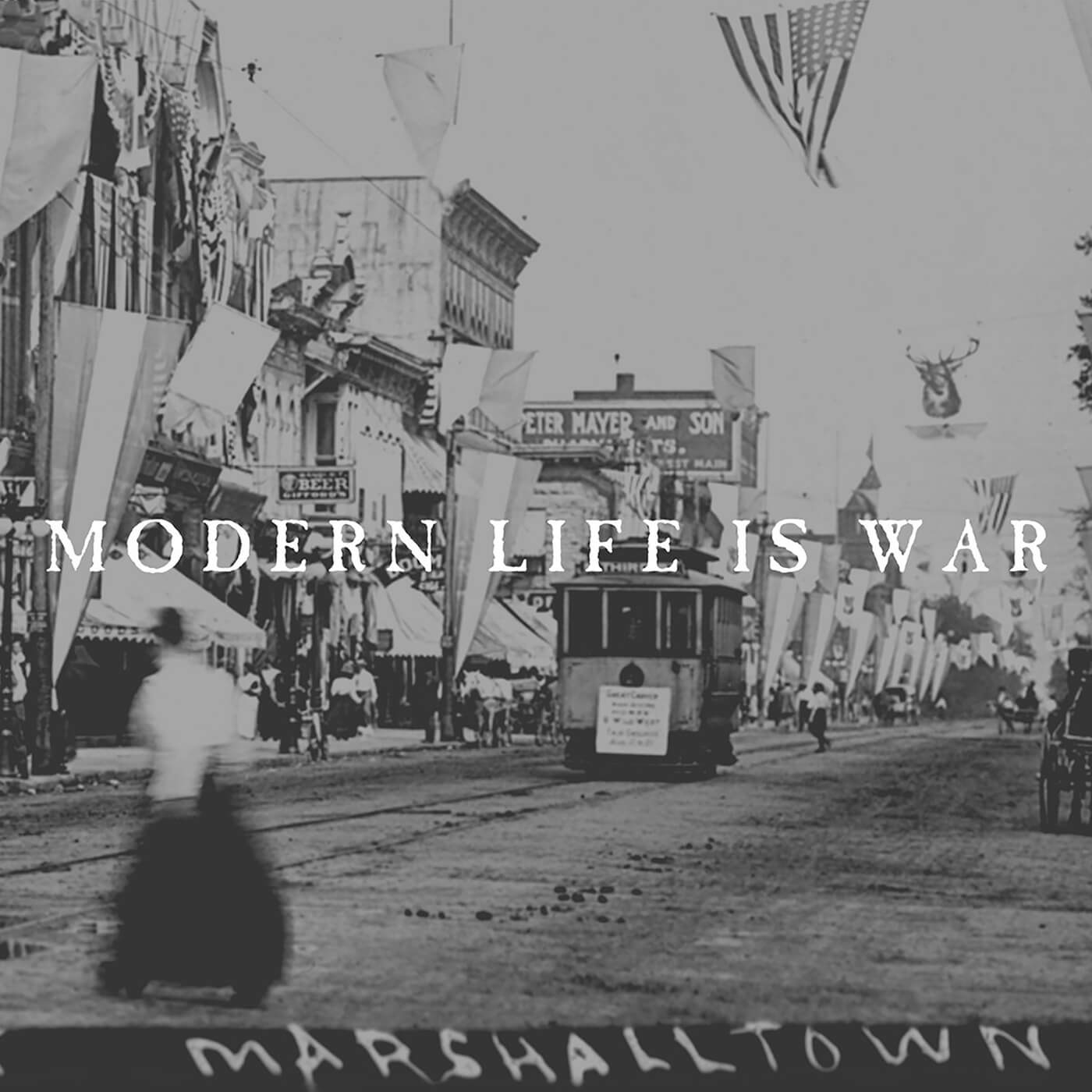 Witness is a heavy record. Not in the traditional sense, although it is that too. It’s heavy. It’s bleak, nuanced, historically and politically literate, emotionally bruising. It’s also deliberate and measured. It’s 27 minutes long, which is totally normal for a hardcore record, but unusually it only has nine songs. Rancid’s Let’s Go, the LP that got Eaton into punk, gets through 23 in 44 minutes.

“I was finishing school and then I moved to Minneapolis, I was coming home every other weekend,” Eaton recalled to Scene Point Blank. “The band was working every weekend, and they would say ‘Okay we have this’. Songs like Marshalltown and Hair Raising Accounts of Restless Ghosts, and even to an extent Young Man Blues, I just said, ‘Don’t misunderstand me, I think you’re making really cool music, but I can’t sing to a five and half [sic] minute song that’s slow and dramatic. My voice is horrible, I don’t have a big metal scream nor can I hit notes. I’m out of my element, I’m sorry but I’ll try.’”

Those songs, though, form the backbone of the record. They are tightly wound, agitated pieces, where Hoffman and Eich’s guitars wrap around one another to create dense, oppressive walls of distortion. Eaton, out of his element, dredges up all that fear and anxiety into larynx-obliterating performances, situating his own existence in semi-rural America next to generations who toiled in the same environment. “As foolish as these words may seem, as foolish as I may be, see, I’m just a factory worker’s son from a railroad town,” Eaton sings on ​​Hair Raising Accounts of Restless Ghosts. “And yeah, I can feel the steel mills rust.” Feel them rust, not see them rust.

The guitars on Witness were captured with Kurt Ballou at the Converge guitarist’s God City studio in Salem, Massachusetts, in an instance of one of the most influential modern hardcore producers working on one of the most influential modern hardcore records. “​​We liked the God City recordings because there was a really raw, in-your-face sound about it, but we also noticed that the bass and drums weren’t standing out as much,” Eaton told Punknews.

“We called Kurt and said we weren’t hearing that thumping backbone of the rhythm section, and he told us that in a small studio it’s really hard to get that big room sound.
So he started listing off studios that he knew to do the drums and the bass, and we would come to him to finish off the rest. So we ended up going to Volume, which is like a big, giant cement room in Chicago. We set up mics all over the room to record the drum and bass tracks, so that gave the rhythm section that thumping in-your-face sound.”

In response to those rhythm tracks, Hoffman and Eich’s contributions are molasses-thick and unforgiving. They create a roiling, unrelenting barrage of riffs and noise that they then carve apart with thrilling hooks. The opener, The Outsiders, is a fine starting point, moving from punishing chords into a breakdown at the halfway point punctuated by soaring bends and snarling octaves that crack the whole thing open. They lay it all out there, and Eaton responds with a definitive statement: “This is it, kid, this is your last chance, and this is the only way to glory, and this is our last dance.”

The end is a beginning

Post-Witness, Modern Life is War parted ways with Hoffman and bassist Chris Honeck before regrouping with new members Tim Churchman and Harm ‘Sjarm 13’ Haverman to make 2007’s Midnight in America, a record that was less insular and more riff-driven. It was heavy but not heavy heavy. A year later, they were gone. They played their final show in Marshalltown in the spring of 2008 and that was it, until it wasn’t.

In 2012 the original line-up went back to the beginning and wrote a record in Eich’s basement. Fever Hunting was a winner that ushered in a sort of part-time version of the band, where they might play a few shows here and there or release a few 7”s when they have songs to hand.

It reflects the passing of time – those gut-churning moments of escape and triumph have faded like old tattoos, black to blue. Now Modern Life is War are out there among bands they helped inspire, and it turns out it didn’t all hinge on that last chance. It’s a good thing they felt like it did, though. Witness is one hell of a Hail Mary pass.