The Genius Of… Wrecking Ball by Emmylou Harris

The country queen faced a crossroads in 1995, and took a left turn to deliver a stunning album that not only reinvigorated her career but has since inspired two generations of rising Americana artists. 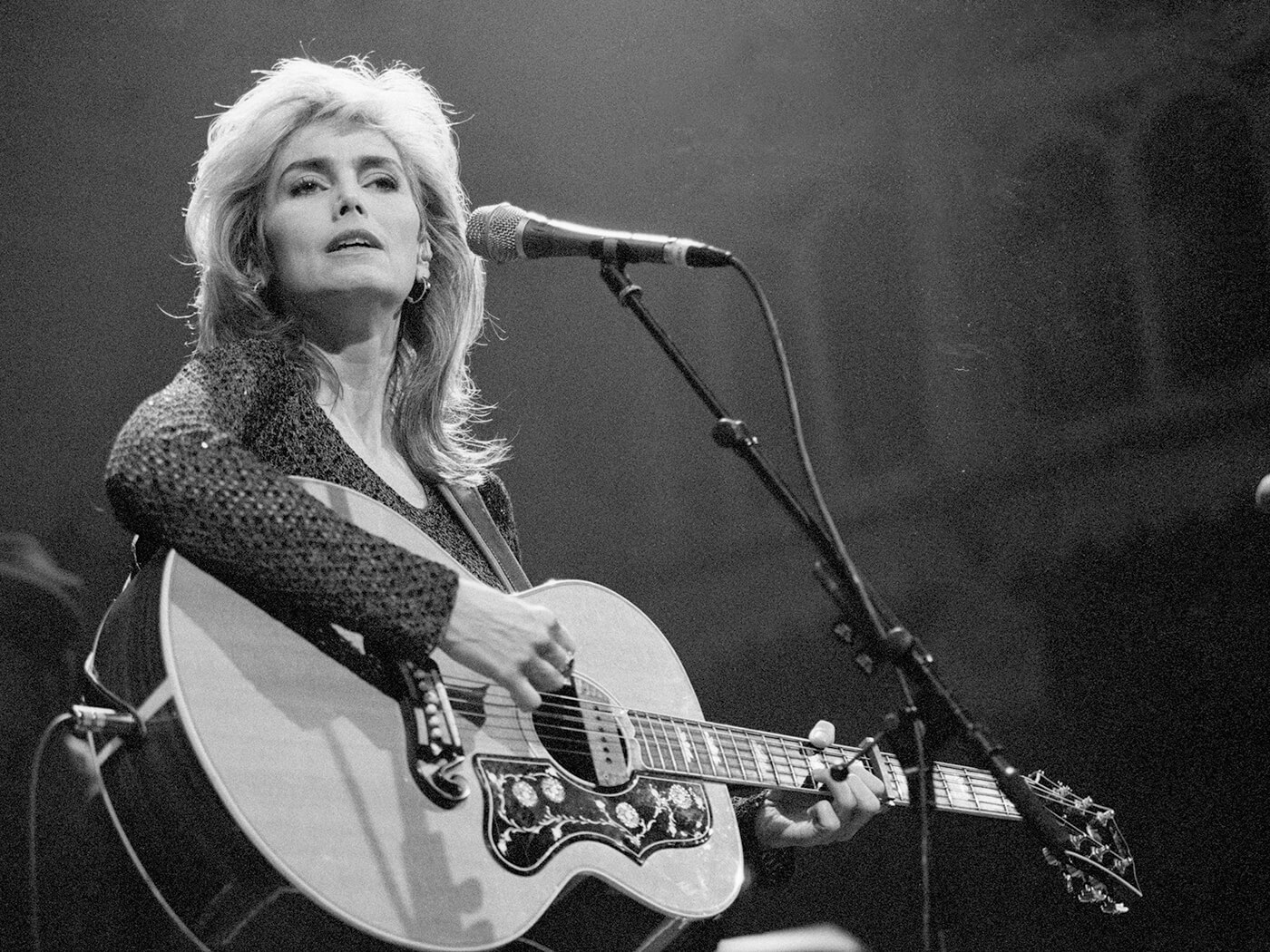 Emmylou Harris’ ethereal voice, history with Gram Parsons, and the marrying in her music of traditional Nashville stylings and a Laurel Canyon folky edge, had long ensured her spot as a darling of the alternative country crowd. But as she headed towards 50, and as her voice aged gracefully to become slightly more of the earth than that heavenly 1970s timbre, she faced up to a problem as old as the hills: do you settle for more of the same, keeping Nashville happy while trading on those significant past glories, or do you strike out again to discover new ground? In teaming up with French Canadian guitarist and producer Daniel Lanois for Wrecking Ball, Harris went exploring. And what she found, along with fellow traveller Johnny Cash, who had released American Recordings the previous year, changed what was possible in country music forever.

Like a hero in a JG Ballard novel Harris faced up to a future that could never be like her past and, while others hesitated and looked back, embraced the newly configured world around her… heading for The Drought’s steamy equatorial swamps, rather than hiding from her new reality in the once-frozen North.

Though an accomplished songwriter (the defence rests its case with Boulder To Birmingham), Harris has made a career out of finding new angles in other people’s music, and so it was with Wrecking Ball. The title track was Neil Young’s, and featured Shakey himself on harmony vocals, while elsewhere Harris did extraordinary things with the music of Bob Dylan, Lucinda Williams, Steve Earle, Gillian Welch and even Jimi Hendrix, whose May This Be Love is completely reinvented in its arrangement here.

Harris’s collaborator on Wrecking Ball, Lanois, accompanied the singer’s trademark acoustic work with a good deal of the delay-and-reverb-drenched electric guitar for which his production and solo work is renowned – along with some more traditional mandolin (albeit electric) – and in doing so gave the music a far wider scope and sonic ambition than anything Harris had released before. At the same time, Harris’s voice works as a counterpoint, bringing an honesty and earthliness to proceedings that few other voices could achieve, and which links seamlessly to her past output.

“The few people who don’t get it are people who think that I should be doing what I did before,” Harris said of the album. “But that’s confusing to me because I don’t think I’ve ever stuck to just one formula. Although I will admit that, as much as I’ve zigged and zagged over the years, this this was a pretty big zag.”

Lanois also contributes two songs to the album, including opener Where Will I Be?; a song that lets anyone turning up for another Cowgirl’s Prayer – Wrecking Ball’s 1993 mainstream predecessor and a catalyst for Emmylou’s change of direction – know that they just walked through the wrong door. Lanois’ guitar provides the sweeping acoustics for which his production is known, each note holding the listener’s ear while his bass rumbles in the background and the drums beat out an almost militaristic rhythm. Harris finds room to shine, of course, but her vocal has a fragility appropriate to the questioning nature of the lyrics.

Young’s title track mentioned earlier is one of the album’s standout moments, as Lanois employs reverse-delay to his spacious, ghostly guitar work and Larry Mullen Jr’s laid-back drumming to take us to another, desperate world, a world where Harris’s aching vocal sits perfectly as Young provides the harmonies. 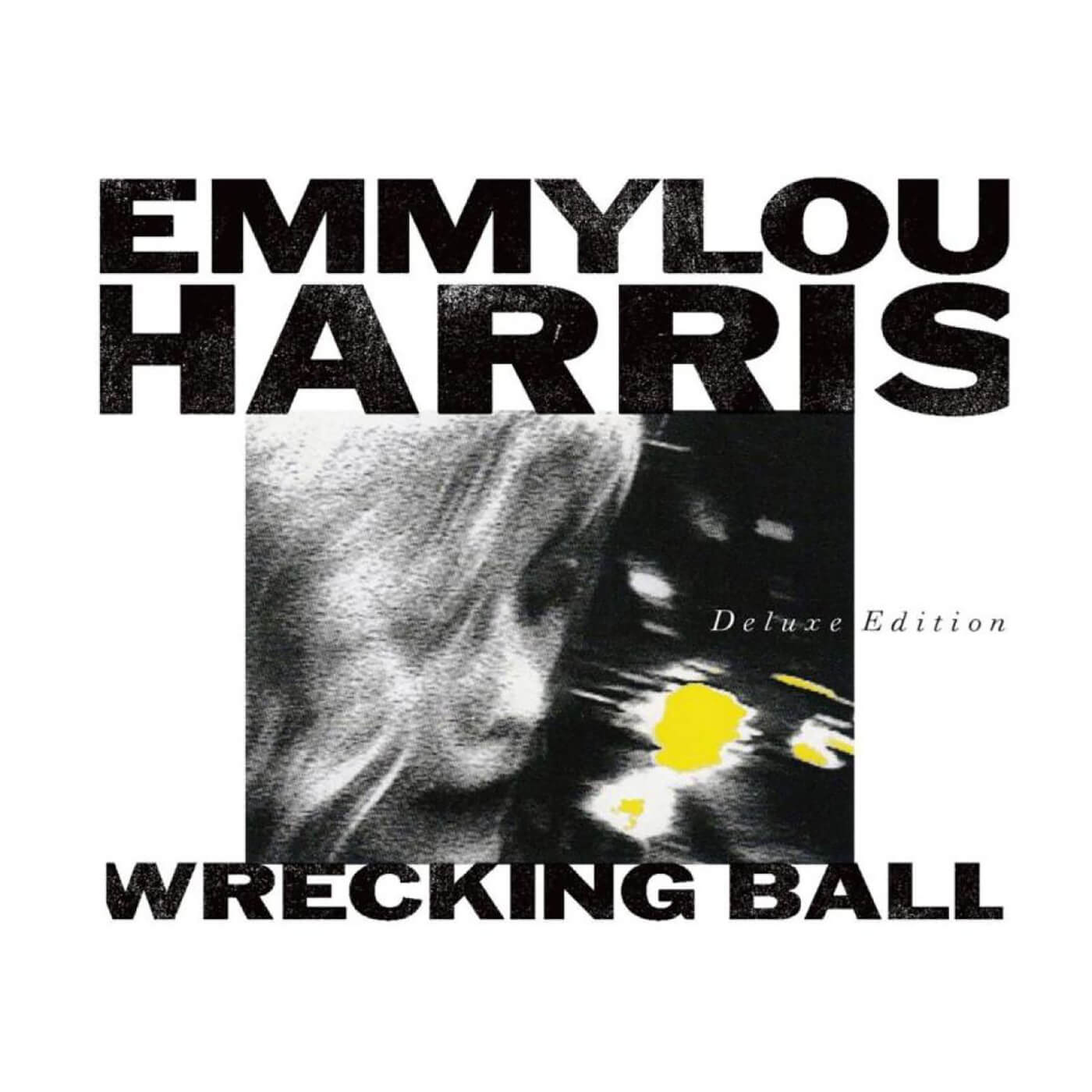 Along with the work he is most famous for, with Brian Eno and U2, Lanois’ production credits also include Bob Dylan’s Oh Mercy, another album that gave an established artist renewed vigour. But it is Dylan’s Shot Of Love album that provides Harris and Lanois with the raw materials for their magic in Every Grain Of Sand. Apparently written after Dylan had converted to Christianity, hearing the feeling and beauty with which Harris delivers the lines ‘In the fury of the moment I can see the Master’s hand / In every leaf that trembles, in every grain of sand’ would surely cause even Richard Dawkins to pause for thought. Here Lanois utilises reverse-delay perfectly again on Mullen Jr’s drums, while adding just background delayed electric and letting the acoustic guitars take the foreground. It is a centre-piece of the album and a track that most obviously links Harris to her past in the context of the future sketched out here.

“We were really devoted to a certain kind of sound, and I always thought that it had enough Appalachia in it for it to belong to Emmy,” Lanois told Paste Magazine in 2005. “We had a little bluegrass in it, in the sense that we were using mandolin—but electric mandolin, with a mando-guitar, actually. A combination of that with the beautiful upright piano that we rented. I pulled up the dulcimer for a few songs. Those are all old-fashioned instruments, as electrified as I might have made them for the record. I think the spine of those instruments belongs in tradition.”

A beautiful rendering of Lucinda Williams’ Sweet Old World, with Neil Young again providing harmonies to perhaps Harris’s most traditional vocal performance on the record, while Malcolm Burn provides a heartbreaking slide guitar accompaniment, leads us to the album’s most astonishing moment.

What Harris and Lanois do with Hendrix’s May This Be Love has to be heard to be believed. The original’s key of A♭major is transposed to D major on Wrecking Ball, and Lanois’ Les Paul rumbles threateningly throughout as Harris and he play fast and loose with the vocal melody in their duet. The distorted, reverb-soaked solo on this track is one of the few places where Lanois allows his guitar playing to take centre stage, paying homage to his hero Hendrix without even a hint of pastiche. Elsewhere his exquisite playing always serves the song and allows space for Harris to deliver her vocals. Not only is this exactly what you would expect of such an understated character, but it is also extremely wise. Any musician who chooses to go into competition with the voice of Emmylou Harris, even one as talented as Lanois, is going to end up on the wrong end of a pasting.

Orphan Girl, a relatively straight rendering of a Gillian Welch track, features Lanois on mandolin and dulcimer, while Mullen Jr contributes hand drum to an arrangement that certainly has its roots in bluegrass, however removed some of the produced sounds are from the world of back porch acoustic playing.

“I think great art has always had contradiction in it,” Lanois once told UCLA’s Echoes Journal. “The peacefulness of that Hopper painting, Nighthawks: the tranquility of that image and the reassurance of opulence and there’s so much confidence and so much wealth in this culture, and yet the people at the bar are lonely. And so, the loneliness sort of intercepts the seemingly stable parts of the painting. The last supper will have betrayal hidden in there somewhere, and so on. So I think that if you can get that in music, it’s a cool thing.”

The album concludes with another Lanois composition in Blackhawk, and Waltz Across Texas Tonight, a song cowritten by Harris with Rodney Crowell – an artist she would go on to record two albums with. Both have traditional hearts and allow the listener to conclude their journey back on familiar territory, even if that delayed electric guitar is still ringing out across both tracks.

When Harris and Lanois teamed up again to tour the Wrecking Ball album on its 20th anniversary in 2015, Lanois recreated the sonic majesty of the record with a 1953 Les Paul Goldtop, fitted with P90s, through a late 1950s Fender Deluxe (with original speaker) and a mid-1960s Vox AC30 (also with original speakers), using a vintage Korg SD3000 for his effects. His exquisite tone filled the room.

The album won a Grammy for Best Contemporary Folk Recording in 1996 and inspired a generation of female folk and Americana artists as Harris played as a headliner at several dates on Sarah McLachlan’s huge female-focused Lilith Fair tours in 1997 and 1998. For a more contemporary sign of its lasting influence, check out Taylor Swift’s two 2020 albums with The National’s Aaron Dessner, Folklore and Evermore.

May This Be Love