The Genius Of… You In Reverse by Built To Spill

With great songs and guitar interplay to rival the likes of Marquee Moon, Built To Spill’s collaborative 2006 return to form, You In Reverse, is a hook-laden gift that keeps on giving for guitarists.

You In Reverse, the sixth studio album from Idaho’s Built To Spill, is something of an an outlier even in their own twisting and turning catalogue. By the time of its release in 2006, the band’s singer, guitarist and songwriter Doug Martsch was already firmly established as an indie-rock guitar anti-hero of a different stripe, despite being signed to Warner Bros Records. Citing records by REM, The Smiths, Dinosaur Jr, Sonic Youth and others as major infuences, his idiosyncratic but articulate style spanned the guitar hinterland somewhere between 70s Neil Young, the noise explorations of Sonic Youth and the lacerating freeform solos of J Mascis, filtering punk attitude, pop melody, post-rock soundscaping and a classic-rock foundation into an off-kilter, experimental blend.

Sixth albums should, by rights, be retreads of familiar signifiers, but You In Reverse saw the band’s sound revitalised. Martsch had taken a break after its predecessor, 2001’s Ancient Melodies Of The Future: “I was just kind of burned out on the way Built To Spill was, indie-rock, and the kind of music that we made,” he told Pitchfork. “I just wasn’t interested in listening to my band. So I did just stop making music and did other things instead.”

When Martsch reconvened Built To Spill with a new producer (Steven Wray Lobdell), he expanded the line-up, adding guitarists Jim Roth (their touring guitarist) and Brett Netson (on-off secret-weapon guitar collaborator) to the core of bassist Brett Nelson and drummer Scott Plouf. Its press release at the time pronounced the shapeshifter they came up with as “the most collaborative record in the band’s 13-year history: to a large extent, each musician wrote his own parts; half of the finished material incorporates segments the band wrote together during jam sessions.”

You In Reverse sounds like a jam record in the very best way possible: the ideas come thick and fast, and the band happily leans back into them to develop them, sometimes seemingly before your ears – but barely a note is wasted in the process. For a record of expansive, mostly five-minute-plus songs, it’s surprisingly focused and free from meandering self-indulgence, the result of collaboration between musicians who are panning for the gold rather than competing for the spotlight. Martsch credits recording as a unit, before the editing and refining process took place, as a factor: “We isolated everything and put everything in one room and played all the songs and were able to sound more like a band than were have ever been, and we wanted to capture that.”

Steve Lobdell, owner of Portland’s Audible Alchemy Studios, was ‘co producer’ on the album, although Martsch said of the record: “It’s not even really produced. It’s cleanly recorded and mixed. It’s not slick,” instead acknowledging that Lobdell almost acted as an extra band member, playing “Space Echo, guitar, vibes and percussion on the record. He understood the songs and their parameters, making specific and well-considered contributions.” 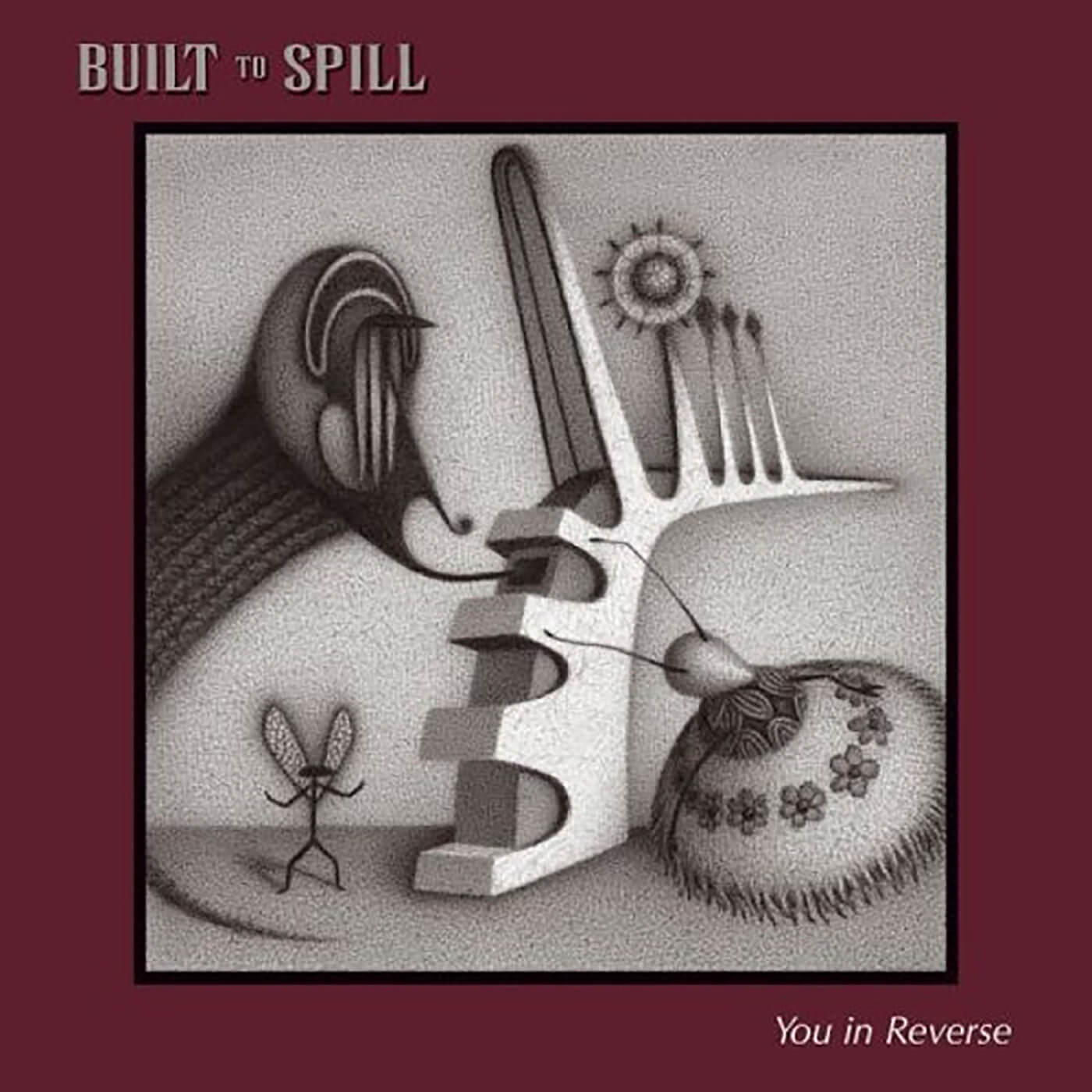 Opener Goin’ Against Your Mind, a nine-minute long, hypnotic two-chord tour de force, sets out the record’s stall. Driven along by the propulsive Krautrock-esque drums of Scott Plouf, it encapsulates the record’s free spirit and showcases the varied, intertwining styles of its players with its langorous intro, its atmospheric eye-of-the-hurricane midsection and otherworldly slide from Martsch building to a beautiful controlled freakout. On an album bursting with so much irrepressible six-string action, it’s hard to pick highlights, but the harmonised building outro of Traces with its distant wah-infused tremolo picking, the feedback and effects-soaked layered guitars in Wherever You Go, the exultant, maxed-out alt-rock frenzy of Conventional Wisdom and the unhinged Brett Netson solo on Just A Habit are just a few that spring to mind, among many.

With three guitarists (sometimes even four) plus bass and sometimes keys, you might reasonably expect a chaotic wall of sound. But You In Reverse is too focused on the detail for that, with the instruments’ frequencies expertly co-existing and fitting together, overlapping and sharing the spotlight.

Martsch credits the range of superb tones on the record to his co-guitarists both being amp builders and tone experimenters – Jim Roth alone brought 15 different amps to supplement the studio’s own collection and the pair collaborate on projects to ‘build their dream amps together’.

For his own instantly identifiable sound, Martsch shrugged to Pitchfork: “I kind of randomly chose gear that turned out to be okay… Mostly we like vintage Fender tube amps, Fender guitars. Those guys are into different guitars. I just play Strats, just recently started playing Telecasters, the one our sound guy made.” Martsch’s go-to guitar throughout his career has been his 1987 Fender Strat Plus, with the pickup switch and tone controls removed. Between this and his amp live, he uses three Dunlop Echoplex EP-1 boosters for gain stages – all three on together are a deafeningly epic sound that has to be heard to be believed.

The early-to-mid-2000s saw some tectonic movements in US indie-rock with the emergence of bands such as Modest Mouse, Death Cab For Cutie and The Strokes, all of whom have acknowledged the influence of Built To Spill on their sound, all of whom surpassed them in terms of sales and acclaim. But You In Reverse has often been praised for its timelessness, with Albert Hammond Jr summarising it by saying: “They make modern music that sounds classic.”

Perhaps this is a result of great collaborative ideas patiently developed and being given room to breathe, resulting in a free-spirited record that, as Martsch puts it, “has sort of an improvised feel but has nothing in common with a jam band”. Not exactly kept like a secret, but certainly not given the retrospective credit it deserves, 15 years on from its release, You In Reverse remains an intense, multi-layered treat for the ears. 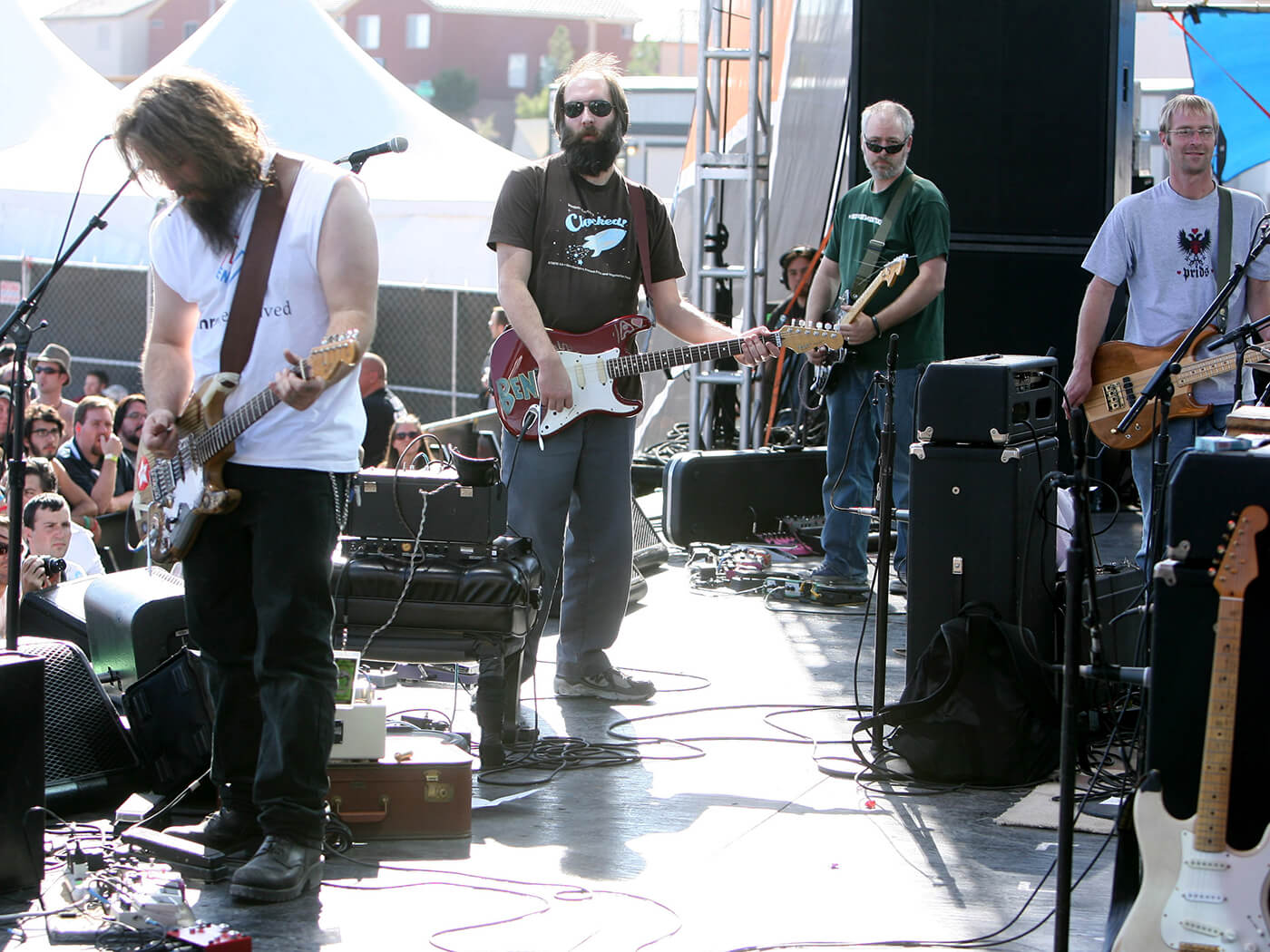 Built To Spill, You In Reverse (Warner Bros Records, 2006)

Goin’ Against Your Mind