The Genius Of… Turn On The Bright Lights by Interpol

Interpol’s dark-hearted indie-rock classic pulsates with great basslines and guitar interplay, here’s why you should give it a spin. 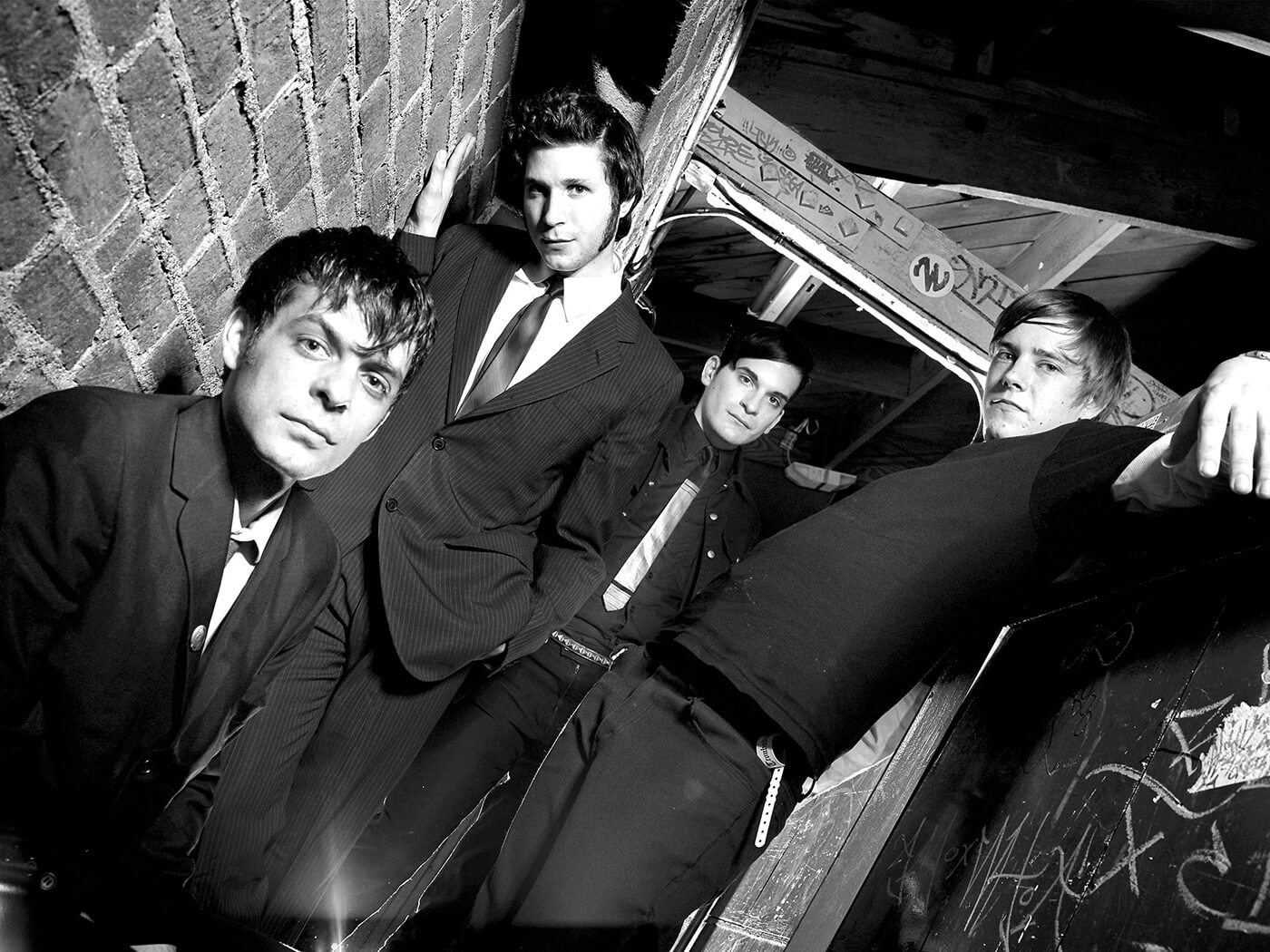 It was released at a culturally important time for New York

Turn On The Bright Lights came out in August 2002 when the hype surrounding the turn-of-the-millennium NYC music scene was in full swing, thanks to the insouciant garage-rock of the Strokes’ Is This It? having swept all before it the previous year. The music industry – operating at a time of peak P2P paranoia – was circling around a new wave of NY talent that included LCD Soundsystem, Walkmen, the Rapture, the Yeah Yeah Yeahs, TV On The Radio and others, moulding the scene into either a ‘post-rock revival’ or a ‘new rock revolution’.

Belonging to this scene undoubtedly helped Interpol get noticed; New York’s musical zeitgeist was distinctly 80s-leaning and Anglophile and the fact that the band’s sound was guilty on both counts proved a double-edged sword. Hence the reviews at the time, though overwhelmingly positive, were all dutifully qualified with references to the various bands that aspects of Interpol’s sound resembled: most obviously, of course, Joy Division, but also Echo And The Bunnymen, The Chameleons, Television and Wire, among many others.

Though the album was written before the 9/11 terrorist attacks, the atrocity happened in their neghbourhood: bassist Carlos Dengler had witnessed one of the towers collapse from his rooftop. Recording began only a month afterwards. “It was weird in the band, too,” said drummer Sam Fogarino. “For a short period of time, it felt like, ‘Let’s just shake hands and move on. We’re not doing a record.’ Everything seemed so trivial.”

Turning their back on the temptations of the city, Interpol put the record together in the relative isolation of Tarquin Studios, the attic studio at the three-storey house of producer Peter Katis in Bridgeport, Connecticut. “They showed up with $900 in cash just to pay for all the reels of tape, but then they didn’t pay me for a year,” Katis recalled. Inbetween trips to Bridgeport’s liquor stores, they set about crafting a grandiose, glacial sound that conjured up complex emotion beneath the surface tension and from a necessary distance, provided a dramatic and oblique soundtrack for the city that struck a chord with its residents. 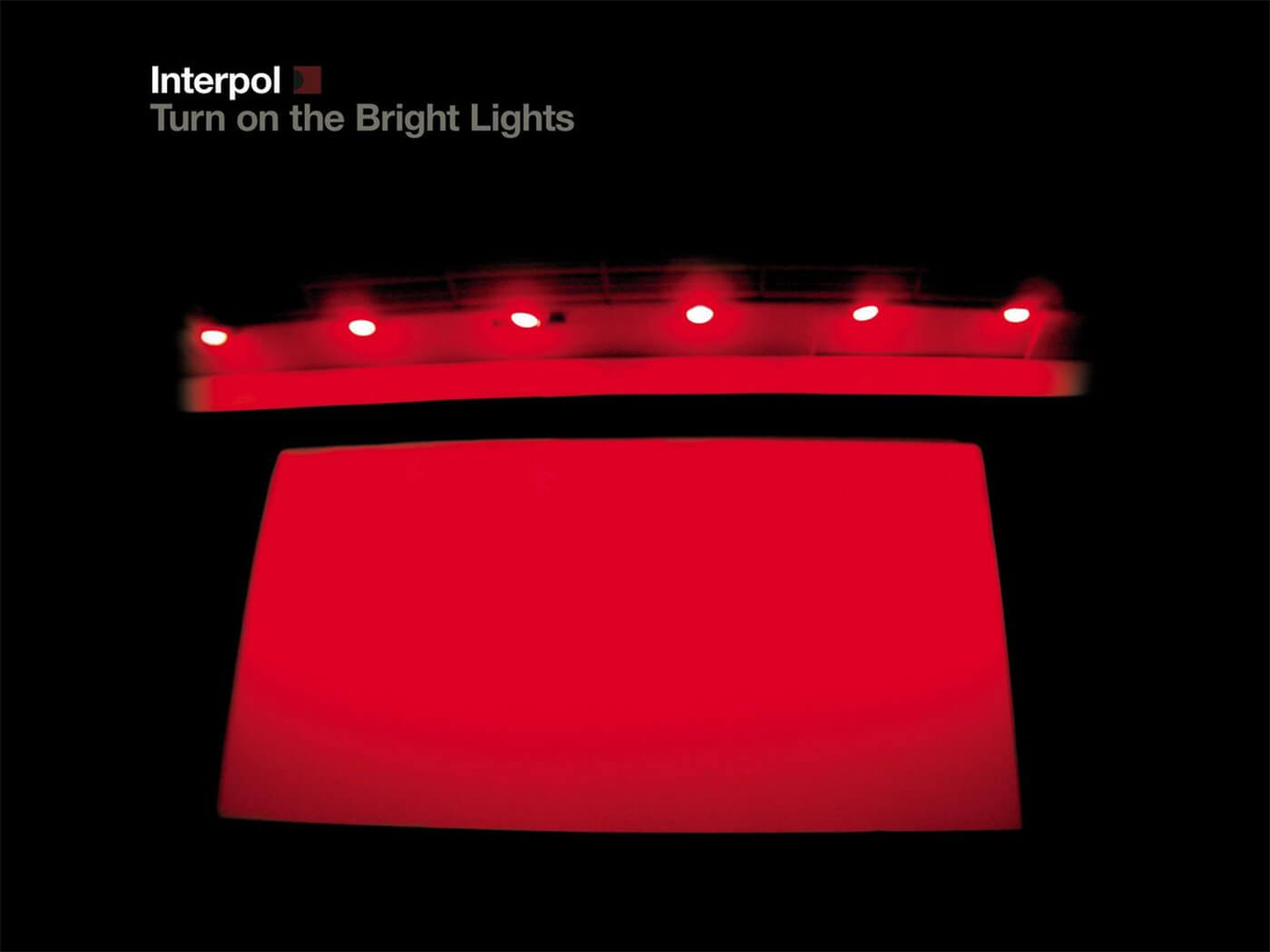 Turn On The Bright Lights may have worn its influences on its sleeve, but by the time they came to record their debut, the band’s musical identity was rigorously cohesive, backed up by a dapper aesthetic and arthouse videos that seemed just as fully thought-through. In reality, since forming in 1997, they’d put in the hard yards. Having been recruited around Kessler’s musical vision (initially with Greg Drudy on drums), they’d been writing and rehearsing and made their live debut in 1998, going on to release two small-run EPs and do a Peel Session in the UK, before signing to Matador to work on their debut album.

TOTBL is often praised for how effortlessly it immerses its listener in a whole-album world: its flow from song-to-song makes more sense with each repeat listen. Carlos Dengler told Pitchfork: “Daniel would come in with these very specifically executed guitar melodies, pretty much always in the baritone range, that already had a world within them. And to be able to convey a whole spiritual world of a song in just a melody, which you can imagine drums and bass and keyboards and vocals wafting around in, is a type of genius.”

But just listen to the guitar playing…

This is evident from the opening notes of Untitled onwards, where the haunting, deliberate chime of Kessler’s Epiphone Casino subtly unfurls into a powerful minimalist portent of the sonic landscape to come (in much the same way I Wanna Be Adored heralded The Stone Roses’ debut just over a decade earlier). Kessler used this 1967 model for all of TOTBL, with guitarist/singer Banks playing the Gibson Les Paul Custom he’d had since high school.

The band have used Fender amps from the beginning, augmenting their sound on their debut with a handful of pedals and preferring pedals to amp reverb, with the humble Alesis MicroVerb featuring heavily on TOTBL: “Cheaper reverbs have a sound that is darker and messier and cooler…” said Katis. “Without that little $50 piece of gear, the record would’ve sounded totally different.”

Much of the power of the record comes from its obsessively perfected melding of the melodic instruments. “On many of the songs, the bass is the live take; even more exceptionally, a lot of the guitars that were played live were kept,” Katis recalled. “On a lot of those songs, there are at least one or two live guitar tracks.”

Anthemic debut single PDA was an old song that might not have made it onto the record at all if it wasn’t for Katis insisting that it was included. Yet it’s a shapeshifting wall of sound that exemplifies the band’s innovative musicality: one instrument after another swims into focus, emerging from the dark harmony only to disappear again into the interplay of economical yet emotionally charged lines.

This sophisticated approach to combining guitars was inspired, according to Kessler, by Fugazi: “I was really, really quite influenced by that band. I would see them whenever they came through New York. It’s just the way the two guitars interacted,” he told Total Guitar. “They had very little going on live with regards to effects, but they were able to make all these crazy sounds and the way they split up the guitar action. A band like that made me think a lot about new approaches to playing guitar and songwriting overall.”

It stands the test of time

It’s approaching two decades since Turn On The Bright Lights and while it’s considered a touchstone of indie-rock of the period, it helped pave the way for guitar rock’s transition to later torchbearers including Arcade Fire, The Killers and The National. Yet despite its 15-year-anniversary victory-lap airing in 2017, it perhaps still doesn’t get the credit it deserves.

To some, it matters that the band sound like Joy Division and The Chameleons; to others, it really doesn’t. It’s also true that to some, Paul Banks’ lyrical musings are profound shards of menace; to others, they’re nonsensical. But ultimately, 20 years on, Turn On The Bright Lights remains as enigmatic and cinematic as its cover shot and endures as a tour de force of grandiose, atmospheric guitar playing.