Brandon Flowers returns to the small Utah town of his upbringing for inspiration on a concept album that surprises with its restrained beauty. 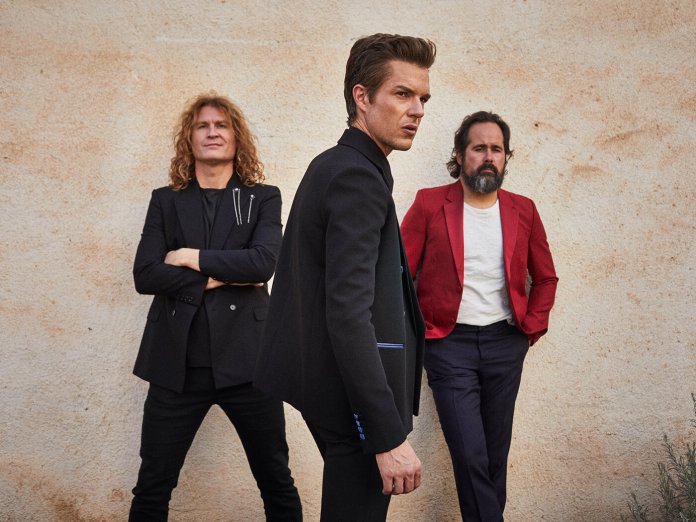 “Everything came to this grinding halt,” says Brandon Flowers of the enforced hiatus following 2020’s excellent Imploding The Mirage album, which afforded him the head space to conceive its follow-up. “It was the first time in a long time that I was faced with silence. Out of that silence this record began to bloom, full of songs that would have otherwise been too quiet and drowned out by the noise of typical Killers records.”

The quieter, more introspective record he speaks of is a concept album of sorts, an impassioned and unfiltered examination of small-town America. More specifically, it’s a character study of some of the 5,300 people who inhabit Flowers’ home town of Nephi, Utah, a place of endless wheat fields, unlocked front doors and the Mormon church.

In Nephi, the 1990s felt like the 1950s anywhere else, and Flowers felt like an outsider. But since returning to live in the Beehive state, he’s gained a new appreciation for its rustic charms, resulting in some of the most stirring writing of his career.

Uncoupled from the stadium-rock bombast that typically enshrouds a Killers release, Flowers revels in the wide-open spaces of these more refined arrangements, recalling his rural upbringing and picking over the bones of the tarnished American Dream. With Shawn Everett and Foxygen’s Jonathan Rado again producing, sonic reference points as recording began included Nirvana, Radiohead and R.E.M., while an inherent country twang is never far away.

Opener West Hills is an irresistible, sweeping piece of grandeur in 6/8, Flowers adroitly spinning the tale of a Nephi resident caught by the sheriff in possession of “hillbilly heroin pills”. The R.E.M. influence surfaces in the form of a gleaming introductory mandolin riff, with fiddle player Sara Watkins further elevating the stately atmosphere. Guitarist Dave Keuning is back in the fold for this album and the fuzz-enveloped finery he ignites in the chorus is electrifying.

Besides the biographical detail on Pressure Machine, the band commissioned a series of interviews with the town’s residents and these illuminating vignettes are dotted through the album, giving voice to a community left behind by progress. Distinctly more 80s electronic in feel, Quiet Town is preceded by a solemn voice intoning “the train is the way to find your way out of this life, if you get hit by it”, a reference to Flowers’ formative memory of two of his teenage schoolmates being killed by an oncoming locomotive. The song is driven by sparkling acoustic chords, yet beneath the sprightly chorus and Joe Pug’s wailing harmonica lies devastating grief. 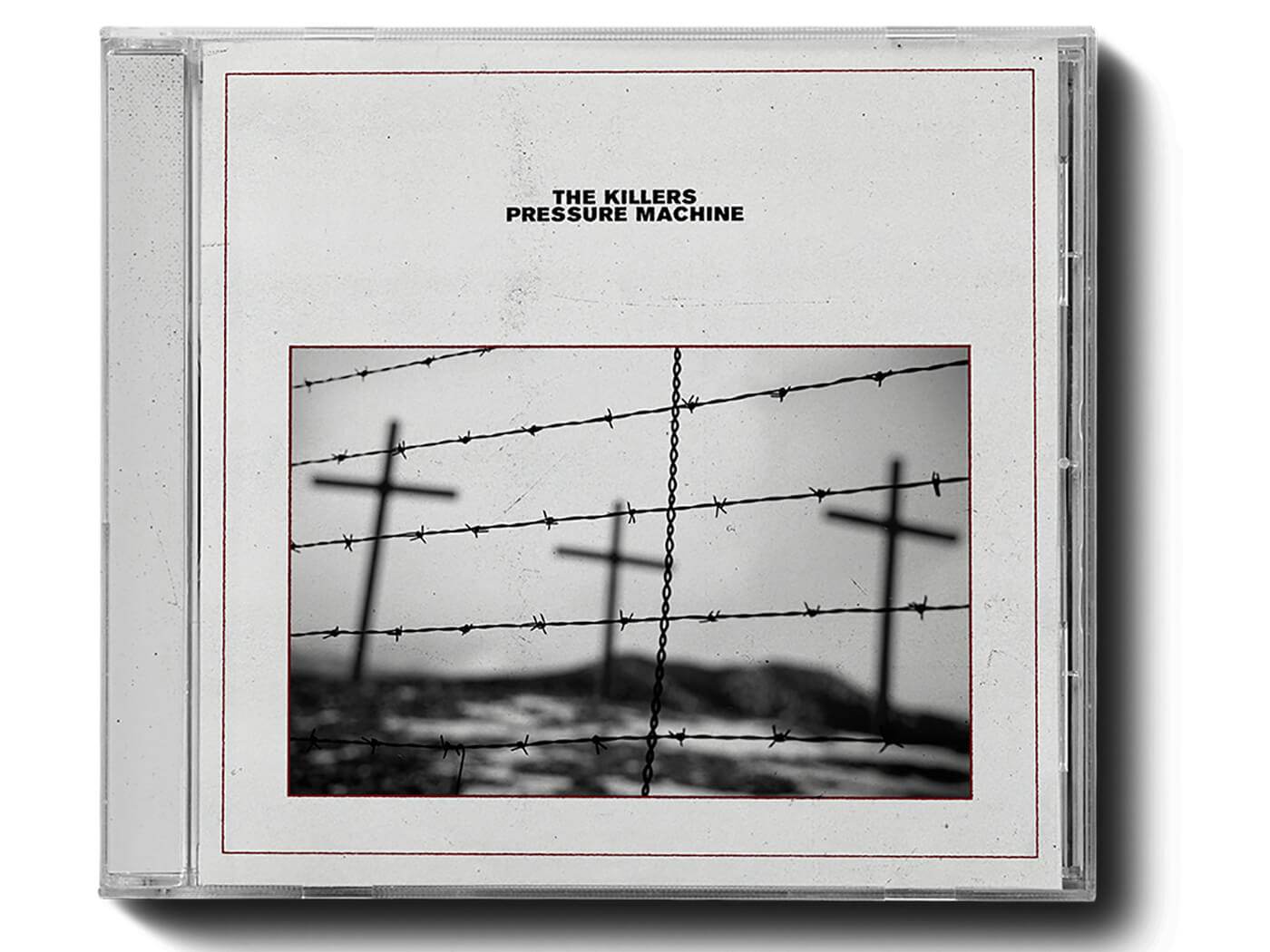 Flowers also mines America’s opioid crisis – a theme he returns to on In Another Life, one of the victims cautioning in the intro “it makes you feel pretty damn good, after a few hours you’ve gotta take more, and then after a while you’re taking a tonne.”

Terrible Thing is the sparsest piece of music The Killers have ever released, and one of the most affecting. A fingerpicked progression sets the scene as we witness a local teenager made to feel an outsider because of his sexuality considering suicide as an escape from the “barbed wire town” where all the men end up at the rubber plant.

Although a melancholic air hangs over Pressure Machine like indigo storm clouds rolling across the plains, it’s not an album devoid of explosive choruses or guitar heroics. Cody (“a different kind of kid”) reveals brassy flourishes and a wanton eight-bar solo bathed in fuzz, while Sleepwalker is an archetypal widescreen Killers anthem, a glinting riff sparking into life as Flowers evocatively beholds the “mountainsides all watermelon red”. Phoebe Bridgers, wonderfully tremulous and sorrowful, then joins Flowers as he imagines a “small-town girl, Coca-Cola grin, honeysuckle skin” on the beatific Runaway Horses, ghostly swirls of strings and piano motifs ebbing and flowing with balletic grace. 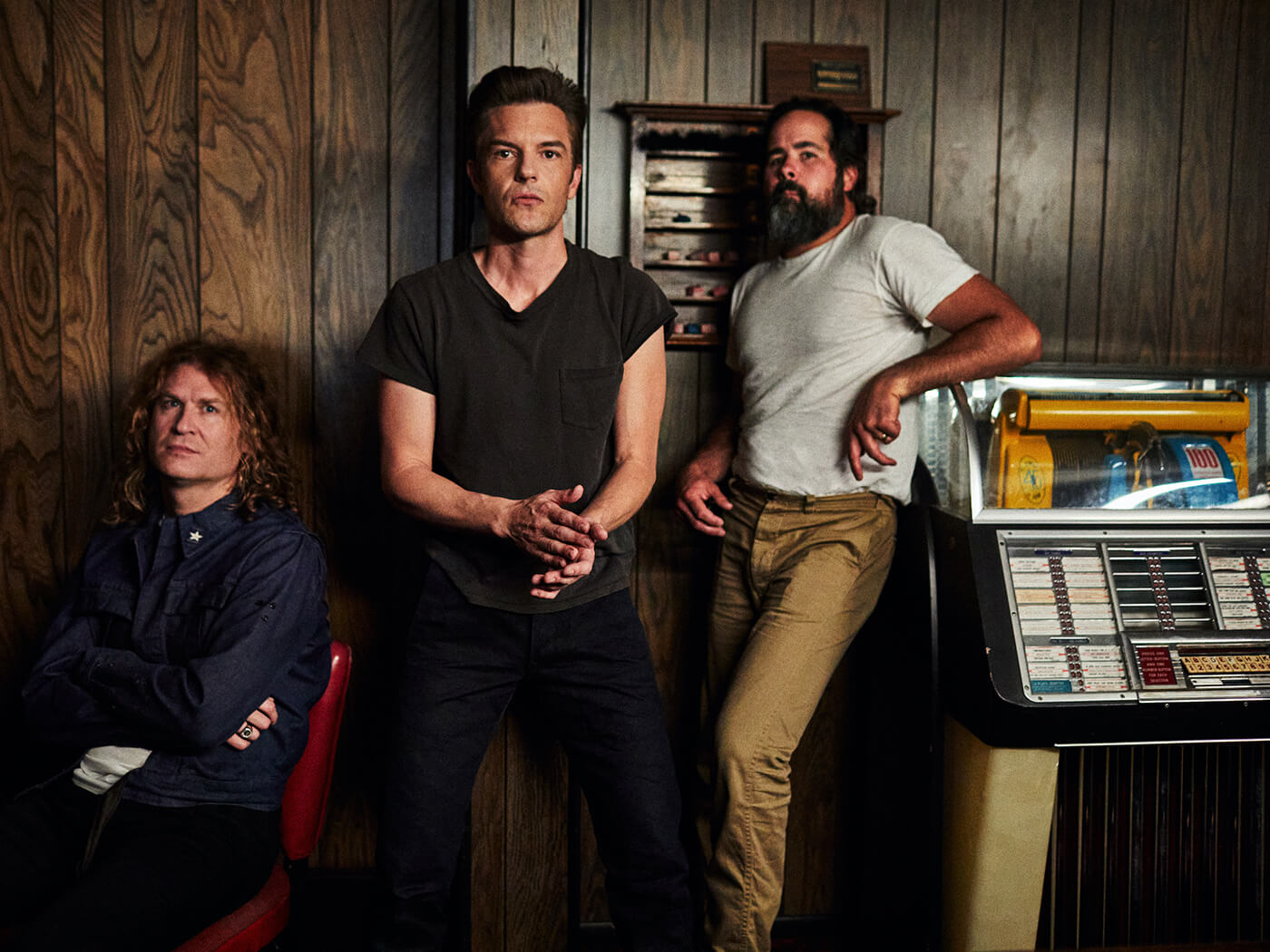 While grief is inextricably attached to the stories that unfurl on Pressure Machine, a lambent sense of nostalgia is threaded through its 11 songs, too. Returning to Utah on the galloping In The Car Outside, Flowers recalls how he “dropped a line to a flickering high school fling”. Keuning’s pair of lead lines twine around each other, choral backing vocals and an occasional harmonica howl as the song climbs through its triumphant outro.

Desperate Things is a sorrowful beauty, expertly embellished by Flowers as a Nephi cop murders a love rival. Keuning’s echoey arpeggios drip with modulated delay, later married to haunting pedal steel before tangled abstract noises make way for a solitary mandolin. On the title track, we find Flowers gazing up at a glittering canopy of stars and considering the madness of the “pressure machine” we’re all strapped into before concluding with the optimistic The Getting By, on which he muses “this whole town is tied to the torso of God’s mysterious ways”. The last thing we hear is the lonely horn of a train, slicing relentlessly through the forgotten heartland of America.

Amid the pain, grief and monotony of life in a small town, Flowers finds startling beauty, and Pressure Machine unveils a surprising new side to The Killers. Beyond the vivid excess that has seen them become one of the world’s biggest bands something more reflective, cerebral and hugely compelling exists.

“I’ve got more understanding now than when we started the band, and hopefully I was able to do justice to these stories and these lives in this little town that I grew up in,” says Flowers. With his band already talking about an eighth album that may see them return to more familiar territory, it remains to be seen whether Pressure Machine is a one-off diversion or a whole new path for The Killers to travel down. Let’s hope it’s the latter.

The Killers’ Pressure Machine is out now.