The Rolling Stones – A Bigger Bang Live On Copacabana Beach review: the world’s best live band on top of their game

The Stones rock Rio in front of one of the biggest crowds in the history of music on this newly expanded live release from their 2006 Bigger Bang tour. 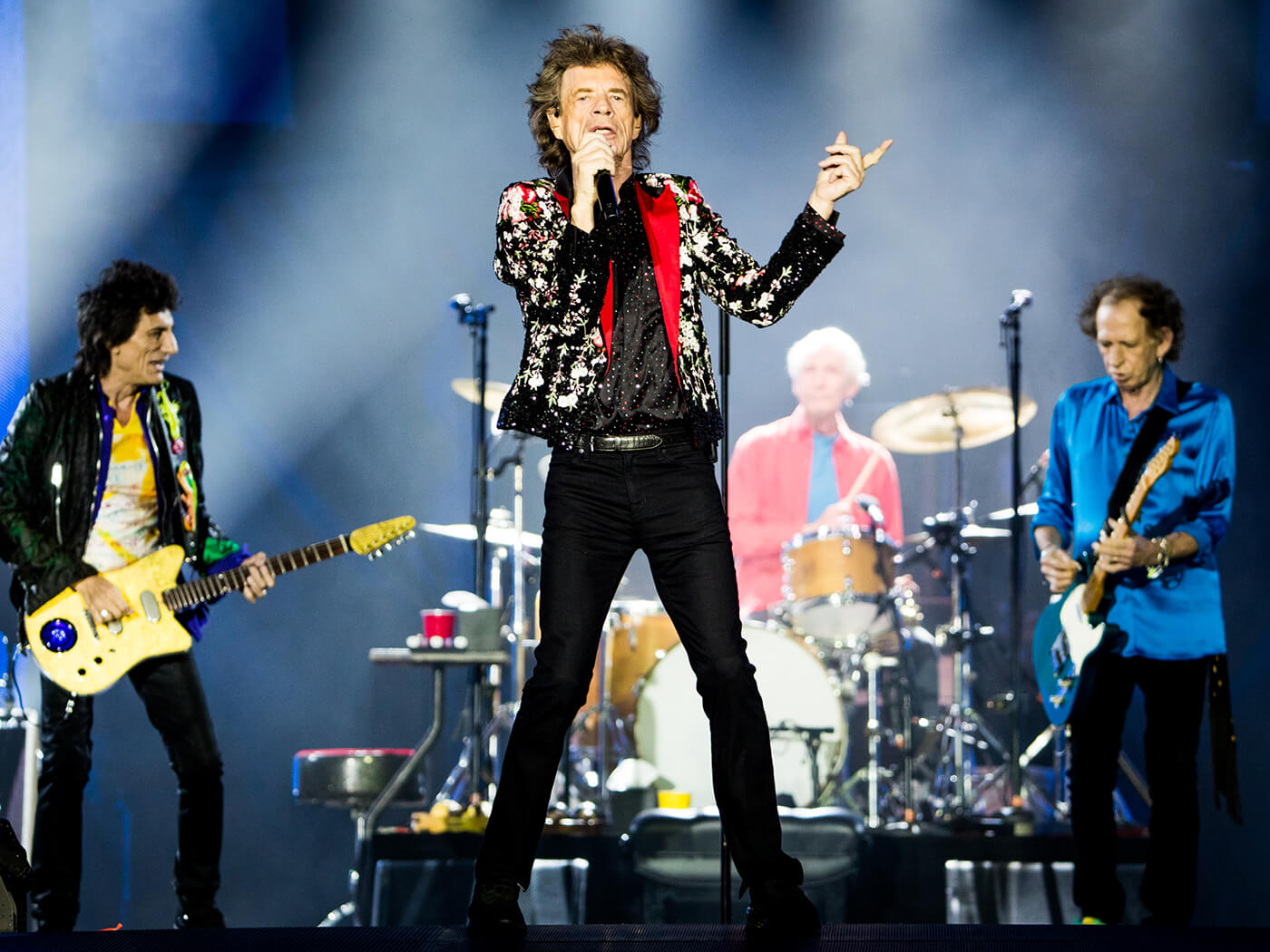 The world’s best live band on top of their game playing to more than a million people. On this form, they’re simply untouchable.

On 18 February, 2006, 1.5 million people crowded onto Copacabana Beach to watch The Rolling Stones. It was one of the biggest shows ever staged, with an audience equivalent to the combined populations of Glasgow, Liverpool and Bristol – or to put it another way, around 15 times as many people as saw the Stones headline Glastonbury.

The Glastonbury comparison is apposite for other reasons. While that 2013 show is rightly remembered as one of the great Pyramid Stage spectacles, it’s fair to say that by then Keith Richards wasn’t quite at the peak of his legendary powers, Ronnie Wood and returning guest Mick Taylor doing plenty of heavy lifting. There are no such issues on A Bigger Bang, with the whole band in blistering form. “Not that we’re unused to playing the biggest shows in the world, but I must say Rio did take the cake,” says Richards.

Remastered and available in full for the first time on CD, vinyl and DVD, the 22 songs include four (Tumbling Dice; Oh No, Not You Again; This Place Is Empty and Sympathy For The Devil) aired for the first time after being left off the original 2007 DVD release.

Filmed by 50 cameras, some aboard yachts and helicopters, the band emerge across a purpose-built bridge from the Copacabana Palace Hotel as a comically bombastic video plays on big screens stretching a mile down the beach. Suddenly, Keith’s centre stage, high-kicking his way through the intro to Jumpin’ Jack Flash on his black Tele Custom as if it’s 1968. Mick Jagger is a blur of silver, while Ronnie Wood rips licks from his Strat, and Charlie Watts and bassist Darryl Jones hold it all down expertly. Jagger bellows “Hola Rio, hola Brazil”, Keith switches to a black Gibson ES-355 and they’re away into It’s Only Rock ‘N’ Roll, the crowd roaring in appreciation as Richards surges through two delicious lead breaks.

Micawber, Richards’ priceless 1953 blonde Tele, gets its first appearance on the open G You Got Me Rocking, from 1994’s Voodoo Lounge, adorned with Wood’s sweet slide phrasing. Next, they hit Tumbling Dice at a thrilling pace, Richards addressing the gorgeous lyrical solo to Watts, who guides the band into an extended outro, gospel backing singers joining the swell as Jagger sets off down a vast walkway into the crowd.

Four songs from 2005’s Bigger Bang are slipped into the set, Oh Not, Not You Again and Rain Fall Down bookending the sublime, yearning Wild Horses with its stirring memories of Keith’s old buddy Gram Parsons. Here, it’s dedicated to “everyone in the back”, Richards’ 10-string Guild acoustic sparkling magically.

Midnight Rambler begins with an enticing drum solo, Richards hammering a note on his 1957 Les Paul TV model ‘Dice’ as the tension builds. It’s a blazing rendition, Watts and Jones’ muscular foundation shepherding the guitarists into the sort of exhilarating tussle they’ve been executing masterfully since Wood joined in 1975. Jagger delights in the smoking harmonica break, then spends the outro prancing around the walkway and milking massive “oh yeah”s from the sands, eventually calling it at 12 minutes, 15 seconds.

Keith decorates Ray Charles’ Night Time Is The Right Time with exquisite bluesy runs while seated on Watts’ drum riser as Lisa Fischer delivers a stunning lead vocal. They finally drop the pace for Jagger to introduce the band before handing Richards the spotlight for his calling card from Exile On Main Street, Happy, the note-perfect Wood backing him with a sizzling lap steel performance. Costume change complete, Jagger returns for the sultry disco strut of Miss You from 1978’s Some Girls, Richards’ late-50s Mary Kay the pick of three Strats on display.

The set’s protracted ending is an extraordinary cavalcade of hits, with the band carried on a platform over the heads of the crowd as Wood’s searing fretwork cuts through the clamour on Get Off Of My Cloud. The roars have barely subsided when Richards’ devilish riff opens Honky Tonk Women, Jagger whirling his shirt above his head.

Sympathy For The Devil has its roots in Brazil – the group’s attempt at writing a samba. The intro is teased out as theatrically as you’d expect, the masses joining Jagger’s high-pitched “woo-woo”s. Richards fires off the solo on his 355, indolently spitting out his fag a few bars in and embarking with Wood on a wonderfully ragged outro.

By the time they attack Start Me Up, 90 minutes after taking the stage, the Stones are right in the pocket and sounding as if they could play all night, Richards throwing his head back in ecstasy as Wood wrings wild, searching bends from his Strat. There’s a momentary pause before Keith, bent double over Micawber, unleashes that era-defining descending riff to Brown Sugar, Bobby Keys sending spiralling sax notes into the balmy South American night.

Richards and Wood swap fluid, winding lead lines throughout You Can’t Always Get What You Want, Let It Bleed’s majestic, hopeful closing track. It’s elevated by a gospel backing choir and a million Brazilian voices, Wood winning the duel on points with a volley of massive bends and tapping fireworks. A wicked grin spreads across Richards’ face as he picks out the opening riff of a bludgeoning Satisfaction that unfolds into a riotous blues workout as Jagger skips away, looking fit to run the length of the beach. Richards drops to his knees, Wood rams his guitar into his amps, savouring every last drop of feedback, and they’re done. Bows are taken, instruments are held aloft and everyone goes nuts.

The Rolling Stones have been doing variations on this set for well over a decade now, defying the advancing years with defiant grace, but it’s unlikely you’ll see the world’s greatest live band and their invincible, untouchable talismanic guitarist in such consistently electrifying form as this again. Obrigado, Rio.