by Gary Walker
The War on Drugs
#Artist#Rock
Reviews

The War On Drugs – I Don’t Live Here Anymore review: Adam Granduciel’s most colourful, accessible and focused statement yet

The times they are a changing for Adam Granduciel on a lambent follow-up to 2017’s career high A Deeper Understanding. 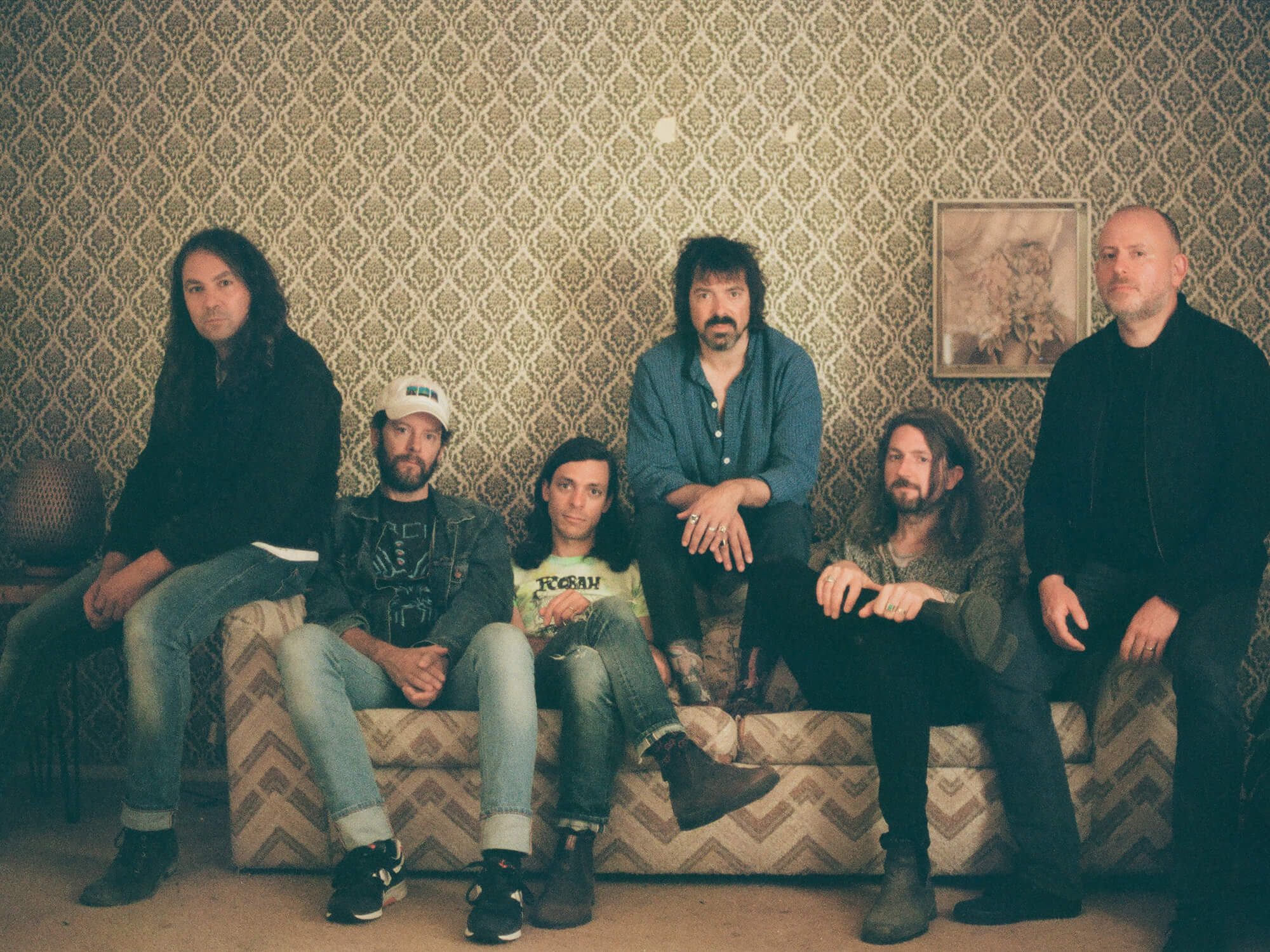 Colourful, focused and awash with huge 80s rock choruses and pop flourishes, I Don’t Live Here Anymore paints The War On Drugs in a fresh light.

The War On Drugs’ 2017 major-label debut A Deeper Understanding felt like a culmination, a decade of tortured perfectionism, searching for that unreachable sound finally sharpening into radiant focus for the band’s leader Adam Granduciel. It was a near-perfect record, lavished with some of the 21st century’s most exhilarating guitar playing.

The rewards duly followed – a Grammy for Best Rock Album, festival headline slots across the globe and a sprawling world tour that swallowed up huge venues including London’s cavernous O2. In the four years since A Deeper Understanding’s release, its creator has turned 40 and become a father, and consequentially album five feels not like the natural next volume in an increasingly absorbing body of work, but a fresh beginning.

Significantly, the word ‘change’ appears no fewer than eight times across the 10 tracks and ‘time’ nine. This is a new dawn sonically, too, the landscape far less densely layered than on the tightly wound A Deeper Understanding, coloured by coruscating synth textures and towering choruses buffed to a pop-friendly sheen. It’s often as reminiscent of Bryan Adams as Bruce Springsteen or Tom Petty.

All that said, the folky Dylan-esque opener Living Proof begins in understated, reflective mood. Granduciel cycles pacifically between two chords on his early-60s Martin D-18, looking inwards to ponder “What have I been running from?”, his sense of disaffection mirrored in the transformation sweeping through his old neighbourhood. Michael Bloch’s Mellotron notes lap dreamily at the edges of his solemn, weathered voice while a concise, unhurried solo suggests a coming storm before settling on restraint.

Harmonia’s Dream is the album’s first epic and one of The War On Drugs’ finest anthems to date, suggestive of the boundless open-road escapism introduced on 2014’s Lost In The Dream. Taking shape from an effervescent synth pattern, it gathers steadily around an ensemble of analogue synths and a Hammond organ, Granduciel beholding a “ghost in black and white/ a silhouette in blue and green” before a tantalising, lyrical riff slowly assumes control.

Third track Change is overtly concerned with the album’s dominant themes of transience and loss, sparkling arpeggios and Lee Pardini’s decorative grand piano flourishes accompanying Granduciel’s rueful admission that “I’ve been living on the run, ’cos I can’t find that thing that holds us up and binds us tight”. It’s not, though, until I Don’t Wanna Wait that his gripping lead playing fully ignites. The early stirrings are moodily torpid, founded upon an electronic drum pattern and synthesised chimes so inherently 80s in tone you can almost smell the hairspray. Comparisons to Phil Collins will ensue. 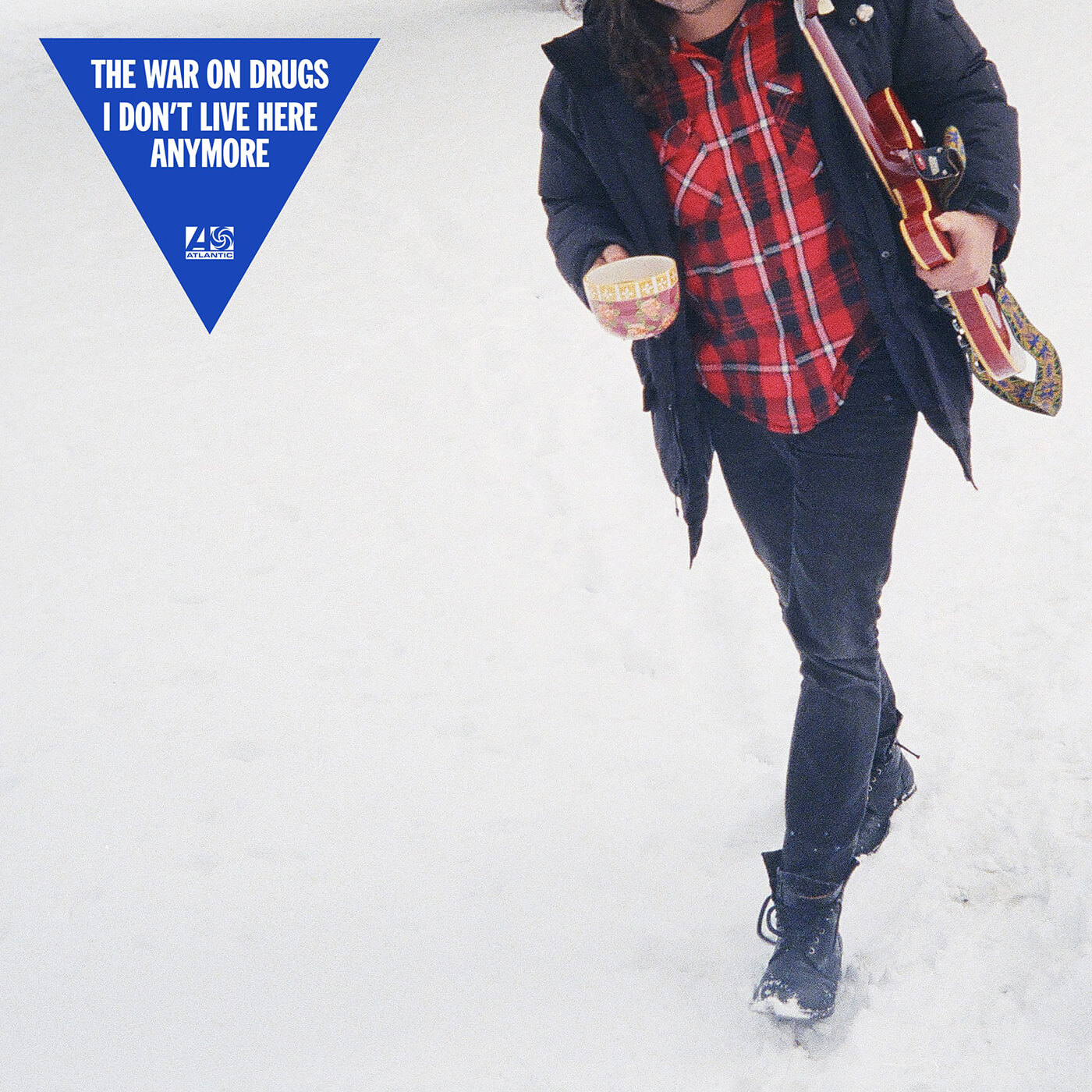 His voice heavily effected, Granduciel paints himself prostrate “lyin’ on the floor, your prisoner of love” and before you can say “soaring power ballad” the song bursts into a strident double-denim chorus. It’s the gateway to the album’s first major solo, a seething cloud of fuzz and wah enveloping a deluge of fluent phrasing. We ascend higher still on Victim, pulsing electronics and a motorik 808 beat subsiding into the background as Granduciel rips sputtering fury from his 1969 Gibson SG and a Crowther Prunes & Custard harmonic overdrive. It’s a glorious, lusty noise.

The title track is the most arresting of all, heightened by Robbie Bennett’s mesmeric arpeggio and peppered with playful Dylan references. After borrowing “a creature void of form” from Blood On The Tracks’ Shelter From The Storm, wistful nostalgia engulfs Granduciel as he recalls happier times dancing to Desolation Row at the Newport Folk Festival in 2002. The chorus is without doubt the deepest The War On Drugs have ever ventured into the pop forest, and there are shades of Don Henley’s The Boys Of Summer and Def Leppard’s Hysteria album as guest vocalists Jess Wolfe and Holly Laessig of Lucius pour some further gospel-harmony sugar.

Fatherhood is another potent source of inspiration after the arrival of son Bruce two years ago, and it draws from Granduciel one of his most stirring vocal performances on Old Skin, while Wasted is a propulsive rush of jangling arpeggios and celestial Juno 60 chords, the bruised vocalist concluding “I just wanna learn, in time, to heal”. He returns to lost love on the album’s contemplative yet lucent closer, Occasional Rain. Multi-instrumentalist Bloch’s beatific ‘raindrop’ guitar motifs flicker and flare as the singer pleads “Now that my heart is empty, where should I go? You’ve always been a constant, My Northern star”.

This might feel a desolate theme on which to conclude, and I Don’t Live Here Anymore certainly goes to some painful places. Yet, defiantly, this is The War On Drugs at their lightest and most direct, their leader facing down debilitating trauma and emerging reborn. Expectations couldn’t have been higher following an immaculate fourth album, and there will be fans who craved A Deeper Understanding part two, but it’s a measure of Granduciel’s insatiable musical ambition that rather than repeating himself he’s produced his most colourful, accessible and focused statement yet.

I Don’t Live Here Anymore by The War On Drugs is out now on Atlantic Records.