Four years after the release of their Mercury Prize-winning sophomore album, Visions Of A Life, the London quartet gear up for a refined follow-up that sees vocalist Ellie Rowsell baring her soul. 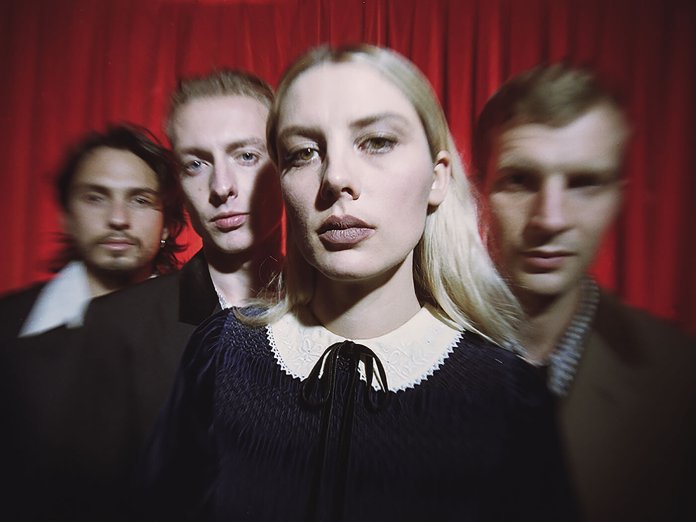 After winning the 2018 Mercury Prize for Visions Of A Life and touring with Foo Fighters, Queens Of The Stone Age and Liam Gallagher, Wolf Alice embarked on a six-month hiatus to recuperate and plan their next move. Blue Weekend, the band’s third album, suggests the hard-earned break was time well spent. Bigger, smarter, its soaring dynamics more deftly crafted, it’s another stride forward for the London quartet.

The first green shoots of what would become Blue Weekend appeared during an Airbnb stay in Somerset as the band threw around ideas in a converted church. But it was after flying to Brussels with renowned producer Markus Dravs (Arcade Fire, Kings Of Leon) that the big-sky sound of this ambitious statement record began to emerge, with serendipity playing a hand, too. When a Covid lockdown in the Belgian capital left band and producer stuck in the studio, they revisited the mixes “with a fine-tooth comb”, Dravs encouraging them to strip away anything superfluous and hone the true essence of their third album.

While what emerged from those extended sessions couldn’t be described as a reinvention, it is Wolf Alice stretching out and painting with a broader palette, refining their identity. After two records that fizzed with all the frustration and joy of youth and a two-guitar sound that took in shoegaze, alt-rock, punk and grunge, here they arrive at a more contemplative outlook, vocalist Ellie Rowsell reflecting on love, loss and womanhood.

For a neat encapsulation of the distance the band have travelled since Visions Of A Life, contrast that album’s lead single Yuk Foo – a punky two-minute, expletive-splashed middle finger – with this album’s first release. The Last Man On Earth is an elegant piano ballad that takes a full two minutes before the rest of the band and a strings section join Rowsell, ascending into epic power ballad territory. “Every book you take that you dust off from the shelf has lines between lines between lines that you read about yourself,” the singer muses, and you have to remind yourself the two songs are by the same band.

In between parts one and two of The Beach, the album’s bookends, Rowsell delivers her most assured and personal lyrics to date. The most potent example, and perhaps the most compelling song Wolf Alice have ever conceived, is served up early. Delicious Things is a simply glorious pop tune. Over loping reggae bass, ticking hi-hats and dreamy chords, Rowsell is simultaneously alienated and excited by the allure of life in LA, observing “I don’t belong here though it’s really quite fun,” as she encounters a coked-up admirer who “rolls his eyes and cuts a selfish line of blow”. Gorgeous post-rock fireworks ignite around her exultant chorus vocal before it all falls away to a delectable six-note guitar riff, and she calls her mum. 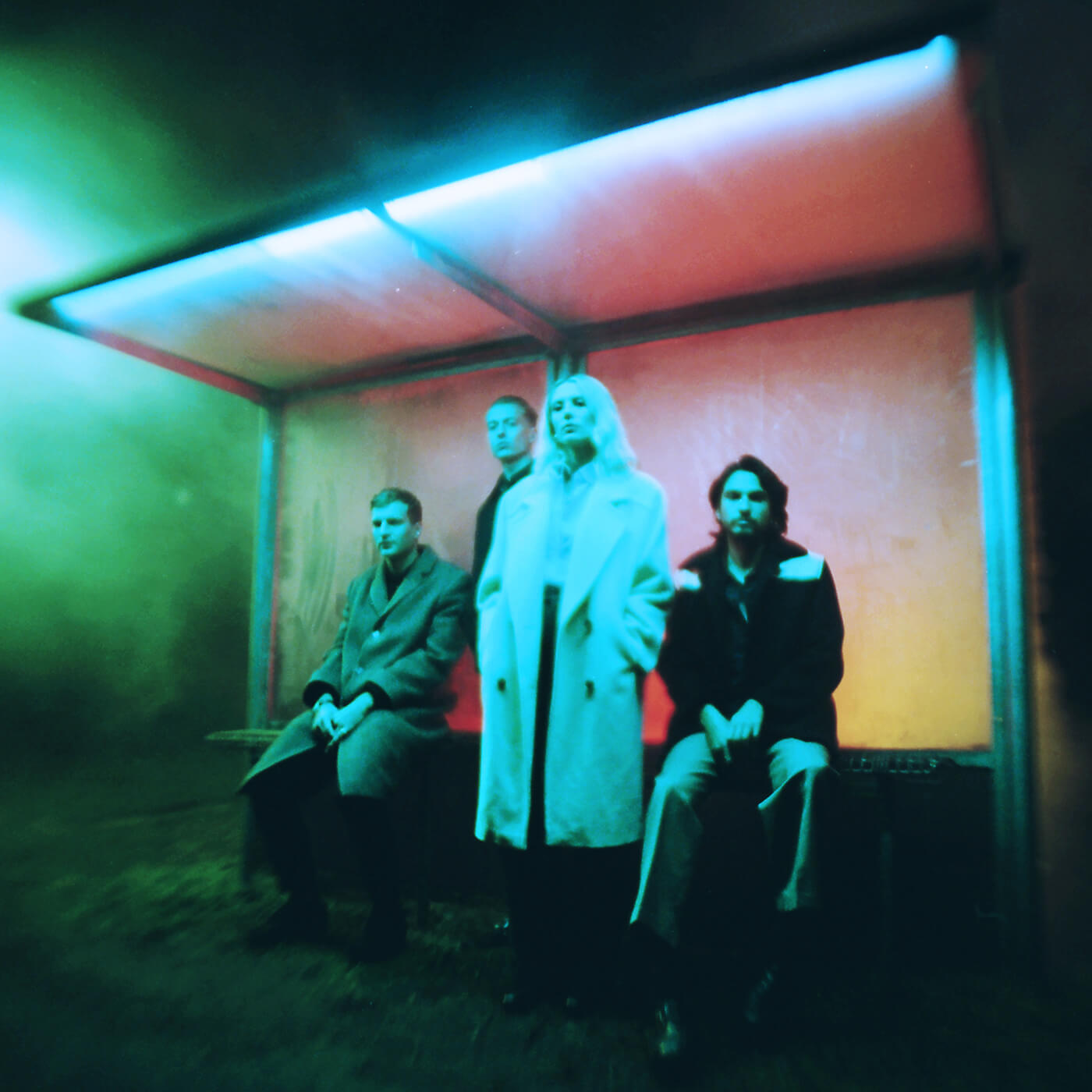 Rowsell and fellow guitarist Joff Oddie started out as an acoustic duo, and their search for new sounds on Blue Weekend meant a partial return to their roots. “I spent a lot of time working with acoustic instruments, trying to play them in different ways and layering them in different ways,” says Oddie. His ringing tremolo-treated arpeggios complement the muted acoustic strums on Lipstick On The Glass, Rowsell’s mesmerising falsetto suggestive of Cocteau Twins’ Liz Fraser. The melodic payload delivered in the chorus is huge, pushed along by a bristling bassline, and Davs’ editing is audible as everything drops out for four heavenly bars where the singer’s voice is accompanied only by fingerpicked finery.

After such a stirring opening, Smile is less cerebral, introduced with a rasping fuzz riff and muscular rock drums. Yet it’s notable for the lyrical confidence Rowsell exudes. Rejecting limiting expectations of her femininity, she almost raps the abruptly scanned verses, asserting “I am what I am and I’m good at it/ you don’t like me well that isn’t fucking relevant”. Safe From Heartbreak (If You Never Fall In Love) is equally direct, the sparkling 12-string sound and cooed harmonies contrasting Rowsell’s response to a former lover who “fucked with my feelings”, as she resolves not to expose herself to further pain. The tonal range gets broader still on How Can I Make It OK, a lambent synth-washed pop song that sets up camp in the sort of propulsive sun-bleached territory Haim and Christine And The Queens occupy masterfully, Theo Ellis’ lyrical bassline the source from which everything else draws. 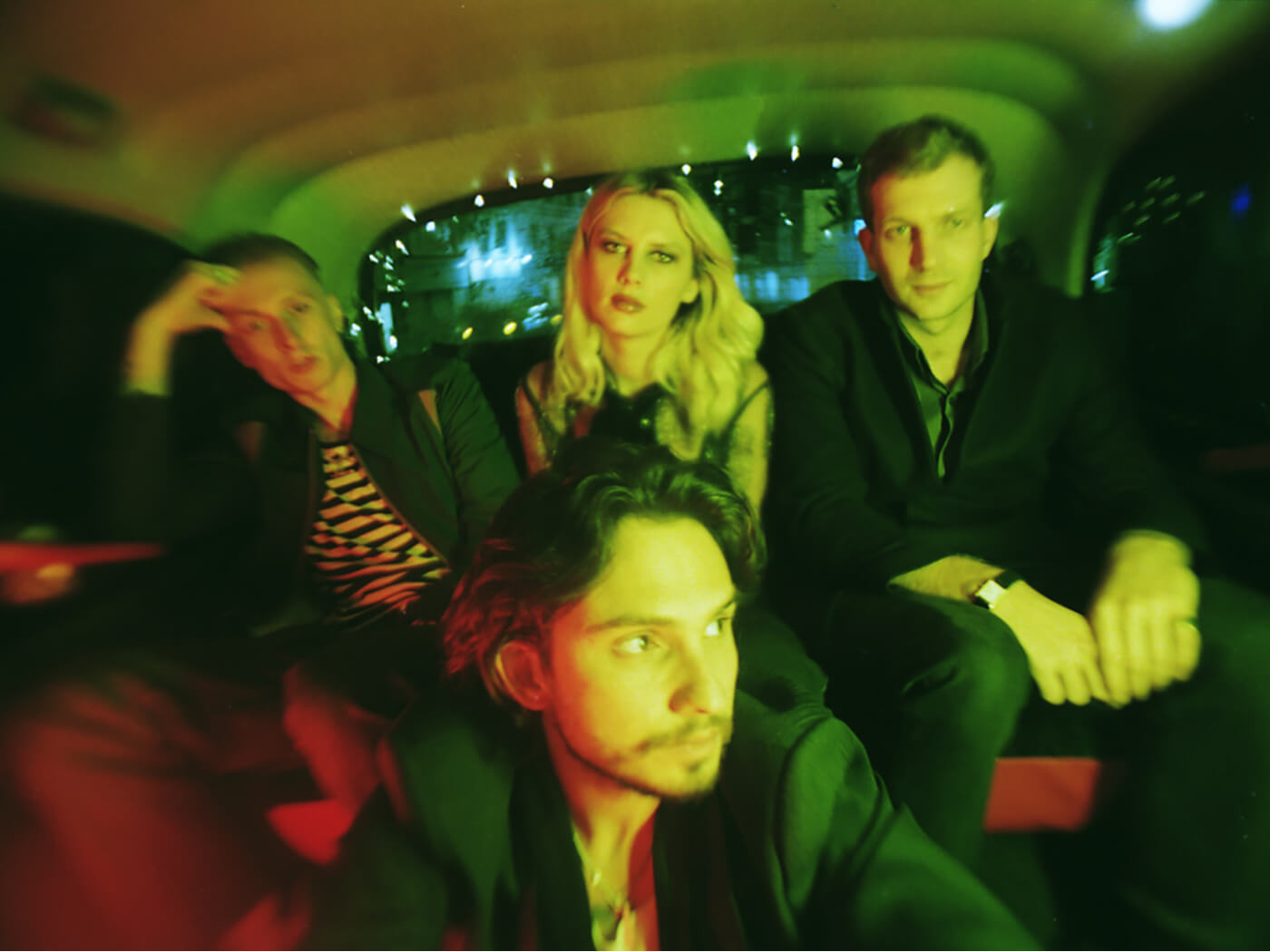 Blue Weekend is not entirely without weakness. Play The Greatest Hits is fun but not particularly memorable, Rowsell’s screeched battle cry leading a riotous, punky two-and-a-half-minute charge that feels a little incongruous sandwiched here. It’s followed by the song Rowsell found most difficult to write, the disarmingly personal examination of sexuality and self love Feeling Myself. The spacious organ chords and wounded retort of “he’s had so many lovers, don’t mean he’s been pleasing anyone” in the opening verse blooms into a grinding, sultry synth chorus, and the gently illuminative guitar contributions – raked chords, dripping arpeggios and candescent lead runs – are wonderfully discreet.

“Life can be short, but life can be sweet,” Rowsell sighs on the conciliatory No Hard Feelings, addressing a former partner with both warm-hearted fondness and an acerbic edge. It brings to mind Bob Dylan’s exquisite Don’t Think Twice, It’s Alright as she concludes “no hard feelings honey, and we both will take the win”. It’s an excellent closing line and underlines the development Wolf Alice have undergone between their second and third albums. One of the UK’s biggest and most inventive guitar bands continue to find new ways to grow.