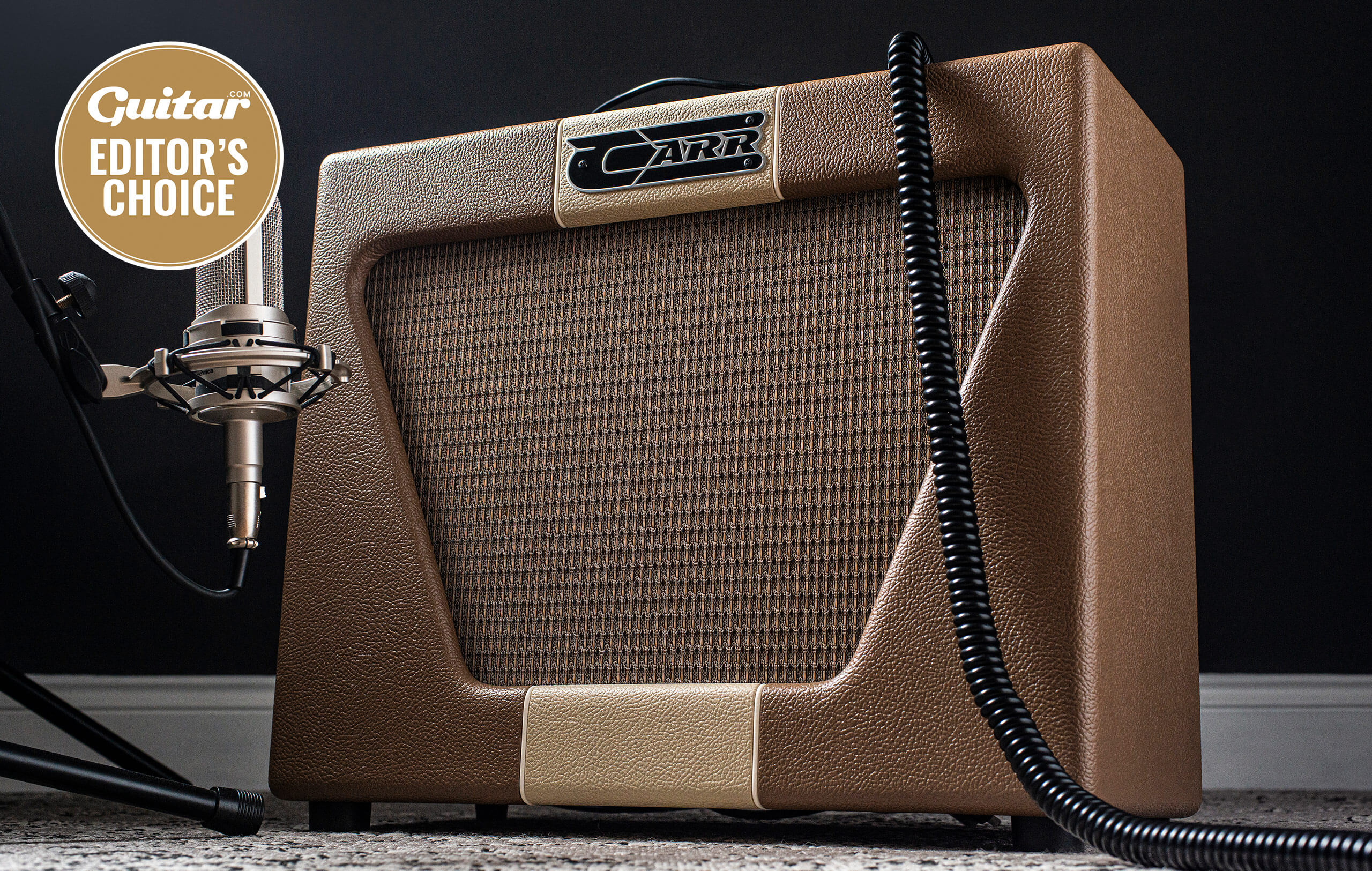 Carr Super Bee review: Is this the amp of the year so far?

Utilising some unusual valves and sporting a range of tones inspired by classic Fenders, the Super Bee packs a fearsome sting at home and stage-friendly volumes.

The Super Bee first emerged from Carr’s North Carolina workshop at the tail end of 2020 and has already created a considerable buzz. Dressed here in two-tone blonde and brown tolex, the Super Bee is designed around a cathode bias 10-watt circuit with spring reverb, EZ81/6CA4 rectification and a built-in attenuator.

Genuine point-to-point amp construction of the standard you’ll find here is pretty rare in modern amp-building but, as evidenced by other amps in the Carr range, it results in outstanding reliability and touch-sensitive tonal response. To achieve its stated aim of obtaining Super Reverb-inspired tones at the more restrained volume levels required by modern players, Carr has chosen to power the Super Bee with rather unusual 6BM8/ECL82 triode pentode valves, which feature one high-gain triode preamp tube and one pentode power tube in a single glass envelope. 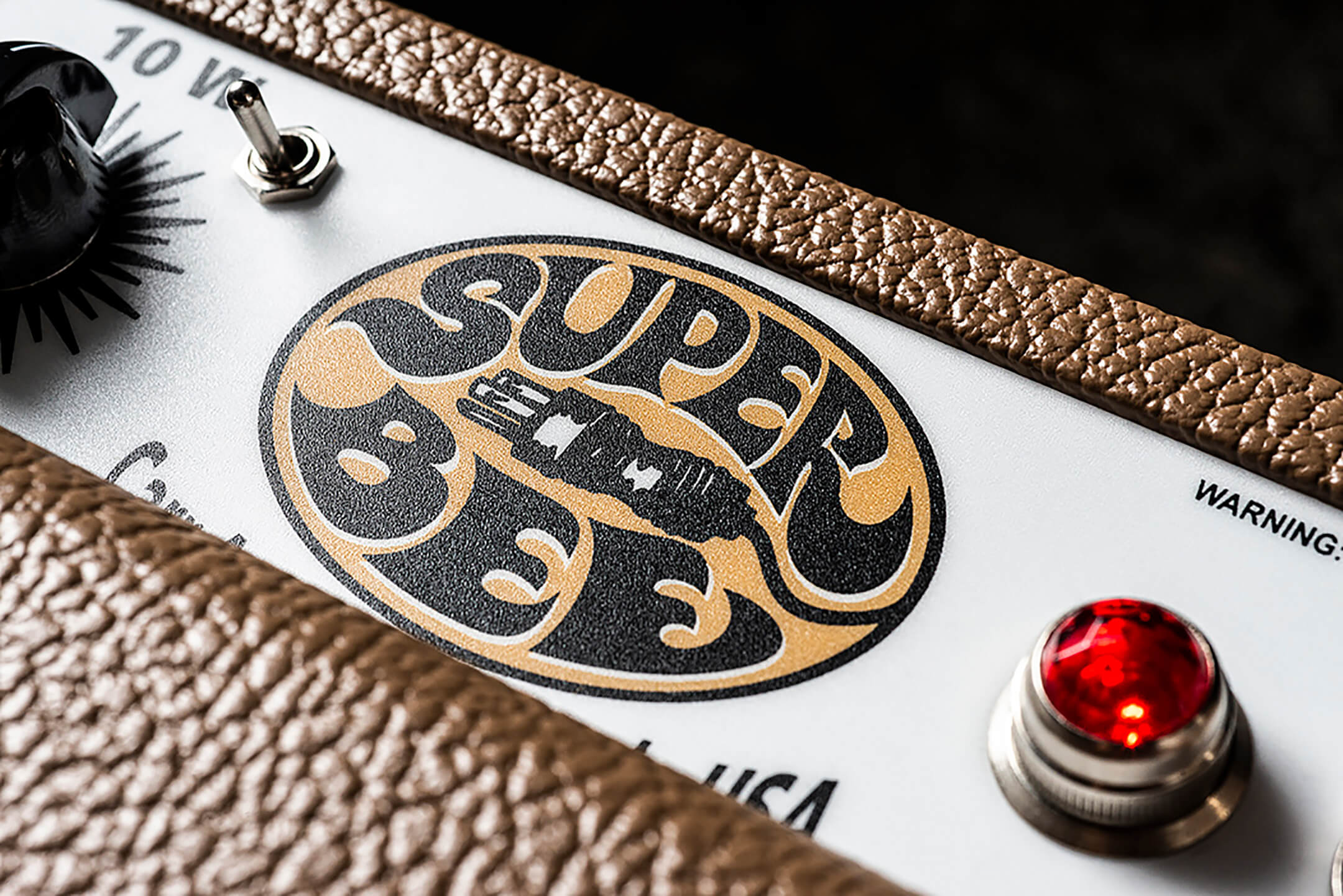 Carr states that the pair of 6BM8 valves generate an output of about nine watts clean and approximately 10 watts fully cranked. Although uncommon in guitar amplification, 6BM8 valves are still in production and, in their British denomination ECL82, feature in one of our favourite-sounding amps of all time: the rare 1960s Watkins Westminster. For comparison, understanding that the more familiar 6V6 delivers around 14 watts and an EL84 approximately 12 watts should give some pointers to the ballpark output of the 6BM8-loaded Super Bee.

With a single-channel control set inspired by Fullerton’s finest, plugging into the Super Bee provides an instantly familiar ride. The Sting control, however, is an intriguing addition. A three-way rotary switch, it promises three distinct tonal voices. 64 is inspired by a lower-gain, mid-scooped early 1960s tone, 68 is the classic black-panel medium gain Super Reverb-style clean-to-crunch and 72 is the highest gain setting, offering more drive and punch.

Grabbing our rosewood-’board Strat we begin with the Sting control on 64, with the volume set just below half and all EQs at noon. We are immediately reminded of playing a well-sorted and great-sounding old Deluxe or Princeton Reverb. Chords and single notes ring out with all the chime, touch sensitivity and dynamics you could ask for, all wrapped up in that gorgeous glassy top-end sparkle and mid-scooped tonality that recalls a thousand hit records from the 1960s.

Despite their reputation for crystalline cleanliness, vintage Fenders of the black-panel era are capable of some beautiful overdrive tones and sure enough, upping the Super Bee’s volume drives the amp into a sweet natural breakup – even with a Strat. Switching to an ES-335 brings on the breakup even earlier and unlocks some glorious blues tones from BB King to Mike Bloomfield.

We drag out our old workhorse 1964 Fender Deluxe Reverb for comparison, and side-by-side we are remarkably impressed by the Super Bee’s ability to capture the tone and feel of the vintage amp. Indeed, we’d have no qualms with using the Carr at a recording session in place of the vintage amp, it really is that good.

Much like the black-panel Fenders on whose lauded shoulders the Super Bee clearly stands, the Carr positively devours overdrive pedals, and a mid-rich Tube Screamer is simply a match made in heaven. Fuzzes, meanwhile, have plenty of punch and delays and modulations swirl with beautiful three-dimensional abandon.

The generous solid pine cabinet and 12-inch Carr Valiant speaker combining to negate any hint of midrange boxiness, instead imparting the quick punchy attack and taut low-end response beloved of the owners of larger vintage Fender amps. And the onboard reverb is every bit the drippy Fender-inspired ambience you’d expect only with far less background noise than our vintage unit.

Switching to the 68 mode on the Sting control sees the Super Bee morph into something bigger, bolder and more aggressive. It’s this mode in particular that really nails the cranked vintage Super Reverb vibe, lending a stinging attack to riffs and single notes with a tight and punchy low end. Upping the midrange offers creamy touch-sensitive overdrive that reacts remarkably well to playing dynamics, all without the eye-watering volume and back-breaking weight associated with an original 4×10 Super Reverb combo. Show it a Strat and a ‘Screamer and you are in Texas blues heaven. 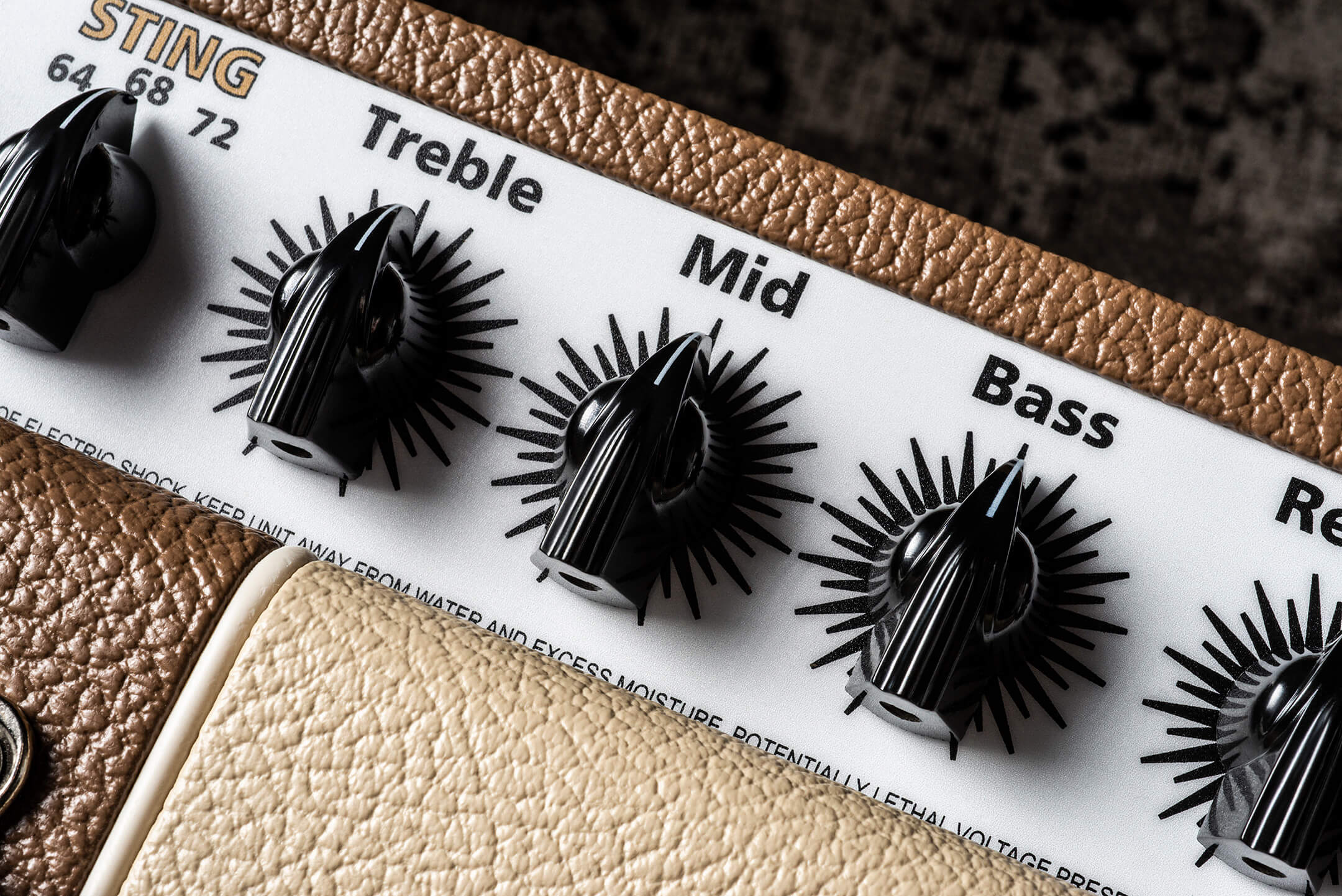 Switching to the 72 mode increases the drive and punch even further, and the accompanying midrange push seems to give proceedings a looser low-end feel that edges more towards loud brown-era and even tweed tones. Rich vibrant cleans blend easily into beautiful harmonic drive and sustain for days with our Les Paul. You might expect an amp design that namechecks the Super Reverb as an influence to deliver wonderful clean tones but the sheer quality of the girthsome overdrive the Super Bee produces is an unexpected treat.

It’s at this juncture that the onboard attenuator deserves special mention. It allows access to a truly remarkable range of clean and overdriven tones at reasonable volume levels and means the Super Bee can deliver everything from a powerful 10 watts to almost whisper-quiet late-night volume levels, making it just about the perfect home and studio companion. We were even able to jam along with an iPad backing track, reminding us exactly how inspiring we find real valve overdrive in a practice setting compared to even the best digital approximations thereof. Unmic’ed and in full-power mode, the Super Bee should keep up with sensible drummer. But it will excel when accompanying singers and acoustic instruments and, if you do mic it, it can tackle any gig with ease.

Alongside the tonal range of a drool-worthy vintage Fender amp collection, the Super Bee has uncompromising build quality, exquisite styling and big-amp feel at real-world volumes. It’s very close to being one amplifier to rule them all, and only the addition of a vintage-style tremolo circuit and footswitchable Sting modes would sweeten the deal. In every other respect, this is vintage-informed amp-making at its finest. 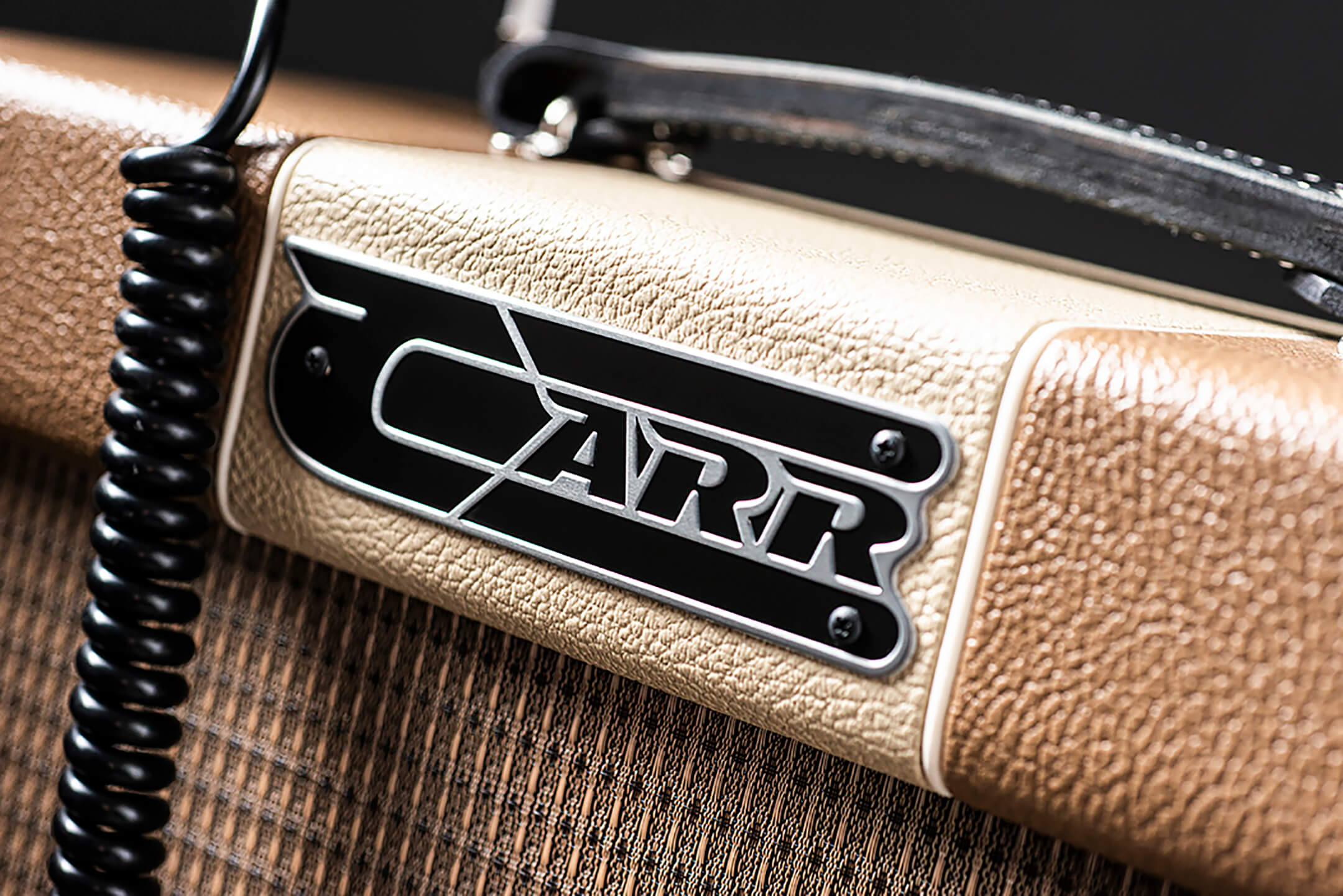