Fender’s smallest ever amplifier packs 12 amps and effects into a bijou package in an attempt to be the ultimate low-key amp. 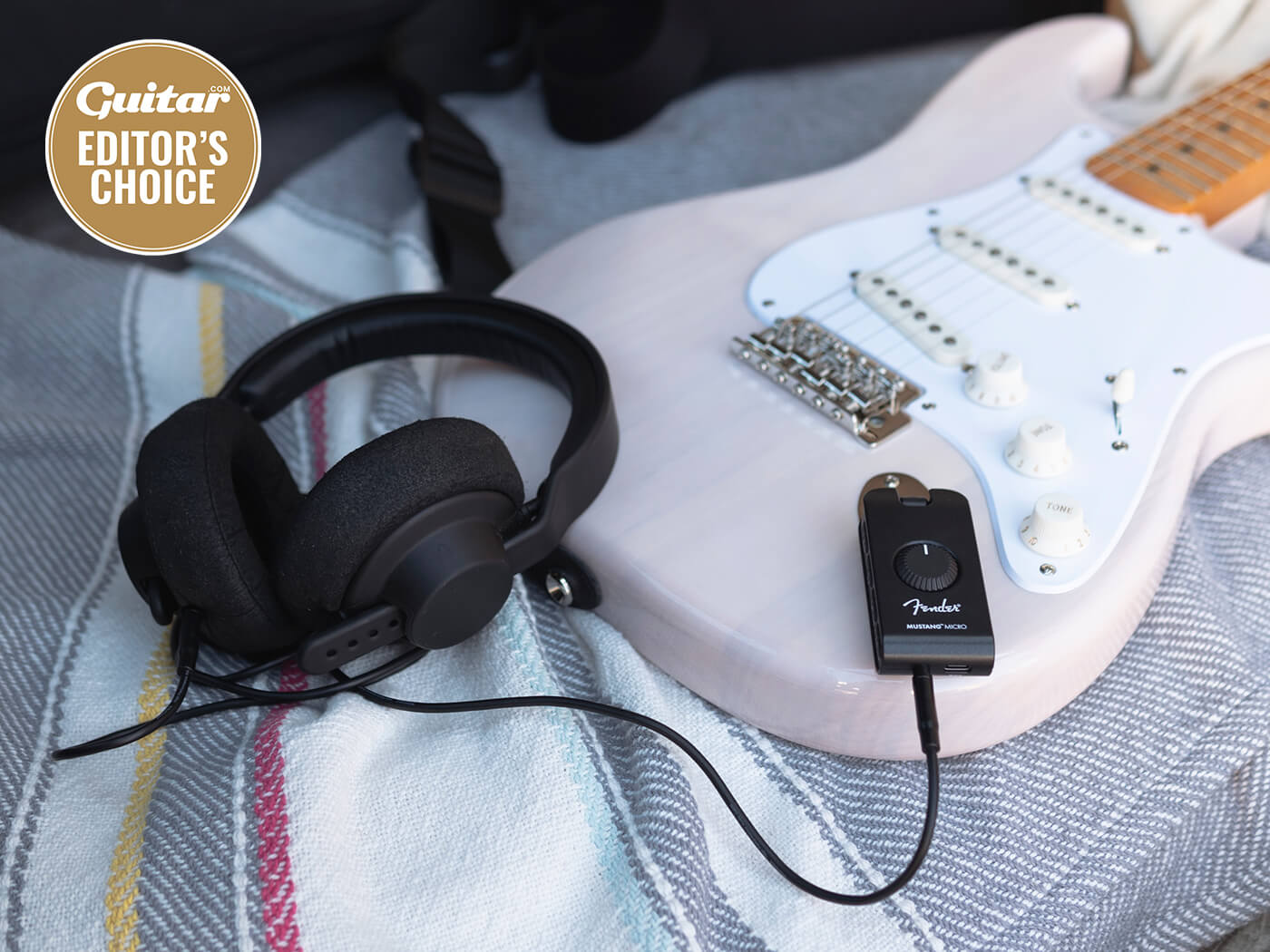 Compact, great-sounding and easy to use, the Mustang Micro might be the perfect no-fuss home practice tool.

Fender’s Mustang Micro is the guitar giant’s answer to a pressing question in this modern age of everything all at once – how much choice is just enough? Digital modelling has made traditional practice amps seem needlessly limiting, but the option-paralysis of modellers can leave you scrolling through presets endlessly when you should be playing.

Enter then, the Mustang Micro: Fender’s attempt to find a Goldilocks zone between these two extremes, and the magic number appears to be 12. 12 classic amp sounds and 12 adjustable effects presets, with the ability to mix and match amps and effects at your leisure. It’s an impressive package for something that’s smaller than a pack of cards, even more so when you include Bluetooth music streaming, and the ability to record directly to your DAW via USB C, all for under a hundred quid. 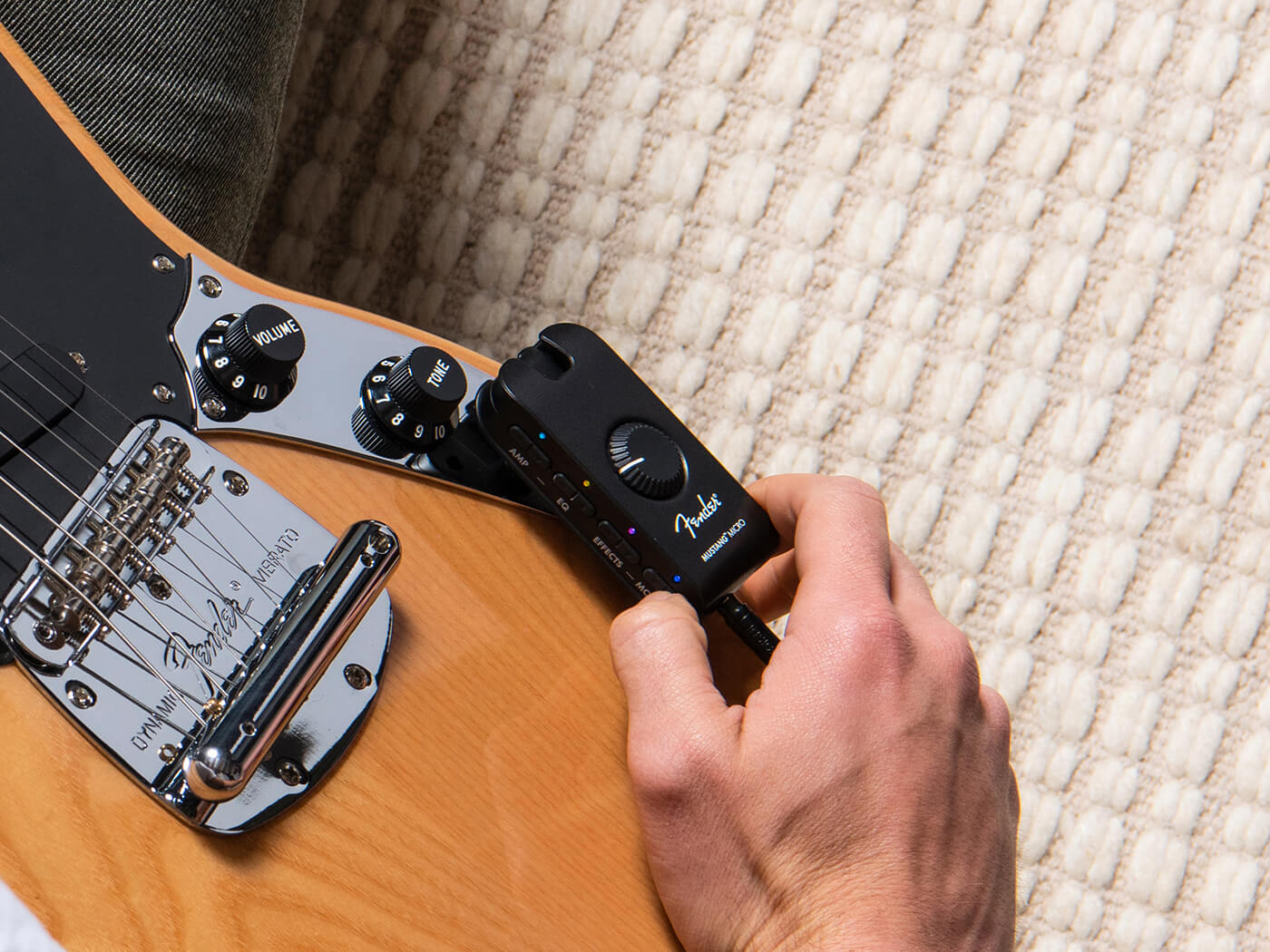 Simplicity and utility are the order of the day with the Mustang Micro. Its matte black design is a little bland but the build feels both sturdy and lightweight, and thanks to the adjustable jack socket, it plugs in easily to every electric guitar we have to hand. Plugging in a set of wired 3.5mm headphones (no Bluetooth ’phones due to latency, sadly) and switching the unit on, we’re instantly greeted with the familiar sound of a ’65 Twin Reverb paired with tasteful hall reverb, and with a twist of the big master volume knob up top, we’re rolling.

Selecting your sound is the job of four sets of +/- buttons on the unit’s near side, each with a corresponding multi-coloured LED. Amp does what it says on the tin, EQ offers five different presets, effects is similarly self-explanatory, while modify enables you to select from five different effects parameters, or switch the effect off entirely. If that all seems a bit confusing, fret not – the Micro comes with a handy credit card-sized reference sheet for the amps and effects and their corresponding LED colours, and before long you’ll instinctively be pairing the red amp (a ’65 Deluxe Reverb) with the cyan effect (a very fun stereo delay modelled on the iconic TC 2290) without worrying too much about the details. 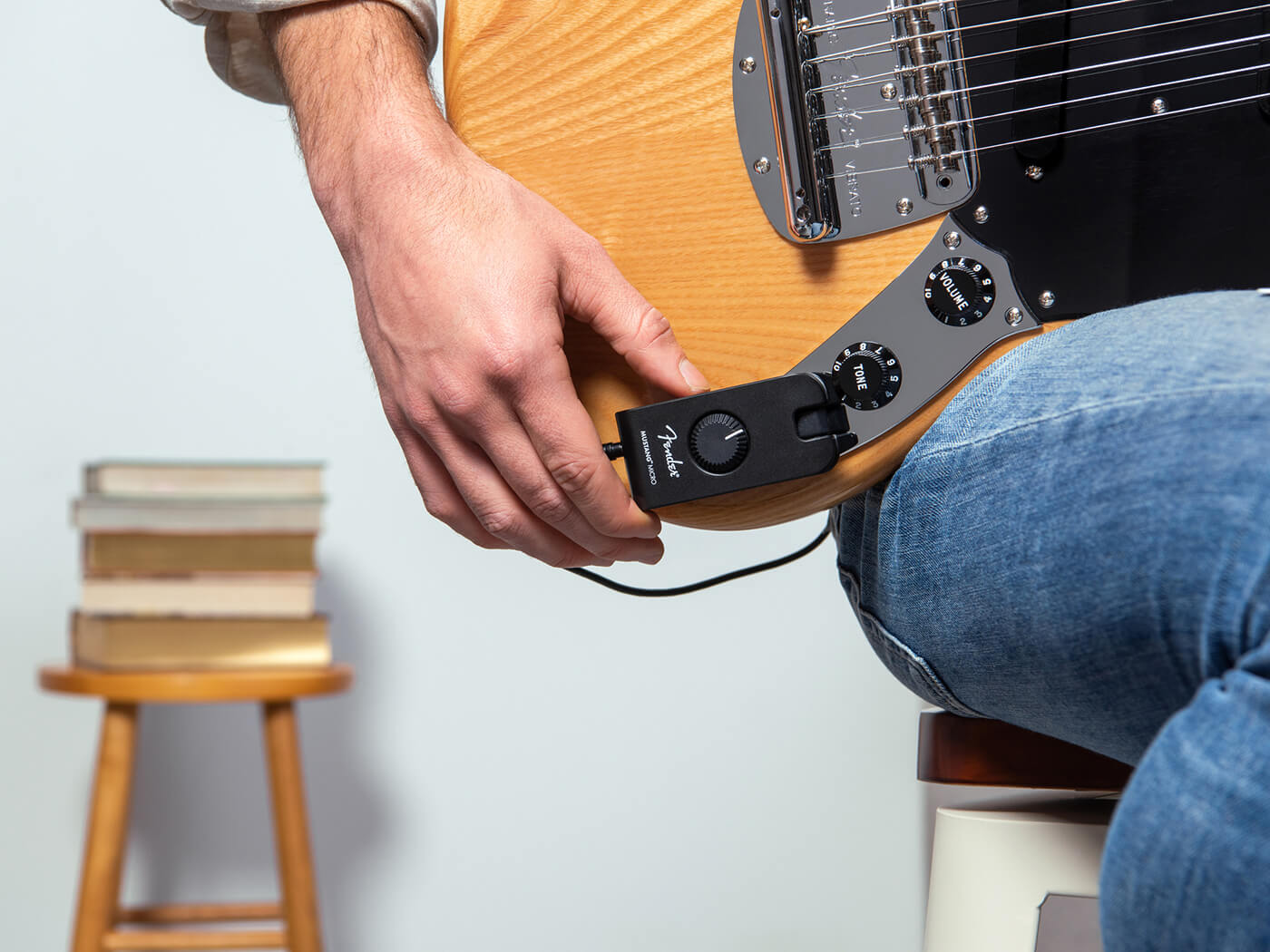 All the amps and effects are borrowed from the Micro’s Mustang GTX big brother – effects comprise combinations of delays, reverbs and modulations, while amps run the gamut from classic Vox and Marshall to modern Mesa, EVH and Bogner-inspired models, with a healthy smattering of bona fide Fender emulations thrown in. There’s also an uncoloured direct-to-desk sound that’s ideal for bass and acoustic, or for recording into an amp modeller.

You may have noticed we haven’t mentioned drive – that’s because the models cover bases from clean to high-gain but there’s no way to tweak the level of drive within each preset. It’s a little frustrating if you’re used to more tweakability, but that’s not really the point here – the stated aim is to get you playing along to your favourite songs or backing tracks with minimal fuss and good sound, and in that regard, it succeeds with aplomb. The sounds might be limited, but they’re all hugely impressive for a unit this size. Bluetooth pairing is also a doddle, and the built-in audio/video sync means that latency won’t be an issue if you’re playing along to lessons.

As a no-fuss home practice tool, beginner amp, travel rig, or even an emergency pedalboard amp, there’s no reason why all of us shouldn’t have one of these stowed away in our gigbags. 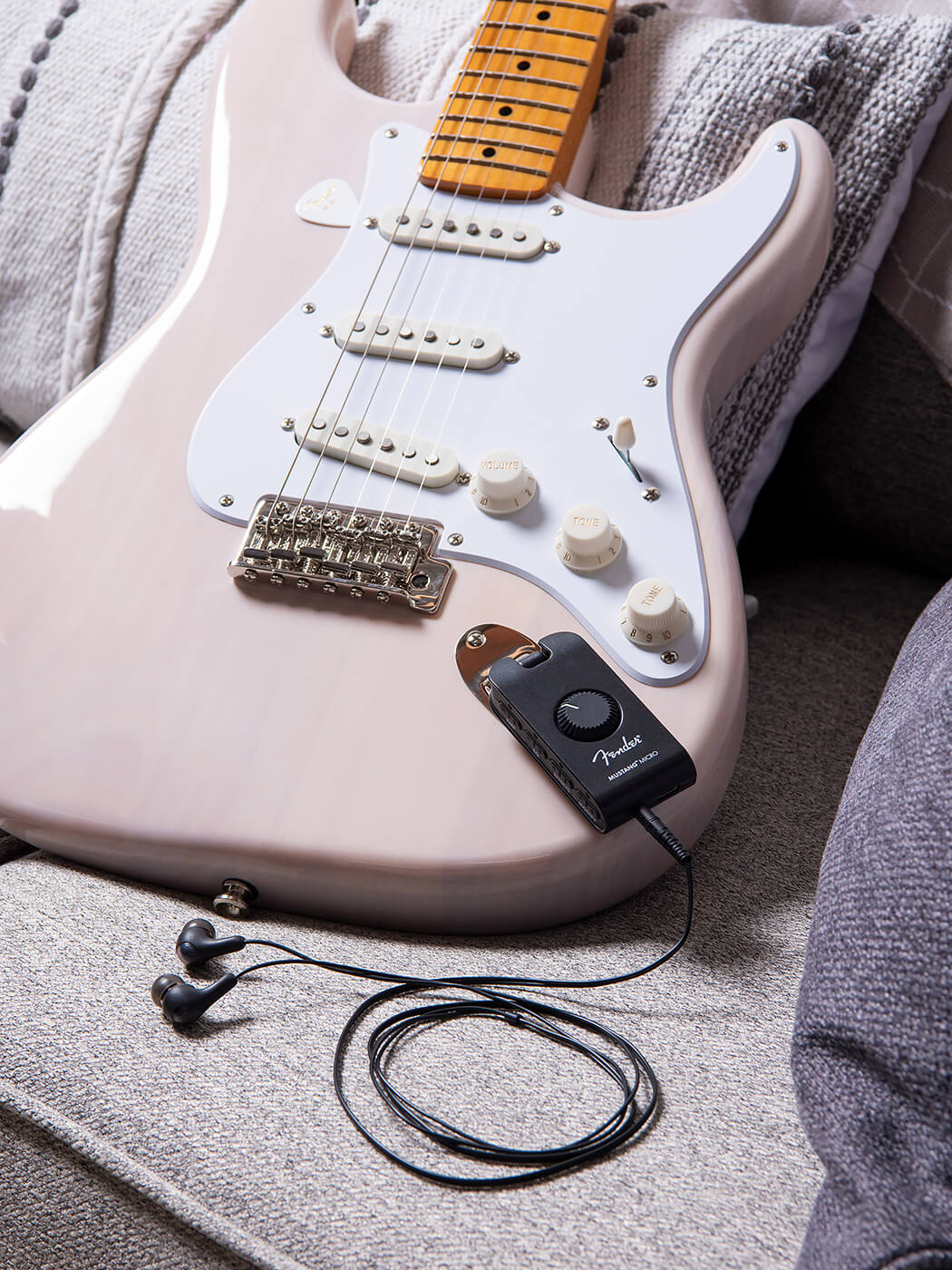