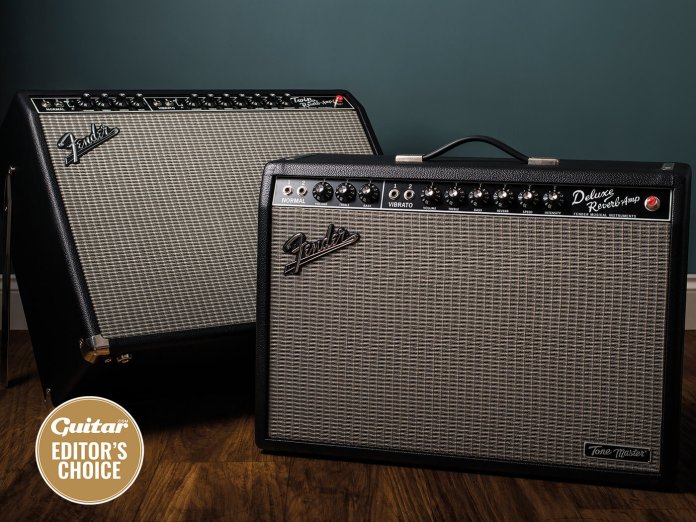 The Deluxe has been a staple of the Fender amplifier line in various guises since its humble ‘Woody’ origins on the workbench of Leo Fender and Doc Kauffman in the 1940s. The Twin followed soon after, with both models subsequently appearing in tweed, brown, blonde, black and silver livery and becoming two of the most prominent and iconic amplifiers in popular music history.

The iconic 5E3 and later ZZ Top-approved brown 6G3 Deluxe have loyal followings, while the tweed Twin is the stage amp of choice for Keith Richards and Joe Bonamassa. But ask most guitarists to describe the generic tone of a Fender Twin or Deluxe and the chances are it’s the tone of the classic 1960s Blackface model they’ll be talking about.

And if it’s those tones you’re looking for, vintage enthusiasts are well catered for by the current Fender catalogue. But what if there was a way to get the classic Deluxe Reverb and Twin Reverb experience without the associated weight and volume, at a more affordable price point? According to Fender, that’s where the new Tone Master amps come in. 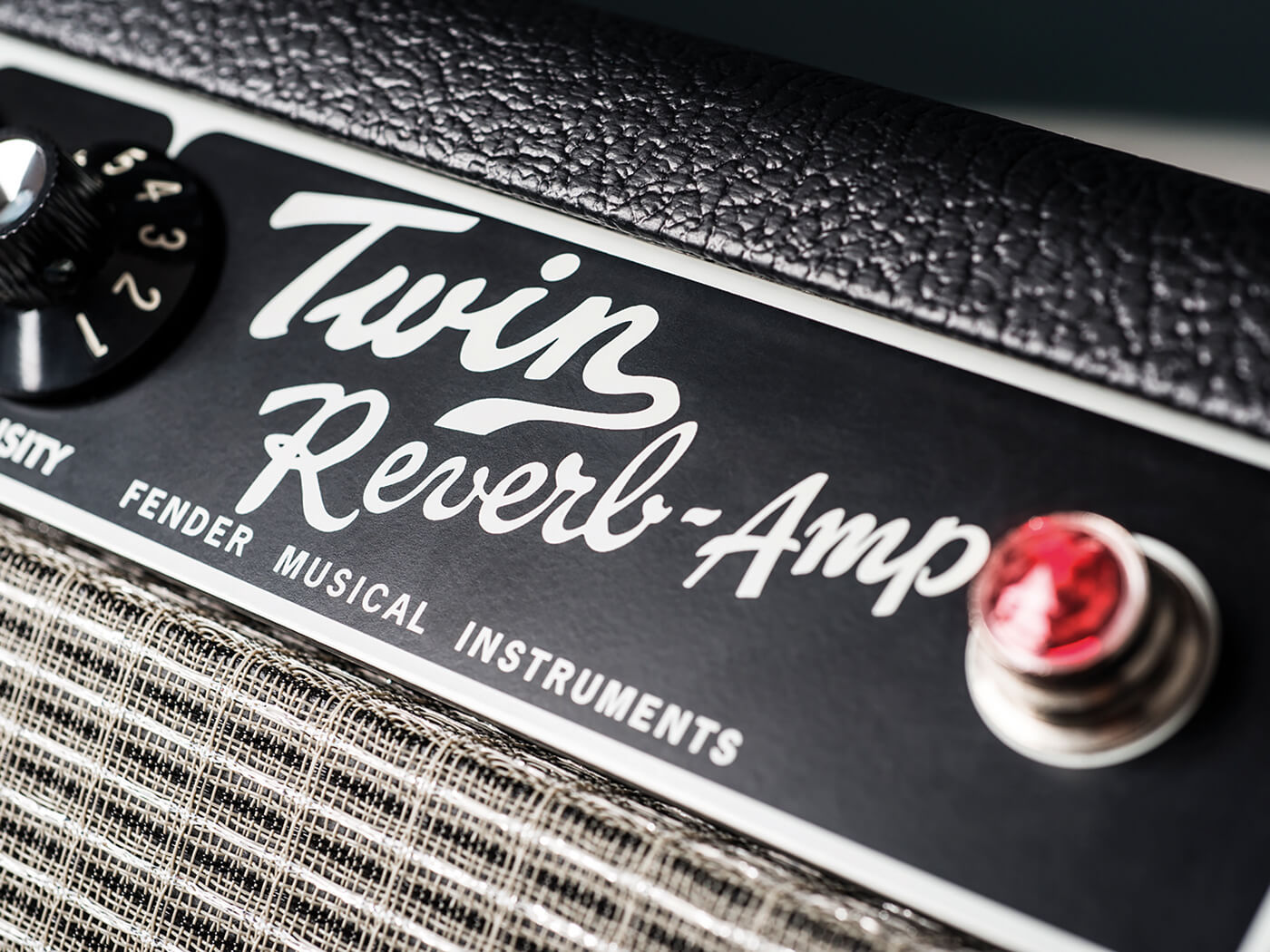 Not to be confused with the Bruce Zinky-designed 100-watt Custom Shop head of the same name from the 1990s, 2019’s Tone Masters couple the latest digital processing with hefty solid-state power sections in lightweight and resonant pine cabinets that house neodymium Jensen N-12K speakers. And if you’ve been put off in the past by digital amps resembling C-3P0’s toolbox, you’ll be pleased to see there’s not a multifunction rotary control or sub-menu push button in sight.

Instead, despite the Tone Masters’ modern digital brains, Fender has produced a modern Deluxe Reverb and Twin Reverb that look almost exactly like their vintage counterparts, with Blackface control panels sporting the historically correct dual-channel configurations. Each channel has two inputs, with the simple volume, bass and treble of the Deluxe Reverb’s channels augmented by bright switches and middle controls on the Twin.

Both amplifiers have a single control for reverb, along with speed and intensity for tremolo. So far so familiar, then – in fact if you have difficulty working these control panels out then it really might be time to pick up those drumsticks.

The refined approach continues around the back and, although this is where some of the modern tech starts to make its presence felt, it’s all very straightforward. Both rear panels feature a six-position output power switch which delivers stepped attenuation from stage down to bedroom levels. There’s also a balanced XLR direct out with a level control and a three-position cabinet simulation switch, which offers two preset impulse response profiles that model dynamic and ribbon mic’d cabinets in addition to a flat, uncoloured signal with no cabinet emulation.

Interestingly, despite the maximum power setting on the back panels of both amplifiers being labelled as a vintage-correct 22 and 85-watts respectively, in order to simulate the punch of a valve power-amp, the Tone Master Deluxe Reverb delivers 100-watts into eight ohms and the Twin Reverb 200-watts into four ohms.

Over the years, vintage Deluxe Reverbs have attained near mythical status as the perfect portable club/recording amp, punching well above their size. We put the Tone Master up against a well-sorted original 1965 model and plug in with an old Strat and Les Paul – it’s instantly clear the modern amplifier does a mighty fine job of recreating much of what’s so great about the original. The similarity is striking and there’s no fussing with buttons and menus or saving presets – just pure Fender amp tone.

Where the vintage tube amp perhaps has a touch more top-end sparkle and harmonic richness in those elusive break-up tones, the Tone Master has the edge in providing a consistent and a far more coherent tone across the complete range of volume levels. While enjoying sweet syrupy cleans with plenty of snap and pop on low strings and a sprinkling of reverb and tremolo, we soon forget there’s not a single thermionic valve in the signal path. And if we’re honest, the differences between the digital Tone Master Deluxe Reverb and its all-tube forefather are no greater than the differences we’ve heard between vintage Deluxe Reverb amps equipped with different valves or speakers. It really is that good!

The reverb itself is stunning, enveloping notes in a beautiful halo of ambience and trailing away with a completely natural decay. The algorithm replicates all the bounce and ‘boing’ of the original’s revered analogue circuit, in fact pretty much all it won’t do is make a loud crash when you accidentally kick the side of your amp! Likewise, the Tone Master’s ‘vibrato’ delivers all the classic volume wobble you could ask for, and it’s in fact ever so slightly clearer and more prominent than the valve-driven tremolo in our reference vintage Deluxe Reverb. 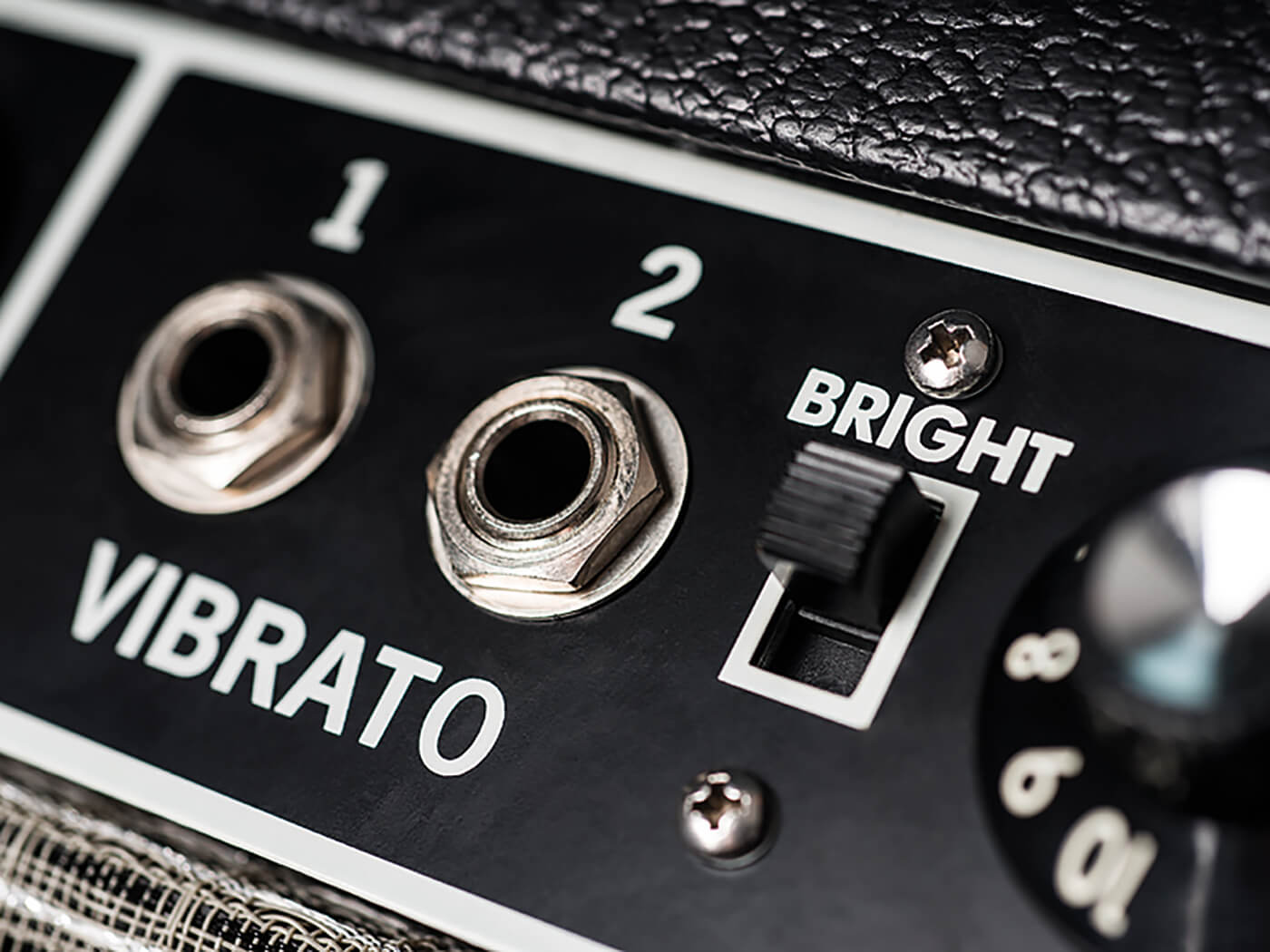 As we wind up the wick, sweet sparkly cleans morph into dynamic bluesy overdrive at manageable volume, and it’s forceful enough to give you a fighting chance with all but the most heavy-handed of rhythm sections. To compete with those guys you need a Twin…

The beauty of using the output-power reduction switch means that it’s a joyous experience to wail away at neighbour-friendly volumes, easily copping Bloomfield, Albert King and Peter Green tones ordinarily only attainable at a volume level so visceral it would strip the paint from the walls of the house down the street. In addition, both Tone Masters respond well to drive and fuzz pedals, with a pleasing absence of harsh overtones or digital artefacts.

When you factor in the well-voiced IR outputs, these amplifiers do away with the need to buy an expensive outboard attenuator/IR sim box for recording or going direct to desk live – thus increasing the bang-for-buck factor significantly. That said, we wonder if Fender has missed a trick by not providing a dedicated headphone out for silent practice. In addition, we’d like to have seen an extension speaker output for those who want to incorporate the Tone Masters into more complex setups.

All preconceptions aside, both amplifiers sound exactly as you would hope and deliver Blackface Fender tone by the bucketload. Which one to buy? That’s not so simple. In the past, you might have opted for a Deluxe rather than a Twin because of its lighter weight and lower volume, but given the Tone Master Twin Reverb’s manageable weight and variable power settings, the decision is less cut and dried.

For many players, the increased sonic spread of a 2×12 and the expanded EQ will justify the relatively small step up in price from the Deluxe. And for guitarists who create their tones from large pedalboards laden with widescreen ambience and modulation effects, the Twin really could be the perfect pedal platform.

Whichever you choose, aided by the reassuringly familiar control layout and aesthetics, the Tone Masters offer one of the closest – if not the closest – digital emulation of the vintage valve-amp experience this reviewer has tried so far, with very little of the sense of detachment that sometimes makes rival products feel like playing a studio recording of an amplifier rather than the amplifier itself. There’s a lot to like about these Tone Masters indeed – here’s hoping more Tone Master recreations of classic Fender amps are on the way.