Fender has set out to raise its digital modelling game with this 100-watt evolution of the Mustang amp line – but does it have the tone to match its impressive line-up of emulations? 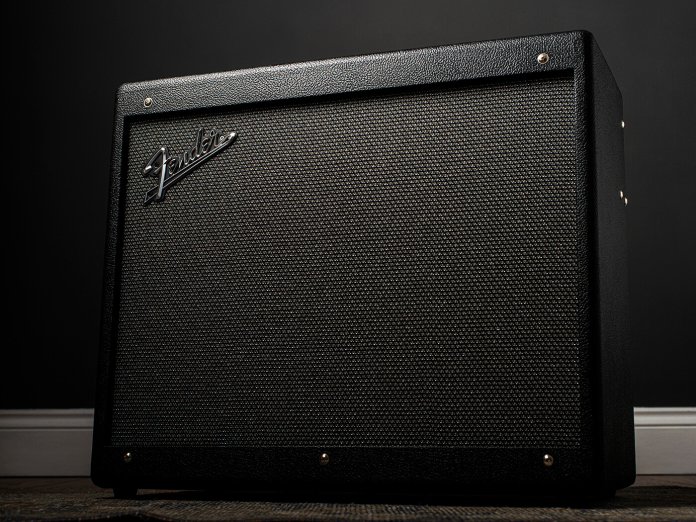 There’s an arms race going on in the world of digital modelling combos, and the Mustang GTX100 is Fender’s latest long-range weapon: a 100-watter with more amps and effects to choose from than ever, and a new custom-designed 12-inch Celestion speaker.

Fender has been making its Mustang range of digital amps for 10 years now. This is a product category that’s always been wildly divisive but there’s no denying the technology is improving all the time, and the selection of models on offer here – 39 amps, 33 cabs, over 70 effects, almost 200 factory presets – makes for an appetising proposition.

That’s especially true when you consider that the GTX-7 foot controller is included in the price (which is not the case if you go for the 50-watt version). Mind you, who needs footswitches? The free Fender Tone app lets you connect an iOS or Android device to the amp over Bluetooth for preset-hopping and more in-depth editing of sounds. 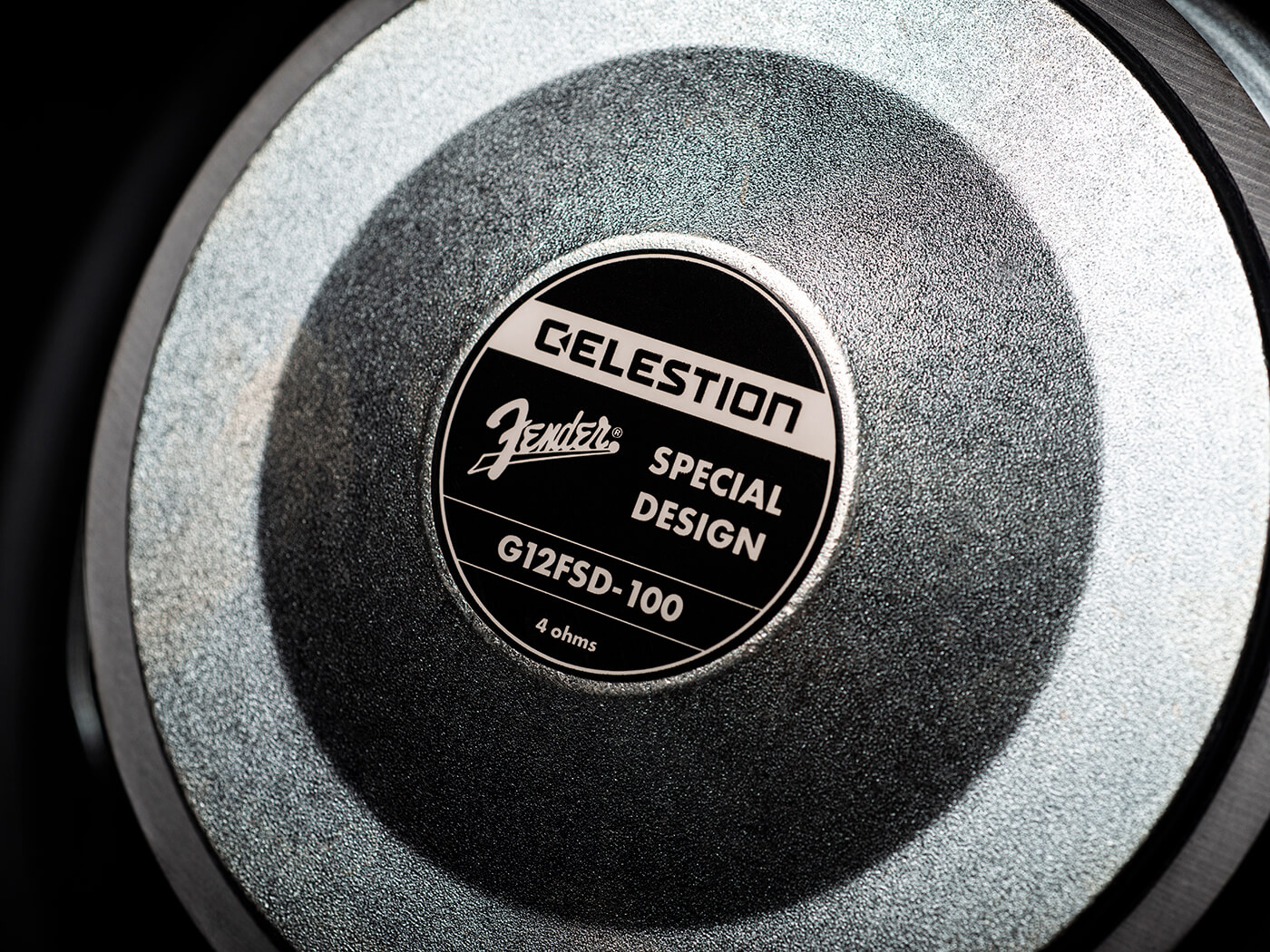 Don’t worry, there is a control panel on the amplifier itself, and it includes a full-colour LCD screen for access to all the GTX100’s features with no accessories required. We can’t see ourselves spending much time here, though. Push-button navigation is a faff – and with the amp sitting on an angled stand, peering over to look at the recessed panel can be an awkward stretch.

Anyway, what are those features? Well, beyond the aforementioned cornucopia of preset sounds, there’s a 60-second looper (you really will want to use the footswitch for that), an in-built tuner, wifi for downloading new sounds directly into the amp, and a ‘setlist’ option for organising presets in themed groups.

There are effects loop and XLR line-out sockets on the back, which can be used in mono or stereo, plus a microUSB output for direct recording. You might be wondering why a one-speaker combo has stereo outputs, but some of the onboard delays and reverbs can work in stereo (as long as you add them to the ‘post’ section of your virtual rig) and you’ll hear that through the stereo outs as well as the headphone port. It’s just a pity there’s no external cab output for room-filling stereo self-indulgence. 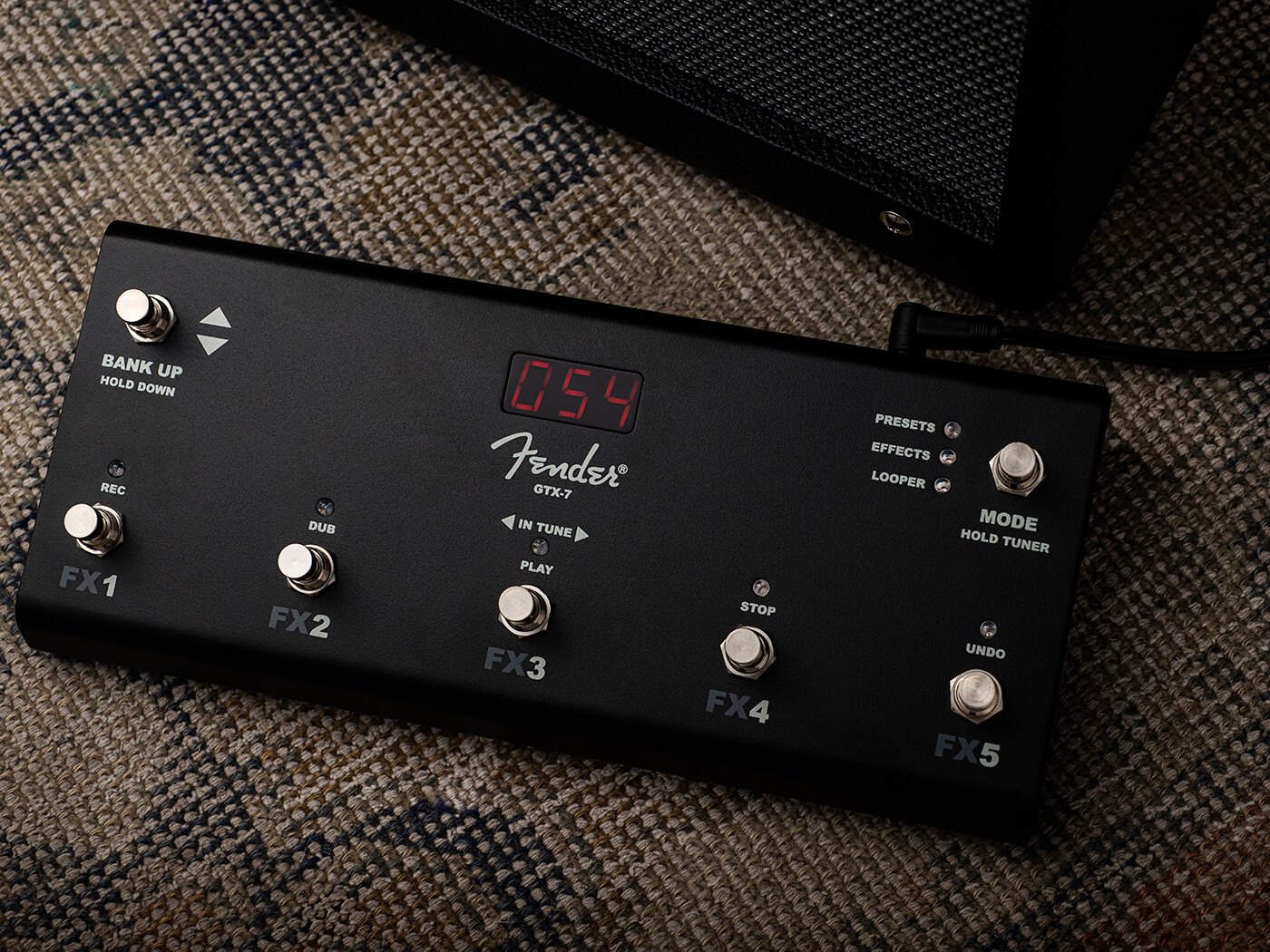 The amp is made in China and is light enough to be a practical option for the scrawniest teenager. That’s not to say it doesn’t feel solid, though, and the inclusion of Velcro straps in the bottom for securing the footswitch in transit is a neat touch.

The Fender Twin Reverb of the mid-1960s is an all-purpose amp that sounds fantastic in its own right and loves pedals, so it’s no surprise that it’s been chosen as the platform for preset number one. Obviously a compact 1×12 combo is never going to imitate a 2×12 tube behemoth with supreme accuracy, but our starting tone is a solid black-panel sound with bags of power and impressive clarity… at least, it is once we’ve switched off the crude one-knob compressor and over-eager reverb.

For slight tweaks to EQ and gain, you are probably better off with the real-life knobs on the top of the amp than anything virtual, but it’s simple enough to shake things up with the app. There’s a hugely diverse range of sounds available, and it’s easy to mix and match amps and cabs. 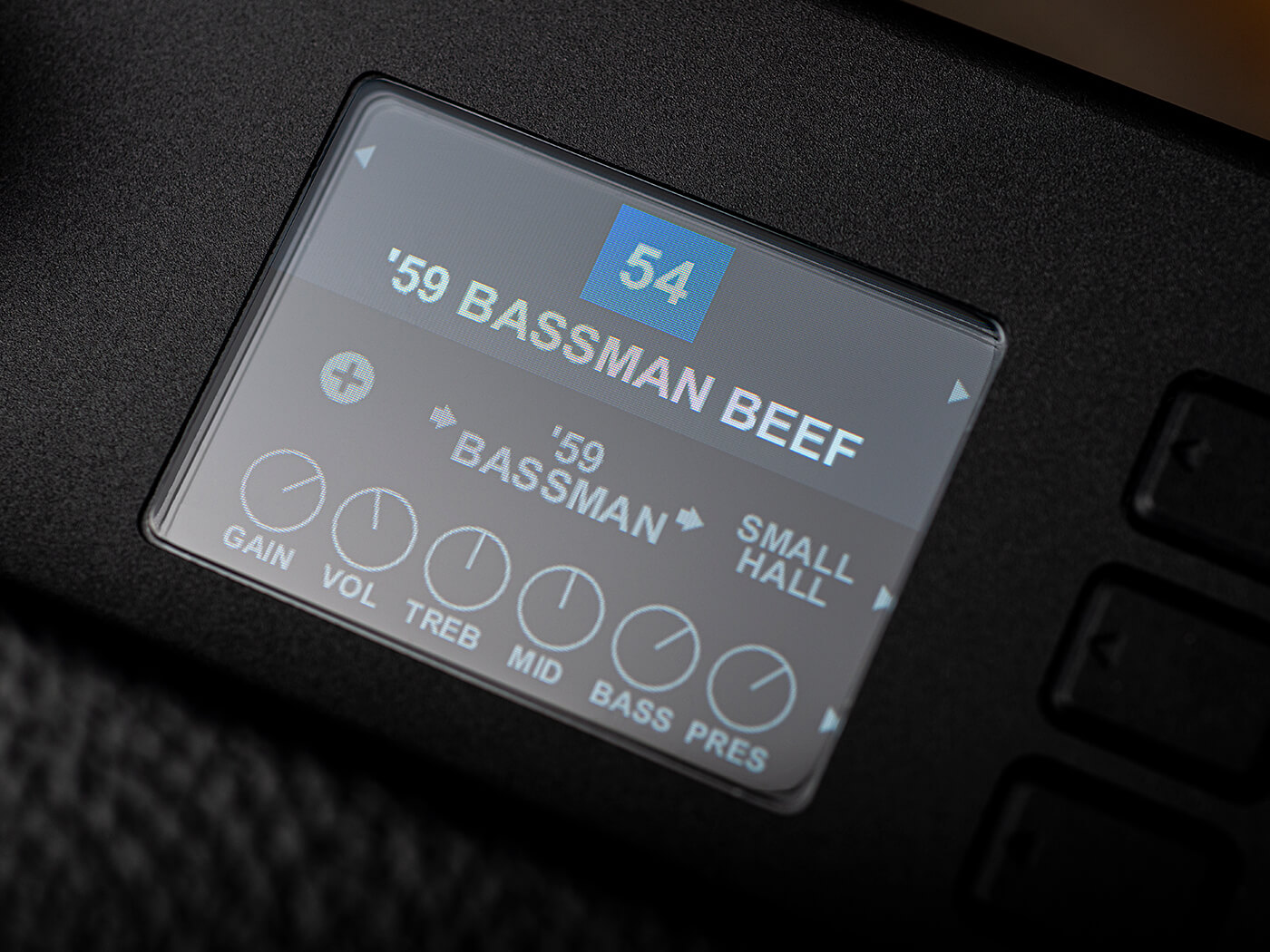 The first 40-odd factory presets are mostly quite effects-laden, which makes for a handy introduction to the breadth of the GTX100’s talents but might leave you pining to hear something simple and dry. Luckily, there’s an ‘FX’ button that bypasses them all with one press; even more luckily, things get less showy further down the list.

After a run of 13 effects-free Fender tones covering the brand’s uniquely diverse history, we go through assorted classics and non-classics from both sides of the pond, then a small metal selection, then a number of single-pedal settings all using that Twin Reverb as their base. After that it gets a tad chaotic – so working your way through the 189 presets (you can edit or save over any you don’t like, and there are a further 11 empty slots) is a bit of a magical mystery tour. And of course, with direct updates via wifi there could be more than that available by the time you read this.

That custom Celestion driver has almost certainly been voiced with Fender tones as a priority, but even so, there are plenty of Marshall, Orange, Hiwatt and even Friedman emulations for fans of British rock tones to scroll through. They all sound properly meaty, with or without added drive from the classy and comprehensive pedal section. 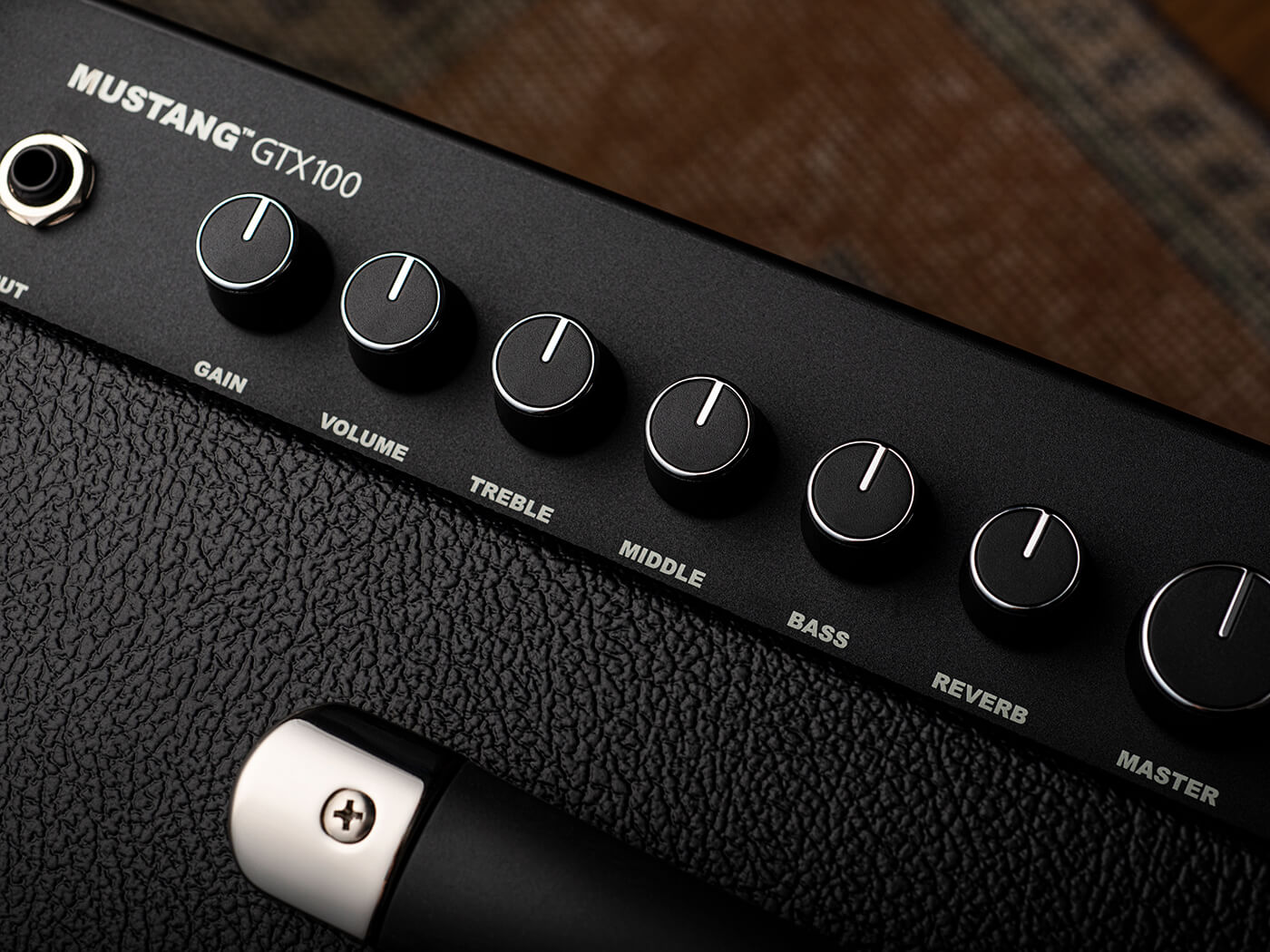 And what about the Vox AC30, whose chiming voice always seems to be such a challenge to replicate? This version never feels quite like the real thing, and the digital amplifier war against scratchiness at mid-gain settings is apparently still not completely won, but it’s not far off.

Fender’s user interface may be flexible but it isn’t always the most intuitive. It’s a shame you can’t take a fully modular approach and scroll through different amp models with the same effects; and while the idea of storing setlists is sound, you can’t use the footswitch to run through a set unless you’ve saved it in sequential slots, which possibly defeats the object.

The footswitch is a decent bit of kit, though. You can use it to jump between presets in banks of five, turn individual effects on and off, or control the looper. Holding down its mode switch engages the tuner, which is basic but user-friendly. 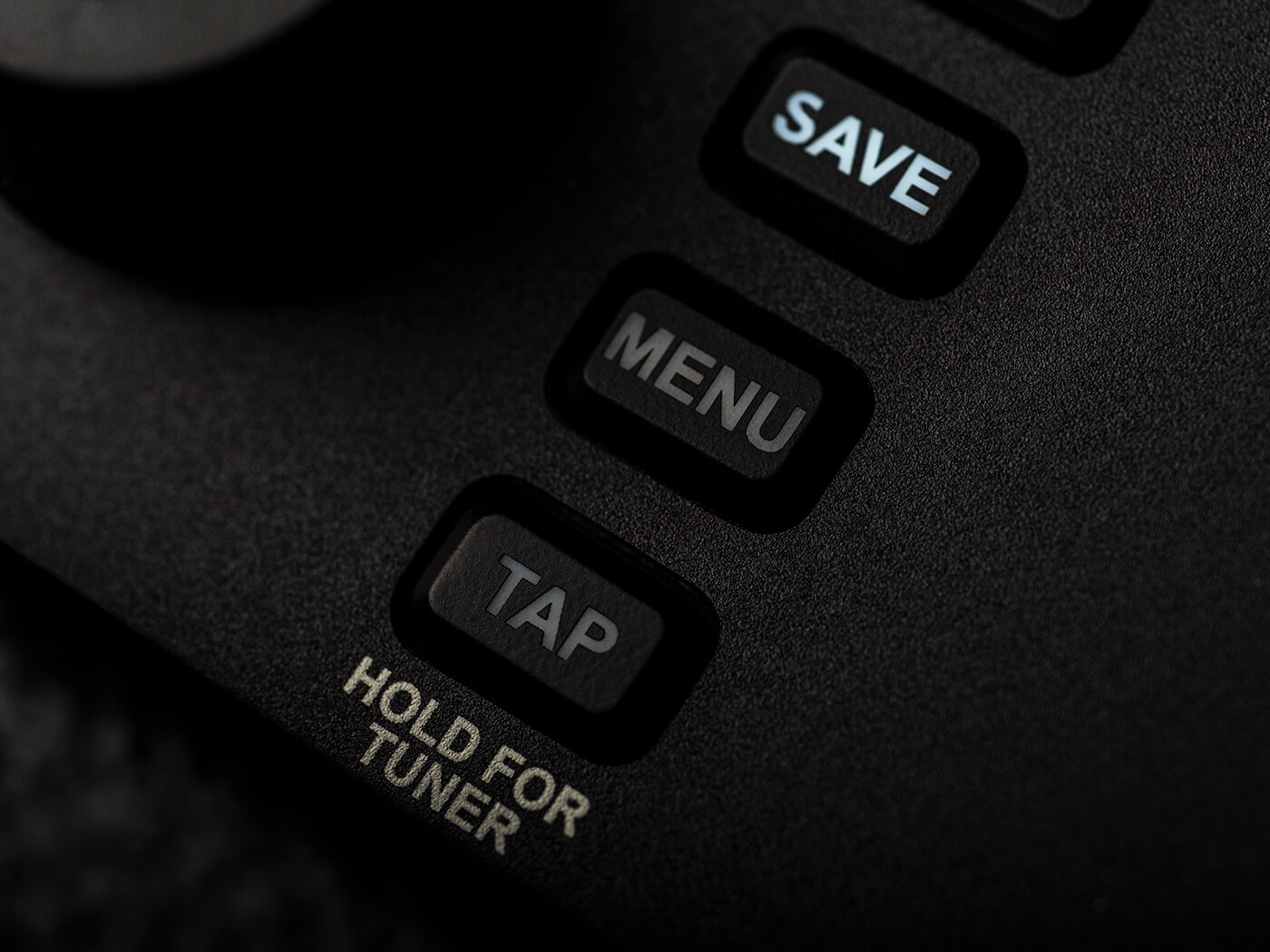 Finally, a word on the headphone and line outputs, which are excellent – in some cases more convincing than the speaker – making this amp just as well suited to late-night shredding and DI recording as it is to the temporarily lost art of playing live.

The inclusion of an aux input, as well as the ability to stream audio from your phone over Bluetooth, means it’s also ideal for silent jam-alongs with records and online tuition. It seems odd to say this about something capable of blasting out 100 watts, but the Mustang GTX100 really is a fine little bedroom amp. 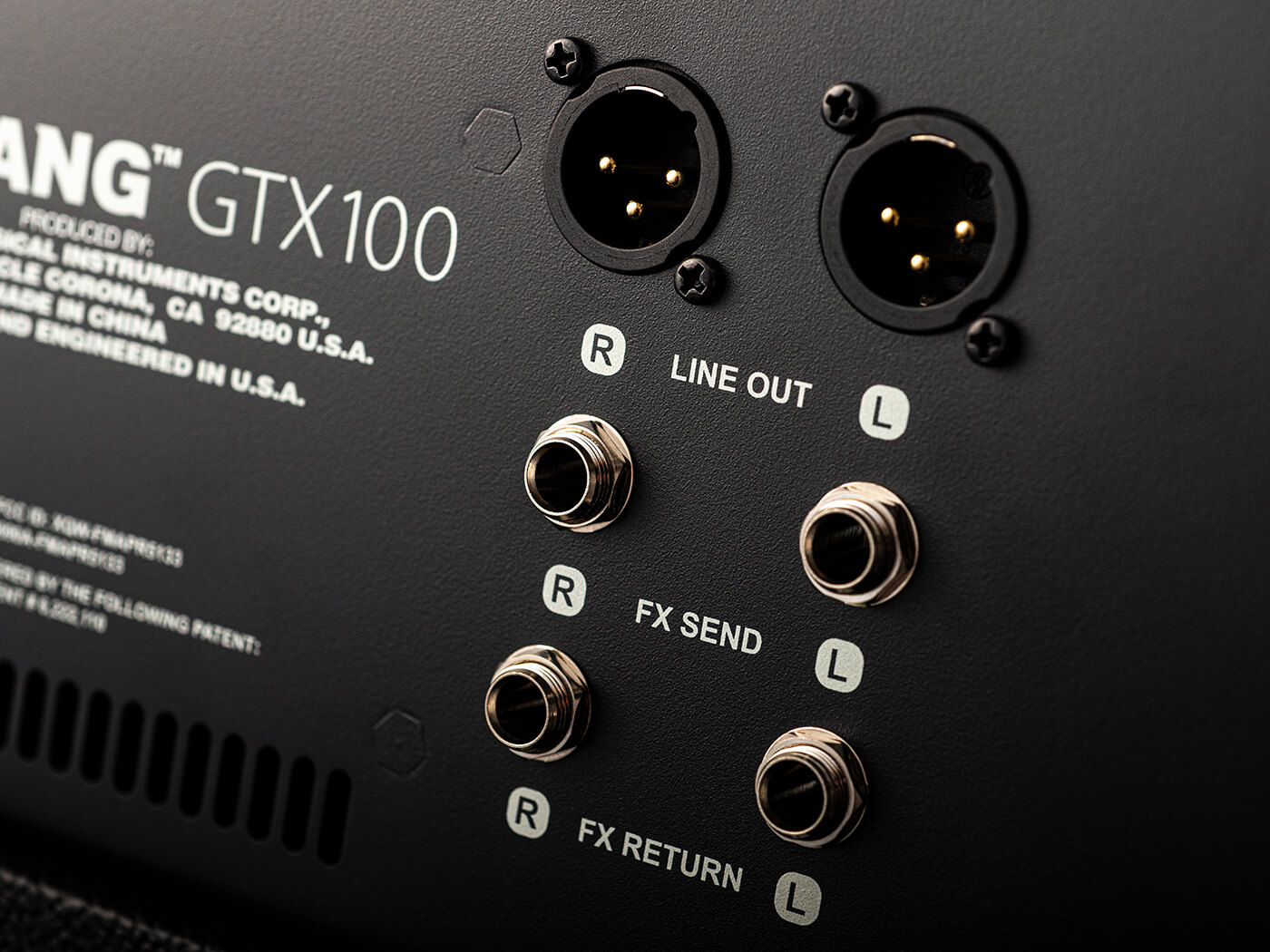