IK Multimedia moves its AmpliTube app into the micro-amp arena with its target set on the Fly. Can it create a similar buzz? 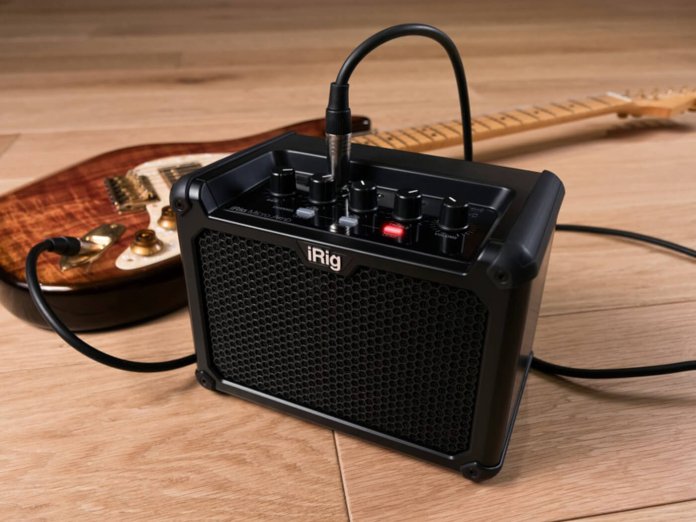 Nearly 20 years ago, IK Multimedia’s entry to the guitar world came via AmpliTube, amp-modelling software which brought credible electric (and latterly acoustic) guitar sounds within reach of home-recording guitarists. AmpliTube is now available across a variety of platforms as an app for phone, tablet and computer use and has found favour with touring musicians and producers looking for good sound quality in as small a package as possible.

In the past, this often meant using a separate audio interface such as the iRig Pro I/O and IK Multimedia’s iLoud system, but the iRig Micro Amp aims to pack everything you need into one guitarist-friendly miniature amplifier with connectivity to your phone, iPad, Mac or PC (albeit wired rather than Bluetooth). 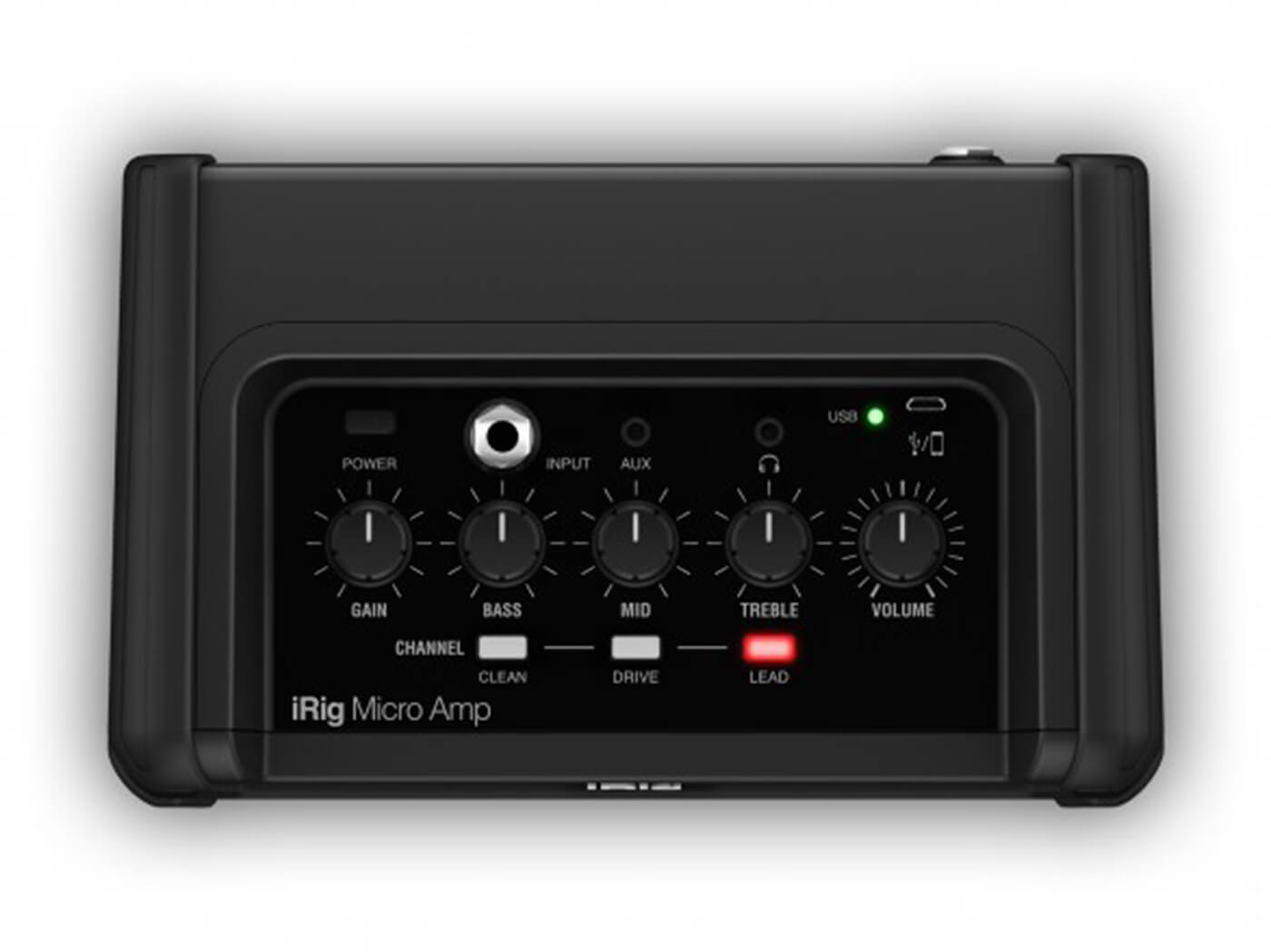 As a standalone amp, the rugged plastic unit features three channels – clean, drive and lead – with increasing levels of gain, three EQ knobs, plus gain and volume controls. There is also a speaker-out jack, a headphone out, an auxiliary mini-jack input and a mini USB port. Power is provided either through six AA batteries, taking the amp to 7.5 watts for approximately 15 hours, or a nine-volt adaptor (not included) that bumps it to 15 watts.

Plugging in and engaging the clean channel, we are met with a four-inch speaker tone that’s rather flat. While the EQ knobs do an acceptable job of tone sculpting, as we cycle through the drive and lead channels, we find increasingly gainy variations on the same theme, before an eventual descent into fizz.

It’s a sound that can be found in any number of tiny battery-powered plastic amps and one that, frankly, we’d hoped that Blackstar’s Fly 3 had consigned to the past. You can, of course, connect the Micro Amp to an external speaker cabinet for more of a full-fat sound, but that reduces the portability somewhat.

Things improve dramatically when we connect a smartphone loaded with IK Multimedia’s AmpliTube Custom Shop app, a bumper version of which can be downloaded after purchase. Suddenly the clouds part, with 10 amps and 26 stompboxes to play with. 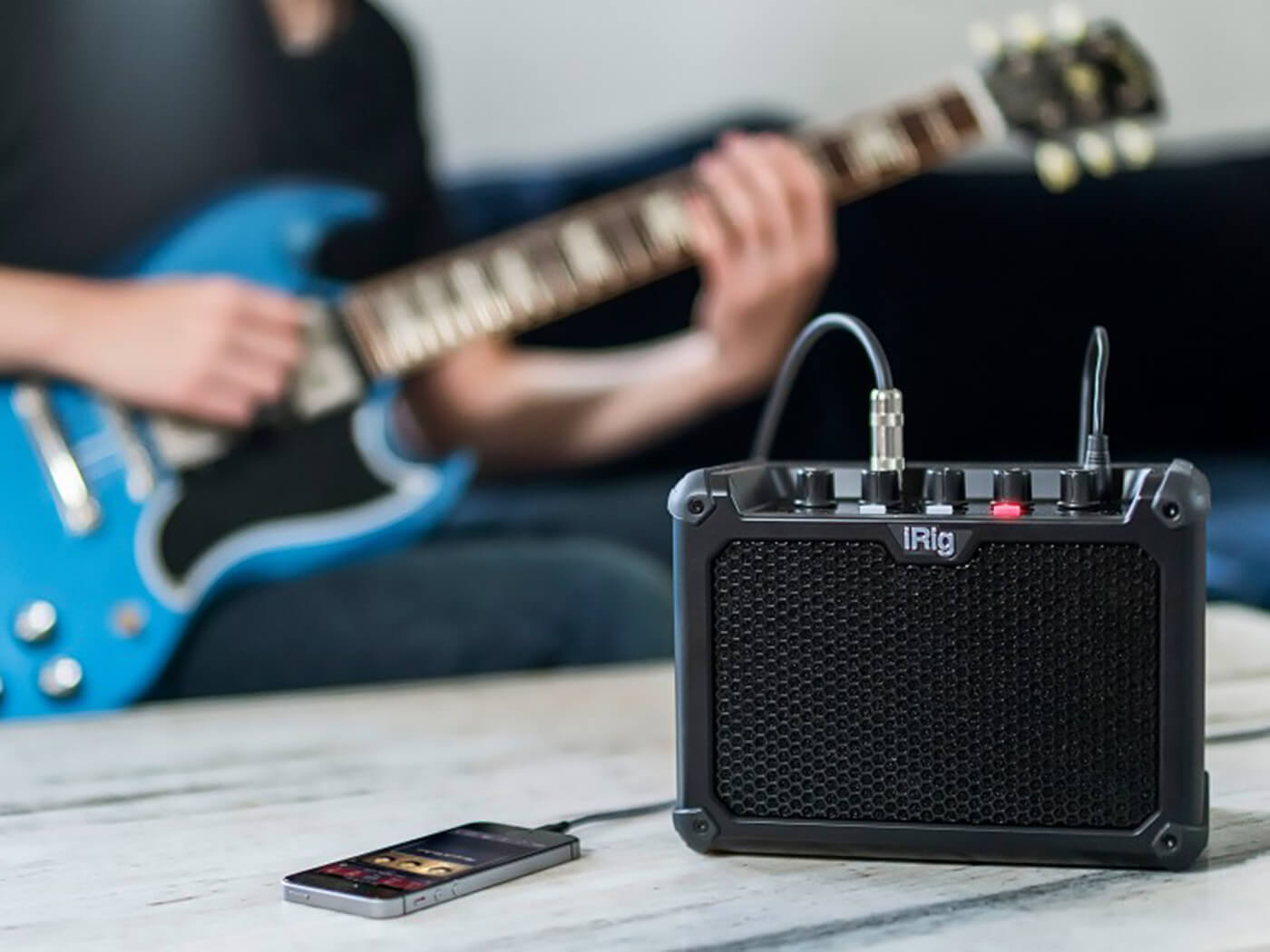 As AmpliTube works seamlessly within GarageBand, we sit down to start tracking some demos and it doesn’t take us long to get the creative juices flowing. When using the iRig Micro Amp for monitoring purposes while recording, there’s a slightly soft response. With headphones, tracking is a lot smoother. Just make sure that you switch monitoring off in your DAW to avoid a fax-machine-like scream in the cans. Ask us how we know…

With the iRig Micro Amp powered by the mains and mounted on a microphone stand (adaptor included) and AmpliTube sizzling along on the phone, we are able to find usable sounds at bedroom-rehearsal volume levels. The clean sounds certainly benefit from the addition of reverb or delay and the in-depth control offered by AmpliTube over the modelled amps and stompboxes makes finding overdriven, fuzz and distorted sounds a lot more inspiring than using the Micro Amp in standalone mode.

With tiny amplifiers, there’s always a trade-off between portability and sound quality, but using the iRig Micro Amp with AmpliTube opens up a wider range of possibilities than many of its competitors.