Is cleanliness next to godliness in Orange’s new high-headroom, tremolo-equipped combo? 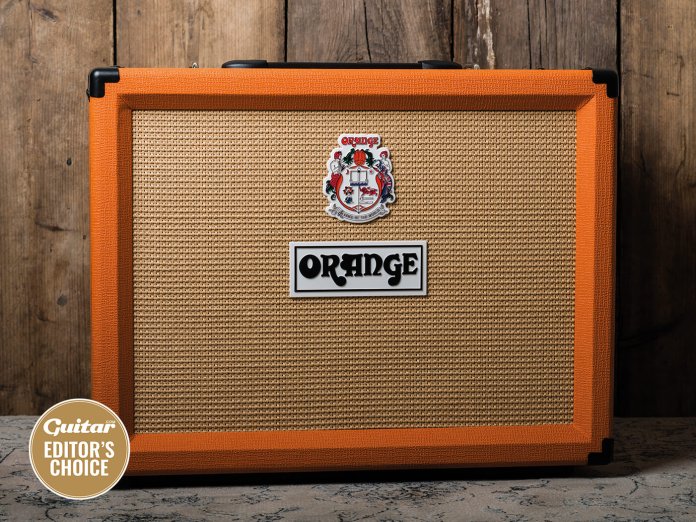 British guitar and bass amplification specialist Orange has widened the scope of its catalogue in recent years to include a range of stompboxes, an acoustic preamp and more besides. Although the 30-watt, 1×12 TremLord 30 has all the trappings of the other rockin’ amplifier designs to come from the mind of Orange’s technical director Adrian Emsley, this is no Dual Dark or Thunderverb. You might even say it’s apples and Oranges…

This writer spent the early 2000s gigging with single and dual-channel Orange AD30s and although the rich chime of those amps delivered some of our absolute favourite live tones, there were drawbacks. Favouring the spread of an open-back 2×12 over the laser focus of a closed-back extension cabinet, the combo was our preferred choice, but dragging a 33.3kg beast up a pub staircase was no fun whatsoever. How we longed for a 1×12 version, preferably with spring reverb… but it never materialised.

Fast-forward to 2019 and news of Orange’s latest launch piqued our interest, to say the least. An EL84 combo with a single 12-inch speaker, with spring reverb and a tube tremolo circuit that has two footswitchable speeds, the TremLord also features four power settings. Onboard attenuation has become a staple of modern Orange circuits and the ability to switch between 30-, 15-, two- or one-watt modes offers greater flexibility than our Oranges of old, which needed to push a fair bit of air before hitting their sweet spots.

In addition, the presence of a solid-state rectifier rather than a GZ34 suggests that the TremLord will provide a less spongy platform for modern pedal lovers, while the effects loop sits after the tremolo and before the reverb and is a fully buffered, low-impedance design driven by a 12AT7 valve.

There’s also no master volume control. “It’s actually quite a clean amp,” Adrian Emsley says of the TremLord. “It will get some hair, above halfway to three quarters. Flat out, it’ll definitely get some hair, but it never gets really dirty. It’s got a lot of clean headroom.” This is also assisted by the 200-watt Lavoce speaker. The Italian company is better known in the pro-audio world, but the 12-inch driver here is described by Emsley as “a great all-round speaker”.

“There’s been nothing thrown at this speaker that it hasn’t lapped up,” he continues. “It really works great for this amp because of the clean headroom. Although it’s only a 30-watt amp, it has more perceived clean headroom than our other 30-watt amps, purely because it uses a choke, like we use in amps that are 50-watts upwards. It really helps with the headroom but you still get that great EL84 tone.”

Construction is every bit as solid as we’ve come to expect and although it’s not as unwieldy as Orange combos of the past, there’s still 24kg resting on those wooden skids, so the TremLord isn’t going to skitter across the stage any time soon. Inside the powder-coated steel chassis you’ll find robust, modern PCB architecture, while the power-valve cage and control-panel roll bars provide protection from the rigours of the road.

Orange describes the TremLord as “our very British take on the 1950s amplifier”, but while its voice is still a long way from Fullerton, it’s certainly well into its second movie on the long-haul flight from Heathrow. Happily, while we’re pushing this metaphor up through the clouds towards cruising altitude, the TremLord’s clean tones are sitting at the front in business class.

Adhering to Orange’s ‘pics only’ tradition, the control panel may be a little confusing for the uninitiated, but from left to right you have volume, bass, treble, two individual tremolo speeds (the second of which only makes a difference if you have a footswitch plugged into the ‘speed’ socket around the back), tremolo depth and reverb level.

With the EQ set to tame the low end and add a little sparkle, lots of reverb and a subtle slow tremolo throb creates a beautiful fog in which to get lost. The vibe is decidedly more vintage than we’ve become accustomed to from Orange in recent years. The company itself recently celebrated half a century in business and, armed with a Custom Shop Strat and an R9, the tones on offer wind back the clock to Peter Green’s Fleetwood Mac and the era in which London was swinging and Orange founder Cliff Cooper first opened the doors at New Compton Street.

Adrian was right about this being a clean amp; even in one-watt mode, you can’t get much of that ‘hair’ without pushing the amp beyond neighbour-friendly volume levels. It’s certainly louder than a whisper, so you’ll have to get your overdriven kicks from pedals if you want to practise with high gain at home – although at low volumes, when the speaker isn’t working very hard, you may have to tame the trebles to avoid fizz from stompbox overdrives.

That approach is arguably missing the point, as the TremLord’s delicious cleans – definitely available at bedroom volumes – remind you that you don’t actually need that much dirt to have a good time. Meanwhile, the less-compressed nature of the response compared to a valve-rectified circuit accentuates the differences between rhythm and lead pickups and broadens your palette in the process.

Like all of Adrian’s best circuits, the TremLord seriously opens up at gigging volume with a punch and a presence that sits perfectly in a band and provides a solid base for effects as well as delivering the kind of EL84 chime, grit and harmonic complexity we loved the AD30 for in the first place.

It’s perhaps no surprise that an experienced musician and audio engineer designs amplifiers that excel in a real-world context, but it’s refreshing that, even in the YouTube age, amp companies haven’t forgotten guitarists who play on pub and club stages. And the various power settings mean that, once you’re playing away from home, you can dial in some break-up and tailor your output level to the size of the room very effectively. 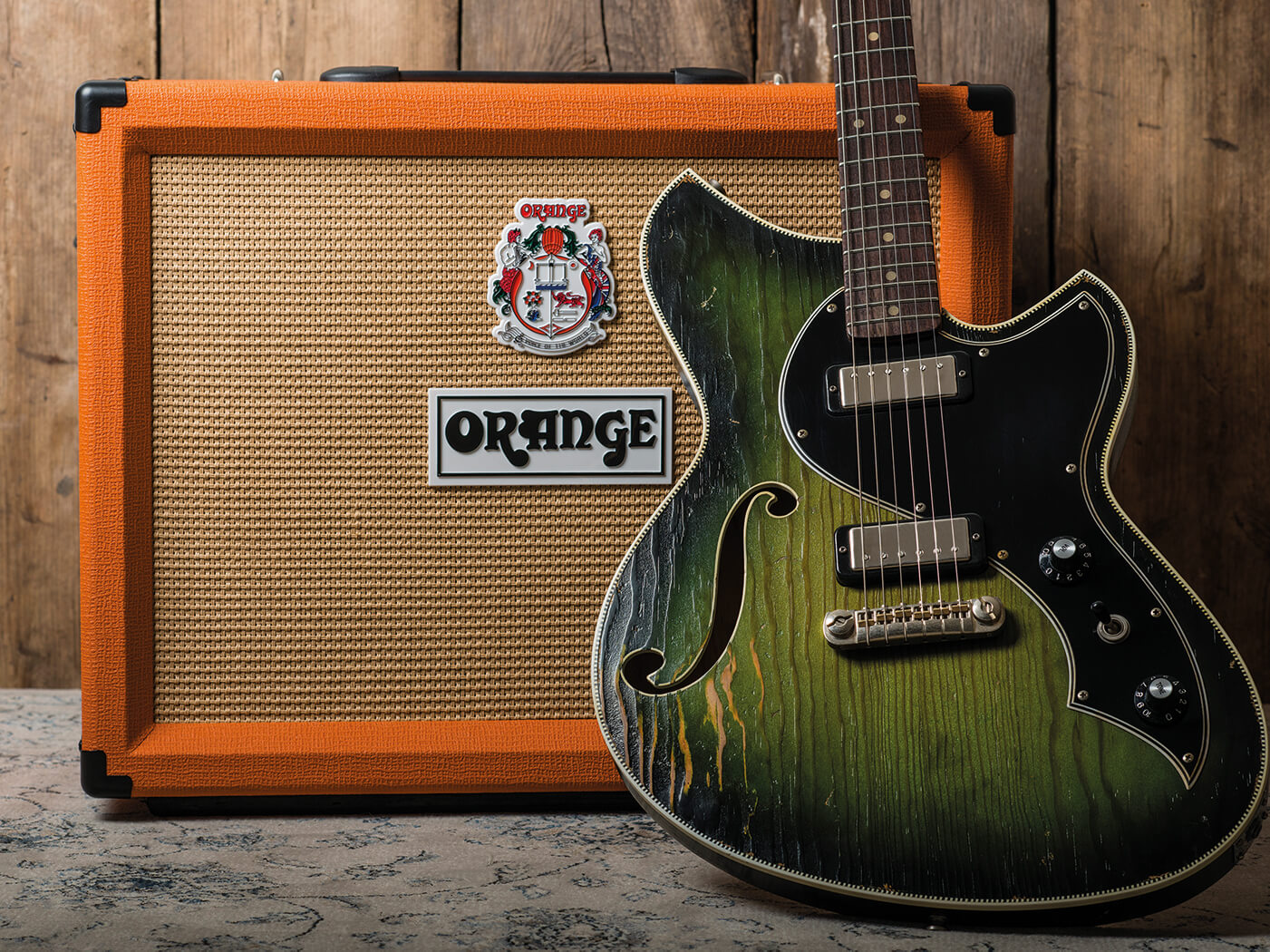 The range of the onboard controls, reverb depth and tremolo speed are all well judged too, with even extreme settings yielding usable, musical tones. Is this the amp we wish Orange had made about 20 years ago? It certainly would have made the load-in easier, and our drive pedals hit harder in a band mix. Footswitching between two tremolo speeds on the fly might have provided the inspiration for a few songs, too…