Lenny Kravitz is not known as an amp designer, but he helped Supro with this reverbed-up recreation of Jimmy Page’s legendary studio favourite. 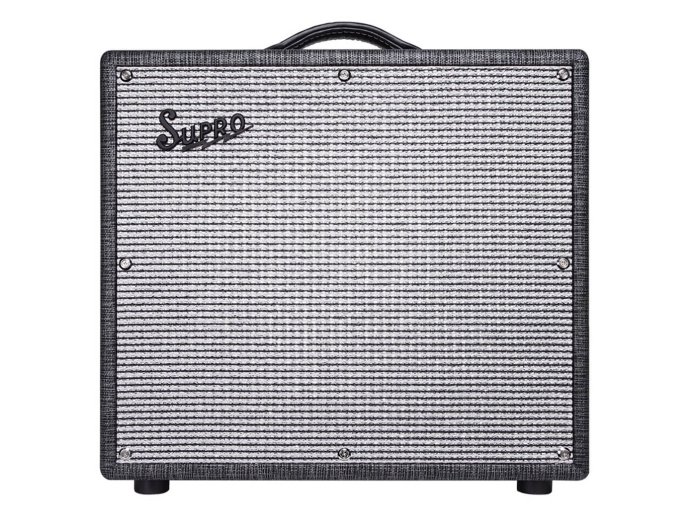 If it wasn’t for the fact that they remain one of Jimmy Page’s most mythologised studio weapons with Led Zeppelin, it’s likely that vintage Supro amps would be regarded more with fondness than the reverence they are today. That said, nobody knows for sure which model or models Page was using on those first two Led Zep albums, which leaves those wanting to nail that elusive overdrive sound in something of a bind.

Albert Lee says that he and Page bought their Supro amps in 1961 from Selmer’s, and it’s known that Page’s amp had a 12-inch speaker. It’s been suggested that he had it converted from its original 2×10 format, and debate rages about whether Page’s amp was equipped with 6L6 or 6973 power valves.

Into all this wades the 1696RT Black Magick Reverb (its reverb-less sibling was released back in 2016), which is based on the 6973-loaded Supro that Page acquired in 1974 and later loaned to the Rock And Roll Hall Of Fame museum. Not exactly the right era, perhaps, but a good indicator of the sort of Supro amps he was into during his Zeppelin days.

As you can probably guess, this version of the Black Magick has an added spring reverb and separate treble and bass controls. Rated at 25 watts, the Class A power stage is cathode biased and coupled with a custom-made BD12 speaker.

More commonly used in hi-fi and jukebox amps, 6973 valves look like EL84s, but are quite different. They can handle a higher maximum plate voltage rating of around 440 volts and have different pin-out and bias requirements. Our own Dave Hunter has retrofitted 6973s in an EL84 amp and says they sound “louder, chunkier, and bigger… with firmer lows and a meaty, if not overcooked, midrange”.

The finish is excellent inside and out, with PCB construction keeping the cost below boutique levels. It’s also available as a head and cab. 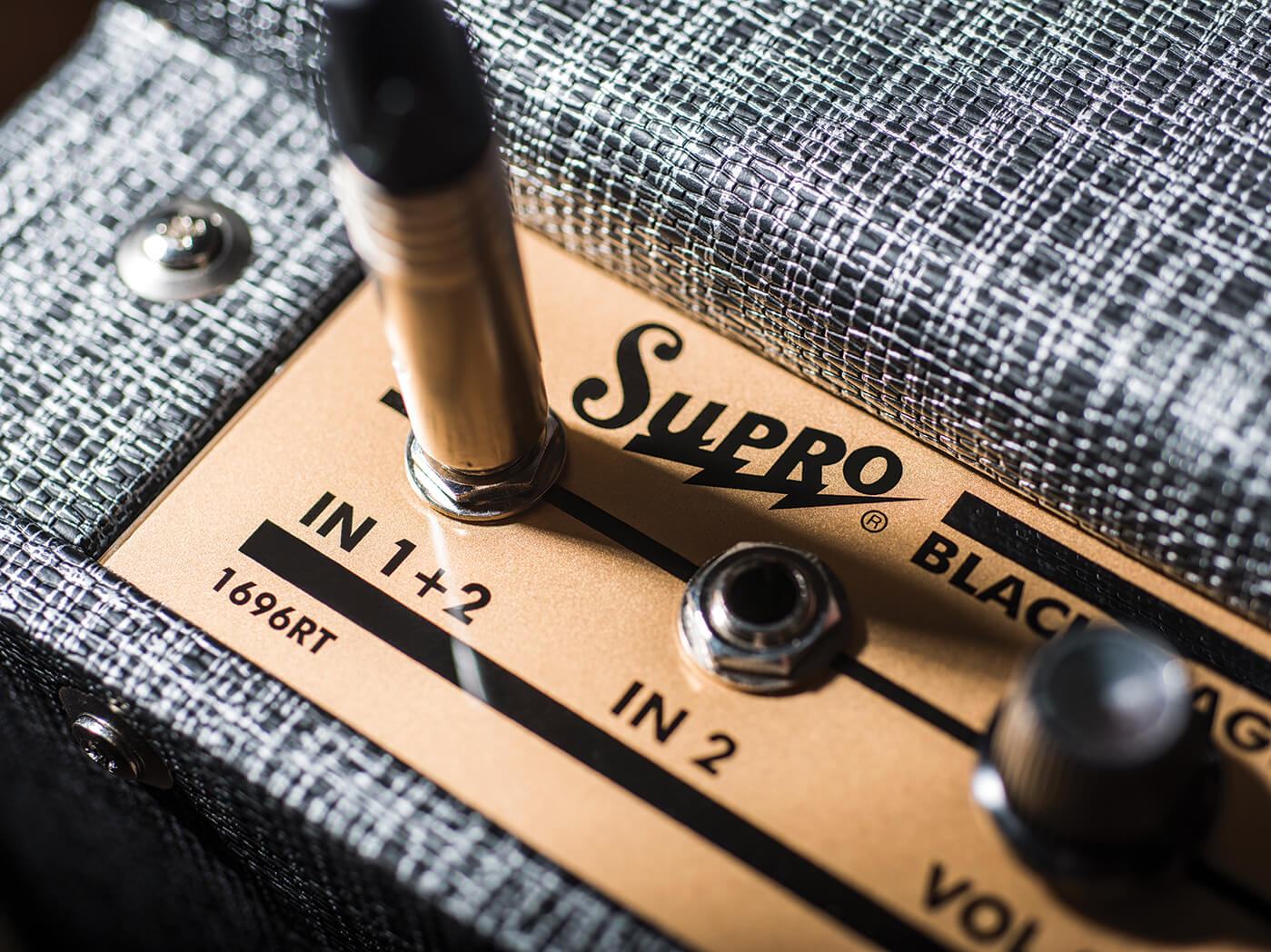 The Black Magick Reverb has a very distinctive tone that can be summarised as ‘old-school heavy rock in a box’. Overdrive is smooth, yet thrillingly ferocious; it hangs on to single notes with Rottweiler-like tenacity and the defining tonal characteristic is a fat-and-forward midrange. At first, it may seem slightly lacking in treble and headroom, but if you’re looking for a clear and clean pedal platform, this isn’t it – and it isn’t designed to be.

Nor is it particularly versatile, or blessed with wide-ranging tone controls or midrange sculpting. Swapping from a blackguard Tele replica to our recently completed Greco ‘Goldtop’ with P-90s, the differences we would expect to hear between them are not as apparent as they would usually be.

If you’ve ever researched Jimmy Page’s tones, this may account for much of the daze and confusion out there. The key thing to grasp is that, with so much colouration going on, you have to accept this amp both for what it does and doesn’t do.

The Black Magick gets louder and brighter simultaneously, but even so, the treble control remains maxed out with the bass set fairly low throughout our tests. It’s not that it’s dull sounding or lacking in clarity, but the airy treble frequencies of a Blackface or late-50s tweed circuit aren’t on offer. Instead, the cleans are closer to the rounded mellowness of 50s Gibson amps.

With the amp’s volume set high, the sound actually becomes brighter when you back off the guitar volume. If you’re prepared to work those controls, you can explore a wide range of overdrive textures and having less treble as overdrive increases ensures the Black Magick never becomes harsh or edgy.

You can also make subtle tonal adjustments by balancing the two volume controls when you’re plugged into the 1+2 input. In addition to providing a touch more gain, volume 1 thickens the low mids, while volume 2 has more lift in the upper mids. If things get too loud, the master volume is pretty effective – but we think the smoothly compressed characteristics of the overdriven 6973 power valves are too good to miss. Instead, we prefer running the master volume flat out and using an attenuator. 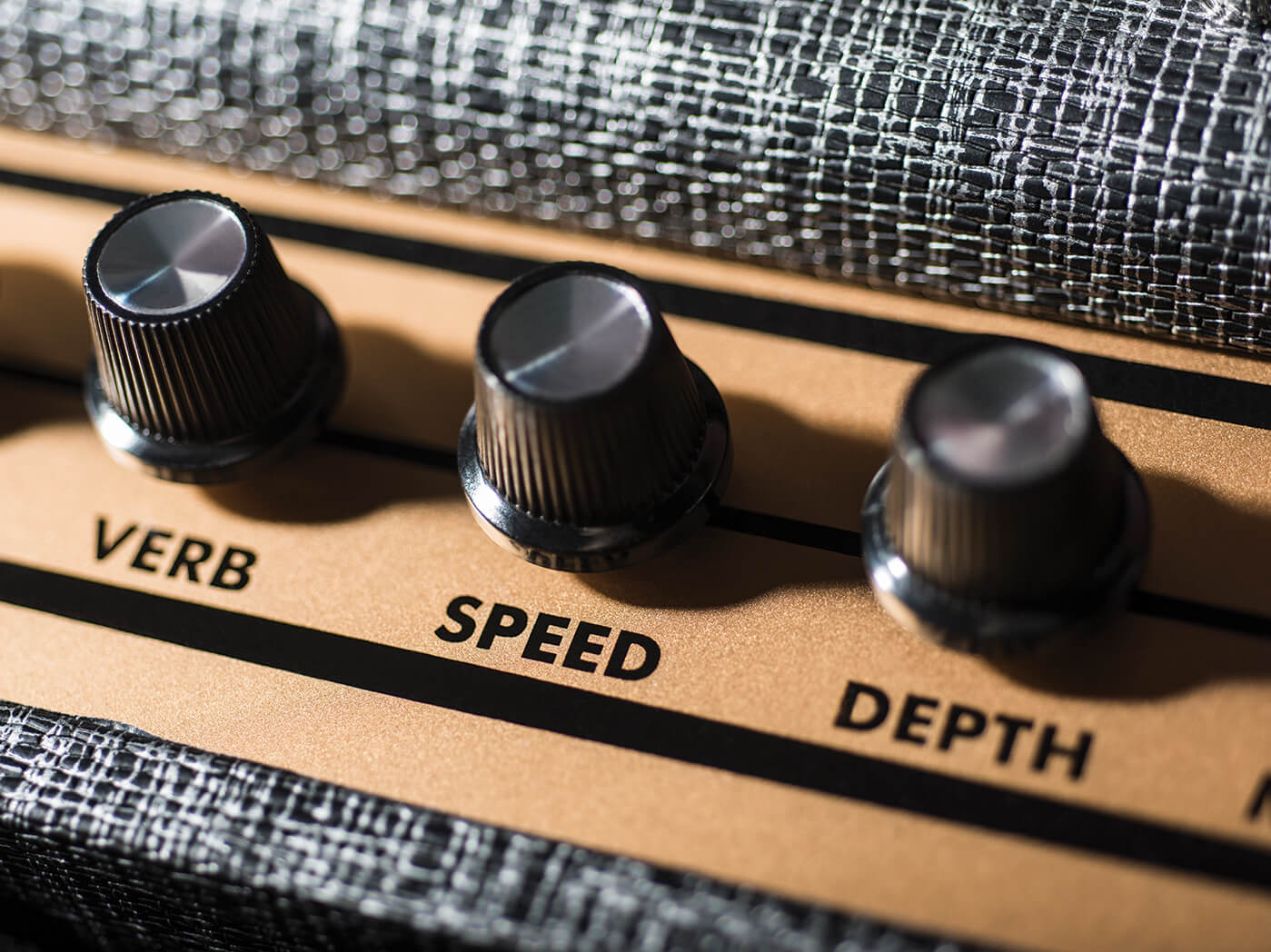 The reverb tank is fed the same slightly dark signal, so it’s a warm and lush effect, rather than splashy and surfy. The control works gradually to allow precise settings and we find that the dry signal remains distinct even with plenty of reverb in the mix. The bias tremolo is similarly effective, with a wide-ranging speed control and plenty of depth. It’s swampy rather than stuttery and remains playable even at its most intense. We even detect something resembling pitch-shifting harmonics when heavy and slow trem is combined with lots of reverb. 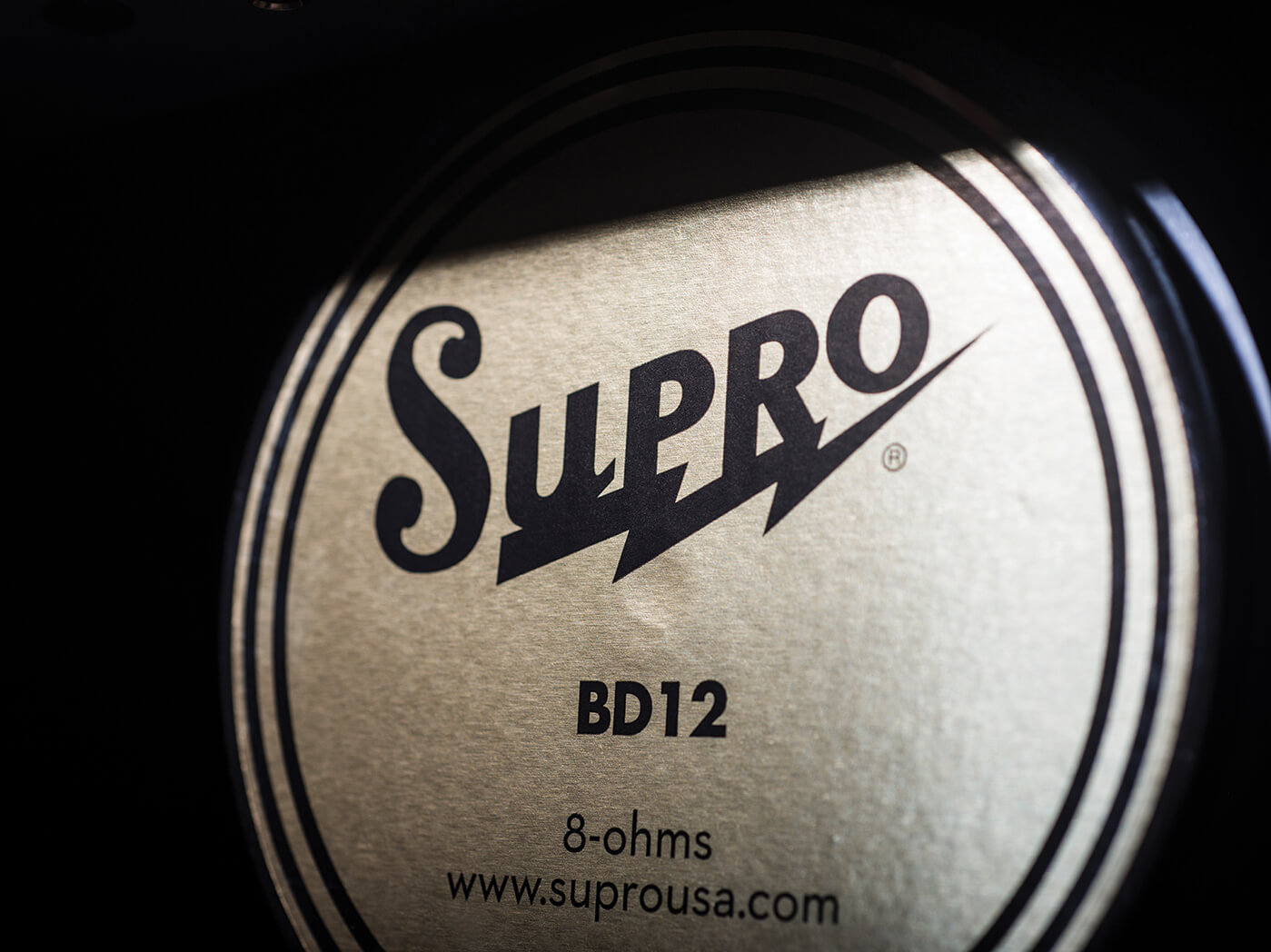 The onboard BD12 speaker is described as ‘British voiced’, which is up there with ‘takes pedals well’ in the lexicon of commonly used but often not tremendously informative guitar-related phrases. British guitar speakers have never conformed to a single tonal signature, so we decide to try the Black Magick Reverb through some other speakers to determine how the BD12 contributes to the overall sound.

It holds its own with a Fane A60, a Celestion Blue (attenuated to avoid damage) and a Celestion G12, and the stock speaker actually sounds the best of the bunch with this circuit. The BD12 offers the solid lows, forceful mids and the articulate attack of a fine ceramic: it’s quite efficient and can’t be accused of rolling off any treble. It also does justice to the rude and harmonically loaded honk of the Black Magick Reverb’s overdrive.

The sense of instant gratification makes this a dangerous amplifier to use. Plug in, crank it up and, before you know it, hours will have passed. Your ears will be ringing and you’ll be in no doubt that the teenager who thrilled to the sound of that first powerchord still lives on inside you. The 1696RT’s tonal range may be limited but the fun certainly isn’t. Throw in the vibey onboard effects and it’s a tempting package.