Could a 50-watt valve head with switchable preamps from boutique makers be the cure for ‘too many amps’ syndrome?

+ All of the modules sound impressively ‘real’

– Inevitably, it’s not quite the same as switching to a different amp

– Getting modules in and out can be slightly fiddly

There’s something more than slightly disconcerting about taking delivery of an amplifier and finding it has two great big holes in the front panel. But this isn’t IKEA’s new self-assembly backline range: it’s the return of modular amplification. And you know what? The idea makes a lot of sense.

If most of an amp’s particular character comes from its front end, why not let guitarists swap preamps in and out, for radical revoicing within the same shell? 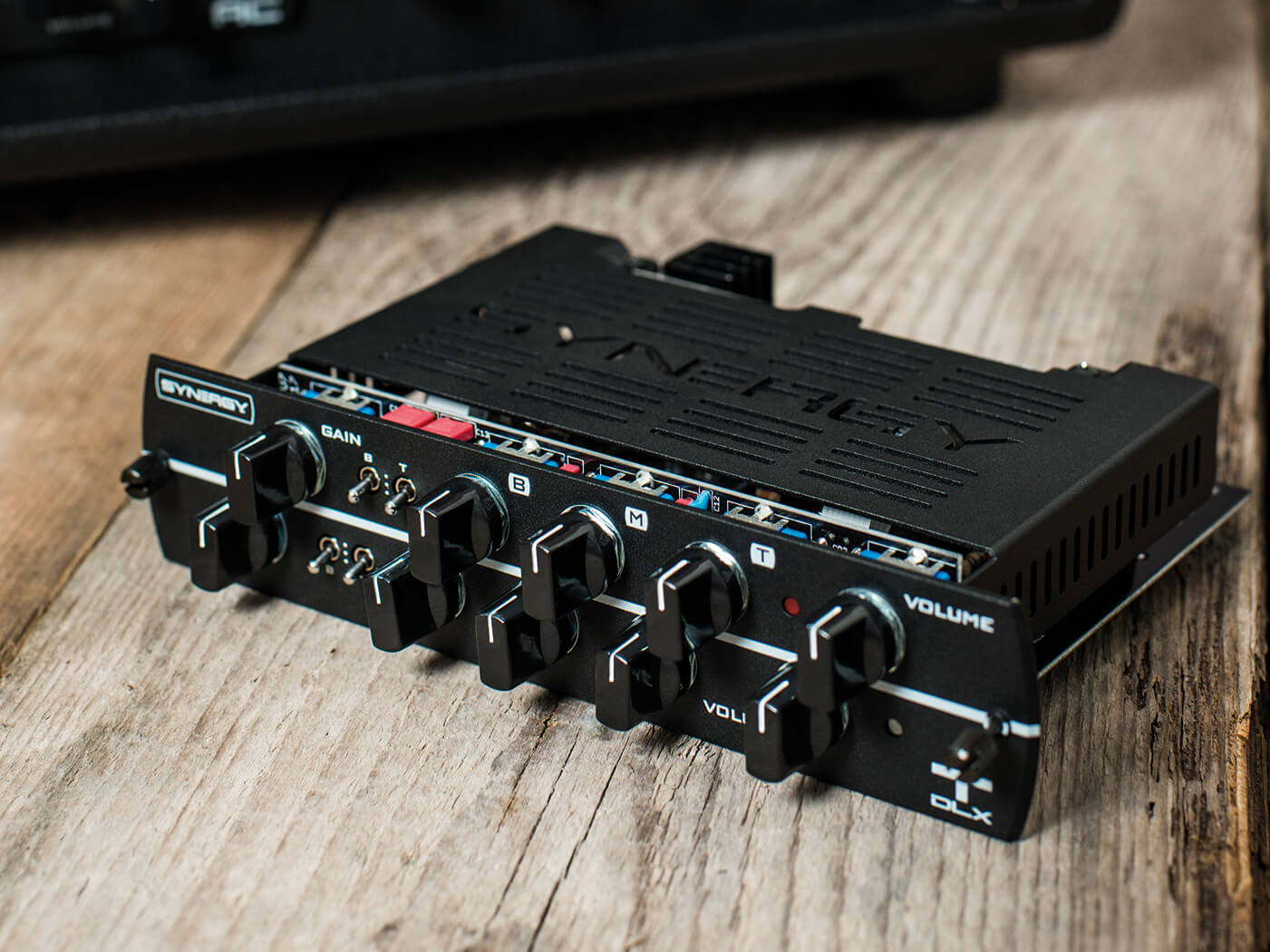 Synergy’s modular tech is directly descended from the old Egnater/Randall system, and those old modules will actually work with the new amps… but there’s one new factor that might just help the idea catch on properly this time.

As part of the Boutique Amps Distribution behemoth, Synergy has close ties (not to mention a large shared manufacturing facility) with the likes of Friedman and Morgan, and has therefore been able to call on its famous friends to design modules based on their own hugely acclaimed amps. 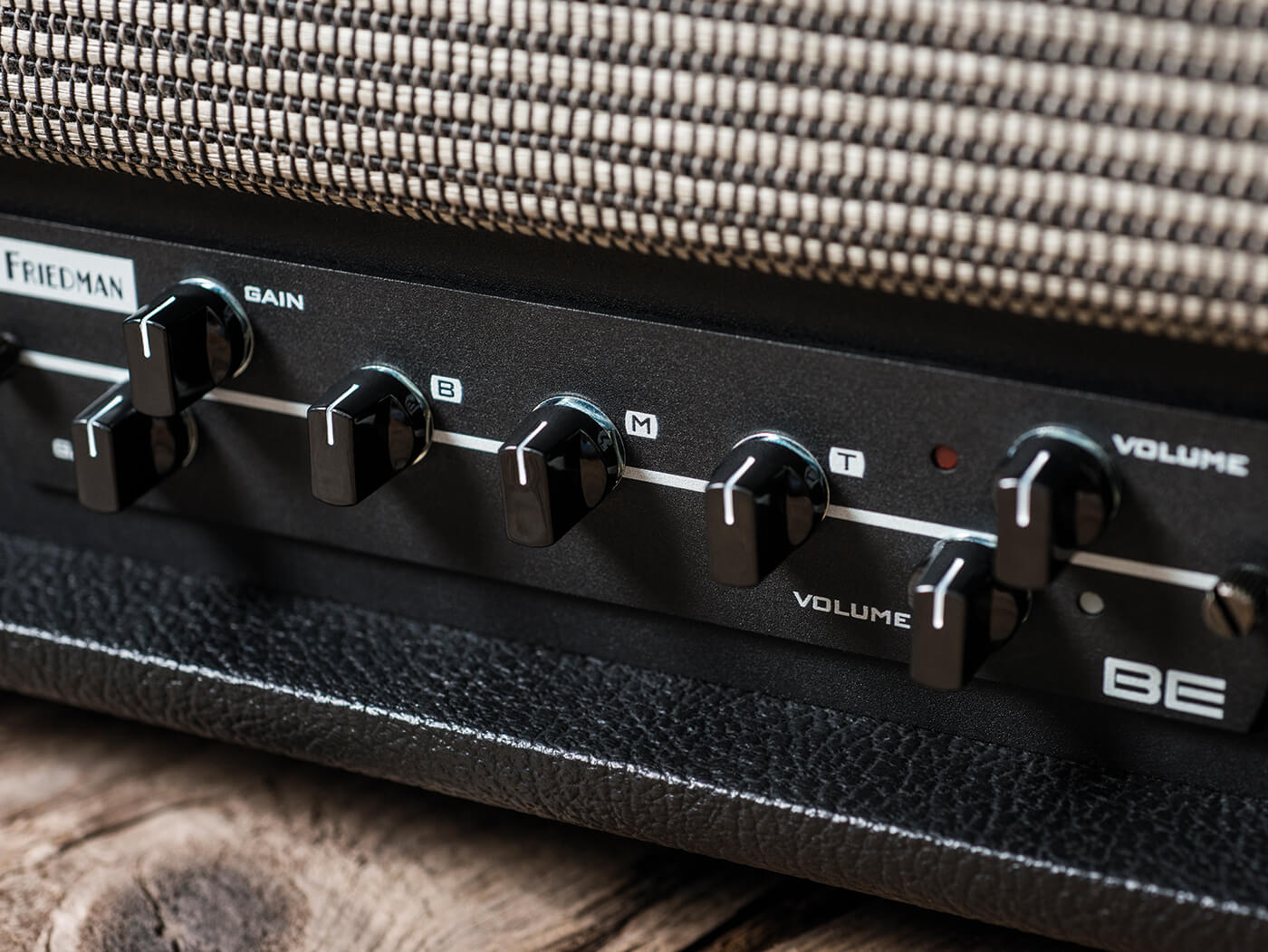 Our SYN-50 arrives with four of the 11 currently available preamps, any two of which can be slotted into the front panel and secured with a couple of thumbscrews. Each module has two channels, so the included four-way MIDI footswitch gives you four tones to hop between without even unscrewing anything.

The modules are all priced at £375; our review amp has two designed by Friedman (based on the Plexi-style BE100, with and without boost), one by Morgan (from the Vox-like AC20) and one with Synergy’s own take on the Fender Twin Reverb and Deluxe Reverb. All of this is running through a pair of 6L6s into a ported 2×12 cab equipped with Celestion Vintage 30s. 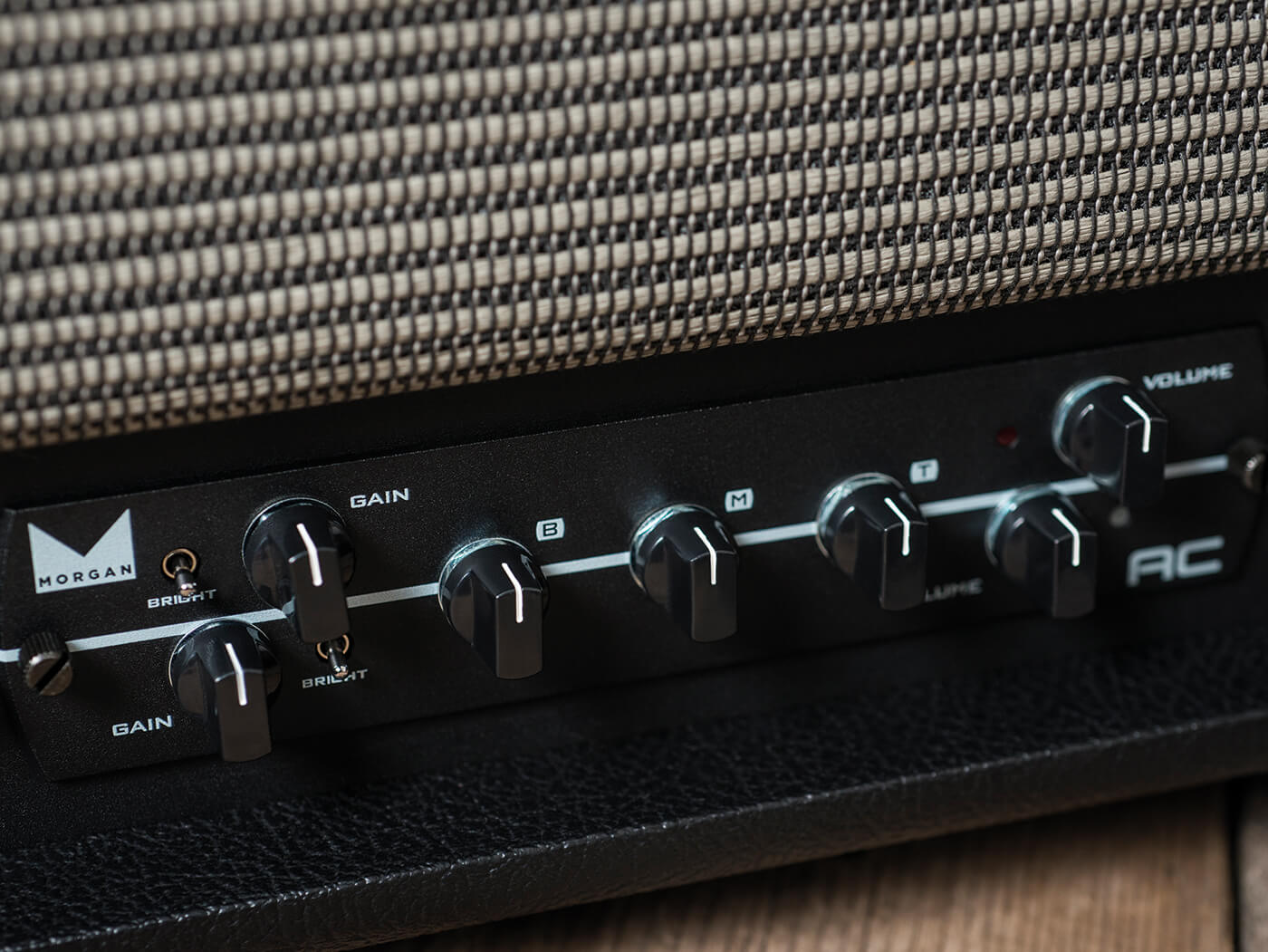 Now, you may well point out at this stage that there’s more to a guitar amplifier than its preamp, and equally that there’s more to a preamp than its circuit. So no, we can’t expect a Friedman that’s been squeezed onto a toastie-sized PCB and pushed through someone else’s output stage to sound exactly the same as the hand-wired real deal. But oh my, are we keen to find out just how close it can get…

In its unloaded state, this head would make a lovely shelter for bats. But for review purposes, we’d better fill those openings with a couple of modules. The Morgan one pushes into the right-hand slot cleanly enough, and screwing it snugly to the panel takes seconds. But the Synergy T/DLX preamp needs a bit more of a shove to dock with the contacts in the left slot, and then one of the screws doesn’t want to go all the way in. It’s okay in the end, but it’s not exactly slick – and neither is the process of loosening the screws, then tugging on them to take a module out. 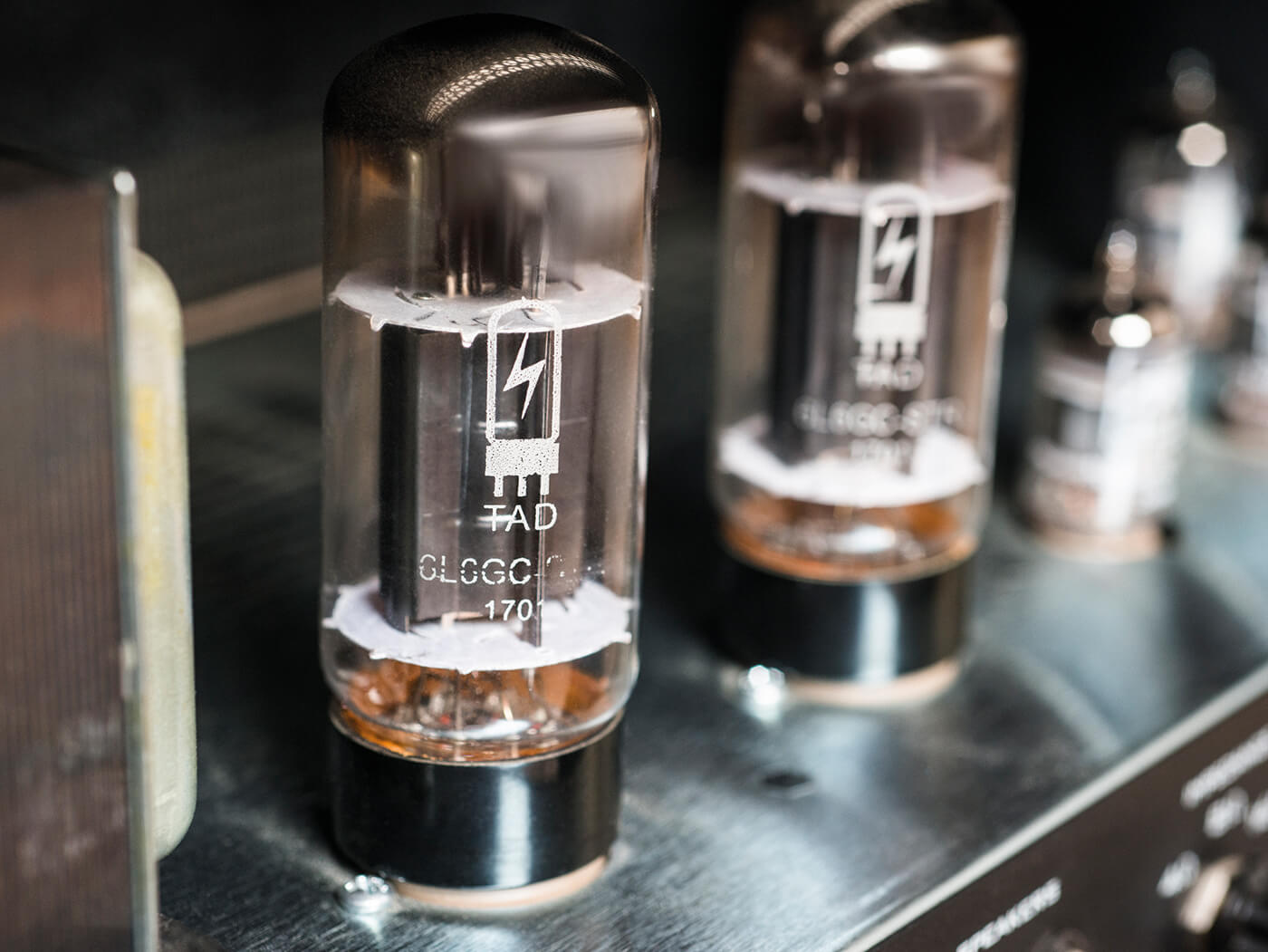 Once we’re in business, though, the SYN-50 looks and operates just like a standard channel-switching amp. And the first thing to say is that the Morgan AC20 sounds… well, an awful lot like a Morgan AC20. If you’re after that Vox-y squished attack and shimmery breakup, it’s all here – and while we do miss the looseness of cathode-biased EL84s and low-wattage speakers, the difference is not as pronounced as you might expect. Cranking the master controls for presence and density helps – we’re guessing these act on the negative feedback loop (treble and bass respectively), so leaving them wide open gives us some extra sizzle and bloom.

The two channels are voiced the same, and share a tonestack, so the only variety on offer from channel-switching within this module – other than the independent bright switches – is in the gain and channel volume settings. But this gives you plenty of options for those big solo boosts. And of course, if you really want to confuse the house engineer, you can just stomp over to the other module. 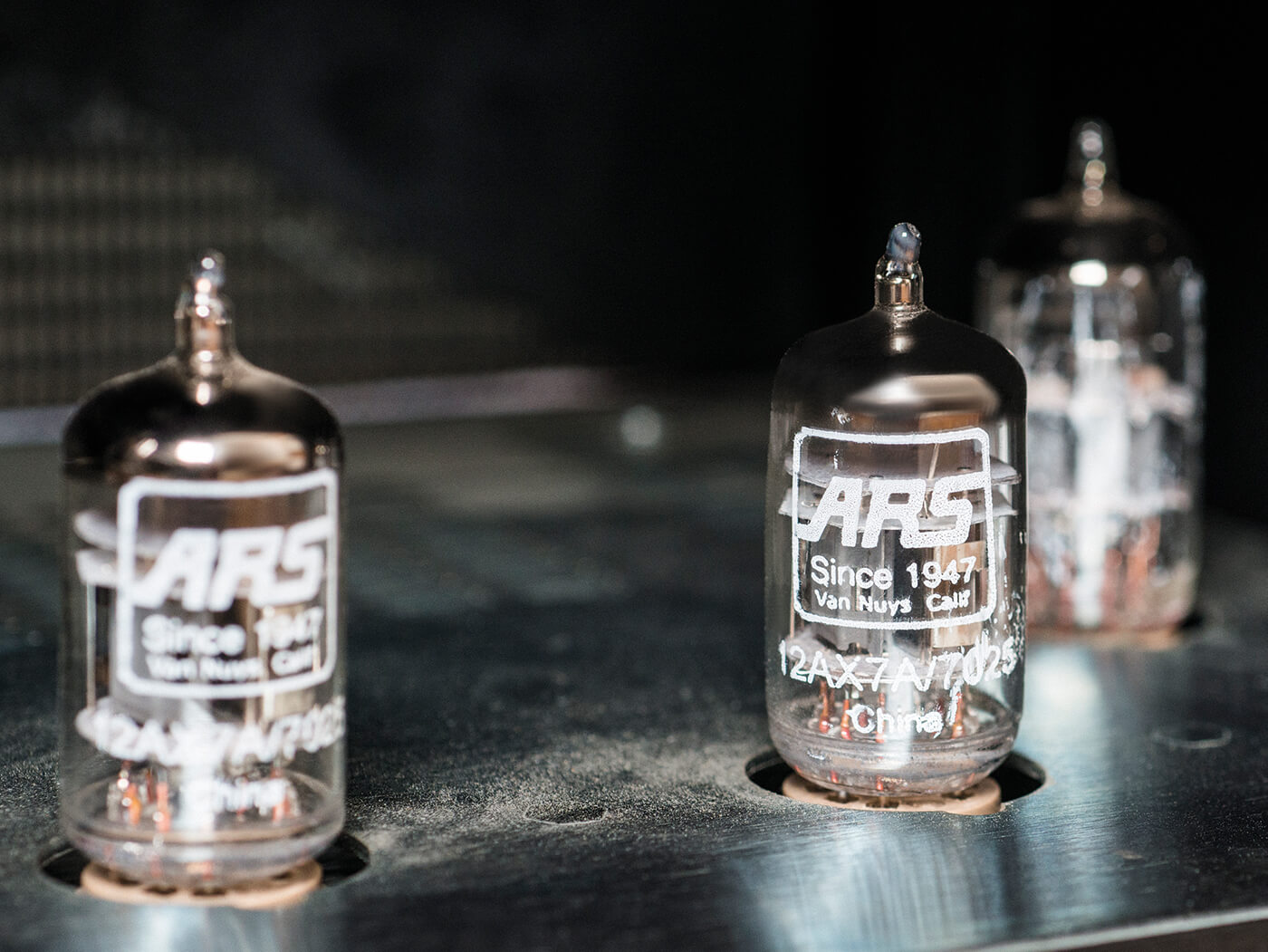 The T/DLX unit offers a clear Atlantic-hopping contrast from its Vox-voiced neighbour, and there’s also a stark difference between its two channels. The Deluxe side offers beefy clean tones with lots of snap in the mids and classic Blackface sparkle on top, and you can push the gain for some beautifully sweet Fender crunch. You also have two teeny toggle switches, marked B and T (bright and tight), for added EQ tuning. The Twin channel has this feature as well but, while it does offer more headroom for pedals, it sounds a little bit flat in comparison and also seems to have a higher noisefloor at matched levels.

We’ve no such worries with the two Friedman preamps, which we can’t resist lining up as a pair for four switchable channels of pure Plexi grind. There’s no such thing as a clean tone here, but the first channel of the BE module does get close with gain not far off zero, and you can easily set the four channels to step up through the gears all the way to boosted blitzkrieg on the HBE side. The BE really does sound totally ‘boutique Marshall’, and feels like a natural match for this output stage and the V30s. 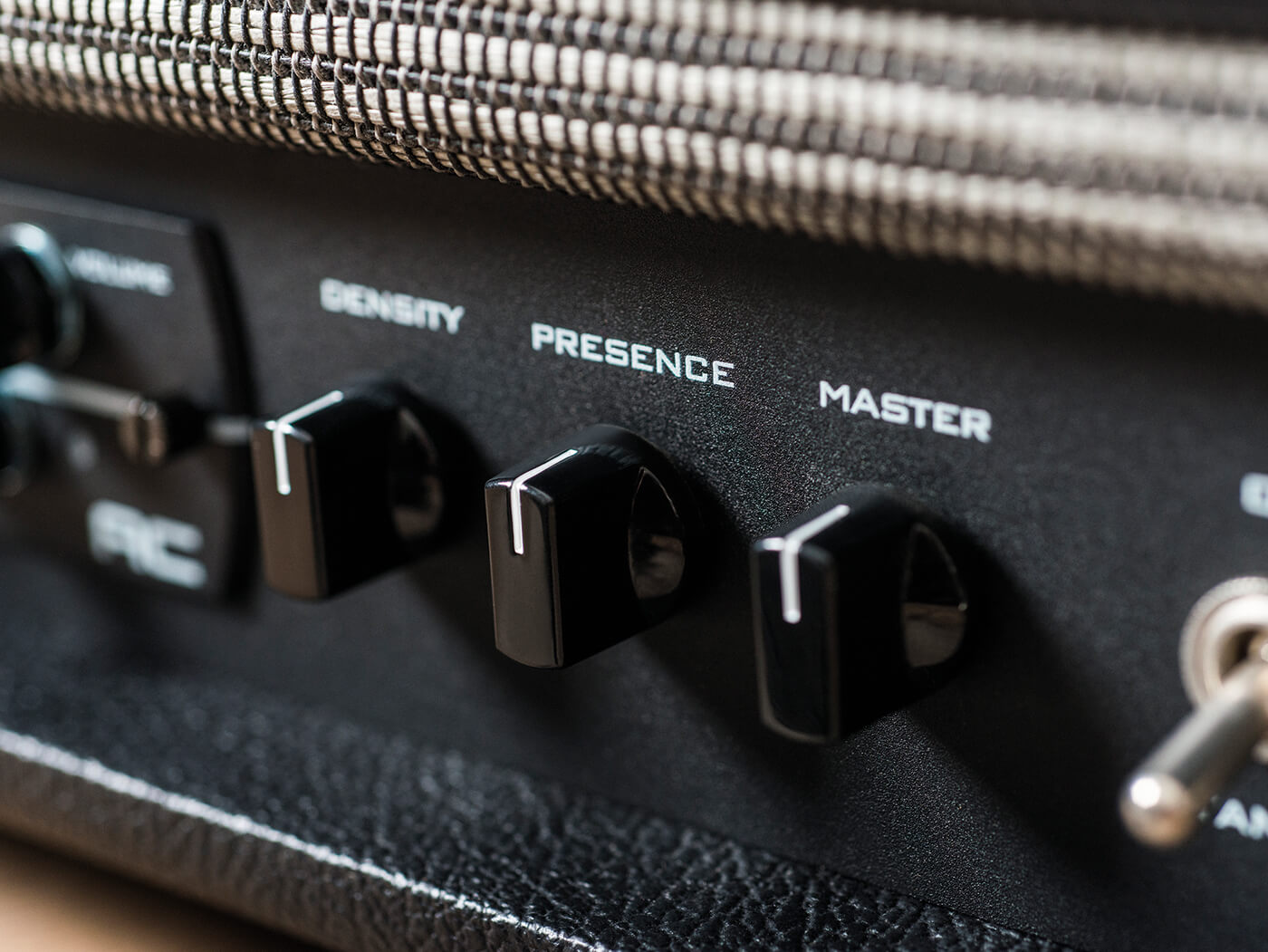 All four modules can get monstrously loud, so it’s just as well the master volume control is pretty good at keeping levels bearable without throwing a big beige blanket over everything. The cab-simulated DI output is impressive too, offering a lifelike replica of the sound in the room for mic-free recording or connection to the PA. You also get an effects loop and the option to use MIDI for more than just channel-switching, hardware permitting.

So, is the modular revolution ready to happen this time? We can’t answer that, but while the SYN-50’s power stage and speakers do bring a certain uniformity to every module’s output – big, clear, thumpy, a little stiff for some tastes – it’s certainly a viable alternative to a digital modelling amp… with bags more mojo.