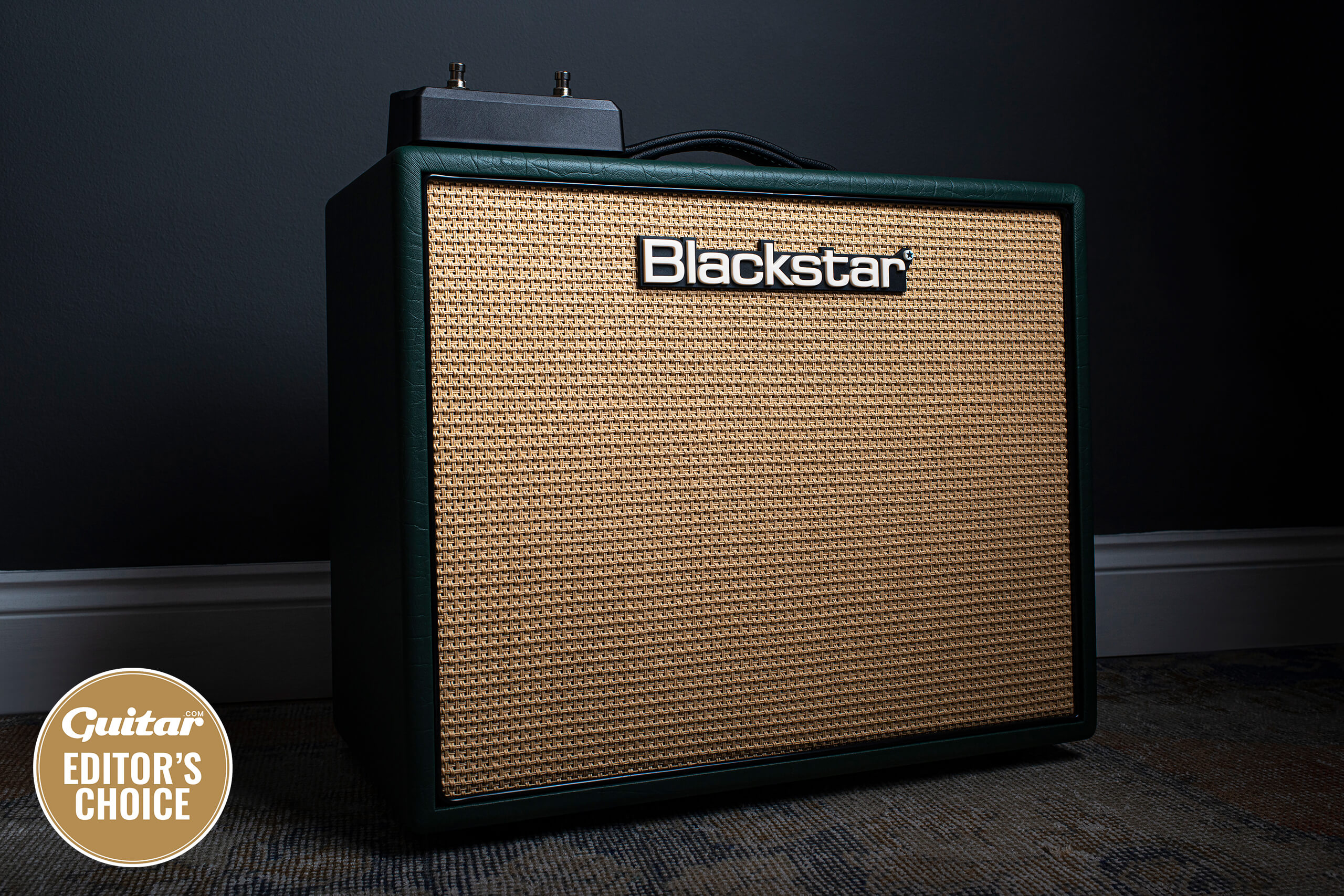 Fancy a shot of Bluespower? This affordable signature amp from Blackstar is ready to rock.

Classic tube-driven tones with modern connectivity and power reduction but no unnecessary frills.

The latest collaboration between Blackstar Amplification and blues-rock force of nature Jared James Nichols is a 1×12 combo version of his EL84-powered signature amplifier. Although Nichols has toured the world with Blackstar at his back, this combo comes loaded with several features that are home practice and recording-friendly too.

There’s no denying that this is an aesthetically pleasing box. From the racing green tolex, to the tan basketweave grille cloth and cream chickenhead knobs, it has a boutique vibe reminiscent of Rivera and early Boogie – although without corner protectors you’ll have to be extra careful when loading it in and out of venues and rehearsal rooms.

While ostensibly a twin channel amp, the JJN-20R MkII features two distinct voicings for both clean and overdrive channels, offering the player four footswitchable voices to explore, with accents from both sides of the Atlantic. The clean channel is relatively basic, with a single tone, volume control and voice switch. In contrast the ‘Bluespower’ overdrive channel serves up a full complement of controls with gain, volume, three-band EQ, voice switch and Blackstar’s patented ISF control. Finally there’s a master reverb, master volume and a power reduction switch, which takes the amp from 20 to down to 2 watts.

“The bass response is particularly impressive, and the trebles shine as you dial in the reverb”

Jared James Nichols is renowned for his expressive fingers-only style of lead playing, usually with P-90 pickups and featuring extensive use of the guitar’s onboard volume and tone controls. Time to plug in a Les Paul Junior, fling our pick into the bin and explore this amp’s capabilities.

Plugging into the single input with the clean channel engaged and all knobs pointing north, we’re greeted by an open, Fender-style voice which sounds a lot bigger than the 1×12 configuration would suggest. The bass response is particularly impressive, and the trebles shine as you dial in the reverb. There’s only one ’verb voice but it’s versatile and atmospheric, though it does stop short of a full surf ‘drip’.

Switching to the British clean voice delivers all the top-end chime and grit you’d associate with a good Vox circuit. It’s more like the spikier voice of an AC15 than the velveteen sheen of an AC30 and it’s a very engaging sound. We find it doesn’t take much to push it towards the grittier end of the spectrum just by varying our right hand attack, and it could almost work as another gain stage between the super-cleans and the overdrives to come.

Anyone who has heard Jared James Nichols in flow will expect the drive tones to be the headline act here, and it’s in the overdriven textures that this fiery combo really shines. Switching to the ‘classic’ overdrive channel voicing unleashes a hooligan grunt which begs for a palm-muted rhythm approach. It’s a forceful old-school rock sound, not overly aggressive but with a punch reminiscent of Leslie West’s Marshall rhythm tones. Cranking the gain further takes us into Cream-era Clapton-style heroism, which encourages us to really work the guitar’s tone control mid-lick for expressive, almost vocal lead tones.

Blackstar’s ISF functionality is a popular and useful feature throughout the catalogue, and here it allows you to find hidden sonic treasure, with both overdrive voicings having sweet spots. Overdrive voice two is inspired by the high-gain tones on Blackstar’s HT Venue MkII amps and it’s here where things really begin to cook.

With a lead voice reminiscent of an old Boogie with a pinch of Soldano, the pre-bends, double stops and wide vibrato employed with such aplomb by Mr Nichols are immediately brought to life. At full chat, the sound remains rich and expressive with no low-end flatulence or waspish trebles. Perhaps even more impressive is the way the JJN-20R MkII responds immediately to changes in picking hand attack and fine adjustments to volume and tone. It’s an inspiring sound, deftly walking the fine line between raw blues and sophisticated boutique tones and it encourages you to grab onto the expensive notes and make them scream.

“At full chat, the sound remains rich and expressive with no low-end flatulence or waspish trebles”

The USB output around the back connects hitch-free to a MacBook Pro and, straight into Logic, the resulting direct clean and overdrive textures are immediately versatile sit beautifully in our pre-recorded mix. In fact, we’re so inspired that we re-record our original rhythm tracks with the Blackstar as it sounds demonstrably better than the plug-in amp simulations we’d originally used.

Finally, it’s worth noting that the same searing tones that the amp produces at 20-watts are readily accessible at bedroom levels when you knock the power down to two watts. There’s also a highly useable effects loop for your pedals – although JJN himself keeps it dangerously real with just a Klon Centaur – but if you want an amplifier festooned with digital effects then keep looking.

This is not an amp for all seasons, a dentist-blues Dumble pretender or a personality-free reissue. Instead, Blackstar and Jared James Nichols have come up with one of the most engaging amps for bare-ass rock ’n’ roll that we’ve encountered in this price bracket.