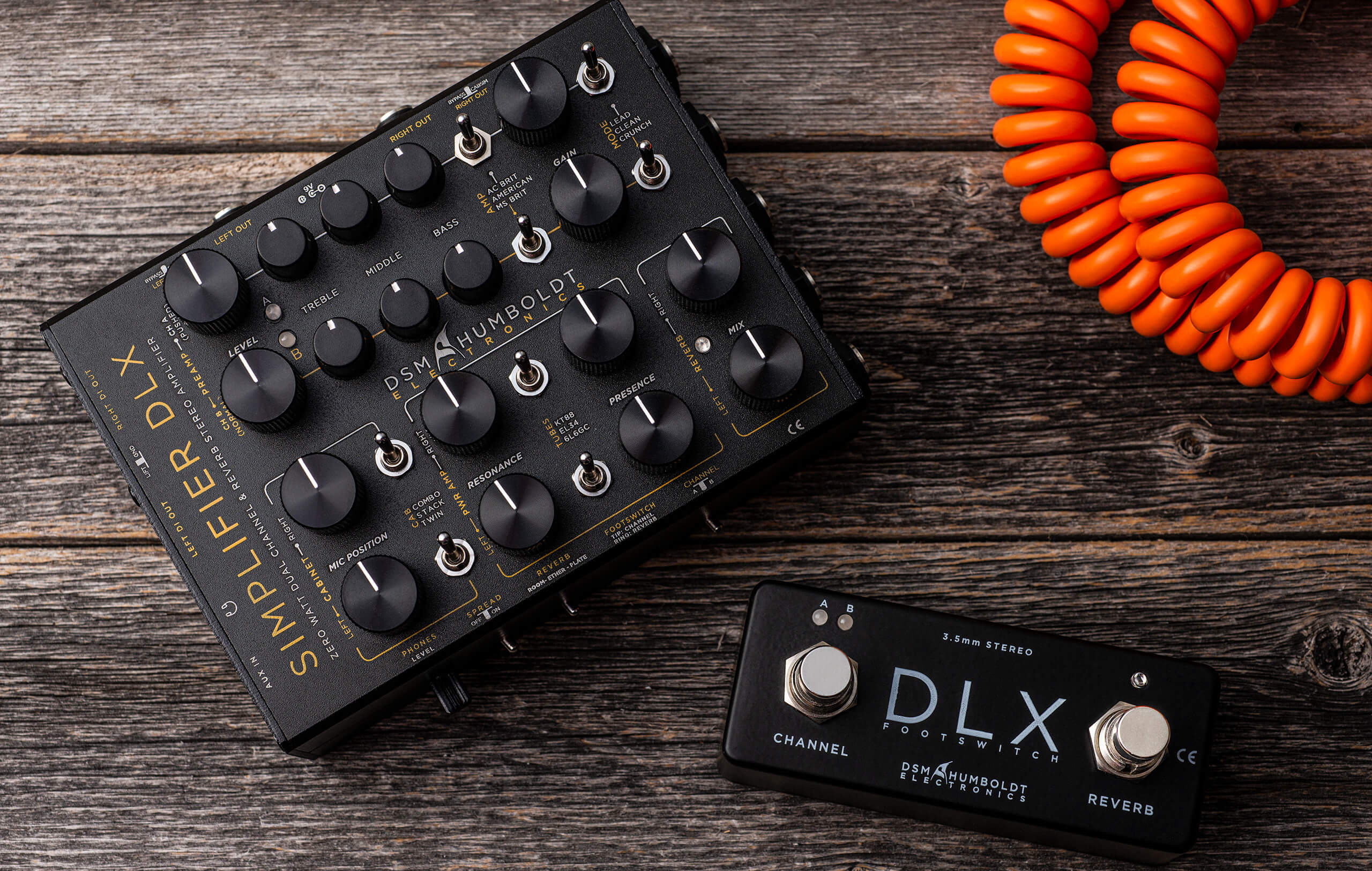 Tell you what, it takes guts to put 19 knobs, 18 switches and 12 sockets on something and call it a Simplifier. In fact, this is possibly the most un-simple pedal-sized guitar gadget we’ve ever seen.

But the DSM & Humboldt Simplifier DLX lives up to its name in another way: as a two-channel ‘amp in a box’ with speaker cabinet simulation and built-in stereo reverb, it can save you all the logistical complications inherent in wrestling with real amplifiers and microphones, whether that’s for gigging or recording.

The concept of the compact modelling amp is no longer the novelty it was when the Strymon Iridium first appeared in 2019, but what really makes DSM & Humboldt stand out here is that its emulations are all analogue. That was enough for the original one-channel Simplifier to win plenty of digital-sceptic fans – but the DLX version is a much more ambitious device. 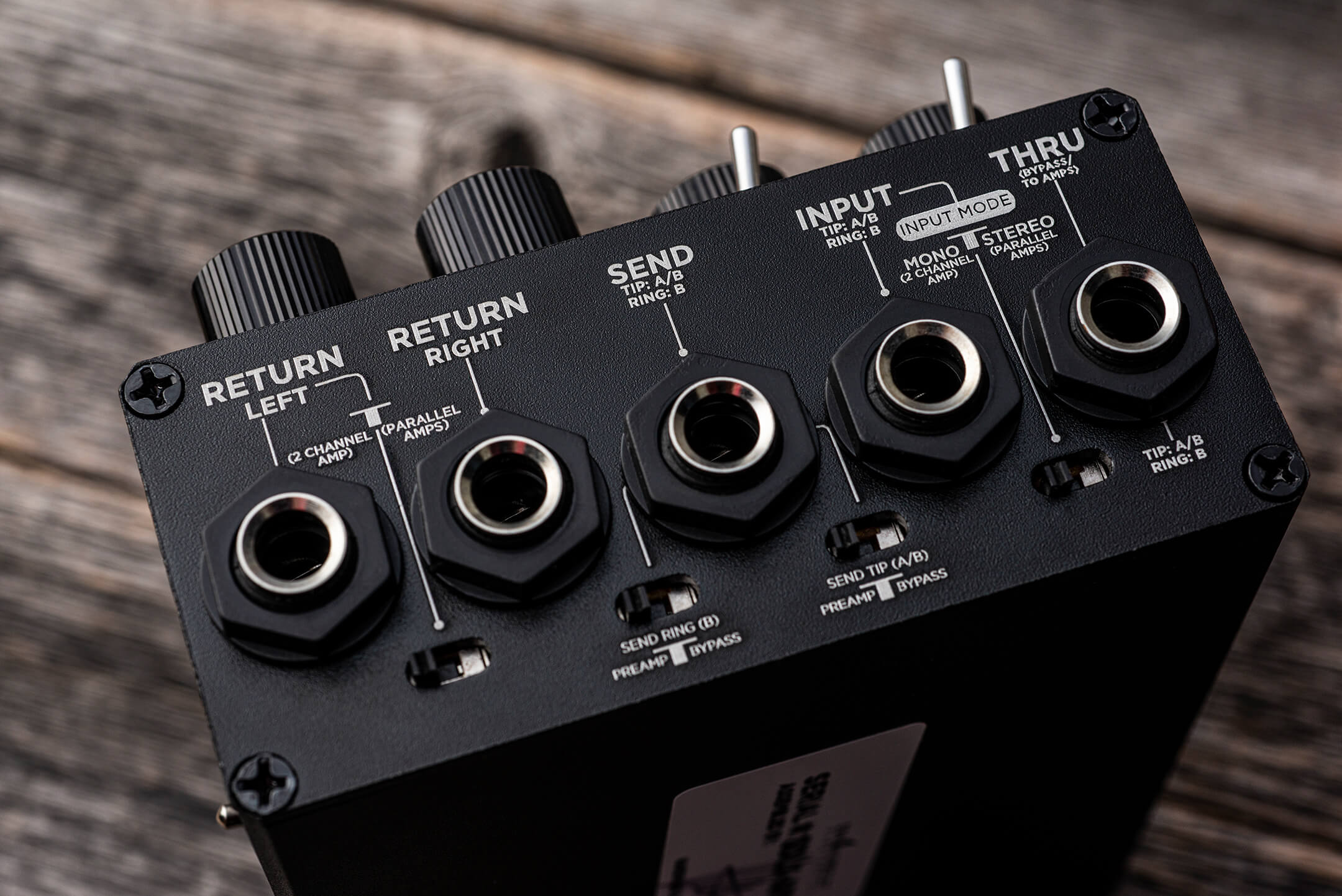 You probably guessed that much from the aforementioned knob-frenzy, but part of the reason for such complexity is that we’re now dealing with two preamp channels. This immediately opens up the joys of clean/dirty switching in mid-song… and yes, there’s a footswitch included.

Basic connectivity really is simple: plug your guitar into the main input, then take a lead from one of the outputs – jack or XLR – straight into your live PA or recording interface. But how to make sense of all those controls? Well, the key is to split the unit into top and bottom halves: preamp at the top, power amp (plus reverb, cab sim and virtual microphones) at the bottom.

Those top two rows are channels A and B, each with a three-band tonestack plus level, gain and – the really important bit – a pair of three-way toggle switches. One of these selects clean, crunch or lead gain; the other is for the amp model: ‘AC Brit’, ‘American’ or ‘MS Brit’. Are you thinking Vox, Fender and Marshall? Excellent work, Sherlock. 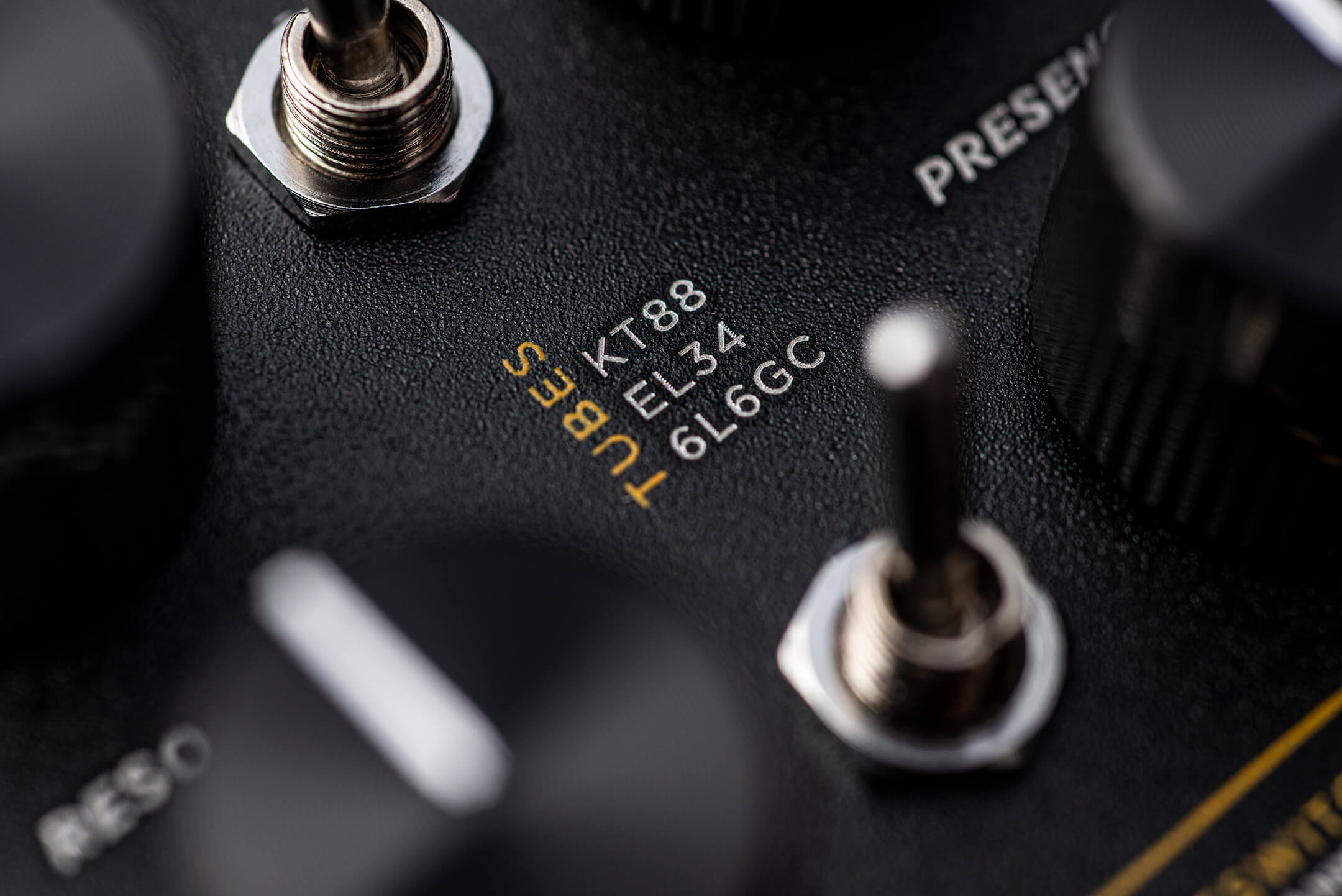 On the bottom half, the two rows represent left and right output channels: first up are mix dials for the reverb, the only digital part of the Simplifier DLX; then we come to the output stage, with controls for presence and resonance plus switches for KT88, EL34 or 6L6 valves; finally, we can pick from ‘combo’, ‘stack’ and ‘twin’ cabinet types and adjust mic placement.

And now let’s tackle all the extra stuff around the sides. On the front we find a preamp channel switch, a mini-jack input for the footswitch and a three-way mode selector for the reverb: room, plate or ‘ether’, the latter offering subtly modulated soundscapey largeness. Then there’s a ‘spread’ switch for putting left and right outputs out of phase, and a headphone level control.

That headphone output is on the left side, along with an aux input and stereo XLR outs. Then, moving round the back, we see left and right jack outputs, each with a switch for turning off the cab simulation – handy if you prefer to record using your own impulse responses. 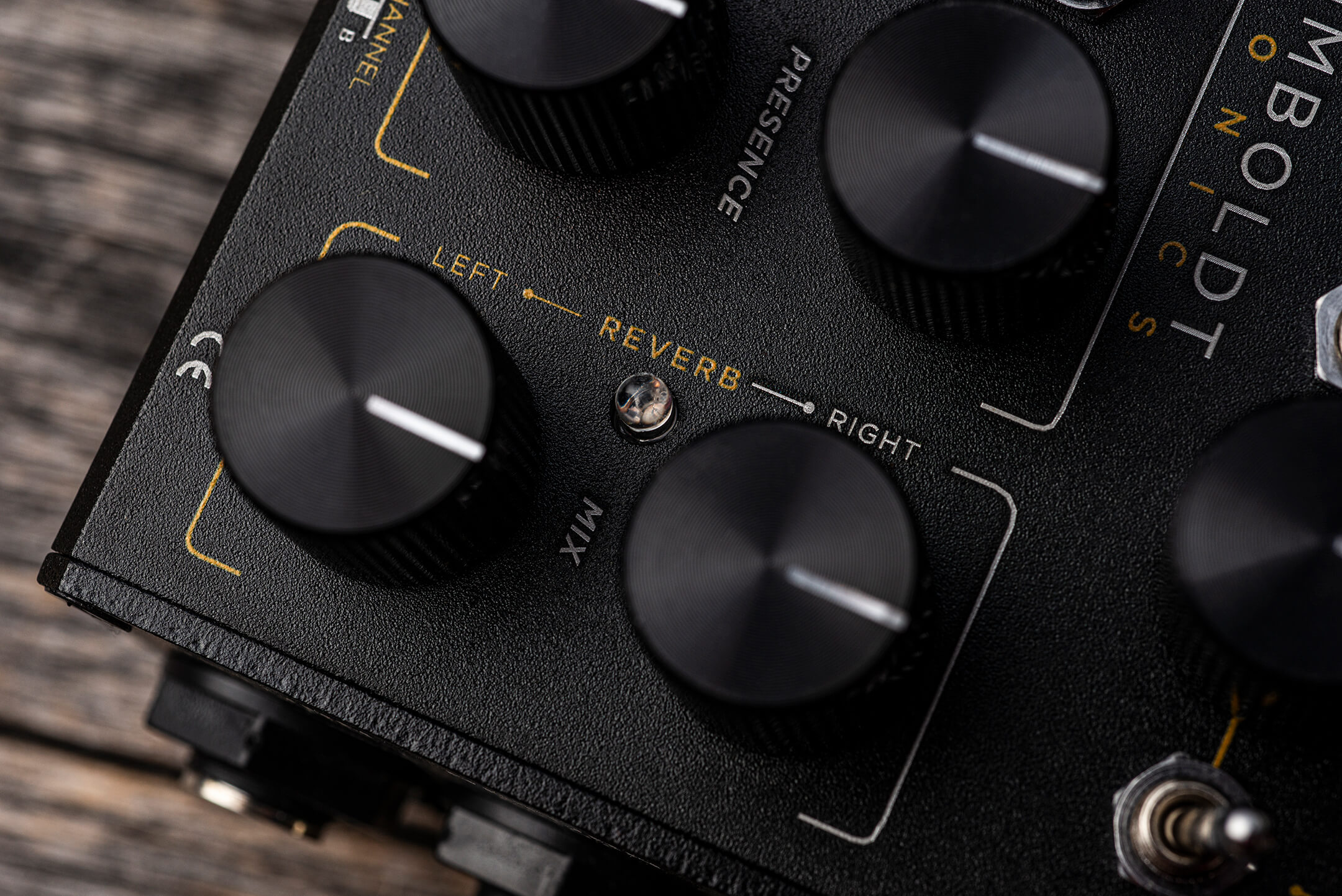 The right side panel starts off simply enough with a guitar input and a somewhat redundant ‘thru’ socket that bypasses the whole unit; but after that it’s time to go running to the manual, because the effects loop is accompanied by a potentially confusing array of four switches controlling the stereo routing. Depending on how these are set, you can send channels A and B to left and right outputs respectively, send everything to both sides, or even retain the stereo image coming out of your pedalboard – yep, the input is wired TRS and there’s a Y-cable included in the box.

With so many bits sticking out in all directions this thing does feel a bit like a rectangular hedgehog, but the switches seem sturdy enough. The one design element we don’t like is the use of white markers on shiny knob-tops – they can become totally invisible if the light hits them from the wrong angle. Otherwise, though, this Chilean-made unit is reassuringly solid. 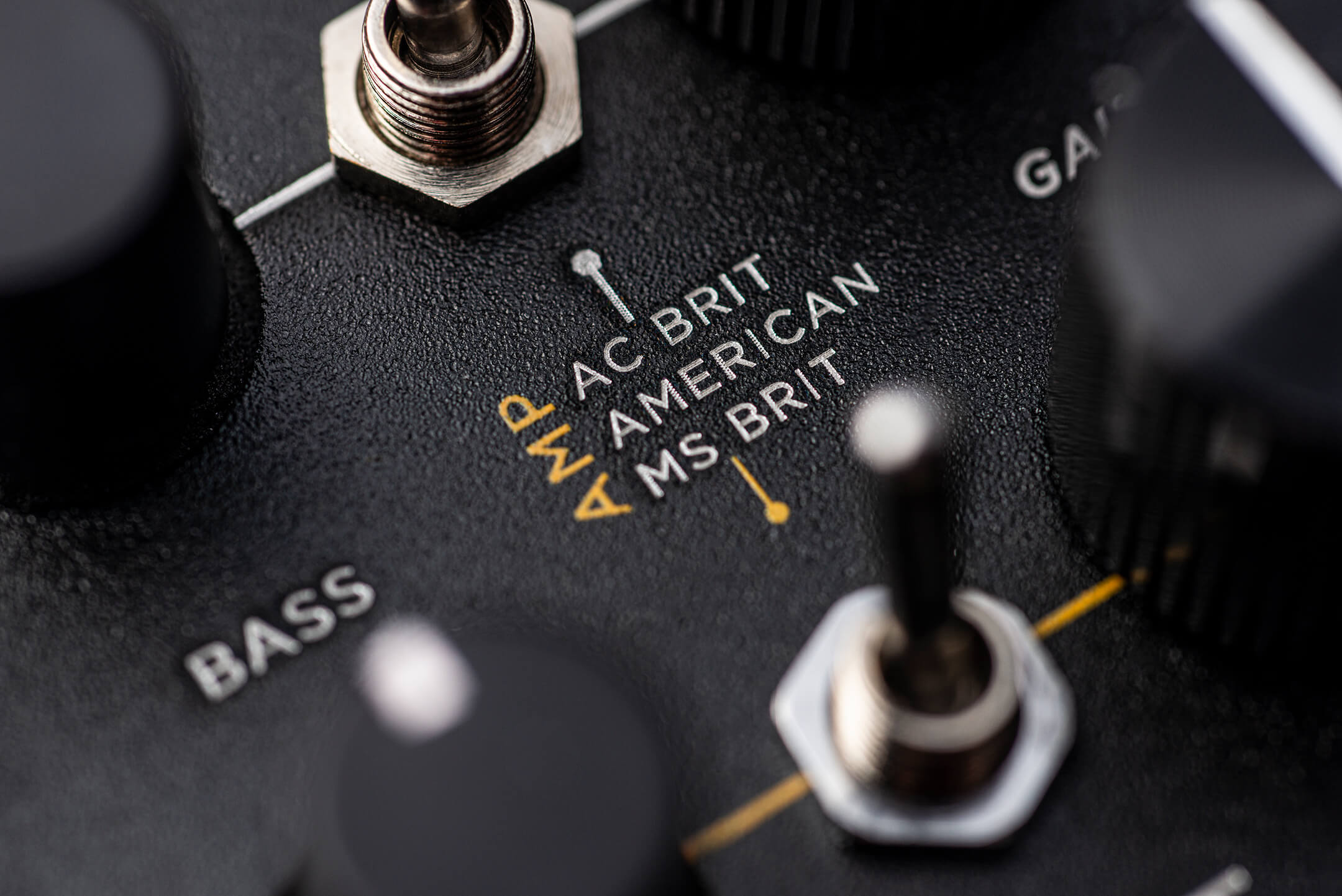 If only for the sake of the neighbours, we generally like to start clean – and in this case that means selecting the American preamp for some nice black-panel chime. Channel A has some extra asymmetrical clipping so we’ll stick to B for now, with gain set low, 6L6 output valves and the ‘twin’ speaker cab.

We’re pleased to report that it sounds a little more refined than the equivalent mode on the standard Simplifier, with a smoother all-round response and less midrange honk. There’s nothing here to rival the near-miraculous 3D realism of the Walrus Audio ACS1 but it’s a decent start, and the controls – especially those on the lower half of the unit – offer a lot of useful flexibility. 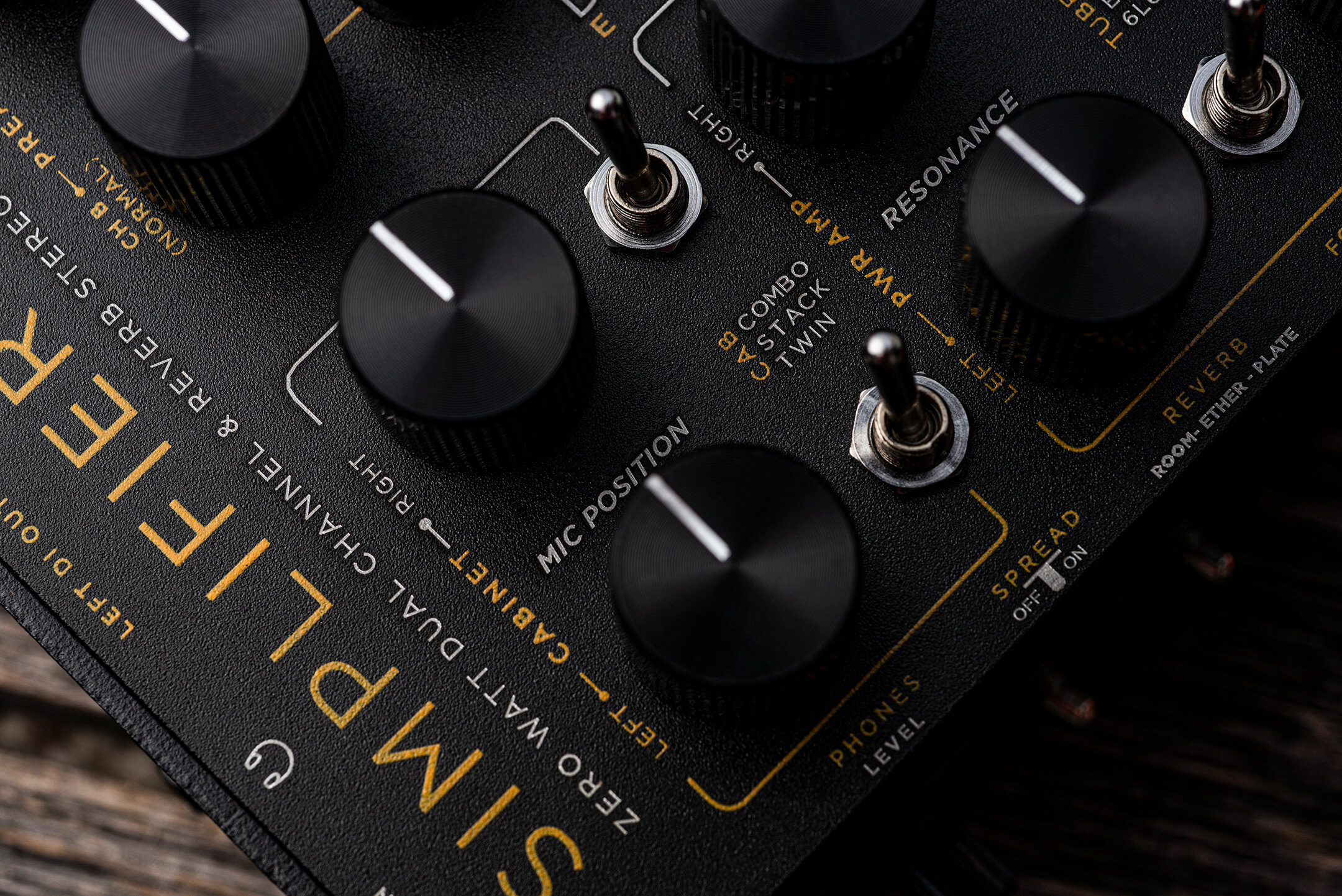 Changing the power valves doesn’t make a huge difference but the presence and resonance knobs certainly do, and it’s strangely rewarding to ‘move’ the virtual mics closer to the centre of the speaker cone and hear the tone sharpen up accordingly.

There’s plenty of gain available with this preamp model… but if you really want to rock out, you’re better off in one of the two British modes. With ‘MS Brit’ selected, the instinctive move is to flip to channel A with EL34s and the 4×12 ‘stack’ cab, and sure enough this brings mighty Marshall tones galore. The core voice is more ‘fizzing punk’ than ‘barking plexi’, but it’s basically enormous and you have a huge amount of control over both gain and EQ.

Now it’s time for some Vox action… and to be honest we’re not expecting too much here. Why? Because the Simplifier DLX makes no attempt at all to emulate the all-important output stage of the AC30: there are a lot of switches on this device but none marked ‘EL84’, ‘cathode bias’ or ‘no negative feedback loop’.

And yet, this turns out to be about the zingiest imitation of Vox tone we’ve ever heard. The preamp has clearly been modelled on an amp with a healthy Top Boost circuit, because it’s all about the fresh and frisky treble. Maybe it’s not quite as well-rounded as the real thing, but it’ll have no trouble cutting through a mix – and you can always boost the bass by maxing out the resonance or even switching to the 4×12 cab. 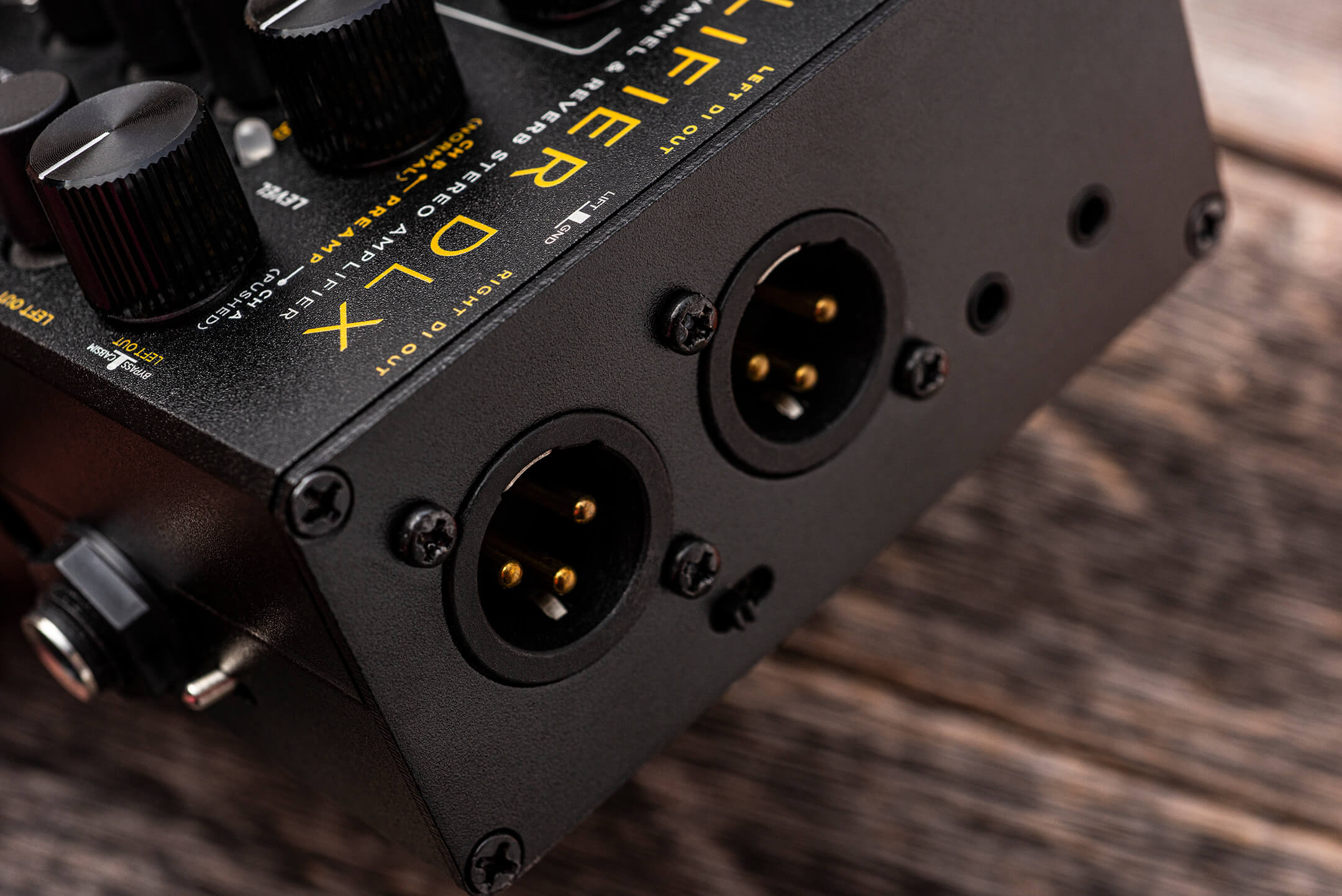 There’s lots more potential for mixing up models, though in general each amp tends to sound best with its own matched cab – well, those old tonal templates are worshipped for a reason. But it’s easy enough (once you’ve got your head around all those little switches) to set up completely different settings for the left and right channels, enabling you to record a part on two amps simultaneously and blend them at will in the mix.

So, how does this proudly analogue device fare when it strays into the digital realm? Really well, actually: we have no complaints at all about the three reverb algorithms. We’re surprised there’s no spring option but the room and plate sound just as they should, clear and natural in glorious stereo, while the ‘ether’ setting offers the kind of immersive dreamscapery you really don’t expect from a unit of this nature. It’s a proper ‘crank it up and bliss out’ job and we like it a lot.

Ethereal reverb washes are a strange place to end our tour of what is, at heart, a pretty conservative piece of kit – one that owes more to the trusty old SansAmp than it does to the Iridium. But that just shows how the Simplifier is expanding its tonal horizons, and there’s nothing wrong with that. 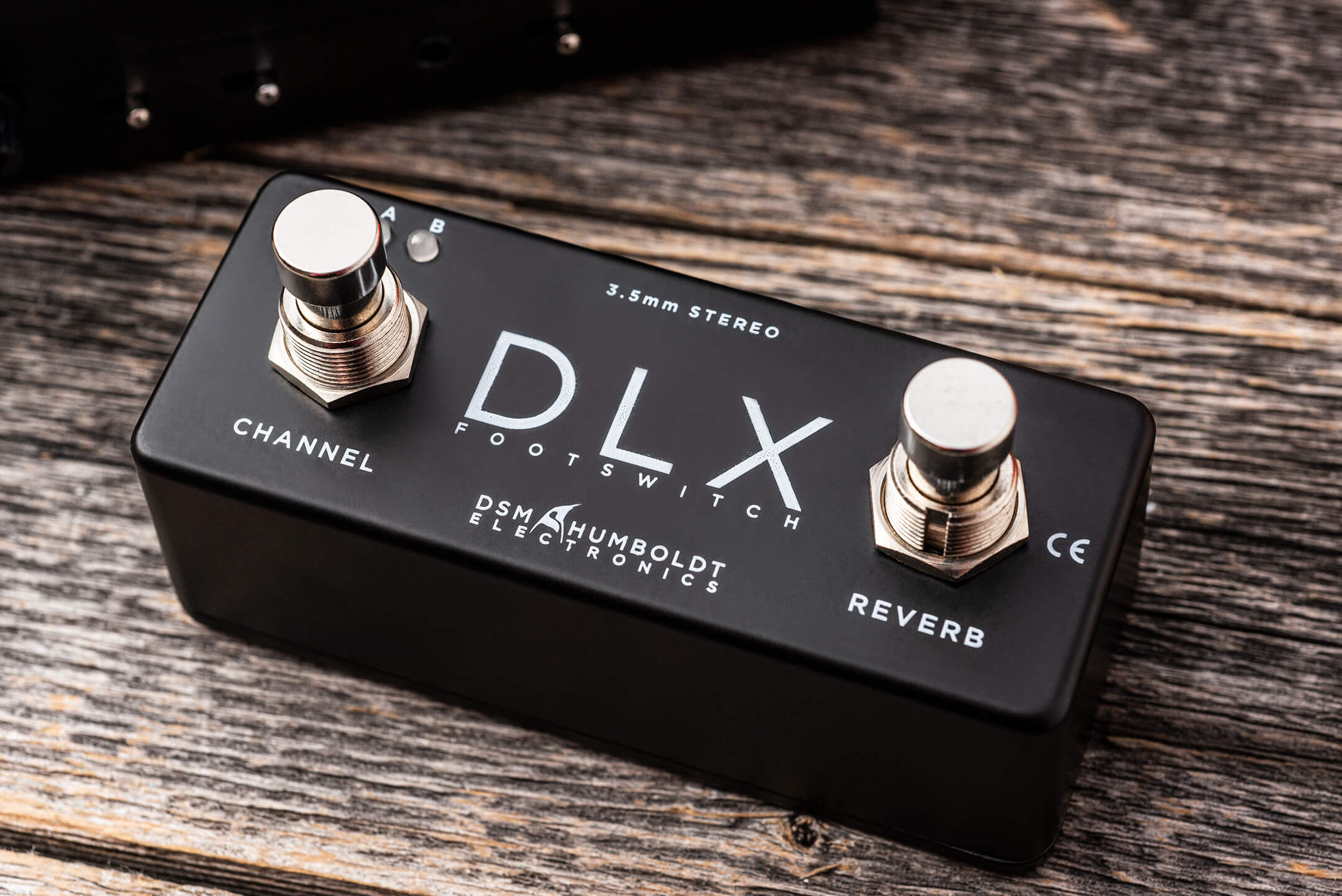