US luthier Andrew White teams up with Korea’s Artec on affordable versions of his hand-built guitars. 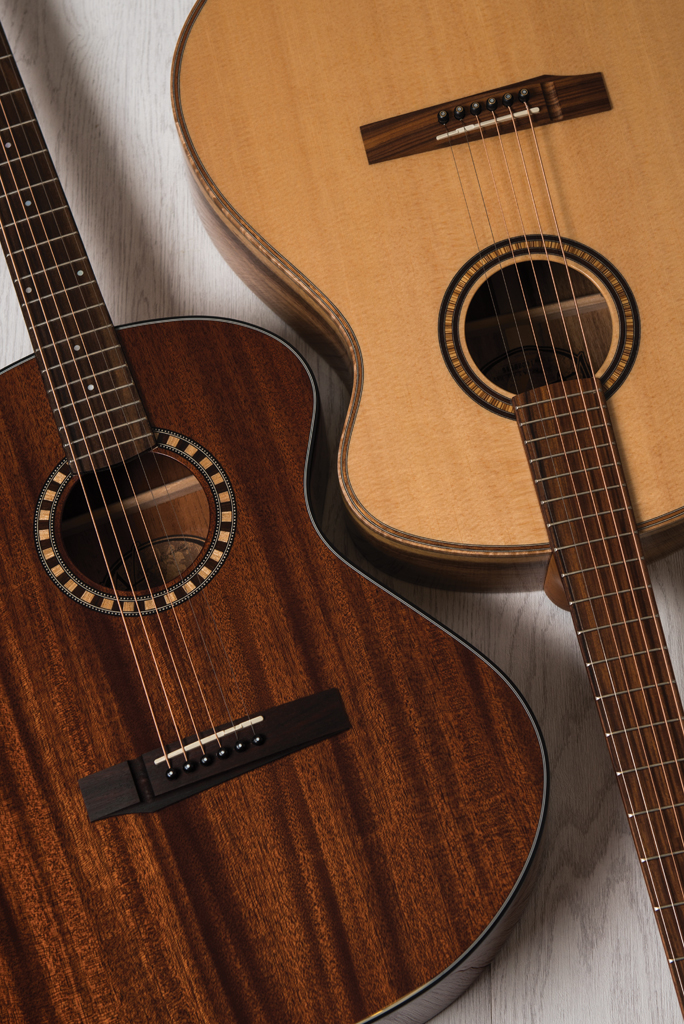 Andrew White is a West Virginia-based guitar builder and designer who has been researching and refining acoustic guitar construction for over two decades. His guitars are divided into four distinct series – the Luthier’s Collection, the Decker’s Creek Series, the Signature Series and the Production Series.

These two guitars are from White’s entry-level Production Series. They’re made in a purpose-built Korean factory and combine White’s custom body style and design concepts with traditional bracing and all-solid tonewoods. 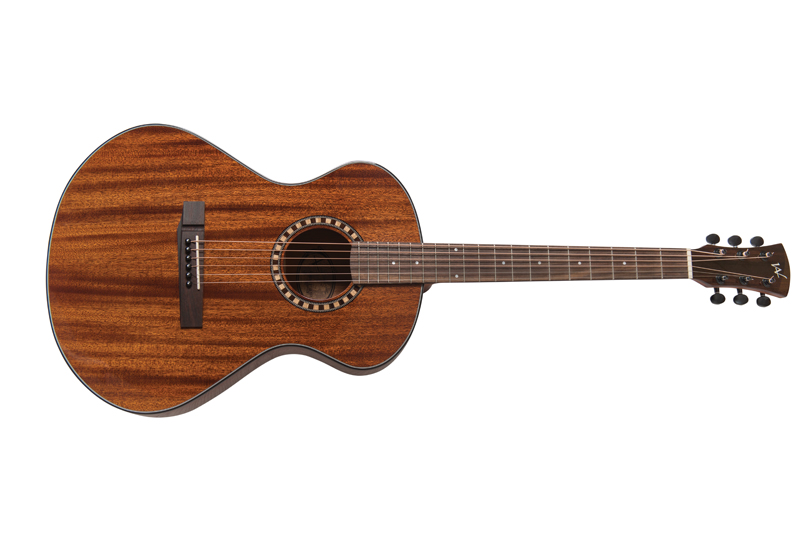 This is the first time I’ve played a guitar made from solid jatoba wood, and this one even has a jatoba top. It’s a South and Central American timber that’s also known as Brazilian cherry. You might assume it’s sapele, but the colour is richer and darker. White has gone for an asymmetrical bridge design that may or may not serve a purpose, but certainly looks stylish.

The headstock does too, and appears a lot like one of Stefan Sobell’s. Both of these instruments have Nubone nuts and compensated saddles. The tuners are the sealed type with an 18:1 ratio and black plating, and the frets are medium jumbos. 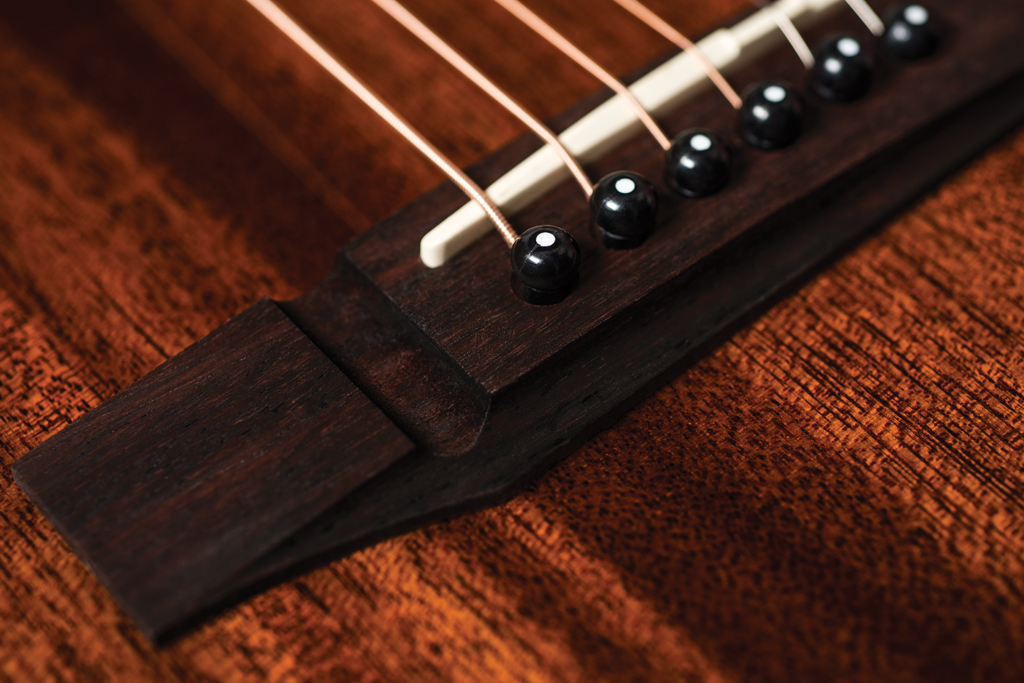 For a small guitar, the Cybele is surprisingly loud. It doesn’t have the pingy brightness of spruce, but it’s still plenty bright enough; the treble has some of the rounded and sweetened quality I would associate with a mahogany or koa top. A strum across the strings of an open chord reveals a full and nicely balanced tone.

The midrange is prominent and there’s a slight volume kick on the B and top E strings. The body also contributes a slightly boxy thump in the low mids that lends a traditional sonic character to this contemporary-looking guitar. 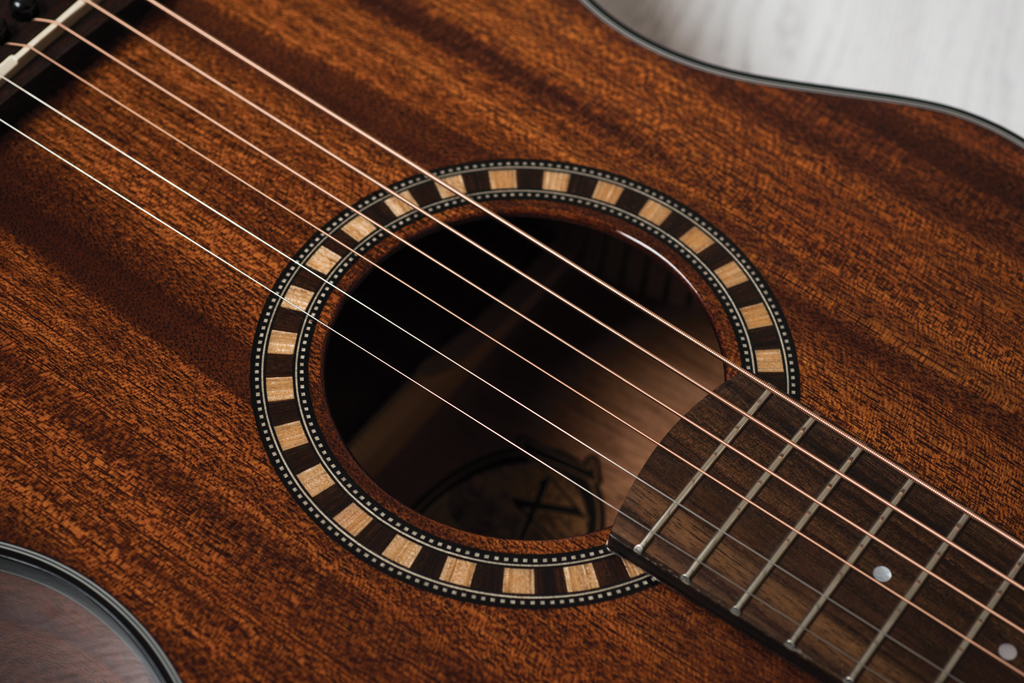 The bass end isn’t especially strong, but whether that’s down to the body dimensions, the jatoba or both is a matter for conjecture. Although the bass frequencies roll off on the A and low E strings, the notes ring out clearly thanks to the harmonic overtones. This becomes more apparent in dropped tunings as harmonics dominate the fundamental frequency. So, it’s a bit

like a `large-bodied’ parlor guitar. There is a slightly rough-hewn bark to the sound, that works well with Robert Johnson-style bluesy fingerpicking and hillbilly rhythm work. Playing bottleneck is enjoyable too, although I needed to use a thumb pick to get the bass strings to balance with the trebles.

There’s an arid hardness to the tonal quality that’s not unlike maple. This, coupled with the fast attack and decay on the low strings, makes some licks sound as if they’re being played on a Dobro. Although the Cybele doesn’t have an `expensive’ sound, it produces a high-quality tone and it’s a whole lot of fun. 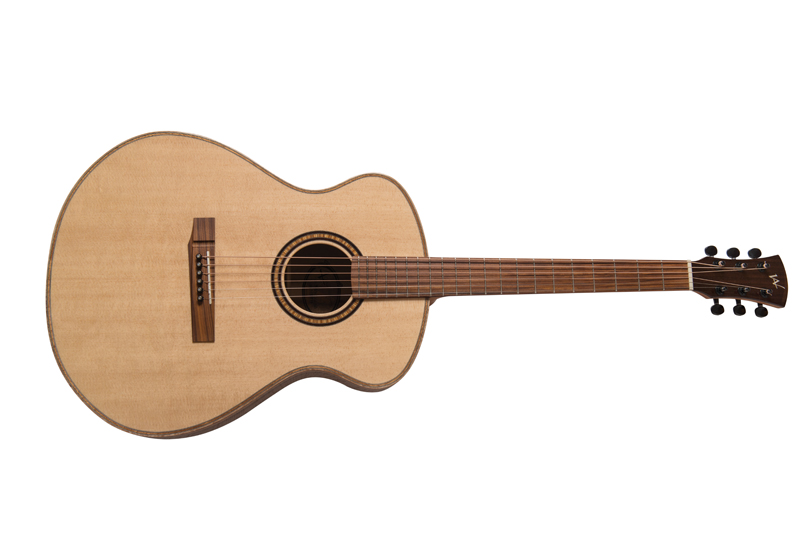 The choice of blackwood for the back and sides, pau ferro for the bridge and fingerboard and flame maple bindings creates an attractive softer colour palette. I particularly like the rosette, which is described as an “exotic wood circle”. The neck is joined to the body by a traditional glued dovetail. Made from Spanish cedar, it has a stacked heel and scarf-jointed headstock. Like the Cybele, it has a gloss body with a satin neck and the build and finish quality are impressive.

The Freja’s medium-depth C-profile neck feels identical to the Cybele’s and the tuners are ultra-smooth and precise. The guitar is an all-rounder that’s brighter, louder and deeper than the Cybele. The low-mid punch is a common feature, but here it’s without boxiness.

The sitka spruce top does exactly what you’d expect; there’s a lively transient response, a silvery shimmer and plenty of harmonic complexity. So what about the blackwood?

I hear some of the depth I’d associate with rosewood, with a warmer woodiness to the up-front midrange that’s more mahogany-like. Testing the tap tones, you can work your way along the centre line and play a scale with five distinct notes. 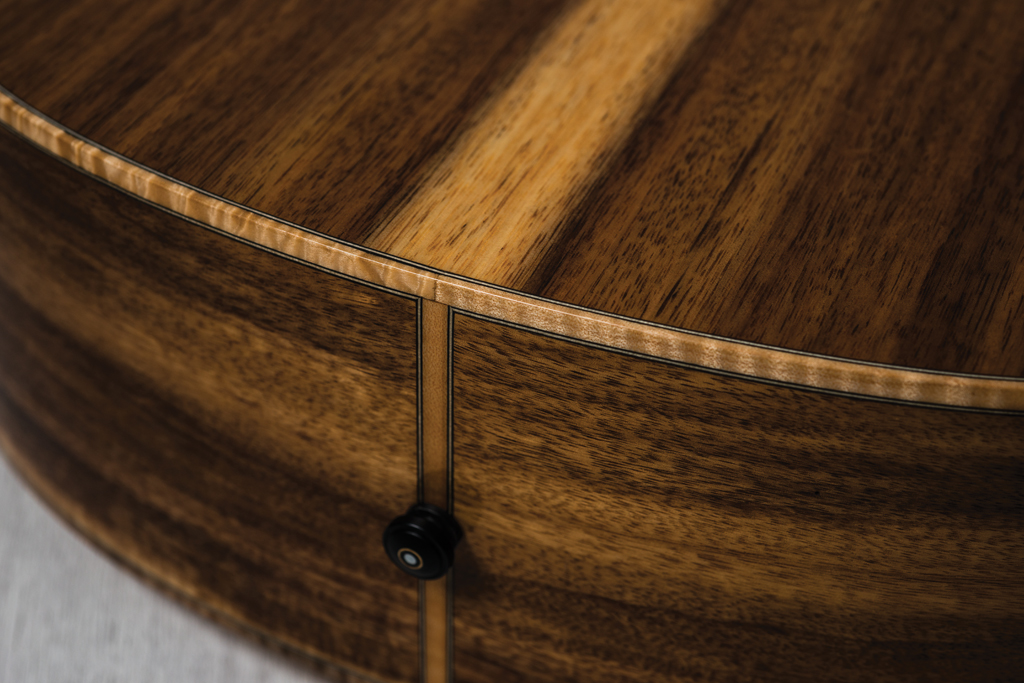 The frequency response more or less tallies with an OM or 000 guitar, particularly the feathery treble that may come courtesy of the scalloped bracing. The bass is focused and proportionate rather than hyped or booming, but it’s more woody thrum than pingy twang.

In simplified terms, it’s like a Martin up-top, with a hint of Gibson J-45 at the bottom and a mixture of both in the middle; I felt equally happy picking out tunes with my fingers and strumming rhythm parts. Although there is plenty of harmonic action, it doesn’t clutter up chords, so voicings and grace notes come through clearly. The Freja holds together well in dropped tunings too. I took the low string down to D and C, and it retained its power and definition.

As someone whose first love is the electric, I appreciate an acoustic that doesn’t make me work too hard – and I’m not referring to the action. I look for an acoustic that responds to a lighter touch and doesn’t have to be played hard before it delivers its true tone. For me, harmonic overtones are the overdrive of the acoustic world, and I appreciate long sustain for soloing. These guitars tick all those boxes with aplomb. 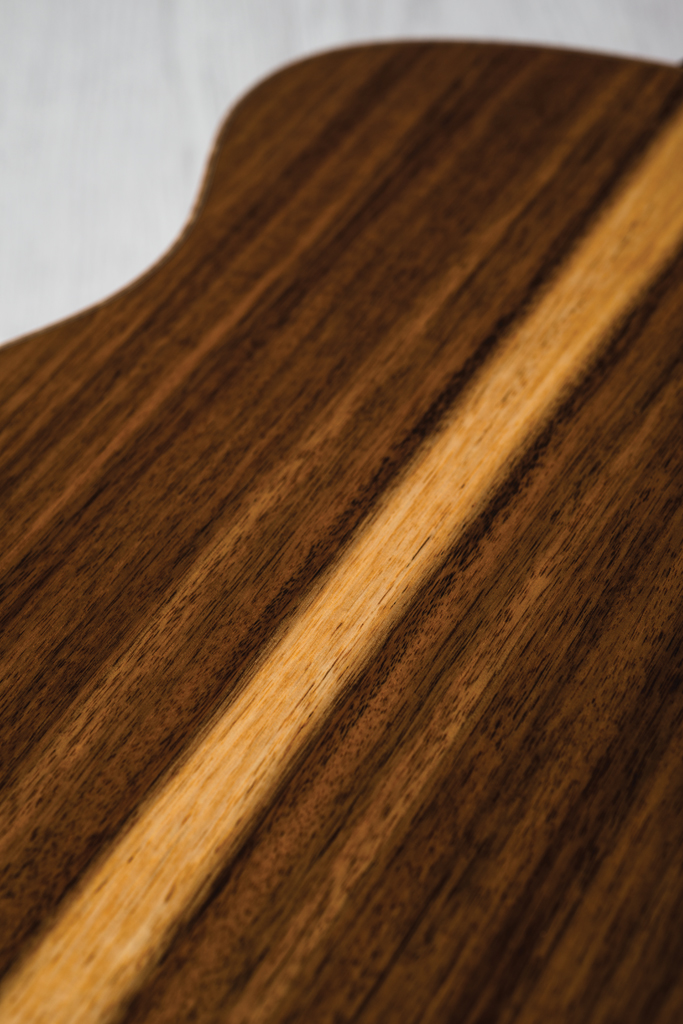 The factory origins become apparent after you’ve been playing for a while. It’s the small details, such as the sharp corners of the nut and saddle, or the way fret buzz accompanies certain notes. To be fair, any issues are minor and most competent DIY-ers could soften those edges with a needle file.

These are fine-sounding guitars with tremendous upgrade potential. The quality of the build is as good as it gets at this price point, and it’s always intriguing to hear new tones from unfamiliar timber. 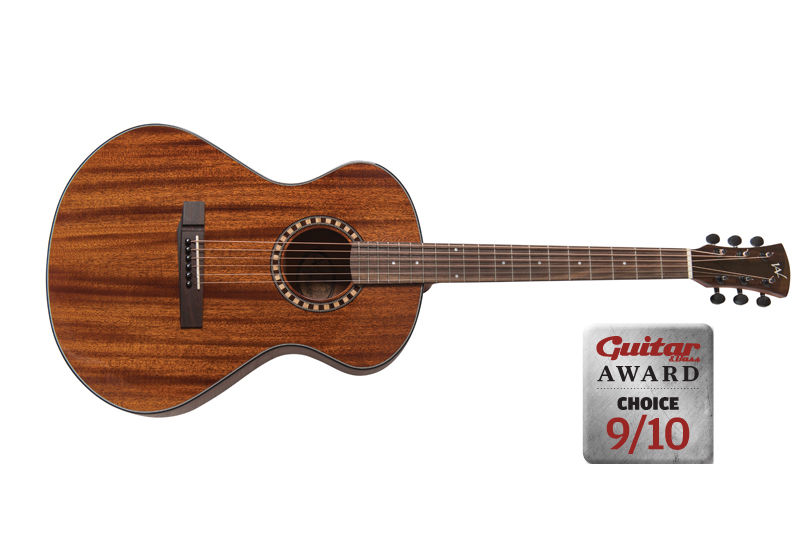