This new parlour guitar blends tone and playability with a vintage vibe and bargain price. James Stevens gets his blues on… 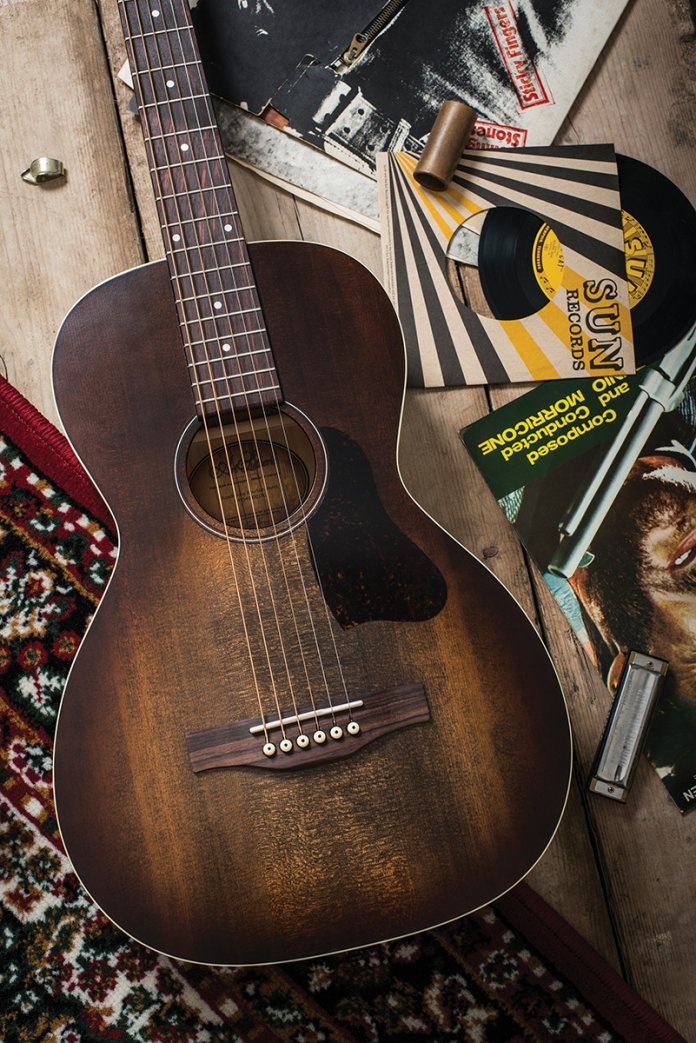 Small-bodied guitars are cool. Their portability, sweet dynamic range, and comfortable-to-play dimensions have proved extremely popular. Most manufacturers nowadays offer ‘mini’ models, but Art & Lutherie’s Roadhouse series of acoustics and electros tick that box while pointing firmly at the past, with vintage styling and pre-war aesthetics.

Art & Lutherie is part of the Godin family, which is keen to show off its green credentials. The use of sustainably sourced woods on our review model is a case in point.

Straight out of its padded gigbag, the Roadhouse can’t fail to impress, and you can almost smell the smoke-filled clubs of the 1930s. The solid spruce bookmatched top boasts a skilfully applied semi-gloss Gibson-esque ’burst. To add to the traditional feel, the guitar’s shoulders are slightly sloped and the open-geared tuning posts and seats are an antique brass.

The binding has an off-white hue, as do the tuner buttons and bridge pins. It’s perhaps a shame then that the Graph Tech nut and saddle are bright white – a similar tint would have been more fitting. If the Bourbon Burst isn’t your thing, the Roadhouse is also available in Faded Black and Tennessee Red. 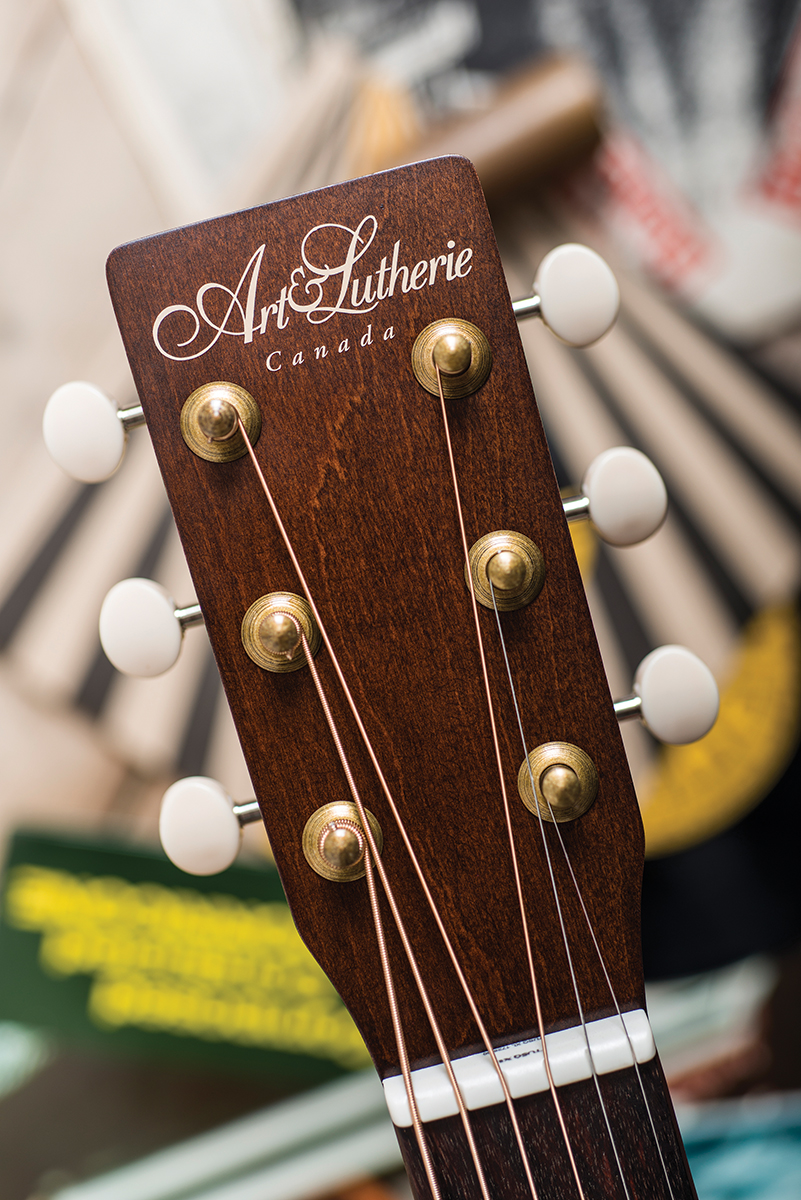 Back and sides are a three-layer wild cherry laminate, described as ‘solid’ thereby differentiating it from HPL. The bridge is rosewood and so is the fingerboard, which is home to 19 medium frets and white plastic dot markers. The two-piece neck is Canadian silverleaf maple. In fact, 95 per cent of this guitar is made from Canadian wood, no doubt thereby helping to keep shipping costs and, in turn, the final SRP down.

The overall built quality on display here is excellent. The paperwork that accompanies the guitar says that the guitar is ‘hand crafted’ in Canada. While it’s unlikely that the entire guitar has been formed with just chisels and sandpaper, there’s nothing to justifiably complain about in terms of the guitar’s finish, presentation or quality control. 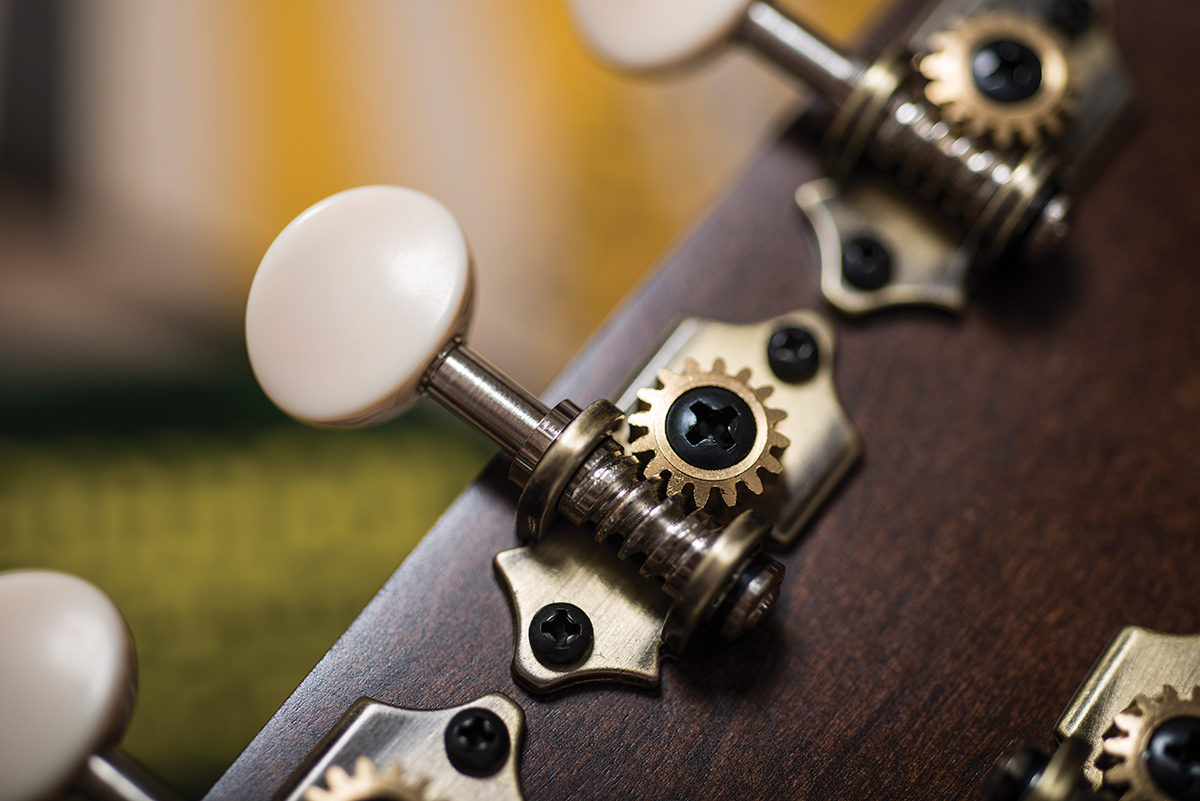 In terms of the Roadhouse’s performance, the diversity of tonewoods used yields a gratifying timbre. Silverleaf maple falls into the same category as mahogany, while cherry is sometimes described as splitting the difference between spruce and cedar. Add in the spruce top and you’d expect a defined, rich and projective midrange tone.

In reality, however, the Roadhouse sounds as it looks, and is well suited to fingerstyle playing. Arpeggios and open tunings sing out with a sweet clarity and a comparatively impressive amount of sustain. The tone tends to make you want to play blues-style fingerstyle, and this is where the Roadhouse excels. 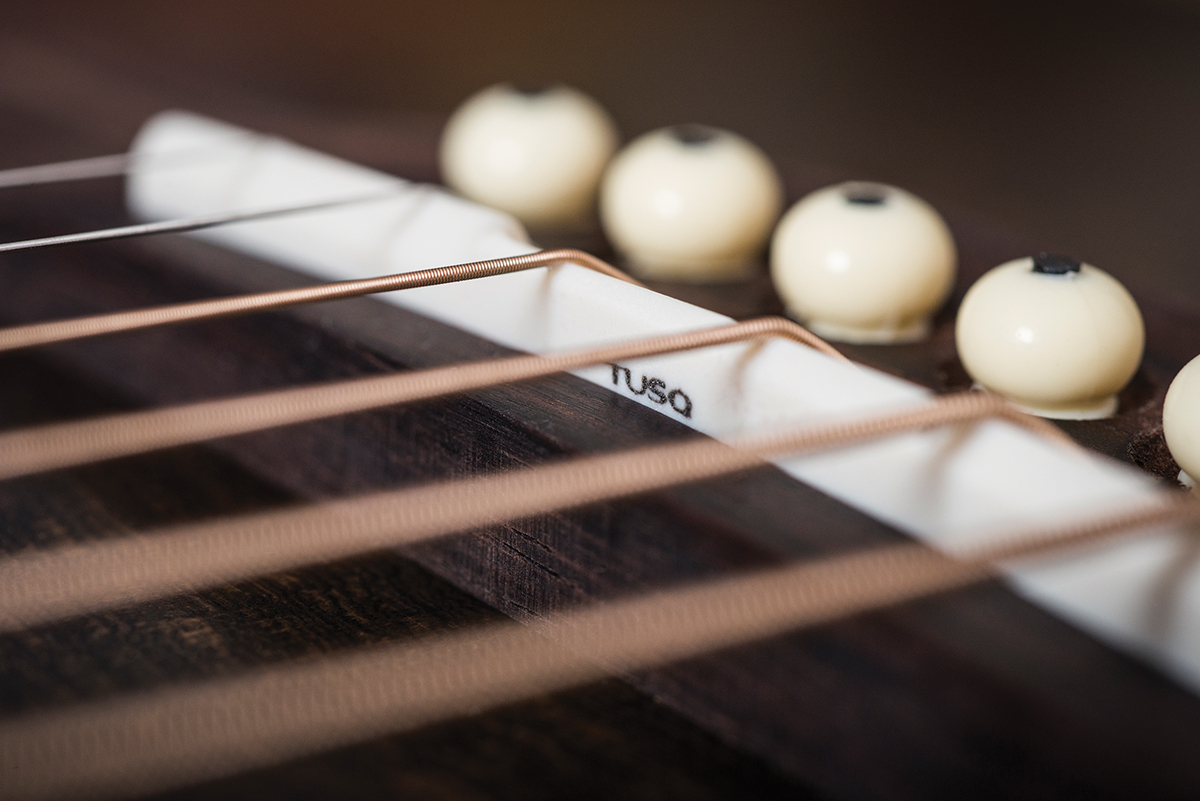 Aggressive strumming with a heavy pick reveals its limitations, but that’s not really the point. If you want to knock six bells out of your acoustic, buy a dread!

One luthier once described making parlour guitars as ‘shooting through a smaller window’. If that’s the case, the Roadhouse has hit the bullseye. It’s a great looking, well-built guitar and, while it’s not the most versatile, it does what it does very well indeed. 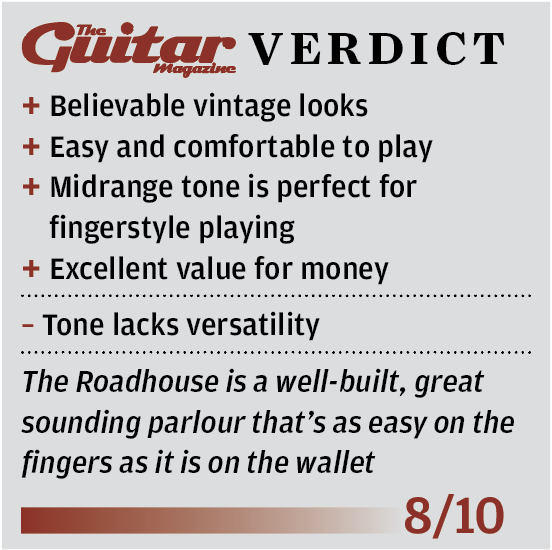 Alan White, drummer for Yes and John Lennon, dies at 72

“This is what I’ve heard in my head for so long, it feels like a big exhale!” David Knudson on how he’s pushed the...