Need more control over volume without affecting your tone? This updated Unleash is both attenuator and re-amper. 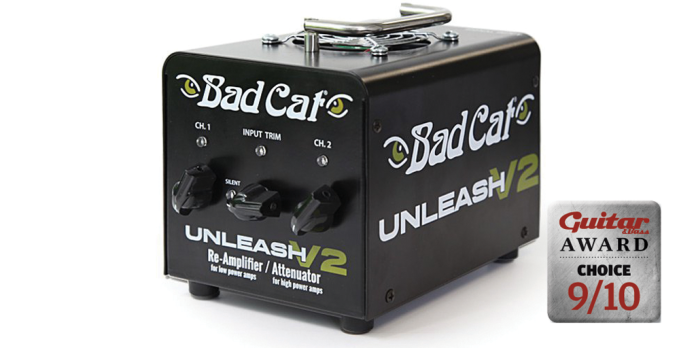 Like the original Unleash, the V2 is a 100-watt Class-D amplifier that’s smaller than a shoebox and weighs only 2.5 kilos. Yet plug your amp’s speaker connection into the V2’s input and connect the speaker to its output, and you can adjust volume from bedroom to drummer-deafening levels without messing with your amp tone.

There are still three controls on the front panel – input trim and a volume control for each channel. You can pre-set two levels and footswitch between them and there’s an effects loop, too.

When I reviewed the first version of the Badcat Unleash, I observed: “switching the source amp to standby demonstrated that the Unleash produces virtually no noise and its cooling fan is silent”. Sadly, that’s no longer the case and the V2’s fan produces both an airy whirr and a lower frequency rumble. It’s now noisy enough to compete with the actual guitar sound, when it’s attenuated to nighttime practice levels.

Comparing the V2 to an L-pad attenuator at bedroom levels, the V2 sounded a bit brighter and maybe clearer, but the L-pad had a fatter tone and a felt slightly fuller and more natural. If you’re considering the purchase of an attenuator for level reduction, there are cheaper, quiter alternatives that arguably sound better. 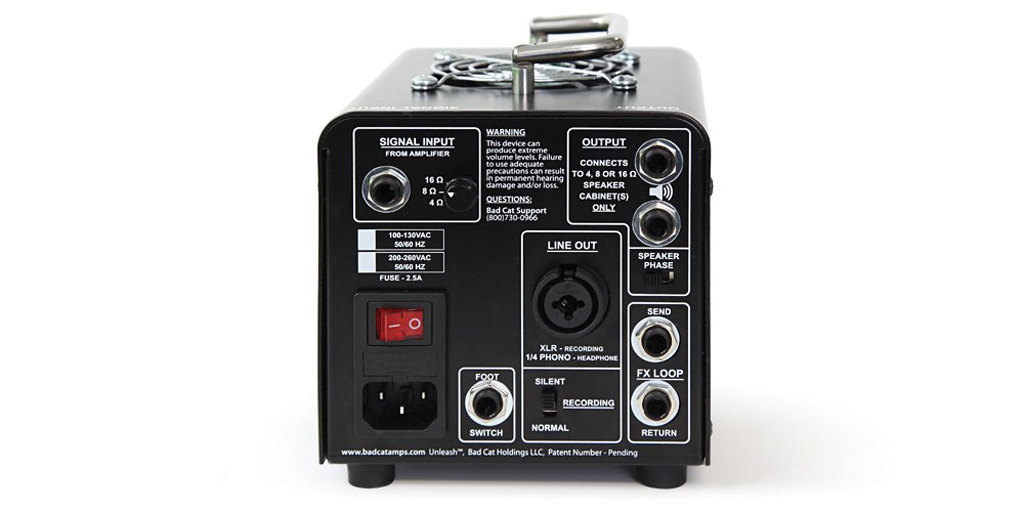 Fortunately, though, the V2’s raft of other features more than compensates. When used as a power amp, any fan noise becomes inconsequential and you can dial your favourite amp tone and feel at any level you might need.

Playing a Champ, Deluxe or 18-watter with a loud drummer becomes perfectly feasible, with no need to push the amp further into overdrive just to get yourself heard.

Listening very critically indeed, the V2 slightly thins out the tone, with a slight hint of extra fizziness in the upper mids. The rival Fryette Power Station’s valve circuitry has more purist appeal and its reputation for sound quality is thoroughly deserved; however, the V2 scores higher in three key areas.

It’s small and light; it provides two level presets that can be footswitched and it has an effects loop. The speaker-phase switch is also great for when you may be using your onboard speaker with an extension cabinet powered by the V2. If they’re not in phase, no problem.

Most will welcome the abandonment of Speakon connectors and the need for specialised cabling. The silent mode, headphone out and choice of input- impedance settings enhance the V2’s functionality and add real value.

Despite very slight reservations about the sound quality when the V2 is used as the sole speaker source, it really comes into its own when there’s a direct connection between the amp and speaker, and the V2 is run from the extension socket to drive an extension cabinet for the extra level required. In summary, it’s the gigging amp that’s small enough to carry inside the cab of your favourite studio amp. 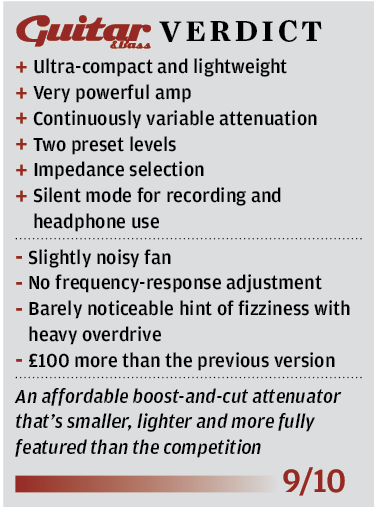