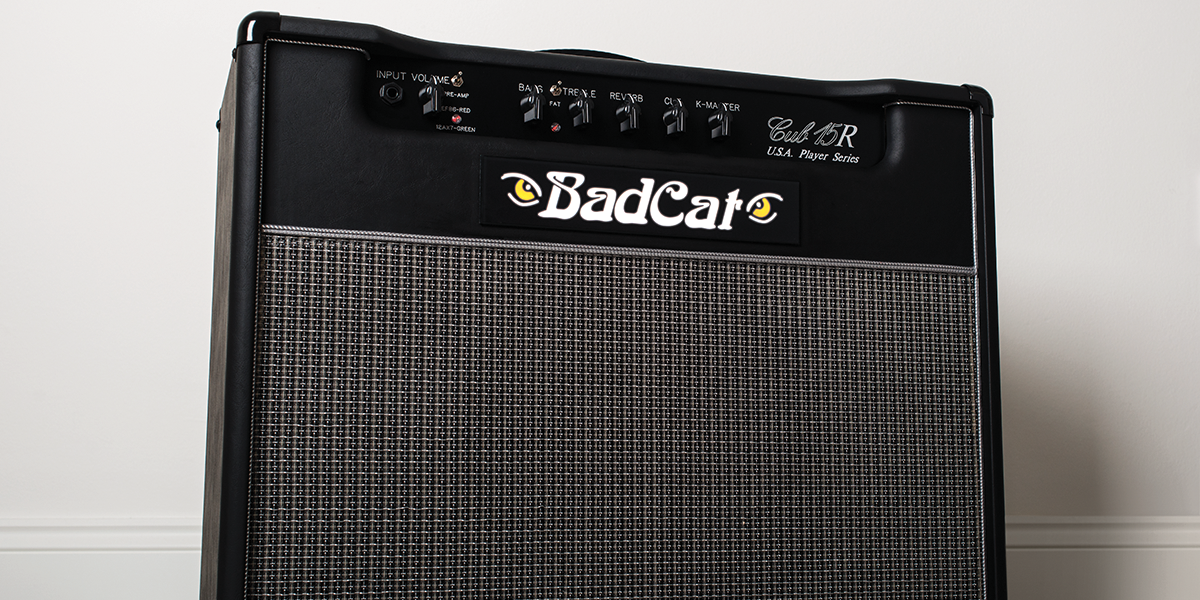 We first got our hands on Bad Cat’s prototype USA Player Series amps at Winter NAMM back in January 2016 and even amid the aural blizzard of the show floor we were impressed, particularly by the 15-watter. Months later, in considerably quieter test conditions in sunny South Wales, here’s the production version.

Most people will know Bad Cat as the company founded by former Matchless designer Mark Sampson back in 2000. Though Sampson left the building a decade or so ago, under president John Thompson Bad Cat continues to manufacture high-end valve amplifiers that embody the boutique amp ethos that Sampson helped popularise back in the early 1990s.
It’s not all about looking back though, and here on the USA Player Series Cub 15R, Bad Cat has swapped its customary hand-wired, point-to-point construction for PCBs – including PCB-mounted valve bases – and introduced plate-style digital reverb instead of a spring tank, all to drive down costs and assembly time and make for a more affordable amplifier for the real-world player.

Rather than outsource these models like some sort of ‘budget’ line, the USA Player Series is still hand-built in Bad Cat’s Irvine, California facility featuring components and proprietary transformers consistent with those in the company’s hand-wired Legacy Series amplifiers. The simplicity of the signal path has been maintained deliberately, but Bad Cat suggests that the USA Player Series amps feel “a little more forgiving” than its costlier units. 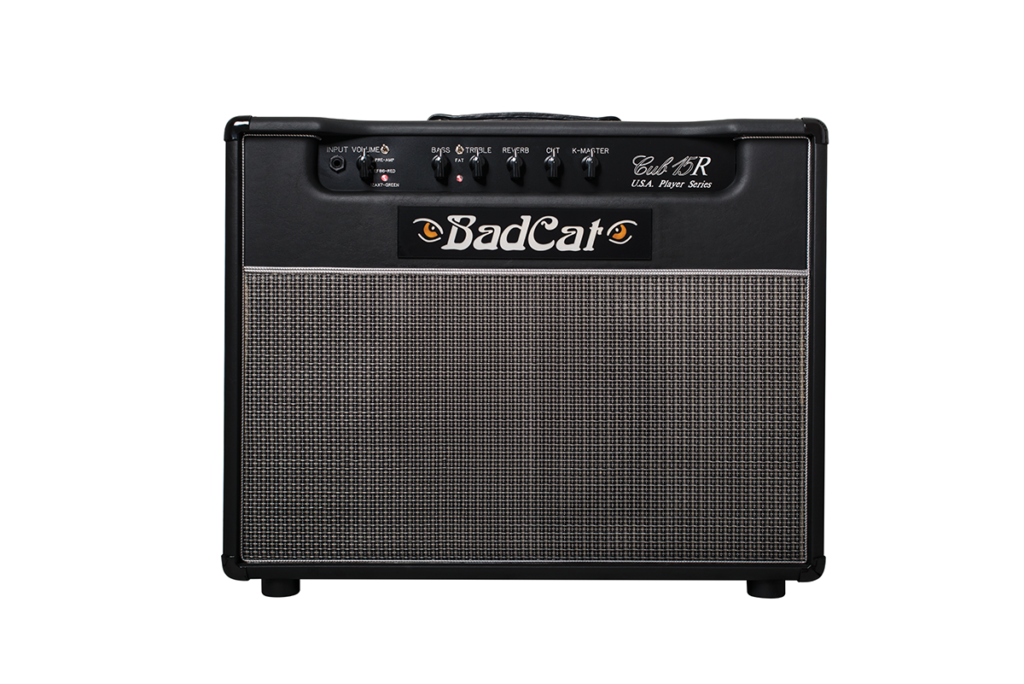 Bad Cat USA Player In Use

On powering up, we’re greeted with the customary glowing logo and plugged in, though it may be a touch softer in terms of attack, there’s a punch and an immediacy here that you don’t often get from PCB designs, combined with the compression characteristics of a good dual-EL84 circuit.

Thanks in no small part to the efficient custom Celestion Vintage 30 and spacious, Baltic birch ply cabinet, this 15-watter has no difficulty being heard unmic’d at a gig with a drummer, but happily the K-master control (another feature from the Legacy Series, it’s effectively a separate amplification circuit post phase inverter that’s able to drive the power amp independently to the preamp) allows you to set your desired level of clean headroom with the preamp volume and dial in the overall output level to suit a variety of environments.

The original Sampson-era Cub was a descendent of the Matchless Lightning. The USA Player 15R’s tones are definitely from the same Vox Top Boost-inspired branch of the amp family tree, but there are several gears of chime and growl available thanks to switchable 12AX7/EF86 V1 preamp valves and a fat boost. The EF86 mode is a little more aggressive and complex, with more perceived volume, than the 12AX7 setting, but our favourite sounds are in the mid-breakup zones of both voices. 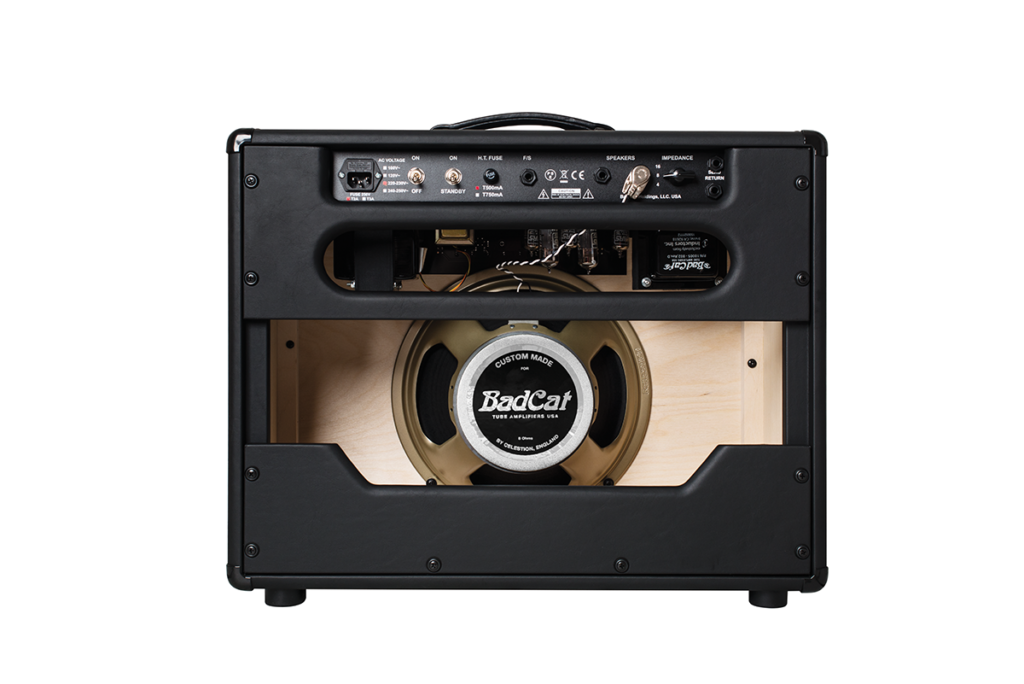 Various sweet spots exist between 10 and 2 o’clock depending on your choice of guitar, and touch dynamics, chime and bite are present in abundance. The Cub 15R marries particularly well with PAF-style humbuckers and really brings them to life. Aside from a touch more mains hum and hiss than we’d like and the reverb being functional rather than sumptuous, there’s much to admire here. 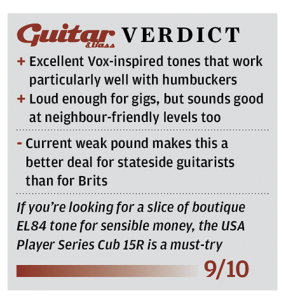