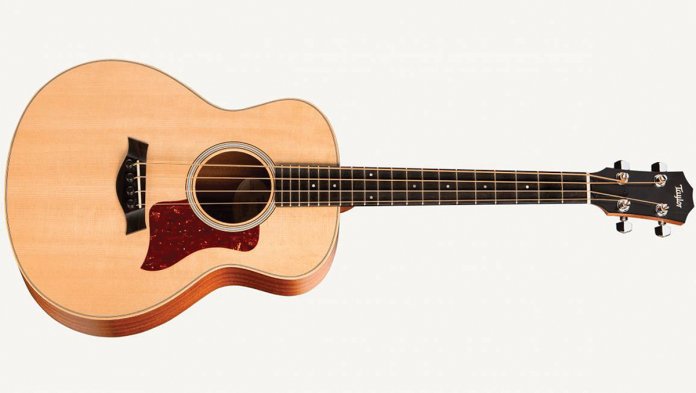 Taylor’s travel and beginner-focused GS Mini range has been a massive boon for the Californian company, but this four-string version is not your average acoustic bass. Because Taylor was determined to stick to the existing GS Mini parameters, it meant the designers had to work with a really short scale length, namely 597mm (23.5 inches). This also meant developing new strings for it.

Taylor hooked up with D’Addario to create a new configuration: a nylon core encased in a phosphor bronze wrap wire, and these are the only strings that work with the Mini Bass’ scale. It’s a compromise of course, but one that’s outweighed by the benefits.

It’s not just the strings where the GS Mini Bass breaks from the norm, however. The traditional-style ebony bridge has new dual-prong polycarbonate pins. The strings are threaded between the prongs which, in turn, securely anchors them, creating an essentially self-locking system, but one that still makes string changes a doddle. This system also enhances the sound quality as it enables a more gradual string bend over the white micarta saddle.

The top is Sitka spruce, with sapele back and sides, and while there’s been some modification to the GS Mini’s internal bracing to make it more bass-oriented, it isn’t a radical change. The heel, neck and headstock are also sapele – the latter divided from the ebony fingerboard by a Nubone nut. The ’board itself has 20 small nickel frets. Plugged in sounds are handled by Taylor’s ES-B system, with controls for volume, tone and the onboard tuner inside the soundhole.

Balance-wise, the Mini Bass is rather headstock-heavy. But, as it only weighs 1.75kgs (3.86lbs), this doesn’t cause any problems in seated position that can’t be solved by a gently positioned forearm, and it’s a similar story around your neck. 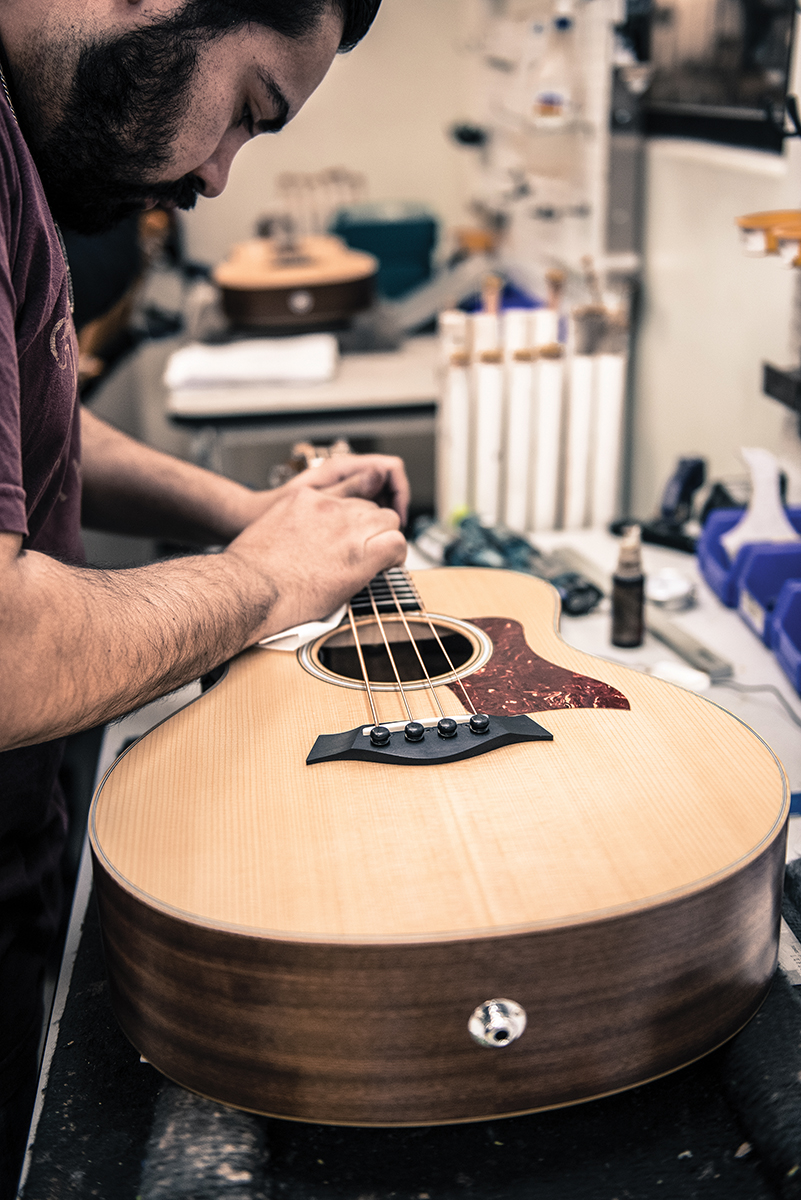 In Use
Make no mistake about it, this is a small bass. The scale is short enough for guitarists to feel comfortable, and for bassists to enjoy flying around the dinky little fretboard. Sure, there’s a slight toy-like feel but that pales into insignificance thanks to how good the GS Mini Bass sounds unplugged. Taylor and D’Addario have done an excellent job on the strings – they’re taut enough for a bass-like vibe but smooth and easy to play.

While not huge and booming, there’s more than enough bottom end for a convincing bass thud and a decent growl, replete with harmonics and projection. It’s clean and solid in the midrange, too, while treble realisation is pleasingly natural, imbuing thinner strings with more than enough in the cut and bite department without rendering them overly clanky. Pretty perfect for sunny day, back garden jamming.

It’s not bad plugged in either. Tone set flat, it’s pretty much the acoustic sound in amplified form, albeit with a tell-tale zing as your note resonates (especially on thinner strings). It’s not a one-trick pony, however. With the tone turned clockwise you get a spiky, more aggressive animal – albeit one that retains the woody acoustic vibe – but cut the tone completely and it veers into upright bass territory. A real bonus to an already impressive instrument. 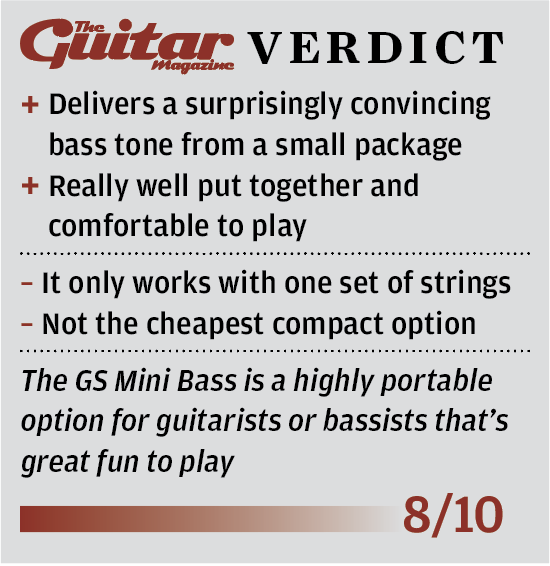